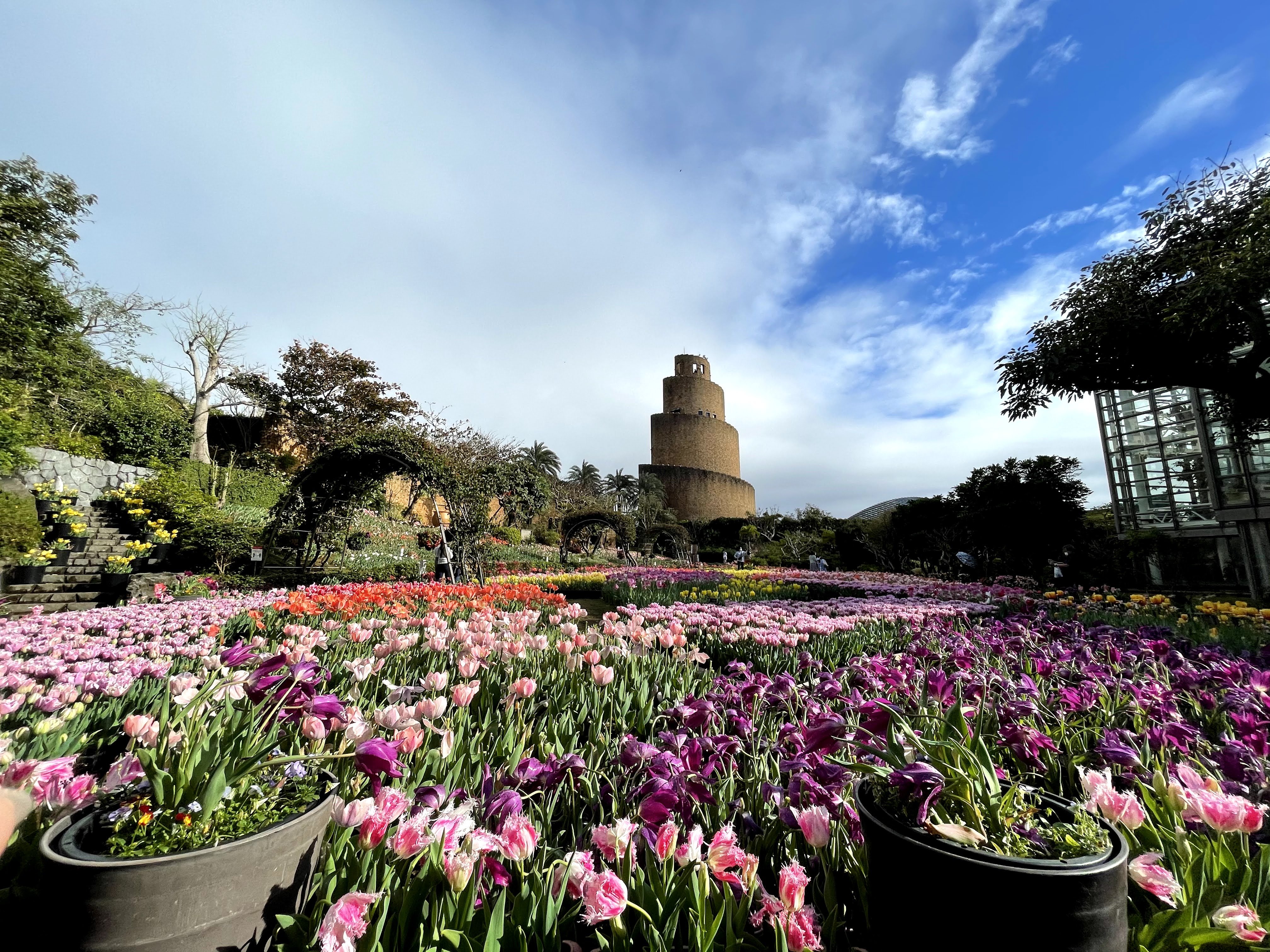 This guide is based on my experiences pre-pandemic, and unfortunately, many of these events have either been postponed until further notice, cancelled, or reduced in scale due to the current and ongoing pandemic. Please remember that there are many COVID-19 restrictions currently in place in Japan, so please follow the directions given by your prefecture regarding travel.

Haisai (male) or Haitai (female), which means “Hello” in Uchinaaguchi, a Ryūkyūan language indigenous to Okinawa, and also welcome! Menso~re!

The temperature is getting warmer, and the sun is also much brighter, which means one thing—it is nearly summer! So, get your sunscreen, bikini, and/or boardshorts ready for some summer fun in the Okinawan sun!

Okinawa Prefecture, formerly the Ryūkyū Kingdom, is so unique and easily dis-tinguishable from mainland Japan in its culture, food, and traditions. Once you step foot on Okinawa, you may feel as if you’ve gone back in time or even to another country, which was the reality a few hundred years ago before the Meiji government annexed it as part of Japan in 1879.

The Ryūkyū Kingdom was an indepen-dent nation that played a central role in maritime trade during the medieval period in East and Southeast Asia. And, tragically, during World War II, the entirety of Okinawa Prefecture became one of the bloodiest battlegrounds in the Pacific theater. Okinawa is now home to half of the 50,000 American troops and their families who are stationed in Japan under the security alliance with
the United States. Because of its rich history, Okinawa has had and continues to have many outside influences that come from America, China, Japan, Korea, Southeast Asia, and elsewhere.
Throughout the world, Okinawa is also known as the “Hawaii of Japan.” This may be because of the beautiful, clear, turquoise-colored waters surrounding the Ryukyu Islands’ archipelago, its diverse history, and Okinawa’s special Yuimaaru spirit, which is similar to the Aloha spirit in Hawaii.

This article serves as a guide to what I believe are the very best summer festivals held in Okinawa each year, while also including useful tips and other recommended spots.

Iejima Lily Festival or Yuri Matsuri usually occurs during Golden Week, with the flowers in peak bloom during the first week of May. During the 10-day Golden Week in 2019, I had the opportunity to visit Ie Island, which is also known as the flower island, with my family and a couple of friends. As we stepped off of the shuttle bus at the Lily Festival, we were promptly greeted by the beautiful sight and smell of hundreds of thousands of pure white Easter Lilies against the backdrop of the East China Sea.

The festival features over one million lilies that blanket the island as far as the eyes can see. You can enjoy a leisurely walk along a path that goes towards the ocean, which features over 90 other various-colored lily varieties as well. There were a ton of food vendors, a children’s bounce house, entertainment, and shaded seating areas for rest and dining. There were bags of Asiatic/Oriental Lily bulbs available for purchase near the shuttle bus waiting area to head back to the Ie Island Port, each costing around 500 yen per bag.

The Dragon Boat Festival or Haarii is normally held over three days during the Golden Week holiday. The Dragon Boat tradition came from China and can be dated back to the 14th century AD. Racing the colorful dragon boats is believed to bring fertility, good health, happiness, prosperity, safe voyages, and wealth. The race begins at Naha port, goes out to sea, and then returns. It is a carnival-like atmosphere with music, eisa and other types of dance, and live entertainment! Be sure to stick around at the end of the third day for the fireworks!

The Sunday before National Sports Day is usually when the annual Naha Tug-of-War event is held. This event is held to bring prosperity and health to Okinawa and its people. It is a popular event that attracts thousands of spectators and participants. The event happens on the Route 58 Kumoji Crossing. In 1997, the event was entered into the Guinness Book of World Records for being the largest tug-of-war event in the world. The rope has a weight of 40 metric tons and is 200 meters long. On each side of the rope, there are approximately 15,000 participants. If you wish to participate, it is best to bring gloves since the straw is very rough and could cause some blistering. If you are lucky enough to score some rope, you can bring it home for some extra luck. It is tradition to shape the piece into a round wreath, decorate, and hang the piece high at the entrance of your home. Along with this event, there is a parade that happens before the event with lion dancing, fan dancing, and martial arts performances.

The Orion Beer Festival is a popular event with ages 20 and up and draws a crowd of nearly 300,000 visitors each year. It is held at the same time as the Okinawa Zentō Eisa Matsuri, so it is possible to go to both events on the same day. This beer festival is a symbol of Okinawan summers. Orion Beer is the perfect refreshment for the warm and humid Okinawan weather. At this event, you can enjoy live performances by some of Okinawa’s greatest bands while sipping on fresh Orion Beer on tap or from the bottle! Don’t forget to buy souvenirs as they will sell out fast!

Every summer on Kokusai Dōri, a busy and lively shopping street in Naha, the 10,000 Eisa Dancers Parade is held. If you can find a good spot to sit or stand on the sidewalk, you will be able to witness many fun and creative eisa dance performances by people from all walks of life! Kokusai Dōri is filled with many restaurants and souvenir shops, so you can eat or shop before or after if you wish!

The Urasoe Tedako Festival is a two-day festival held in Urasoe in the central part of the main island, a little north of Naha. There are various events in this festival, such as the Three Great Urasoe Kings Festival, Tedako Dance, Young Men’s Eisa Performance, and Summer Young Festival. There are also many popular artists from Okinawa who perform at this event, and recently in 2019, Orange Range, Chuning Candy, and Shima Bananas appeared as guest artists! Do not forget to stay for the spectacular fireworks show at the end! I recommend bringing some of your favorite drinks, snacks, and a mat to sit on as well as cash to buy some festival food!

Did you ever hear of Obon? Well, in Japan, it is a time when the spirits of loved ones who have passed return to the world of the living. The Okinawa Zentō Eisa Matsuri is a three-day dancing festival for Okinawans to gather and get ready to welcome their ancestors back home.

On the first day, there are eisa parades, on the second, a youth festival, and on the second and third day, there are more performances and an amazing fireworks and laser show! The festival is held at the Okinawa City Koza Sports Park. There are many food stands, so make sure you bring cash! You can also go next door to the Orion Beer Festival if you want to have some good old Okinawan brew.

I had the awesome opportunity to per-form as a dancer with the Okinawa City International Association Eisa Team (OCIA) on the last day of the festival in 2019, and we had a fun and memorable time! It took many hours of practice, but it was worth it! So if you happen to be in Okinawa towards the end of August, don’t forget to check out this gorgeous festival with traditional Ryūkyū dress, eisa drums, songs, sanshin, and dance!

The Itoman Eisa Festival/Furusato Matsuri is one of my family’s favorite eisa festivals because the venue is located in a small tight-knit community in Itoman where everyone feels like a family. It is a two-day festival where they have eisa performances by different youth groups, and there is also a children’s festival which has games and prizes. Be sure to bring cash because there are also food vendors! At the end of both nights, there is a fireworks and laser show which always attracts a good crowd.

Cash
Okinawa is still a very cash-based society. If you’re planning on eating at local restaurants, chances are the majority of them will only accept cash. It’s good to always have some cash on hand.

Heatstroke Prevention and Warning
Temperatures in Okinawa can become really hot, and coupled with the humidity, it can become dangerous. It is important to make sure to stay hydrated and take a rest when you feel tired. You can also take along some electrolyte chewable tablets to prevent dehydration. I also highly recommend checking out the NHK Heatstroke Warning page for Okinawa.

Transportation
On the main island of Okinawa, renting a car is the most recommended option because it gives you more freedom to travel when you want to and will save you a lot of time instead of waiting for a bus or taxi. The Yui Rail is the only public rail system in Okinawa and can only be used within Naha and some parts of Urasoe. However, you can also use a bus or taxi in any crowded city area of Okinawa if not renting a car.

Enjoy your stay in Okinawa!

Monica Aguilar-Scion is from Mililani, Hawaii. She currently lives in Haebaru, Okinawa, with her husband, Jonathan, and 5-year-old son, Tristan. Her educational background is in Nursing and Music. She teaches at Haebaru Senior High School, Nanbu Commercial High School, and Yaese Special Needs School in the southern part of the main island of Okinawa. In her free time, she enjoys exploring new places with her family, playing classical or world music, volunteering, spending quality time with family and friends, and traveling. If you wish to get in contact with her, please email her at aguilarm@hawaii.edu. Instagram: @hoshi57