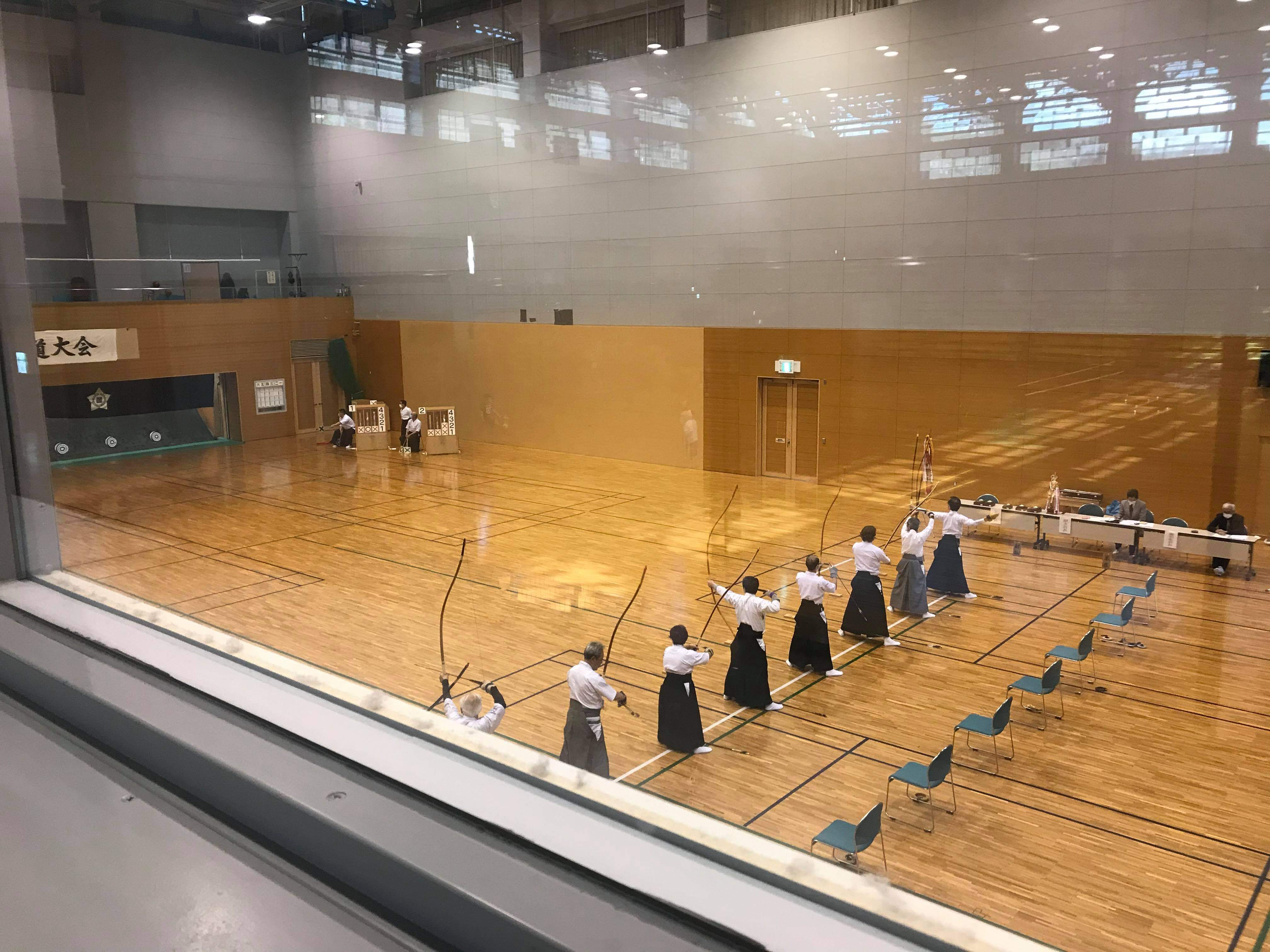 “Kyudo is more than just hitting the target” is likely the first thing you will hear when going to your first kyudo lesson. For quite some time after, you’ll hear it at every following practice as well. This statement is not just to move your mindset away from modern archery, but it also serves as a sort of preamble for all the lessons to come. Kyudo, to me at least, began as a physical sport and has slowly progressed to something more philosophical. I’d like to share a bit about my journey and what I’ve learned in hope that you might also try kyudo someday.

I’ll have done kyudo for five years this month, and in all honesty, five years is not a long time in comparison to others who are also doing it. I’ve met people who have been doing this for 50-60 years, for instance. I still consider myself just a novice, and I’m sure that if I read what I’m writing now 40-50 years later, I would likely cringe. I also worry that those with more experience will read this article and point and laugh—in which case, please go easy on me.

At this point, after countless hours of feeling frustrated, experiencing successes and failures, performing at examinations, reading books, repairing targets, building ranges, and participating in tournaments, I have finally been able to appreciate everything I’ve been taught.

I began kyudo on an invitation and, for some reason or another, was drawn to stay with it. I found—and occasionally still find—my teachers strict. While stressful, it’s within this strictness that I found growth. Some days, I would have to sit and repeatedly practice a simple head bow of only 10 centimeters for almost 15 minutes straight. Some days, it would be hours of just walking in and out of a room. Those things that seemed silly at the time are what allowed me to grow the most. I grew more patient and learned to be more aware of everything I was doing. Because kyudo is judged with the smallest of points, I mean, I had to be aware of literally everything I was doing. Does my breathing match my footsteps? Are my eyes looking at the spot four meters in front of me? Are my elbows at my side? Are my hands correctly on my hips? Are my bow and arrows pointing at the same location? Are my knees bent? All of these checks are just for walking forward. Each stage has a wide assortment of things that need to be corrected and practiced. All of this is just for entering a room, shooting two arrows, and leaving. 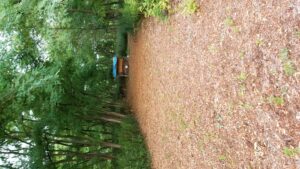 In this regard, you could say kyudo is more a meditation than a sport. This conclusion has been reached by several teachers throughout history. Some schools teach kyudo as a sort of “standing Zen,” some schools try to avoid tests and competitions, some schools encourage tests and competitions because the act of performing in front of people is a test of the heart in and of itself. Nonetheless, in every school, basically everything reduces down to practicing so much that your actions are no longer conscious efforts. Entering the room, shooting the bow, and leaving are all meant to be intrinsically linked to your body as breathing is. Even preparing for practice is considered practice. The bow, the glove, and the arrows are all prepared in a specific way and order. Shooting arrows with the bow is the main activity of kyudo, but the mental aspects are the pillar everything is built on.

Over time, these aspects are applicable outside of kyudo as well. Kyudo teaches you to focus on what you are doing as opposed to what might be happening around you. Shooting an arrow into a target is simple, but in order for it to be done correctly, you must focus. That focus is what strengthens the mind to shoot better. Likewise, doing dishes, gardening, cleaning, etc. are simple; why shouldn’t they also require focus? You begin to realize that nothing deserves to be half-assed. When you have the arrow drawn, there is nothing in your head other than silence. You don’t want to hit the target. You don’t want to miss the target. You just do.

This ties back to the experiences of training. Each activity that seems like a chore teaches something which allows the student to grow more as a person. Performing in front of people has, over time, taught me to be more focused on kyudo and overcome my fear of making mistakes in front of people. Building my own dojo has taught me to take care of and to gently treat the dojos that I visit. Hitting the target has taught me to not revel in success but instead focus on the next arrow. Missing the target has taught me not to dwell on failure. The practice alone teaches focus on what you are doing and prevents distraction by your thoughts. Practicing with others teaches you to be aware of your surroundings and to learn to match the rhythm of everyone else’s archery. Everything is a lesson, and if you don’t treat each lesson seriously, you will not grow.

The lights are dim, and the only sounds that can be heard are the rain on the roof and the occasional rumble of thunder. The white noise is broken by the sound of the string and the quick pop of the arrow hitting the paper target.

My teacher once said to me that kyudo is one of the hardest sports because it, more than most other activities, encompasses what it means to be human. Unlike other sports with an opponent or partner, your successes or failures are all entirely up to you. Hitting the target or not depends entirely on your actions. When you draw your arrow, there is nothing anyone can do to help you. You are alone.

All of this might sound a bit strange, but the feeling of kyudo is something that I’ve found can’t be replicated in other sports. One of my greatest experiences is practicing in my town’s gymnasium during a storm. The lights are dim, and the only sounds that can be heard are the rain on the roof and the occasional rumble of thunder. The white noise is broken by the sound of the string and the quick pop of the arrow hitting the paper target. I’m there, but I’m not there. It’s not me that’s shooting the bow. The arrow is flying due to countless hours of repetition and practice. It’s transitive versus intransitive. It’s a feeling of absolute stillness inside and out.

This sport has really helped me grow as a human being. When I recommend people to give it a shot, the conversation always centers around shooting at a target. However, it’s so hard to express just what’s within it without experiencing it. I hope that, by reading this, you’ll take this advice to heart. The first classes will be rough with a lot of rote memorization and silly mistakes, but if you can stomach the intricacies, you will find yourself in a new light that you didn’t see before. Much like a painter learning techniques of the paint and brush, learning the techniques of the bow and arrow is necessary for you to create something. I hope you find a dojo near you and create something beautiful as well.