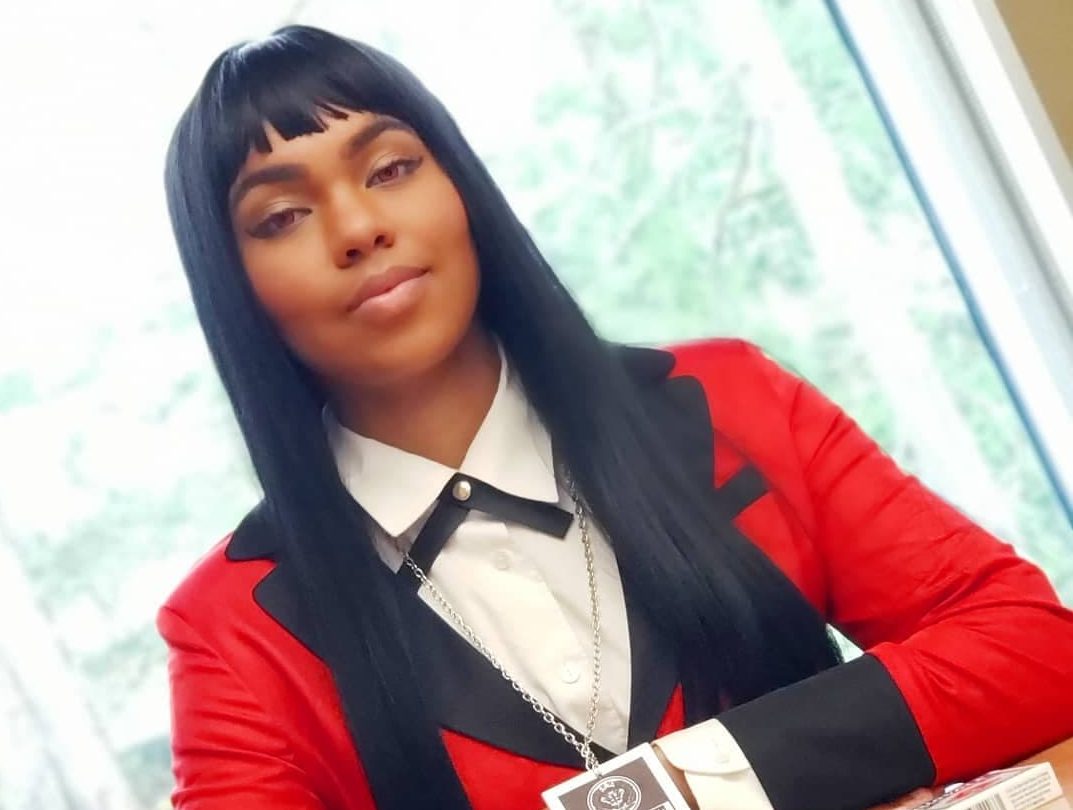 THE CHALLENGES OF COSPLAYING DURING THE PANDEMIC

This article originally featured on page 52 in the May 2021 issue of Connect.

Though cosplay, or character play, originated in America, many cosplayers worldwide look to Japan for inspiration when it comes to anime characters. Cosplay (the act of dressing up as a fictional character) is a labor of love and dedication, with many cosplayers spending hundreds of dollars and countless hours creating their look. In both Japan and America, convention halls and events are typically crowded with cosplayers, photographers, and spectators alike. But during the global COVID-19 pandemic, the landscape of cosplaying has changed. For Kyōto cosplayer Amadara O., 2020 forced her to find alternative avenues for cosplay.

What got you into cosplay?
My first anime convention, Sakura-Con 2009. I was a wee middle schooler, and a friend’s parent took us for a day. I had no idea what cosplay was until then. I was like, “Wow, you can dress up as your favorite characters? And not just on Halloween?” It was awesome!

What cosplay events have you been to in Japan?
I’ve been to Anime Japan and Tokyo Game Show, as well as Halloween in Shibuya. However, these events were actually during my study abroad in Tokyo from 2016-2017, not since I started living and working here more recently. Unfortunately, as I got here in mid-2019, it was the calm before the storm of COVID, and I’d planned to attend a lot of events in 2020 that ended up getting cancelled.

What has cosplay been like since 2020, aka in the age of COVID?
A lot more focus has been put on collaborating with other cosplayers online and doing challenges folks can participate in no matter their location, which is cool, as well as self-shooting your own cosplays and getting creative with indoor settings. In-person convention culture is definitely missed though—it’s hard to replicate the social aspect of that. I really miss con photoshoots and large group cosplays. 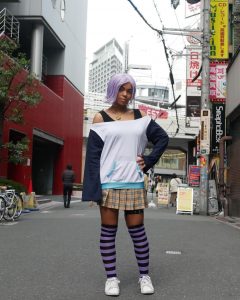 How do you keep yourself safe in the COVID age?
I have asthma, so I’ve been refraining from attending events. Some events may tout the precautions they’re taking for safety, but honestly, I don’t think they’ll be truly safe until vaccines have been rolled out and administered to much of the general population. Masks, hand sanitizer, and plastic partitions alone can only do so much.

What precautions have events taken to keep everyone safe?
From what I’ve seen of events in Japan, it’s
been capping attendance, taking temperatures upon entry, having hand sanitizer available, and using plastic partitions, and sometimes ventilation systems. Most of the larger and more famous events got cancelled and moved online though.

Describe your favorite cosplay that you have done in Japan.
I dressed up as Nezuko from Kimetsu no Yaiba for my elementary school students last year. I had pink contacts, the zori, and everything. Because we had to wear masks at school, I wore a Tanjiro-pattern mask in lieu of the bamboo muzzle. At that time, I had long box braids in, so it was like including a bit of my own culture as a Black cosplayer as well. The students absolutely LOVED it and still talk about it to this day. At the end of the school year, so many of them wrote how they loved “Nezuko-sensei” and thought I looked very cute and beautiful and was “the real Nezuko.” They also had requests for more cosplay in the future—many wanted Shinobu (also from Kimetsu), and she’s been on my cosplay list anyways, so I hope I can deliver this year!

What are the differences between cosplaying in Japan and your home country?
For the events I’ve been to in Japan, it seemed that a lot of the cosplayers were professionals/popular influencers rather than just regular fans. The events also gave off more of a professional expo vibe than the “by the fans, for the fans” vibe that U.S. conventions typically have. At first, I didn’t feel confident cosplaying among that sort of crowd in Japan, though now I definitely would.

For conventions in Japan, you have to change into your cosplay at the venue using their provided changing rooms. You can’t come to the venue in cosplay. Personally, I prefer getting dressed up and doing my makeup in the comfort of my home. There are also a lot more rules around props (like type and size restrictions) and stricter dress codes (for example, wearing a leotard is considered showing too much at some events). These rules vary across events though; some are more lax than others.

One thing I will point out is that I feel less discriminatory vibes being a Black cosplayer in Japan compared to the U.S. It’s a very complicated issue I could write an essay about, but in short, there is a lot of racism and colorism in the cosplay community. Not saying that Japan is a perfect haven though, as I’ve seen Japanese cosplayers use blackface for darker-skinned characters unfortunately too–as well as dark foundation marketed specifically for this purpose—and many shut down the conversation immediately when you try to educate them on why it is wrong. That is another issue itself. 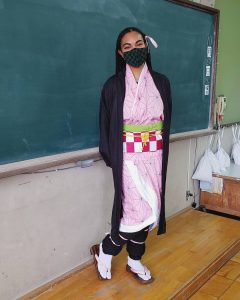 In general, I’ve had great reception cosplaying any character, regardless of skin tone, and don’t feel the same racist scrutiny that I sometimes get in the U.S. for cosplaying certain characters. People see me as the character itself and not the “Black” and/or “inaccurate” version.

What advice do you have for cosplaying in Japan?
Enjoy yourself, cosplay whoever you want, and just make sure you are aware of the protocols for events that may be different from events in your home country, such as the use of changing rooms, specific photo areas, weapons/prop rules, and the amount of skin you can show. I’m sure many people will enjoy seeing your cosplay!

What advice do you have for cosplaying in Japan as COVID persists?
Stay safe, research event precautions and protocols, and only do what you feel comfortable with. Don’t feel pressured to attend events either. There are many ways to enjoy cosplay and be creative at home or close to home. Hopefully by this time next year, events can start returning at more of a normal capacity. Everyone misses cons and cosplaying together, but we just have to sit tight until things get better. We can do this!

Rhema Baquero is a third-year ALT from America, placed in the great port city of Kobe. In America, she is a certified teacher of Journalism, English and Technology. She can often be found in a coffee shop either reading, writing, drawing, or studying Japanese. After playing rugby at university and graduate school, she was excited to finally attend the Rugby World Cup in 2019.

Amadara Oguara is a second-year ALT from Seattle, WA, USA, living in the cultural heart of Kyoto. When she is not teaching or cosplaying, she enjoys music, shopping, travelling, adoring cats, and taking part in any opportunity to enjoy Japan’s rich and beautiful culture. Coming from a racial background of Nigerian and Native American as well as holding a BA in International Relations, she is a huge proponent of diversity, cultural exchange, and education.