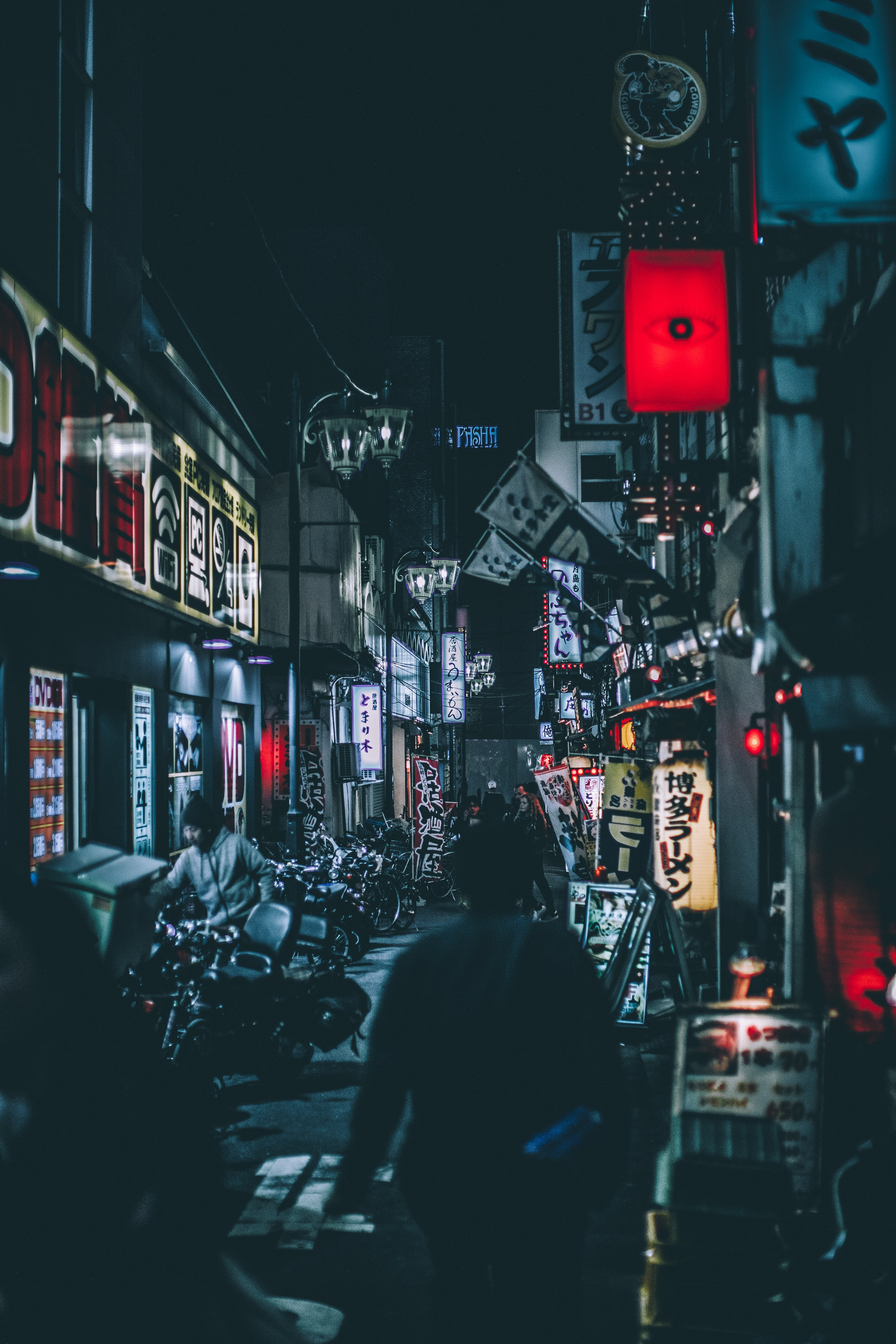 The coronavirus pandemic has created a number of noticeable changes around the world, and Tōkyō is no exception. Formerly packed late-night trains buzzing with laughter and camaraderie have largely quieted as 8 p.m. curfews have stunted the city’s once famously busy nightlife scene. “Take-out” has become the new “dine-in,” many companies have lessened the morning rush hour crowds as work-from-home initiatives have drastically reshaped the Japanese work culture, and some schools have opted to teach students from the comfort of their own homes. Amidst the chaos of sweeping societal changes, one important aspect of society may have been consistently overlooked: the issue of Tōkyō’s homeless community.

Even before COVID-19 rocked the Tōkyō community, homelessness in Japan has been historically swept under the rug. Many who visit Japan even say that there doesn’t seem to be (1) a visible homeless population. However, one late-night visit to Shinjuku Station will cure you of the notion that there’s no homelessness in the city. As the last trains send Tōkyōites running through the station to catch their essential transfers, you’ll find many citizens winding down for the evening, propping up ripped cardboard make-shift walls, rolling out sleeping bags, and counting collected yen coins in worn containers. The first time I sprinted through the station, intent on tapping my Pasmo card on time, I almost stopped in my tracks as I took in a cardboard skyline of hastily-built sleeping arrangements. It hadn’t occurred to me that the station, one of the busiest in the world by day, could transform into a safe place to land for an entire community of Japanese citizens by night. Homelessness had, until that point, remained hidden from plain sight from me for the first few weeks I’d lived in Japan.

The issue of homelessness in Japan can be a tough one to tackle as homelessness is considered “less visible” in the island nation than in many other countries. The widely-accepted image of Japan as a neat, prosperous, and orderly society can push many to avoid thinking about its own homeless community.

A densely-packed metropolis, there are an estimated three to five thousand (1) homeless Tōkyō citizens out of around 14 million residents in Japan’s capital, less than one percent of the total population. Compared to a country such as the United States, a nation with a burgeoning wealth disparity and shocking urban homeless problem, this may seem like an insignificant number. In fact, the homeless population in Japan seems to be shrinking (2) year by year, with the largest concentration of Japan’s homeless living in the city of Ōsaka, followed by Tōkyō. This information may cause many to dismiss the issue, assuming that the problem is essentially solved. This would be a grave misconception. 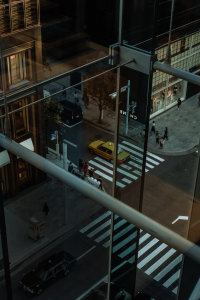 The Borgen Project (3), an international nonprofit organization dedicated to alleviating global poverty, argues that, though the numbers may appear to be low, these numbers may be significantly underreported. Homelessness in Japan is often considered significantly “under-researched,” especially since many people can be left uncounted due to the fact that some struggling working professionals find themselves camping overnight in budget capsule hotels, low-cost Internet cafes, and late-night establishments. Therefore, the problem may be broader than the numbers suggest at first glance. Even less visible are those who choose to shy away from packed places, such as train stations, to avoid judgement, instead camping in more remote places, such as along riverbanks. The Advocacy and Research Centre for Homelessness has also (4) criticized the reported numbers as not being accurate, estimating the true numbers could be up to two and a half times larger than those reported officially.

Compounding this potential underrepresentation, there is a growing concern that largely silent economic struggles, spurred on by increasing financial hardships due to the pandemic, may cause Japan to see an increase in homelessness over the course of the coming year. This is a huge issue since Tōkyō doesn’t have the best track record when it comes to its treatment of the homeless community. Perhaps most famously, there was public outcry as the homeless community faced forced government evictions (5) ahead of the impending 2020 Olympics, with officials threatening to oust its homeless residents camped in train stations and crowded public spaces without offering what many felt were adequate alternatives. Culturally, the stigmas associated with homelessness in Japanese culture could also discourage those on the brink of extreme poverty in 2021 from seeking help. There is a general perception (4) in Japanese culture that homelessness equates to laziness (at best). This stigma can have damaging effects on these already vulnerable citizens, compounding mental health issues and making daily life even more of a struggle. This could, understandably, discourage those struggling with financial hardships from seeking out aid.

In addition to the usual struggles of living on the streets, the coronavirus pandemic is thought to be even more dangerous for the homeless community. This is due to a number of factors, including the potential for increased exposure. Additionally, many members of the homeless community lack access to health insurance. Though they are eligible to apply to be insured via welfare, the stigmas associated with homelessness can lead many ward offices to inadvertently discourage (4) the homeless from applying for assistance. This stigmatization and focus on the importance of self-reliance could prove very dangerous for the health and well-being of many. There are concerns that many shelters aren’t set up to properly avoid viral outbreaks.Furthermore, a Ministry of Health, Labor and Welfare survey in 2017 found that almost half of Tōkyō’s homeless population are elderly, making them more susceptible to COVID-19[[pull-quote]]. Even with such stigmas, in May of 2020, public housing inquiries (6) exceeded 1,000 as residents hit hard by the pandemic found themselves suddenly without a home. Many Internet cafes shut down due to restrictions, narrowing overnight options. It is thought that up to 4,000 (7) residents used these cafes as a housing alternative. In a rush to mitigate damage, city officials launched a program to provide temporary accommodations via hotel rooms, and a sports hall was repurposed in Saitama for up to 200 residents. However, these measures are not a long-term solution, and the pandemic looks as if it could affect the economy for a number of years to come.

Tsuyoshi Inaba (4), an advocate for homeless people’s rights and co-founder of the nonprofit, Moyai, expressed his concern about the impact of the pandemic on homelessness in Tōkyō, stating that the “. . . economy will get worse and people will lose their jobs . . . people who are freelance or self-employed won’t have any work. Day laborers won’t have work. People won’t have enough money to pay their rent . . . we put out an emergency appeal for landlords not to evict tenants who can’t pay their rent. If they throw them out, they’ll become homeless. I’m worried that the number of people on the streets is going to increase.”

There are organizations thinking ahead to avert a looming crisis in Tōkyō and to assist those who are currently living without a permanent place of residence. Despite potential hurdles, there are reasons to be optimistic. Since the 1990s, homelessness in Japan has generally decreased, and there are many organizations working to assist those who are struggling with homelessness in Japan. Jean Le Beau (4), the director of the nonprofit, Sanyūkai, says that many people have the wrong idea about the homeless community. Le Beau argues that, despite prejudice, many homeless people are extremely hardworking and want to improve their situation. He says that “there are very few people who have gotten used to being homeless. No one wants to be homeless. They’re homeless because of their circumstances.” Sanyūkaiprovides access to food, shelter, and medical care for those in the Sanya area of northeast Tōkyō.

One potential solution that still preserves a sense of dignity for those who find themselves homeless could lie in a housing first approach, which allows residents to skip potentially crowded shelters and to be moved directly into a one-person apartment. Kenji Seino, director of the nonprofit, Tenohasi, which provides resources for the homeless community, believes a housing first approach would be preferable to communal shelters. In 2014, Tsukuroi House near Numabukuro Station in Tōkyō’s Nakano Ward was established to do just that. Since then, Tsukuroi House (4) has helped around 60 individuals to get back on their feet and to rent one-person apartments. In 2017, Tsukuroi Tōkyō Fund helped to set up Shio No Michi cafe, where those who have transitioned from shelter life to living on their own in apartments can gather to make friends and find community support in one another. Jobs are also available at the cafe. One formerly homeless resident, Motonobu Watanabe, has said, “I never had a place that I could call home before or people that I belonged with . . . I was always on my own. Now, there are people who care about me.”

How can we make strides to make the city a more hospitable, empathetic, and kinder place to be in for those who are struggling with housing costs in a pandemic? It would seem the first step would be to increase the visibility of the issue of homelessness in Tōkyō. Until we acknowledge that there is a community in Tōkyōthat could use support, one that appears to be hidden in plain sight, these issues will only continue. Let’s do what we can to destigmatize the issue of homelessness in Japan and continue to advocate for those who could use support the most in these uncertain times.

Lisa Paper is a Tōkyō JET and a returned Peace Corps volunteer. She studied English and Telecommunications at the University of Florida.