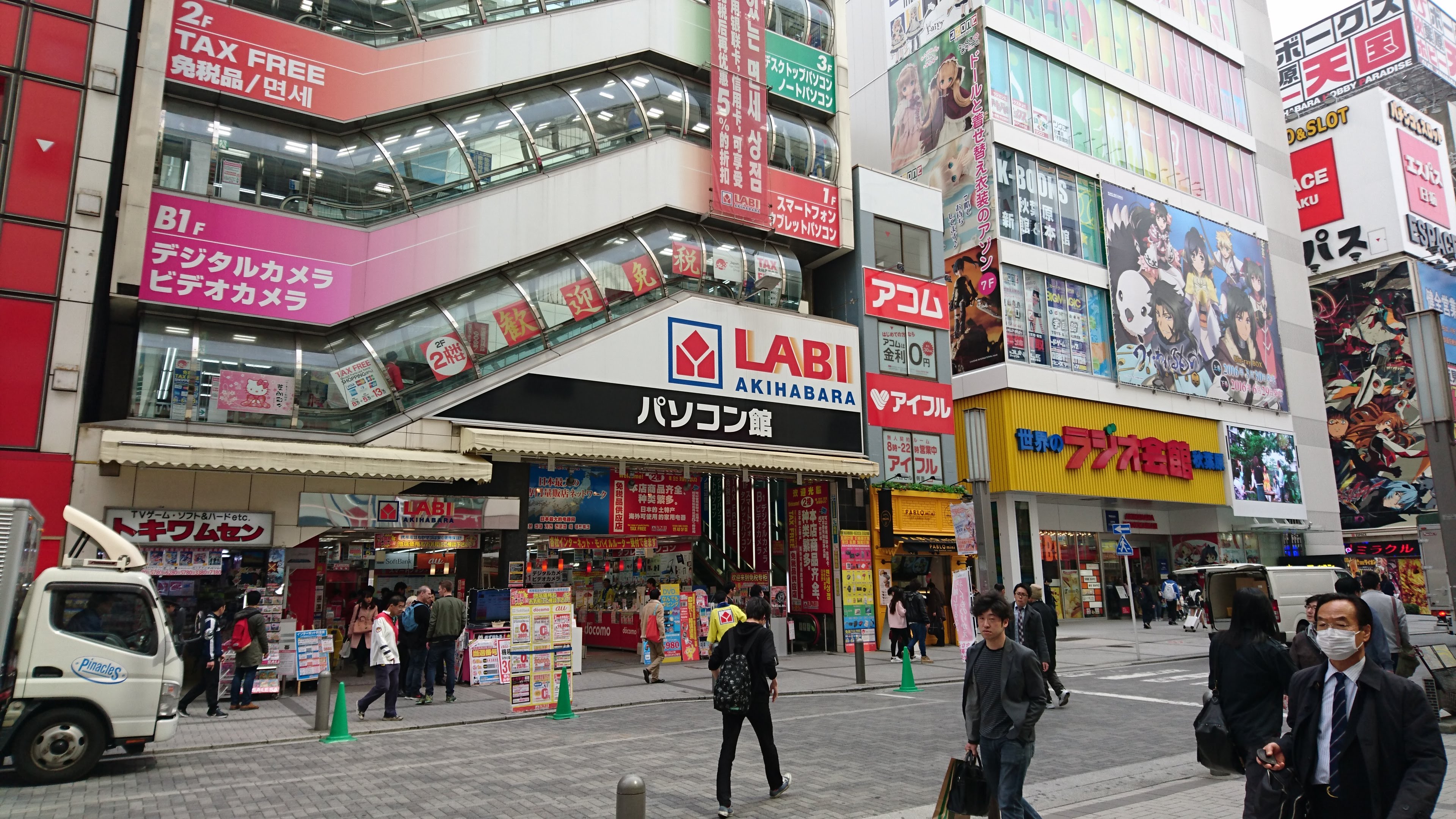 The term anime pilgrimage is being used more and more when talking about purposeful travel to a location linked to a particular type of Japanese media. The name “anime pilgrimage” here implies that these pilgrimages are only inspired by anime, but anime pilgrimages involve visiting sites depicted in various media linked to otaku culture, such as anime, manga, video games, and any other pertaining forms of media.

In order to further understand this peculiar type of travel and the motivations behind it, it is useful to look at the history of travel habits in Japan. The obvious place to start is, of course, with the representative word for journeys in historic Japan: tabi. The prevalence of tabi no bunka (culture of travel) is intrinsically linked with literature. Travelogues and travel writings were a significant part of classical Japanese literature that were not only seen as entertainment but also were used as travel guides to a certain extent. Travel records such as diaries (nikki) like the Tosa Nikki or tales (monogatari) like the Ise Monogatari from the Heian Period are some of the oldest examples of this type of writing.

The travelogue format reached its peak in the Edo Period (1600 -1868). With travel becoming more readily available

through the construction of national roads, many more poets began publishing their literary journeys. They would follow a specific format of first giving a geographical description, then giving more specific details about the roads before finally illustrating the feelings of the author through the use of poems. The inclusion of poems made travel mostly about the individual and the human experience of discovering oneself through the journey. Through changing someone’s circumstances and environment, the tabi provided an opportunity for the individual to look at oneself without the stress, weight, and duties of their everyday mundane life.

Before travel became a leisure activity, the two main purposes were, fittingly, going on pilgrimages and visiting hot springs, with the former being the main reason for people to depart on a journey. While the term pilgrimage implies religious intent, some were merely initiated with the purpose of visiting beautiful locations, most of which happened to pertain to religious institutions as well. Some of those pilgrimages included several stops like the 88 temples of the Shikoku Pilgrimage or the 33 holy sites of Kannon in the Western Provinces, while others were simply one specific location like a holy mountain.

Pilgrimages were also paramount in developing and building modern Japan since a great number of contemporary urban centres were created and thrived as settlements to accommodate pilgrims along the road. And though the term tabi traditionally refers to a journey made on foot, and despite the existence of the more contemporary word ryokō (travel, trip), the word tabi is still widely used in the modern-day, especially when referring to journeys with pilgrimage-like undertones.

The term pilgrimage, as it is used above and as we usually know it, suggests a type of travel inspired by faith and religion. Okamoto Ryosuke defines a religious pilgrimage as “a journey to see where saints or originators of religions were born or buried, places that had a connection with those persons during their lives, or spots linked to gods and spirits.” (1) In other words: a journey to any sacred site. He further points out the massive secularisation of society that came alongside modernisation, bringing with it an increase of pilgrimages with non-religious undertones. Some even follow traditional pilgrimage routes but without religious faith as the motivation behind the journey. Sacred places can now be born from beliefs unrelated to religion, but most are related to something deeply personal and spiritual. One such place is Washinomiya Shrine, a Shintō shrine that became a sacred place for some individuals not because of religious reasons but because it appeared in the opening of the anime Lucky Star, becoming thereafter an anime pilgrimage site. 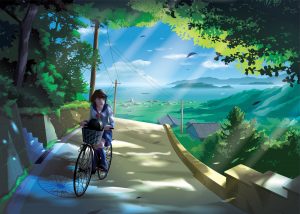 Anime Pilgrimages as a Secular Replacement

This finally brings us to our main topic of anime pilgrimages, what they are, and why fans are eager to visit them. The term “anime pilgrimage” comes from the fans themselves who use the term seichi junrei (literally “pilgrimages to sacred sites”) to describe their visits to anime-related sites. The sacred sites (seichi) depicted in anime and other media are the primary destinations for anime pilgrimages and, thus, for the fans. The most common motivation behind this sort of travel is simply the desire to visit the location that served as the setting for a story that the fans enjoyed and the wish to interact with it. It can also be a way for the fans to personally experience the story through active and physical participation and interaction with the site’s environment.

But how do fans find out about the location to begin with? Most often, unless the location is directly advertised by the copyright holding company that the media belongs to, it is the fans themselves who actively look for it. This type of fan, often called a “pioneer,” actively researches locations featured in the anime by using landmarks, outstanding geographical features, road signs, and map applications, such as Google Street View. This type of fan behaviour has a specific name: butai tanbō or “scene hunting”. Once the scene hunters have successfully located a pilgrimage site, they create travel guides for fellow fans to enjoy and post them on social media, leading to a bigger wave of anime pilgrims making their way to the newly found site.

As mentioned above, the main goal of visiting an anime pilgrimage site is to interact with it in one way or another. There are, of course, dozens of different ways to do so, but some common behaviours include scene recreation, which usually entails recreating a scene by taking a picture at the same exact angle as in the anime; leaving mementoes at the location, the most common being notebooks filled with drawings and messages; live updates on social media; cosplaying; or simply interacting with other anime pilgrims or local residents.

There are many famous anime pilgrimage sites; the most famous one may be the Akihabara district itself, as it is the ultimate pilgrimage destination just due to the sheer amount of anime-related merchandise found there. In Tōkyō alone, there are dozens of locations that are associated with some form of otaku media, thus becoming pilgrimage destinations. Fans of the manga/anime Durarara!! can head to Ikebukuro, those of Steins;Gate to Akihabara, for the movie Your Name locations can be found around Shinjuku and Yotsuya, and Azabu-jūban is the perfect destination for Sailor Moon fans. For locations outside of Tōkyō, Hakone is famous for being a pilgrimage site for Evangelion, with the area holding regular events for fans; Toyosato in Shiga Prefecture is the setting of K-On!; and Obihiro in Hokkaidō is the backdrop for Silver Spoon.

One of the most studied pilgrimage sites is the Washimiya District of Kuki City in Saitama Prefecture. It is the setting of the extremely popular Lucky Star franchise, a manga/anime that follows the daily life of a group of young female friends. The anime quickly reached peak success in 2007, mostly due to its slice-of-life genre. The opening song features a couple of local landmarks, such as Washinomiya Shrine and a tea house, that quickly became popular with fans as pilgrimage sites. With an agreement passed between the local Commerce and Industry Association and the rights holder Kadokawa, the local municipality was able to start selling Lucky Star merchandise, which proved to be very popular with the visiting fans and an advantageous business for the city.

Anime pilgrimages offer fans a unique way to experience and interact with the media they feel connected to while at the same time providing an opportunity for local municipalities to revitalise their economy, particularly in the case of pilgrimage sites located in rural areas. The success of a media location depends highly on the cooperation between the fans, the local municipality, and the copyright holders, creating a highly dynamic relationship. As Japan is a country with a high prevalence of polymedial texts (in which core meaning is found across multiple media platforms), it is the perfect location for an abundance of media tourism destinations, whether they are related to anime, literature, films, or dramas.

Cover image: Akihabara in Tokyo is a major destination for fans of Steins;Gate and anime in general.

Nathalie Pascaru is a specialist in media travel with an interest in helping destinations, media owners, and marketers utilise Japanese texts and spaces to promote real-world engagement with media. An alumnus of the University of Oxford and Waseda University, she is an avid traveler and an amateur film photography enthusiast. Photography page: @totheedgeofnight