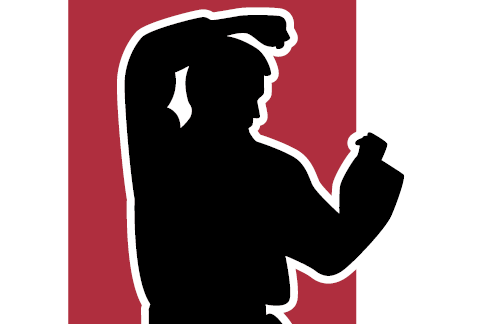 Introductions to Karate-do in Rural Hokkaido

It’s October when one of my first-year junior high school students approaches me after English class. He is shockingly tall, but quiet and reserved, and I have to ask him to repeat himself to make sure I correctly understood what he said with my very limited Japanese. But, no, I heard him right the first time: would I be willing to come to Karate club practice next week? Maybe it says something about me that my mind raced to find an excuse not to go, that the first thoughts in my head were about the coronavirus, lesson prep, or making dinners. It was my secondary thoughts that won out in the end, the ones that said, “Say yes. Even when you’re not sure, even when you doubt yourself, say yes.”

Living in a rural town in Hokkaidō means that options are limited. There are few martial arts clubs, even fewer places to practice, and barely a handful of members available to join. So, when I walked into the auxiliary gym of my town’s only junior high school, I didn’t expect a full roster of students, but I was still taken aback by just how small the “club” really is. My first-year student and his two high-school-aged brothers are the club’s only black belts, and an elementary school boy less than half my height is the only other student. Despite it being the norm that I stick out while living in Japan, my nerves still have me listing out every current irregularity as I watch the others warm-up before practice: I am the only foreigner, the only woman, the only adult. Wearing whatever comfortable and loose-fitting clothing I own, I stick out in another way, my dark pants and purple sweatshirt clashing against the clean, crisp lines of the others’ white Karate gi and colorful obi. Fortunately, this is not my first time dealing with the anxiety of trying something new while abroad, and I rationally know I just need to push past the initial fear of failure before I’ll begin enjoying myself, but the feeling is uncomfortable nonetheless.

There is no introduction before class starts, no explanation for the order or opening ritual, but if I’m honest with myself, I wouldn’t have understood it anyway. The best I can do is mimic what I see each of the others doing out of the corner of my eye: kneel; meditate; bow once; bow again; wait, they put their left hand down first, should I do that too? Bow; stand; stretch, thankful I can at least count to eight in Japanese. Moving on to practicing strikes and blocks, the black belts turn and face the younger green belt and me. The name of the movement is said at the start of each set, but I can barely keep up with putting my hands in the correct starting position. The eldest black belt directly across from me slows down his movements, exaggerating the details he sees me missing, and resuming his natural speed once I copy him satisfactorily. It brings some relief that, while there are always going to be a language barrier and learning curves, some teachings and kindnesses can still exist unspoken.

Despite Hollywood’s insistence that Karate is the epitome of Japanese martial arts, it’s history is much more diverse. In some ways, Karate is only about as Japanese as ramen. Developed on what are now the islands of Okinawa and inspired by the Fujian tradesmen who travelled and settled in the area, Karate is actually a homophone, the original kanji being 唐手, referring to the first century Tang Dynasty of the Chinese Empire, rather than 空手, which was adopted in 1935. Karate would branch and evolve one more time in post-WWII Korea, where the Korean reading of its original name 唐手道 (Tang Soo Do) would become Taekwondo, but still retain many of the fundamentals and kata (forms) of modern Karate.

It’s November, and we are practicing in the judo building behind the town hall. After a month of practices, the club is slightly bigger than I first thought. Various adult instructors attend when they are available, and another young woman from the next town has been occasionally practicing with the club for about a year. She is originally from the Philippines, and we joke about learning a second (or third) language and the difference in weather. I rely on her half the time for translations but have otherwise gotten into a rhythm of nodding along to the slow bit of Japanese I’ve picked up and gesturing. I’d feel like a burden if I didn’t leave every week with some small gift from the others in the club or their parents: sports drinks on a particularly strenuous day, homegrown potatoes and daikon, or once a Karate-themed tenugui. Practice ends (seiza, meditate, bow, bow, bow, owarimasu, otsukaresamadesu), and my first-year student’s mother waves me over, bag in hand. I’m already thinking about vegetable soup when, instead, a lightly greyed and worn gi is produced. She has me try it on while explaining that it was her son’s and has since been out-grown. I laugh as the sleeves only come to half my forearms and at the old white obi’s tiny tails as it barely knots around my waist. Could the gentle giant that helped me through learning to snap during the punches of my first kata have ever really been this small? It was yet another gift, a small gesture to make me feel like I belonged and was welcomed.

No matter its history or how the laymen of the outside world view it, Karate is not and never will be solely a Japanese art. A boom of international schools and clubs began post-WWII, particularly in English-speaking and European countries. Karate has been a part of the World Games since the 1980s and has begun to spread in the past decade in Africa, especially in South Africa and Ghana. It was submitted for inclusion into the Olympic Games in 2015 and will debut this year at the Tokyō Summer Olympics. With estimates of as many as 100 million practitioners worldwide, Karate has perhaps returned almost fully to its Okinawan roots: the art of those without weapons or rank shared and taught among the travelers and locals alike as a means of cultural exchange and community.

It’s December and the last practice of the year. The older heaters are losing their battle against the Hokkaidō winter, and the long sleeves of my extra layers peeking out from my borrowed gi do little to keep me warm. Class begins with words it took me three months to understand. Seiza. Meiso. Rei. Rei. Rei. Tatte. My mind wanders as we go through the stretches, thinking about the small handful of people in the dojo I’ve become so grateful for. The shy student who plucked up the courage to invite me. The high schoolers correcting my form in a mixture of languages and examples. The boundless energy that can only be found in grade-schoolers. The patient and kind fellow female foreigner. The variety of instructors, old and young, local and visiting. The chatting parents in the back of the room, making sure all in the club are watered and fed and clothed. In a country that can feel so homogenous, sticking out can often lead to being hammered down, but I feel incredibly lucky that I found a sense of belonging while still being me. The white on my belt may mean that I still have much to learn, but none of us have to learn it alone, and the more forgiving of ourselves we are, the further we can grow.

Alexa Fett Fisher is a second-year JET based in Samani, Hokkaidō. Originally from the Chicagoland area, she is currently spoiled by the picturesque views of ocean, mountains, and stars that rural living provides. She also writes and produces dramatic podcasts for Dayton Writers Movement.

email
From the Magazine, Lifestyle, WellnessHokkaidokarate