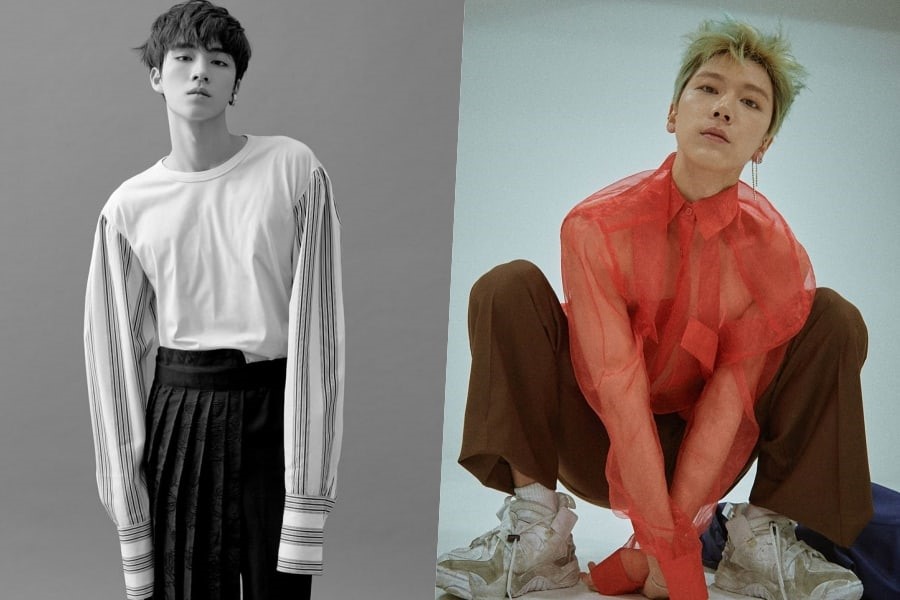 Harry Styles exploded into the media once again after becoming the first man to ever appear solo on the cover of Vogue in November, and he did it all wearing a dress. While many supported Styles, a tweet written by conservative commentator Candice Owens circulated online blasting the singer for his choice of garment. The tweet disapprovingly called for a revival of traditional gender-norms with the tagline “Bring back manly men.”
He blasted back by posting a picture of himself eating a banana and reclaiming the mocking phrase as the caption. These actions helped some people in the general public to acknowledge a new age of gender expression. A place where asking pronouns is becoming more commonplace and even the idea of a conventional binary gender system being acknowledged as arbitrary. As such, transgressive clothing choices are on the rise. It would be easy to pitch masculinity and femininity against each other.

The fight to achieve the ideal vision of beauty is a tale as old as time for women and femme-identifying people. Magazines can attribute their success to feeding on their insecurities, no matter where they live. Whether the battlefield is in London or Tōkyō, a minefield is still a minefield. I remember the stares my friend received on an Ōsaka subway for wearing a crop top at night.

It’s not just a faux-pas in the wardrobe department that can make you a fashion outcast. Now that the world of fashion has been globalised, with social media dictating the trends just as much as fashion houses, there are new battles arising. Whether it be modesty vs. exposure, dark skin vs. light skin, dramatic vs. soft make-up, sexy vs. cute—there are more ways than ever to feel “in fashion,” but there are also more ways to be discriminated against for your choices. These themes are very telling of the discrepancies between how ideal fashion is viewed through the lenses of different communities. And so, I was intrigued to look at the same issue from a different angle.

Like Styles, I’m also a white British man whose fashion and self-expression has changed over time. Unlike Styles, I’m not an internationally acclaimed musician or icon in any way. However, after noticing his shoot, I couldn’t help but scrutinise my own fashion choices over the last few years. In my case, the influencing factor in my style progression was the fact that I now live in Japan. Even in the depths of the countryside, somewhere not known for being particularly fashion-forward as somewhere like Tōkyō, the feminine inspirations in men’s style are still noteworthy. In stores, tall, slender mannequins sporting oversized flowing silhouettes proudly market the “ideal” look. In stations, posters of idol members display their soft make-up, floppy hair and dangly earrings.

This new environment has obviously had an impact on me. After a new wardrobe, a perm, a significant amount of weight loss, an earring and starting to apply simple make-up, maybe I am slightly closer to what is considered the “standard” here in Japan. I took to TikTok to document my change where I was met with mainly positive comments. A few—perhaps jokingly—said I had been “Japanised.” Speaking of TikTok, you may be aware of the phenomenon known as the e-boy.

Of course, all of this seems to have come into the mainstream very quickly. So, considering the upheaval of last year, did commands to stay home give men space to try something new without fear of being judged (or worse)? Without the routine of school, work, or the threat of judgement from family or friends to dissuade them, lockdowns saw men curiously pick up the nail varnish. Many proudly shared their designs on TikTok and Instagram. Many of those experimenting with their self-expression in this way found community in the culture of “e-girls” and “e-boys” (electronic girls and boys) that has had growing popularity in recent years. This isn’t the first time that a wave of young men has painted their nails and embraced more feminine styles. Typically, chipped black nails were associated with the punk and emo subcultures of the 90s and early 2000s. By definition, a subculture goes against the
grain of mainstream society, so it makes perfect sense that Avril Lavigne-era skater boys would lacquer their nails to give the middle finger to rigid societal norms. Although at the time it might not have seemed to be much more than kids being punks, it has evolved into a statement against an outdated binary. As has been previously mentioned, fashion comes in swings and roundabouts, so it is about time that Gen Z brought the look back to the spotlight (or ring light). In fact, the e-boy staples seem to give a nod to the subculture’s emo origins, as grungy padlock necklaces and heavy chains are considered a staple alongside dangly earrings. A perfect blend of masculine and feminine.

Some might argue many men are joining this trend to “get clout,” as it were, meaning to garner a sense of power or influence, specifically by winning over online followers. That’s what a trend is though; it’s picked up, gathers traction, becomes overused, then changes into something else. Which brings us to the rise of *shudders* . . . maid outfits. I just had a flashback to visiting a maid café in Ōsaka (an experience I don’t want to repeat). However, this time it’s not middle-aged women eerily speaking in young squeaky voices while serving middle-aged customers. It’s once again young men who are the ones mass-ordering the kind of outfit that stereotypical “weebs” (foreigners obsessed with Japan) would want their anime waifu (wife) to wear, in order to be noticed. So what we have now is more men indeed wearing dresses, but is it all in the name of freedom of expression? Some TikTokers are against it, citing fetishisation of Asian men, which perpetuates stereotypes of submission and inferiority.

I don’t typically buy fashion magazines, but I started a few months ago. While perusing the glossy photos of such magazines like those above, I realised that I’d seen the same angular cut, and flowing drape of clothing before. I had seen people who didn’t identify as women wearing dresses at publicised events before. For example, Johnathan Van Ness, widely known from the hit life-makeover show “Queer Eye,” often shows off their “women’s” clothes on their Instagram account. Actor and singer Billy Porter iconically wore his tuxedo/gown combo to the Oscars in February 2019. He also wore an outfit designed to resemble a uterus to the Tony Awards in June of the same year, to honour the women’s reproductive rights moment.

So when it comes to the December issue of Vogue featuring Harry Styles, why is the world going crazy over this seemingly unoriginal move? The answer is that Vogue deciding to publish the photo of Styles has set in motion the wheels of acceptance of gender-non-conformance on a large scale. And thanks to what is probably the biggest film centred around fashion, “fashion influences everything.” In “The Devil Wears Prada”, Meryl Streep’s scathing character enlightened us all to how fashion influences our choices, even if we are unaware of it.

Once the biggest fashion magazine in the world OKs something, it will trickle down until even the most unassuming man who doesn’t seemingly care about his clothing choices picks up a reincarnation of a once controversial piece that ended up in a fast-fashion shop.

So is femininity the new trend? Or is it accep-tance? And if yes, when will it become so last season? Even if the next autumn/winter selection has moved on from the place of acceptance we are experiencing now, just remember that fashion always comes full circle.

There seems to be a bittersweetness to this. As advancements towards freedom of expression are being made, disappointingly it is typically straight, cis, white (in the case of Styles) men being applauded for doing something that, specifically, Black, indigenous and other queer people of colour have been doing in their daily lives since time gone by. What’s more, there seems to be a certain irony in Japanese men’s fashion being inspired by queer culture, in a country where LGBTQIA+ people are not often fairly represented.

And while some might see themselves as pioneers, or simply even fashion-conscious in
this new age of gender fluidity, whether they
know it or not, men around the world have a lot
to owe to queer fashion icons who broke the ground on merging once-gendered fashion.

Brett is a 26-year-old part-time writer/full-time foreigner from the U.K. Having lived in rural Japan for two and a half years, he is now the main character. Instagram/TikTok: @yasaitabetai