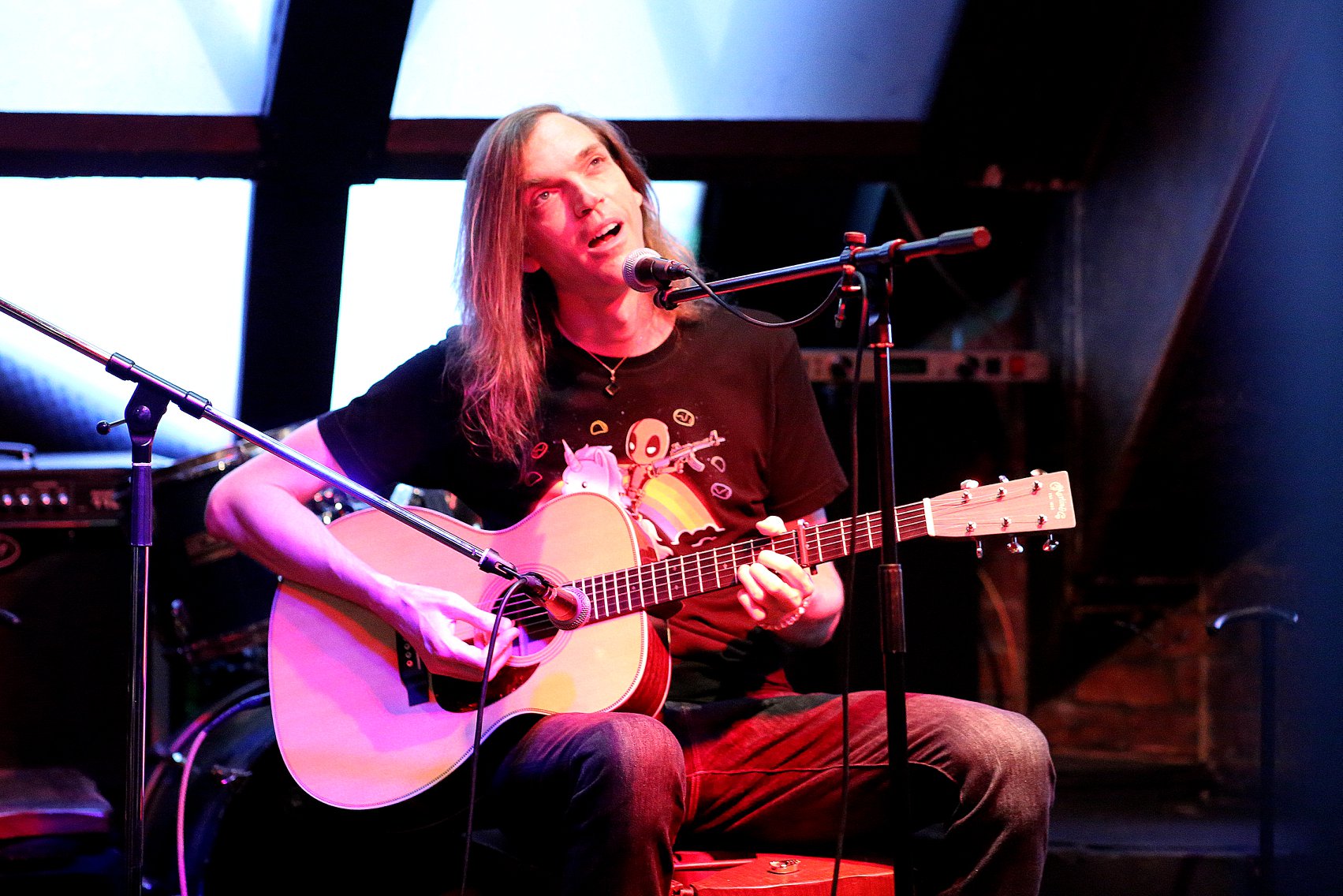 Though it may not look it outwardly, Tōkyō is one of the most diverse places around, and home to a bustling live music scene that would hold its own against Austin, Nashville or any other chic music city. What makes Tōkyō, and Japan, to a larger extent, special is that the idea of performance seems to be an inextricable part of the Japanese identity, as ingrained and critical to the national character as honor and respect and duty. Such a stoic land as this requires their release valves to keep everything running smoothly, and whether it be hot springs, end of the year parties, or music club-hopping, it’s an itch that just has to be scratched. Savvy and talented folk with keen eyes and nimble fingers can take advantage of the situation, and with a little luck, hard work, and vision, carve out a place for themselves in the land of the rising sun. Laurier Tiernan is one such act, and in this candid and illuminating interview, shows us exactly what it takes to do what he does.

I am mostly a musician (mostly as an eponymous solo artist “Tiernan” and with my acoustic duo “nature airliner”). Besides my own projects, I have also played guitar and bass behind some of Japan’s most famous entertainers, in their music videos; Exile, SMAP, Yazawa Eikichi, etc. In addition to this, I am a broad-spectrum media figure, having done innumerable voice-overs for radio and television, as well as having written extensively for outlets around the world. As a side note, I have also done a smattering of acting, with my first speaking lines in a major movie allegedly coming out in the summer of 2021. In short, I am mostly a musician, but I also do whatever else that strikes my fancy, in a creative vein.

How exactly did you get started in the music business? It seems like a pretty insular industry.

It is prohibitively insular and hermetic here in Japan. My music career actually began, as with many westerners, from teenage angst. My mom bought me a $60 guitar from a department store catalog when I was fifteen, and I immediately began writing songs like a madman with it. Soon afterwards, I was screaming for my first punk band, with which I performed in my first competition. I was already a bit of a veteran of the indie music scene before I moved to Japan, so it wasn’t something I started up here.

How many people have seen me naked [laughs], and how it doesn’t bother me at all? As I mentioned before, outside of music, I’ve always let myself do whatever creative work appeals to me, and I kind of accidentally started a career as a nude model when I was twenty-three. A room mate was doing it, and offered me the chance to try it out. Since then, I’ve appeared nude in countless photographs, paintings, sketches, and sculptures for artists around the world. The most “surprising” one so far, for me was that—in 2017—a photographer with whom I had a mutual friend offered me a gig to pose naked for the cover of an upcoming album being released by a legendary Japanese heavy metal band. My immediate thoughts were, “I’m not sure I’m ready to be seen naked in every record store in this country!” However, my manager immediately said, “Do it!” and, so we did.

What kind of effect has COVID had? 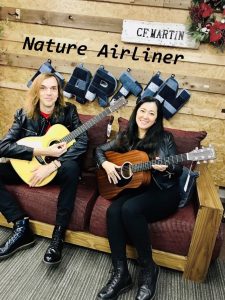 The disease itself has had absolutely no effect on my work. However, the public (and industry) response has been nothing short of havoc. Most notably, my acoustic duo, nature airliner, was booked for a huge festival in Lithuania in August 2020, as well as a connected tour of Eastern Europe, but that was all cancelled on the promoter’s side due to the restrictions that came about in regards to the pandemic.

Apart from that, I have seen innumerable offers for potential voice-over and TV gigs be quashed because of the fear created by this disease. It has been supremely trying, but I understand everyone’s need to stay safe. On the lighter side of the issue, it’s mostly been slight adjustments or implements, like I always bring my own microphone when I play concerts now, and all TV and movie shoots have thermometer guns to take our temperature before we are allowed to start our workday.

What has been the biggest shock for you about the biz?

The biggest shock for me has been learning how much of this industry is (or these industries are) not how you’d imagine from the layman’s perspective. The layman’s (and amateur’s) preconceptions are often terribly wrong. Even, as I get closer and closer to my goals, I’m embarrassed to learn how much of my own preconceptions were false. As a few concrete—and more explicit—examples, I can tell you that when I won a certain competition in Vancouver in 2001, media veterans were predicting my allegedly imminent fame, but it didn’t happen. And, then in 2008, when I was getting airplay around the world on my own steam, I thought for sure this would lead to the life of my dreams, but I am still working on that. So, things are not always as they seem. One of the hard lessons I’ve learned is that most “overnight success” stories have had millions of dollars poured into their making, by investors that most people never hear about.

Laurier: Well, as I said, it seems like my major (Japanese) film debut is slated for summer 2021, and before that I have a handful of singles and music videos that I will be releasing and pushing hard. I have my latest (fashion) catalog modeling work coming out in the next few months as well. In the grand scheme of things, I want to perform in bigger festivals in Europe with different projects, get my songs into major movies and move to London. We’ll see how much of that I can get done before 2030.

Any words of advice for people looking to break into the Japanese art scene?

Regardless of how cheesy one might think his band is, Blackie Lawless of W.A.S.P. said one of the most intelligent things I’ve ever heard about the music industry: it doesn’t need people who want to make it, it needs people who need to make it. Having a hobby is fine, and I encourage everyone to have a creative hobby, but if you really want to break into this industry, I wouldn’t suggest trying unless it’s something your heart cries out for and your mind thinks about 24/7. If you’re not consumed by your drive to be professionally creative, the pain and adversity of these industries will discourage you really quickly. Also, realize that most artists face “failure” or rejection way more often than success. Even the successful artists only manage to record 3-7% of what they write, because the rest just “isn’t good enough”. And, even then, what percentage of those recordings receive critical acclaim, or even just sales off of which one can live?

So, I reiterate, I’d only advise people to “get into this” industry if they feel that their creativity is an irrefutable part of themselves. If they just feel that their art is “something they do,” then it’s probably best to just regard it as a hobby—which is entirely valid and important, in and of itself.

Laurier Tiernan is a Canadian musician, model and voice over artist living in Tōkyō, Japan. He currently tours the world with his acoustic singer-songwriter duo, “nature airliner,” while also working on his own solo projects. In addition to all major online retailers, you can find his work on his website or on nature airliner’s website.

Derek Hurst is the business editor for AJET CONNECT, and when not skimming the pages of the Wall Street Journal usually finds himself behind a piano or a guitar, bringing his own music to life.