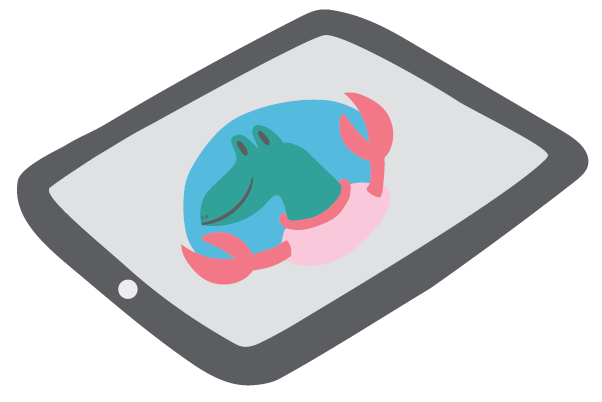 As a long-time user of WaniKani, I’ve always been curious about the process behind the service. It’s one of the most often recommended resources for learning Japanese, kanji in particular. Tofugu, the blog about more general Japanese topics of interest, also has a large following. So, I reached out to the founder of both, Jaered Koichi Croes—who goes by “Koichi” online—to ask about these things and he was kind enough to reply to my questions.

For those who don’t know, can you tell us about Tofugu and WaniKani?
Tofugu is our blog on Japanese language and culture. We’re trying to help people to have a better experience in Japan, whether visiting or living there. WaniKani is our program that helps people to learn kanji and vocabulary. People still need to show up and put in the work every day, but if they do there’s a decent chance they’ll be able to read around 2,000 kanji and 6,000 vocabulary words in a couple years.

Tofugu has a wide variety of articles ranging from Japanese learning resources to cool Japanese places to travel, as well as ALT resources.
What was the initial focus of Tofugu and how has it evolved over the years? At first Tofugu was just sort of about anything Japan or Japanese related. Now it’s a lot more focused on language, as well as some of the things that might help one to better use the language they’re learning.

What was one of your favorite articles to write for Tofugu?
Although we don’t do these so much anymore, I enjoy the travel articles the most. I get to go to weird places, eat awesome food, and meet cool people. I like the people the best (you can still go places with them, and eat food with them), so probably Ossan Rental and Homeless Kotani Rental are my favorite articles to experience and then write.

How did Tofugu evolve from its start to the creation of WaniKani?
I’m constantly unhappy (and usually embarrassed) with everything we’ve done in the past. So most of the evolution is driven by that dissatisfaction. WaniKani came about as something I wish I had when I was younger, and we were lucky that we weren’t the only ones who wanted it.

WaniKani uses SRS (Spaced Repetition System). How did you discover SRS and then later decide to use it to teach kanji?
I’m not sure where I discovered SRS. I think it’s been around for a while. It’s certainly no secret anymore, and most flashcard systems nowadays have it. So, I don’t think that part is very revolutionary. I also don’t think that a super accurate SRS system is all that important. I think our SRS is decent and “good enough,” but the difference between that and “perfect” is quite small for a huge amount of work. The biggest difference-makers of WaniKani are the mnemonics, which help you to keep more information in your short-term memory, for longer. That way you can recall that information when we ask you to recall it—another important feature. We don’t have multiple choice, or any kind of passive learning. We actually make you retrieve it. We also include several other inconveniences as well. Interleaving, which we do by mixing item types together in reviews, keeping you out of a flow state by making you pay attention to whether you need to type in a reading or meaning answer (flow states are when you’re “in the zone” and they do bad things to deliberate study), and so on. If it’s not uncomfortable, it’s not learning. There are a lot of fundamental principles around learning and how our brains work that we implement, with SRS being just one of many.

What’s the general demographic breakdown of WaniKani users? Is there a certain age range that’s more likely to use the service?
I suppose being an online service, we attract more people who are most comfortable online. That tends to be younger people, though we have plenty of learners who are older than the 60 levels they make it through. This is probably true for anything, but our users do need to be at an elementary reading level to use WaniKani well. So if I had to guess, our demographic breakdown is something like “somewhere between high school and one’s 30s or 40s.” But, that’s just a guess, I don’t really have a way of actually knowing.

What factors have helped WaniKani grow to the level it is now?
That’s pretty simple—WaniKani works. It’s not easy. It takes time, and you’re not going to “learn Japanese in 30 days” or whatever other services say. But we make that process of learning kanji, and vocabulary, very simple. If you sit down and do your lessons and reviews on WaniKani, you’ll make progress in your Japanese. It’ll be a little painful, and you won’t want to do it some days, but I think we do a good job of helping people to keep up with their studies and learn in a sticky and useful way.

SRS in particular has become heavily associated with Japanese learning across the internet. Do you think WaniKani had a significant part in that?
I have no idea.

What have been some of the difficulties in making Tofugu the company it’s become today?
I think it’s just all the normal stuff. Growing pains. Figuring out how to run a company in a way I feel good about. Luckily most of our problems happen nice and gradually, so I can’t think of one particular thing that was particularly difficult or out there.

Why the combination of “tofu” and “fugu” or “wani” and “kani” for the names of your services? Are there any particular meanings behind the combined words?
No real meanings behind the words. I first figured that it didn’t matter what we named these things. Like, it doesn’t have to be a 90s style “learnjapanesesite dot com” for people to know what we’re about or find us. I was just trying to a) use Japanese words, b) choose a couple words that rhyme, and c) repeat as many letters as possible—the u’s in tofu and fugu, for example, and the ani’s in wani and kani. Then, I tried to keep them under 8-10 letters. Just the sorts of things that make a name easier for people to remember. Sadly, it didn’t work with Tofugu and everyone thinks we’re “tofugo”. They’re repeating the “o” instead of the “u,” probably because “go” is more recognizable than “gu.”

I know many JETs who use WaniKani and Tofugu as Japanese language resources, as well as general ALT resources. Did you have ALTs and other English speakers working abroad in Japan in mind when creating the platform?
I know this is a JET-related publication so I should probably lie, but no—I don’t think we really had it in mind when creating the platform. I think that JETs are people who certainly have a reason to learn some Japanese, so in that sense WaniKani and Tofugu is made for a lot of JETs, but I don’t want to get presumptive here. 😅

WaniKani is a well-known kanji learning platform. Have you considered creating a similar service for Japanese grammar or general vocabulary?
We’ve considered a lot of things and this is certainly one of those things.

What are your future plans for Tofugu and WaniKani?
🤫

Jaered Koichi Croes is the founder of Tofugu, LLC that makes Tofugu and WaniKani. In his free time, he cheers for the Mariners, plays kendo, and thinks about education.

Sarah Baughn has been using WaniKani for two years now to supplement her kanji studies. Currently studying for Japanese Language Proficiency Test at N3 level (just for fun) in her spare time, she also enjoys playing koto and collecting goshuin.