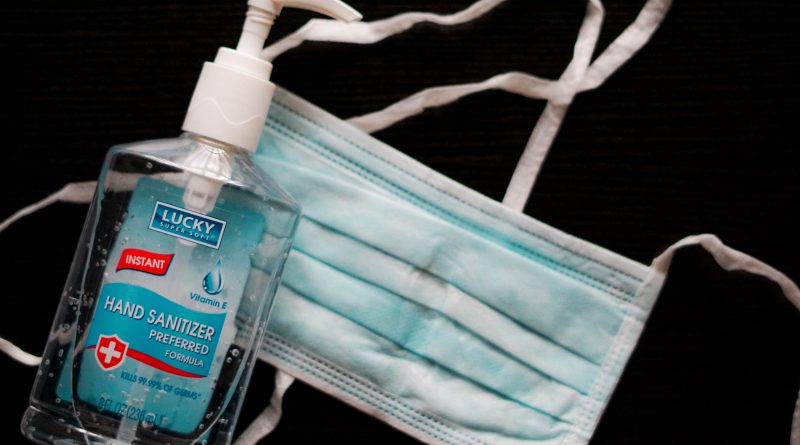 We all remember our first time. The red-faced apologies. The awkward, shuffling retreat to the door. The vows never to make the same mistake again.

The unspeakable incident I’m referring to is, of course, the cardinal sin of forgetting to remove one’s shoes before entering a Japanese house (if you thought I was referring to something else, please remove your mind from the gutter).

However, the reason for this apparent obsession with removing shoes is far more complex than a simple desire to keep tatami mats clean. As anthropologist Emiko Ohnuki-Tierney revealed with her research in the ‘80s, the removal of one’s shoes when entering the home also demarcates the soto (outside) from the uchi (inside), a dichotomy that underpins much of Japanese culture and society[1].

The soto vs uchi opposition applies not only to physical outdoor and indoor spaces, but also to social situations. One’s own social circle (family, friends, and work colleagues) is considered uchi, associated with familiarity, safety, and comfort, whereas the rest of society that lies outside of that circle is soto, representing the distant, unfamiliar, and dangerous. Removing shoes (and/or changing into indoor slippers) symbolises the crossing of the border between what Ohnuki-Tierney refers to as “the omnipresent outside” and the sanctuary that is one’s uchi. It is not the physical ‘dirtiness’ that defines something as soto, then, but rather its innate ‘outside-ness’; the fact that it exists outside the social uchi realm (which, in Japan, is traditionally defined by family and/or kaisha (company)). It is for this reason that it is customary to remove outdoor shoes when entering a home, hotel, or workplace, but not when entering a konbini, supermarket, or bar. Although all of these sites are physically inside, the latter three examples still represent the social outside, and so removing shoes is not deemed necessary.

I am aware that the link between a nation’s footwear habits and its COVID-19 situation may seem tenuous at best, but do stick with me on this. Removing shoes is only the tip of the iceberg when it comes to traditional views on cleanliness and purity in Japanese culture.

The importance of the soto vs uchi binary can be traced back to Shinto beliefs, which associate hygienic cleanliness with spiritual purity and dirtiness with kegare (literally: ‘stain’), or spiritual impurity. This is why it is custom to wash one’s hands and gargle with water upon entering a Shinto shrine, even though the majority of shrines are located outdoors. This ritual cleansing is believed to prevent any spiritual dirt from the outside world (soto) from entering the spiritually clean grounds (uchi) of the shrine. Of course, for the same reason, it goes without saying that one must also remove shoes when entering the actual shrine building (beware of 土足厳禁 (sodoku genkin: ‘footwear prohibited’) signs when sightseeing!). These beliefsexplain the social emphasis put on the separation of soto and uchi in everyday life:
the aim is always to prevent spiritual contamination of the uchi by the kegare with which the outside world is polluted.

It is this concept of kegare that really comes into its own in the context of a global pandemic. Kegare is ritual dirt, as famously defined by Mary Douglas: that which “offends against order[2].” Within the human experience, as cultural anthropologist Namihara Emiko explains in her work, The Structure of Kegare, kegare mainly manifests itself in the form of sin, death, illness, and blood[3]. As such, COVID-19 falls into the category of kegare. Not only is it a deadly virus that has caused great suffering to many millions, but it also poses a very real threat to the social and economic stability of the nation. To keep COVID-19 confined to the soto of society is therefore of the utmost importance.

In some ways, this (perhaps sub-conscious) association of COVID-19 with kegare has proved very effective when dealing with the spread of the virus in Japan. Pre-existing concerns about keeping soto and uchi separate meant that handwashing and gargling upon arriving home from any excursion were already commonplace here, whereas such habits have taken months to catch on in many other countries. What’s more, as Cambridge University’s Dr Brigitte Steger discovered in her research into cleanliness in evacuation shelters following the March 2011 Great East Japan Earthquake, in times of instability and uncertainty, the differentiation between soto and uchi becomes even more clear-cut (I highly recommend a read of her article)[4]. I’ve certainly seen this heightening of concern in my office, as many colleagues have only recently undertaken a daily cleansing of their desks with alcohol wipes or damp cloths, clearly marking their workspace as their own personal, apparently COVID-free, uchi.

The same goes for mask-wearing, which was normalised in Japan well before the arrival of the virus, as a social courtesy (the idea being that you should wear a mask to avoid spreading whatever cold or illness you have to those around you). With the announcement of a pandemic, universal mask-wearing caught on nationwide seemingly overnight, with none of the pushback that has been seen in many other countries. Wearing a mask now not only serves to protect those around you from any potential symptoms you may have, but also acts as a physical barrier between yourself and the dangerous soto, which has become synonymous with COVID.

The social element of the soto vs uchi binary may also have played a role in the incredibly low rate of community transmission in Japan. As explained above, not only physical spaces, but also social relationships are split into uchi and soto according to the traditional Japanese mindset. Those within one’s uchi circle are those with whom one has the most frequent and prolonged contact (cohabiting family members, romantic partners, close friends, colleagues). People who inhabit the social soto (long distance family or friends, business associates, konbini cashiers, pretty much anyone else) are held, socially, at arm’s length. This social distance (a phrase which is now all too familiar) is indicated by various social markers, including keigo (honorific language), which is typically used to express politeness to people one does not know very well. Therefore, whereas in the UK, for example, there was an enormous amount of confusion about who people were and were not allowed to have contact with during lockdown, in Japan these ‘safe’ and ‘unsafe’ social bubbles already existed. Perhaps this explains why social distancing in Japan has been so effective; it was already, to an extent, in place even before COVID came onto the scene. It would also not be a stretch to assume that the pre-defined uchi social circles also make it easier to track down and test those who have been in close contact with infected cases.

However, the ritualistic approach to cleanliness in Japan also sheds light on some of the nation’s more puzzling COVID-19 policies. One of my favourite examples is the use of plain water in hand sanitizer bottles placed at the entrance of many shops and eateries. This was especially prevalent a few months ago, when a mad rush on alcohol sanitizer caused many establishments to run out. I am sure we can all agree that plain, room temperature water is going to have little effect on any virus-spreading germs. In fact, getting one’s hands wet, without having a chance to dry them, may even increase the risk of virus spread. In the traditional soto vs uchi mindset, however, much like removing one’s shoes, the wetting of the hands acts as a symbolic shift from outside to inside. It may not remove any physical germs, but it is thought to be better than nothing in demarcating the COVID-ridden soto from the clean uchi. The same goes for handwashing before entering a Shinto shrine: there is no soap provided, and so there is no stopping physical dirt from the soto entering the pure uchi of the shrine, but the ritual cleansing is believed to absolve visitors of spiritual kegare nonetheless.

At a macro level, the idea of the uchi as inherently safe and the soto as inherently dangerous has led to some rather confusing travel guidelines. During the national state of emergency, declared in mid-April, everyone was advised not to leave the prefecture in which they were living. Even in Tohoku, where I am based and where case numbers were relatively low, crossing the border into a neighbouring prefecture was considered a violation of the guidelines. In a way, this makes sense; limiting long-distance travel has been a staple of most countries’ COVID policies. The difference in Japan, however, was that the emphasis was not on avoiding travel beyond a certain radius of one’s home (e.g., 10 km), but on not crossing the prefectural border, no matter how far away it was. This is because, at a societal level, the prefecture is defined as uchi, and thus safe, and beyond the borders is soto, and so inherently risky. Many prefectures, including my own, Yamagata, even launched prefectural travel campaigns as soon as the state of emergency was lifted, actively encouraging prefectural residents to travel within the prefectural borders to restaurants, ryokans, and onsen. At least to me, this was surprising considering that, for many residents, a trip to an onsen at the opposite end of their own prefecture may be a far further, and potentially risky, journey than one over the border into a neighbouring prefecture. In this case, the importance of the soto vs uchi boundary overrides the physical distance travelled and quantity of potential germs encountered.

It seems, then, that Japan’s soto vs uchi dichotomy has the potential to be both helpful and hindering when it comes to dealing with the COVID-19 pandemic. Only time will tell how effective the Japanese government’s strategy will be in the long-run, and I am by no means suggesting that tradition and superstition are the (only) foundations of Abe’s policies. Nevertheless, I find it difficult not to wonder whether the “high cultural standards” infamously cited by Deputy Prime Minister Asō as the reason behind Japan’s low number of COVID-19 deaths was not a reference to the soto/uchi framework[5]. If only the pandemic could be solved by something as simple as removing one’s shoes. . .

Alice French is a second-year CIR from Cambridge, England, based at the Prefectural Office in Yamagata. When she is not singing in the shower or taking pictures of sunsets for Instagram, she can be found hiking one of Yamagata’s many mountains. 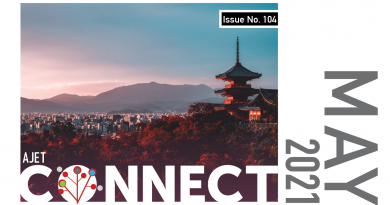 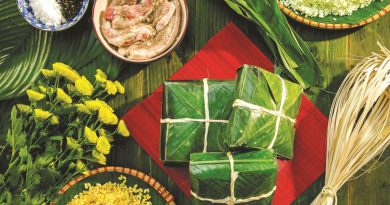 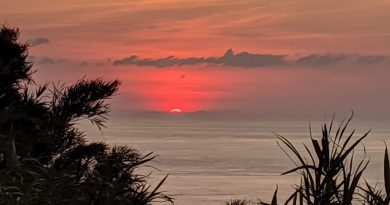 Life in the Unexplored