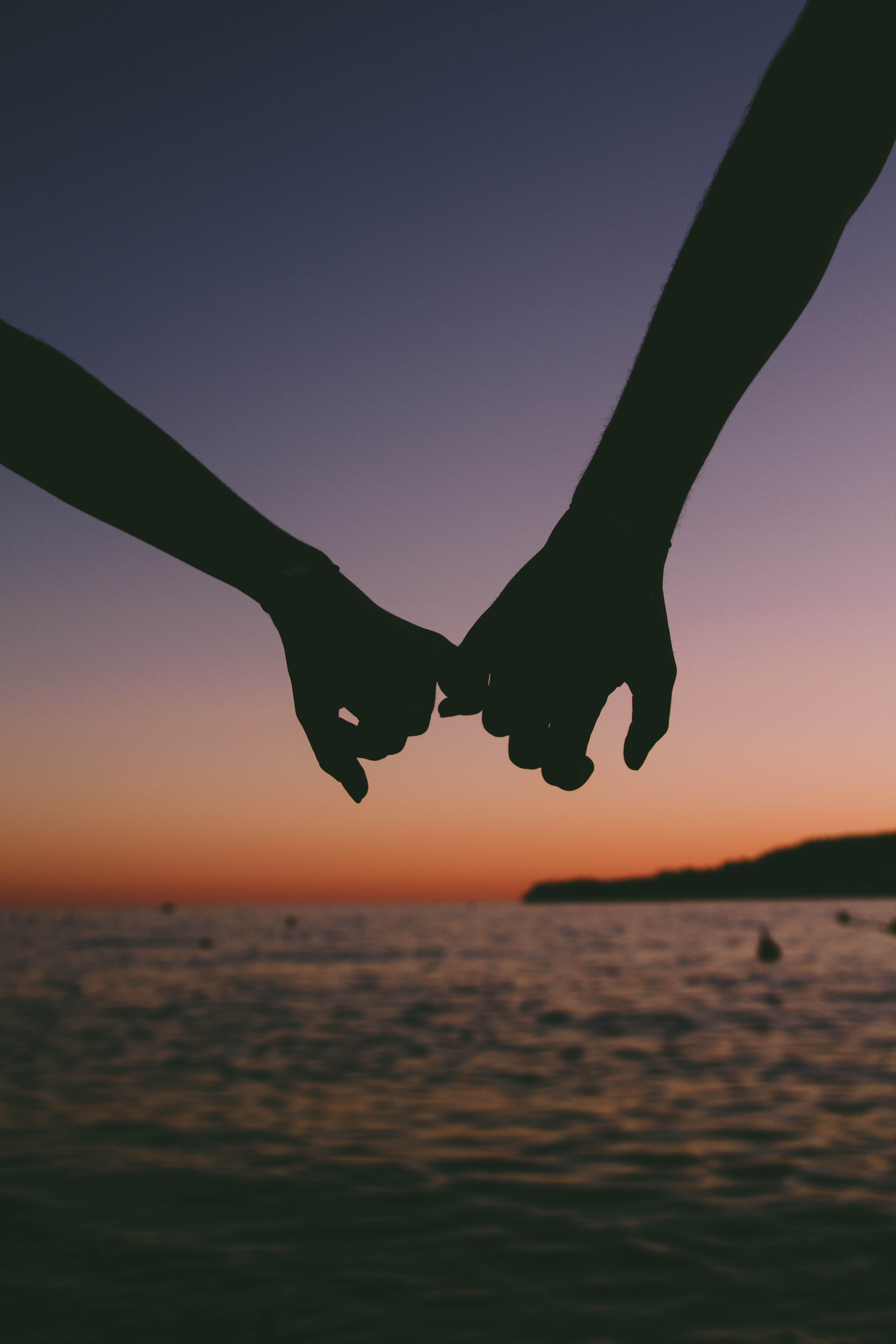 They moved to Kobe, Japan with a spouse visa, but these partners are on their own journey.

The city of Kobe, unofficially, is the family placement for JETs. There are 11 dependent partners and several children of the ALTs living in the city, not to mention the many JET-JET couples or those who married in Japan. But while partners are off teaching, these new arrival dependents find their own ways to make Japan a memorable experience.

To read about the senpai dependents, check out the article in the May issue.

Animal Crossing: New Horizons has hit the markets, but over 10 years ago, Oklahoman Carlos Hernandez, met Chelsea of Delaware when she entered his town on Animal Crossing: Wild World for the DS. After staying connected through the game for years, they became official in 2007 and took turns traveling to see each other for a week at a time for several years. They married in 2017 and set their sights on Japan.

“That’s been her dream, her whole life, so I always encouraged her. I always helped her out whenever she needed anything with her application, helped her get to her important points on time,” he said. “I wasn’t nervous. I was always hopeful for her that she would be able to do this. And here we are.”

After eight months of working in San Francisco, Logan Smyth met Trella Rath during a get-together at a friend’s apartment. They began talking and were married about five years later in 2019. JET is something his wife was always interested in.

“I think initially I was a little bit scared about picking up our lives and doing something new for a bit. But the more I thought about it was like ‘oh, it’s important to Trella, I don’t want to just shut down the possibility’,” he said. “We’ve been in San Francisco for a long time, so I was like ‘ok, let’s try something new, why not?’”

Six years ago, Elizabeth, waited in the airport for her then boyfriend Kevin Bachmann to return from his study abroad in Japan. He proposed to her in the airport. In July 2019, the first and second chair alto saxophones who began dating in their high school band, made the big move to Japan.

“He loved it, and even before he came home he was like ‘Liz, there’s a JET Programme. There’s a JET Programme. I would love to experience Japan with you. It’s a completely different culture, I think you’d love it,” she said. At that time, she didn’t want to leave her job and family in New York where she spent all of her life. But after he finished his master’s degree in education, she was ready.

Hernandez, 28, wakes up as Chelsea leaves and makes breakfast and coffee—a treat that he never took time for before. He likes to have a moment on his balcony which overlooks the mountain. He takes care of the housework, but appreciates the leisurely pace he can take now.

“I know my wife, she works every day, and I just want to make sure she can come home and not have to worry about any of that. She has the food ready, the dishes are done, her clothes are set out. When you’ve got the time and the patience for it, it’s just a normal thing. It is super nice to be able to just do that for her,” he said. “I know I have it easy right now, so it is nice to try to give back to her in the best way that I can.”

Smyth, 32, works weekdays in software on Firefox. Each morning, he chats with Rath, junior high and elementary school ALT, before work and then starts his own at 8 a.m. Most of his day is spent at his desk with the occasional breaks for instant curry, gelatin fruit cups or a walk.

“A lot of the work, because I’m here, because of the time zone difference, we’ve tried to plan out tasks that I can mostly work on without needing dependencies on other people,” he said. “That’s nice because I don’t have to stop and wait for someone else. But on the other hand, the social aspect of it feels more isolated some of the time.”

“I like to try different things, and then sometimes I like to experiment at home with Japanese dishes,” she said. “That’s a nice thing for me staying home. I really like cooking, so if it’s a dish I’ve never done before I can give myself time to prep it and cook it and see if it turns out. It’s fifty-fifty if it’s good.”

Each morning, Hernandez powers up his laptop to read the news, stream, or to make music or memes. He has been creating for a while, though it is difficult for him to consider himself a streamer or musician until he is near a professional level. Now, he streams Call of Duty on Twitch and Youtube. Hernandez occasionally streams with his wife and hopes to build a community of streamers here.

“Making your own content is definitely very fulfilling. Definitely satisfying to see a part that you’ve worked on and you’re able to share it and get it out there. Even if it doesn’t get many responses or people don’t react to it the way you want to,” he said.

Smyth’s degree is in electrical engineering, but he’s always been interested in learning software. He also initially planned to study Japanese.

“I came here with the intention of ‘oh, I’ll do a bunch of online courses and stuff too.’ It’s been harder to do that than I expected just like energy-wise,” he said. “Not knowing Japanese is tough, I think that hurts discoverability for ‘how do I find new things?’. It’s all pretty intimidating in general. I think it is a little bit harder for me to be motivated too. I’m going in with the expectation that we’ll leave eventually and go back. How invested do you want to get in the local community if you’re not going to be staying for a long time?”

On most days, Bachmann sets up her gaming equipment to stream for about 6 hours. She plays Sims 4, Planet Zoo, and other simulation builder games on her channel. The online communication has helped her adjust to her time in Japan, especially when her friends and family pop in to chat.

“Currently, I don’t know why, what got my stream really going is Farming Simulator 2019. It’s great. It’s a good time.”

Contributing to the Household

Bachmann worked at her family’s winery and garden center shop back in America. Now she takes care of home needs like laundry, dishes and cooking. She is grateful for her husband’s help when she needs it, and that he does not pressure her to get a job at the moment.

In America, Hernandez worked at UPS for eight years, leaving the position as a supervisor. He has applied for jobs in teaching, housekeeping and food service, but the past few months of job hunting was disheartening for him.

“I feel bad for everybody really, my wife and friends who want to see me succeed,” he said. “The thing that does keep me going is everyday there’s new jobs and every day I can put in that application. That’s what kind of keeps me motivated is just knowing that it is going to work out one day, and I’ll make my wife happy and be able to do things I want to do.”

As of March, he began substitute teaching part-time for elementary students. To help get himself into the right mindset, he said he imagined being on a hyper episode of Barney.

“After the first day, I was able to gather a basic structure on how to work with each of the age groups. I just need some more practice to develop my own style and rhythm of teaching,” he said. “Being out of my comfort zone, mentally, I was drained after my first day. Working with kids for four hours straight really takes it out of me!”

Smyth considers himself privileged on the job front since he was able to transition to a telecommuting position. He quit his job with Mozilla and was hired by a Japanese company that contracts him to his previous employer. While here, he transitioned his dependent visa which capped his hours at 28 to the full time visa.

“I think the positives for me, I definitely don’t miss having to commute into an office,” he said. “I think it also gives you a little bit more freedom to control your schedule. If I’m not feeling productive in general, I feel less bad about ‘OK, I’m going to take an hour off and go for a walk and make up that time later in the week when I’m better in a place to focus’.”

“I think that I definitely have felt more isolated. It’s harder not to have just random chats with people in an office,” he said. “I think it’s also a little bit easier to let yourself get absorbed and sort of overwork yourself. Which I’ve actually been more aware of in Japan because in the US, I didn’t have to track my hours, whereas here to comply with Japan and laws about overworking your employees, I actually have to track my time.”

The Hernandez ’ enjoy their spontaneous sightseeing around Kobe. He waits for her to leave work after his lessons on Friday, and for them, getting food can spiral into an adventure. Hernandez also enjoys spending time with the friends he has made in the neighborhood.

“I always think about how many friends that I have and how there are so many people surrounding me,” he said. “Typically, the weekends are the best. That’s when my wife has time. That’s when everybody else mostly has time and we can just get together and just hang out. That’s what I like the most is being around people because that’s something I never had until this point. Even if I’m not directly involved, I just like that atmosphere seeing everybody is together, communicating and generally having a good time.”

Smyth and Rath also enjoy spending time with other ALTs. He said it helped that she already got the ‘lay of the land’ before he arrived, but it can be difficult to find a fit within the community because his neighborhood does not have much cohesion between the foreigners there. The couple also enjoys traveling, occasionally checking out new bars and going for walks. Smyth said going to a sumo wrestling match in Fukuoka was his favorite experience in Japan.

“I want to tell [friends and family] about what a nice time we have, the culture, the general experience of teaching from Trella’s side, seeing the country and the way that it works. There are certainly a lot of differences in general between the US and Japan, some positive, some negative,” he said. “I think it’s important to get out of your comfort zone and see the way other parts of the world work.”

The Bachmanns like to host get-togethers with the friends they’ve made of dependents and ALTs. Last fall, she and her husband traveled to Wakayama with Hernandez, another dependent Marc Baquero and their spouses. Her favorite memory so far was when Kevin surprised her with tickets to see Mumford and Sons in Osaka.

“Super corny, but [my goal is] to see as much in Japan as possible, and basically any Asian country since it’s so cheap to fly. [. . . ] And to experience the culture. I am a simple person,” she said.

Baquero is a second-year ALT from America in the great port city of Kobe. She can often be found in a coffee shop either reading, writing, drawing, or studying Japanese. After playing rugby at university and graduate school, she was excited to finally attend the Rugby World Cup.

email
Community, From the MagazineADVICEcoupledependentsgoalsJETspousevisa