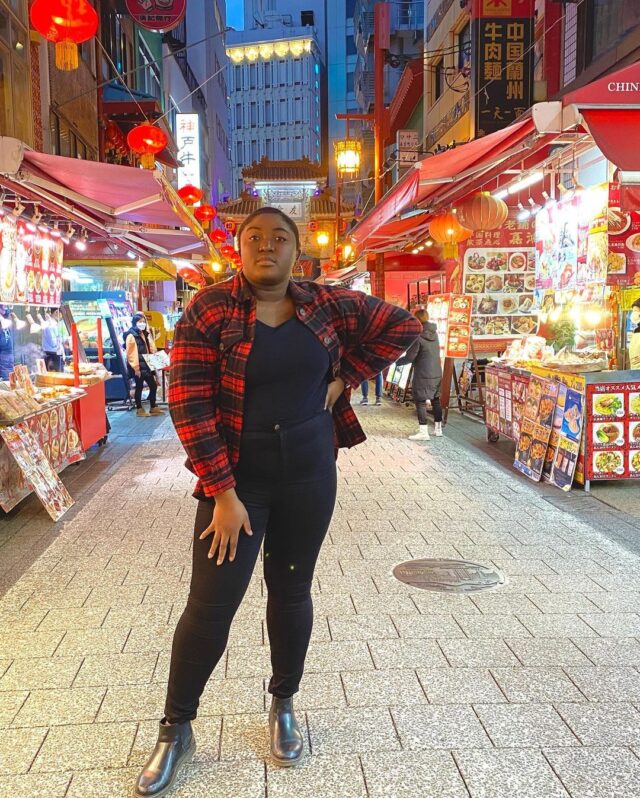 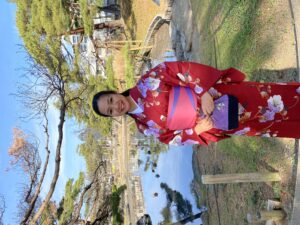 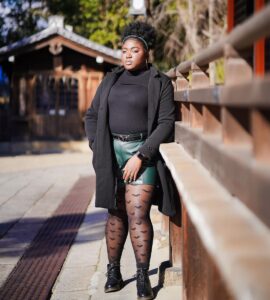 You press the triangle button and the video plays. An Assistant Language Teacher (ALT) in inaka Japan walks you through a day in her life. She shows you her $500 apartment, meals she has prepared for the whole week, and how she gets from the eki to her three visit schools. 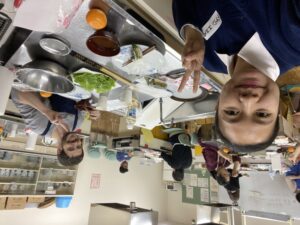 In another window, you load another video. This time, of a newly-minted JET preparing to leave for Japan. She shows you her “secrets” of packing. Like a magician bombarded with odds and ends around her, she skillfully stuffed these into two large receptacles in a jiffy, ready for flight. 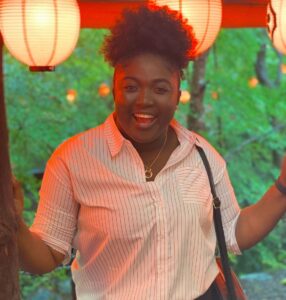 Everything is content. There is voyeurism in watching how people spend their time and live their lives, especially today when people are investing in experiences and exposure, brandishing milestones and memories as life achievements more valuable than money. We have built themes around general experiences, turning them into interesting tidbits of personal narratives: “A day in the life”, “What’s in my bag?”, “Q&A with…”, and “Makeup tutorials”, among others.

But then again, vlogs bridge the unfamiliar territories with the commonplace. Vogue shows how top models get ready for (and eat before) fashion shows, and Harper’s Bazaar has food diaries featuring celebrities who itemize their comestible adventures. The Museum of Modern Art has curators unpacking heavy art theories, and sociopolitical thoughts and concepts are explained by Ted. YouTube has slowly unmasked the personal even the most intimate, and we are all welcome to partake in it.

The best contents are stories, peppered with unique circumstances and propelled by one’s sheer commitment to share these stories—to be heard, to resonate with, and to be entertained by. How should we turn stories into content then?

Pursuing content creation can be daunting, and it is sometimes plagued with two questions: “Where do I start?” and “What should I use?”

For Tomi-ane Hyatt, a former JET ALT who used to live in Hyogo Prefecture, the equipment is secondary. “My first 30 or so videos were filmed using my iPhone and a tripod, and I edited them in my phone using iMovie,” Tomi, as she is known to her friends and followers, shared.

“The only thing required from you is to love and want what you are doing because you need to keep going, even when no one is watching or sharing your content.” Since she joined YouTube in April 2017, Tomi now has 19.1k subscribers and over 1.2 million views. “Vloggers must have a ‘can-do’ attitude,” she says.

Finding one’s voice is an integral step. The most successful content creators have established their channels for what they are, not for how many topics they can cover. Defining a vibe or flavor to encompass one’s channel will make it incredibly easier for the creator to find their way and consistently come out with content that can resound.

“I posted only one video before coming to Japan and it took me about a year on JET before I built up the confidence to just go for it,” Tomi said. “I realized that the questions I had prior to joining JET are the same questions applicants are asking. I decided to answer these questions through my vlog.”

“The most important thing is to know your ‘Why’ and your ‘What.’ Find your voice,” said Andrea Romualdez, Strategic Partner Manager at YouTube in a lecture in the Philippines. “Consider asking yourself: How would you like to have an impact? Are you there because you want to share something specific? Do you have a passion for something or a talent that you really want to get out there?”

This is the advice that Donalyn Paulo Espe, a second-year Filipino JET ALT in Fukushima, has taken. A young teacher who hailed from the cold Cordilleras region in the northern Philippines, Donalyn’s first contents were on tourism and lifestyle in her home province. When she was accepted into the JET Program, she decided that her vlog would be about helping other Filipinos ease into the JET journey: application, preparation, and integration. 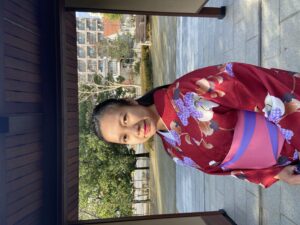 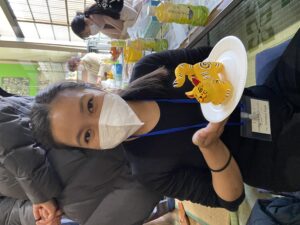 One of Donalyn’s vlogs showed her stay in a hotel upon arrival in Japan for quarantine. In a series of rather amusing anecdotes, she showed how to heat one’s bento using the water heater, how to do laundry using the bathtub, and how to entertain oneself in the confines of a hotel room.

Both Donalyn and Tomi started with their iPhones before investing in more sophisticated tools. “I think the biggest thing that changed from when I started was my editing style,” Tomi enthused. “And the more I did it, the more I researched how to do better on it. So, the better I got.” 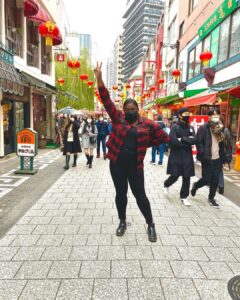 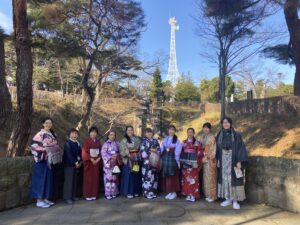 Tomi later invested in a digital camera apt for vlogging, even without the assurance of a large following. “I didn’t know if I would ever get to a point where YouTube would pay me to create content then, but I thought the people who were watching deserved the best.” 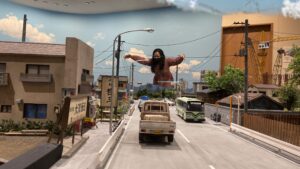 Deciding to vlog means accepting that you may not be everyone’s cup of tea. “Some vloggers easily get dismayed when their videos aren’t getting many views,” Donalyn said. “Thus, being comfortable with what you share, whether viewed or not, is what makes one a good vlogger.” 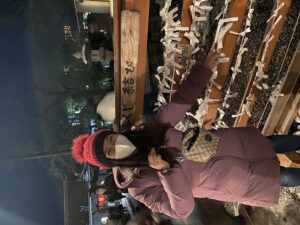 “Being on the internet means opening up yourself to trolls and just allowing anyone to voice opinions about you. Unfortunately, I have met upon several ‘body shamers’ who come to my comment section just to tell me how fat I am,” Tomi recounts. “I had a comment that said, ‘You are so fat!’ That was it! Nothing about my content; just about my body. Some people said meaner things that YouTube had to block.” 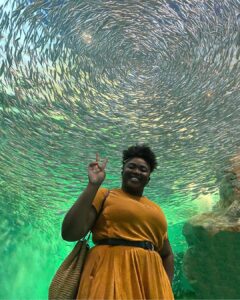 Tomi also experienced racism online. She was told by some viewers to “go back to her country,” among other things. Tomi’s content focuses on life in Japan, and the comments were mostly from “weebs”—non-Japanese people who are obsessed with Japanese culture, they wish they were Japanese. “But I grew up Jamaican, so I definitely know how to filter out negativity,” Tomi says.

For Donalyn, who is known on social media as Just Me Donnah with 7.04k followers on YouTube, her channel is her way of paying forward.

“I think that my how-to videos on applying for the JET Programme attracted a lot of my views. Some aspiring participants from the Philippines even messaged me on my Facebook page. I get words of appreciation. I am happy to know that my videos help them in achieving their dream, to work here in Japan,” she remarks.

Vlogs could be revealing, too, not just about oneself, but about sensitive information related to a company or organization. Donalyn has sought permission from the Japan Information and Culture Center in the Philippines before creating content. Despite being granted permission, Donalyn’s rule of thumb is to not disclose pertinent information about the screening of JET participants because “those matters should be in the hands of the screening committee.”

Ethics is non-negotiable, and Tomi agrees. “Vlogging about other cultures can be tricky. Japan is no exception and I have personally been chastised several times for just sharing my own opinion and experiences that I have actually been through. Nonetheless, I have always tried to not be too critical of a culture that is different and new to me and I always look at both sides of the story whenever I speak,” Tomi establishes. 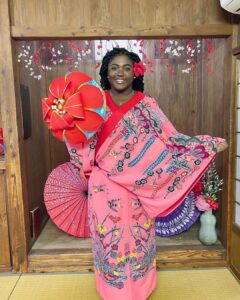 “This is so as it’s never good to just spew a lot of negativity, and no one really wants to listen to that anyway. Additionally, I try to put bad things in a lighter context with jokes and fun innuendos just to make sure it’s easier to digest,” she added. 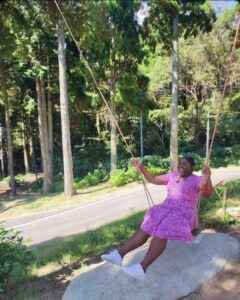 Donalyn, for her part, wanted to cater to audiences in her home country. She chose to talk about the travails of a Filipino in Japan, going for lighter topics such as her travels, to more complicated issues like how to fly your husband to live with you in Japan. She said that the latter has amassed more views, and she has become more comfortable with codeswitching between English and Filipino in her vlogs. 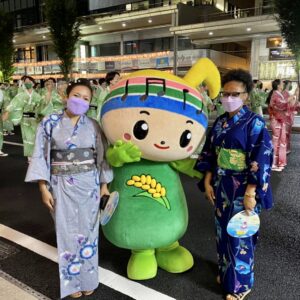 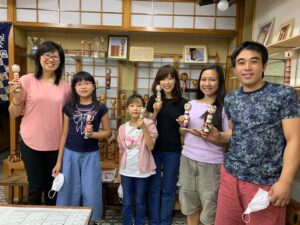 For Donalyn and Tomi, their stories are now etched in the annals of video bytes. These are reminders now of previous excursions in younger lives. Donalyn is excited to see what else could be told as she advances in her JET journey. For Tomi who has left Japan, her vlogs are her love letters for a country that became her second home. 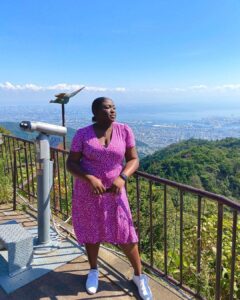 “Vlogging about other cultures has been so much fun and satisfying for me,” Tomi says. “One thing that I can advise is to always be mindful not to disrespect other countries’ cultures and practices. Your words could impact the way your viewers see other countries. Thus, filtering the words you use in your videos is very crucial to be culturally sensitive. I always remember what my mom says, ‘If you can’t say anything good, just don’t say anything.’ That’s why in my YouTube channel, I promote optimism, and I do away from negativity.” 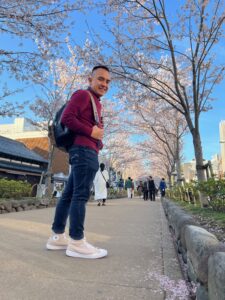 Ian Layugan is a Filipino second-year JET in Kiryu City, Gunma Prefecture. His academic interests are in the fields of linguistic anthropology and gendered narratives. He enjoys hiking, reading literary prose, and exploring museums. He is the Community Section Editor of CONNECT and blogs at ianlayugan.com. 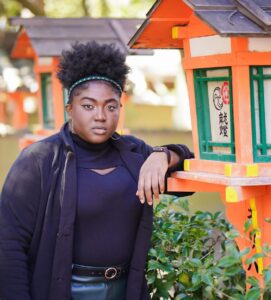 Tomi-Ane Hyatt more commonly known as Tomi from her YouTube channel, Tomi’s World, is a JET Program alumni (2018-2022). In her tenure in JET, she served both the Yamaguchi Board of Education as both an ALT and Prefectural Advisor and the Kobe Board of Education. She is currently back home in Jamaica where she continues educating the next generation of great minds. 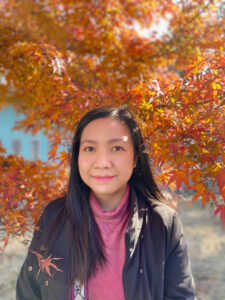 Donalyn Espe is a second-year JET in Koriyama City, Fukushima. She loves traveling with friends, exploring restaurants, taking pictures and videos, and joining in community events. She believes that being content in life is the key to happiness.