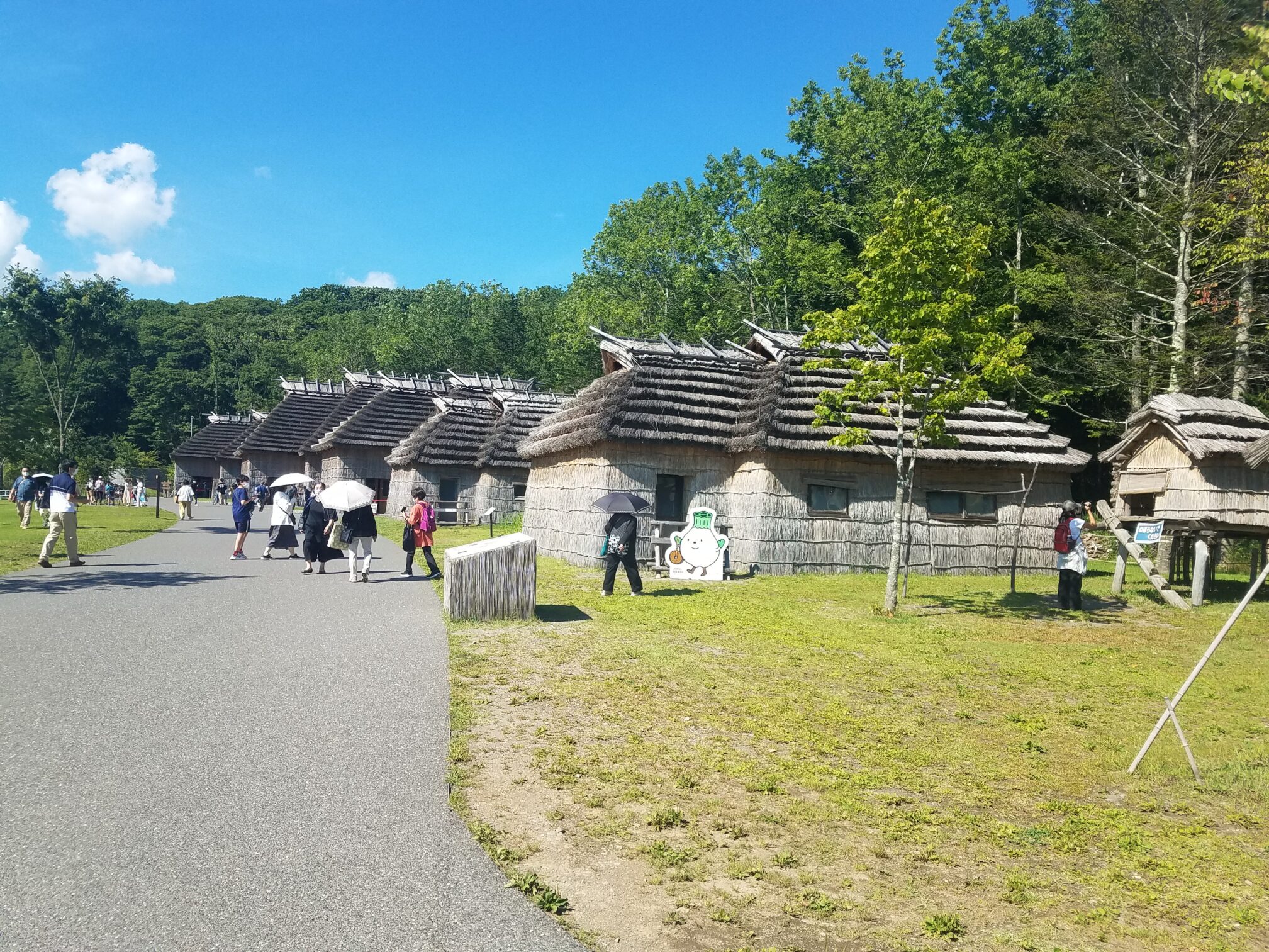 An Ainu History Account from a Museum in Hokkaido 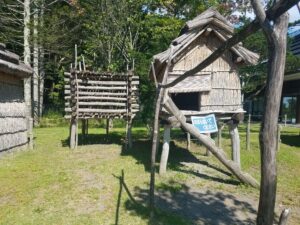 With the worst of COVID over, it’s becoming less faux pas for ALTs in my city to share their travel-heavy summer memories again with their Japanese kids. These kinds of talks encourage kids to imagine life beyond their hometowns, convince them to explore the wider world one day—broader horizons, more internationalization, those sorts of things. Where did we go? What did we see? What did we eat? What did we enjoy? For me this summer, I went to Hokkaido—escaping the heat, avoiding the snow, and learning more about the Ainu.

But when I presented about the Ainu in my summer Hokkaido talk, the topic was completely foreign to the kids or very nearly so, despite Hokkaido being a big modern chunk of Japan today. A lot of them knew only as much or little more about the Ainu than absolute foreigners. The Ainu were first brought to my attention reading the Golden Kamuy manga, and from it, I learned the Ainu are a people with a fascinating and tragic story that needs to be more widely known.

So, in the context of my summer Hokkaido trip to the Upopoy National Ainu Museum and Park, let’s talk about the Ainu.

A Brief History of the Ainu 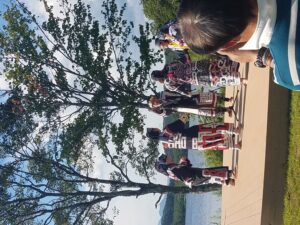 The Ainu are an ethnic group indigenous to the lands adjacent to the Sea of Okhotsk, encompassing a lot of the Russian Far East, Sakhalin, the Kuril Islands, and what is now Hokkaido. They are a people with a history of extensive contacts and trade with Russians and especially Japanese, while possessing a culture and language very distinct from either of these peoples. The word ainu means “human” in the Ainu language, and they broadly refer to the Russians and Japanese as sisam, meaning “neighbor.” Unless specified otherwise, any further reference to the Ainu in the article will be hence referring to the Hokkaido Ainu.

While practicing agriculture, the severe frosty climes of Hokkaido historically discouraged the Ainu from employing extensive and productive rice cultivation like their southern Japanese sisam. Consequently, densely populated urban centers never arose for the Ainu like it did for the Japanese, who survived on strong traditions of hunting, fishing, and gathering alongside millet grain harvests, maintaining smaller settlements. From birds and beasts, to heavenly bodies and home-warming hearths, the Ainu revered deeply all things that provide them life and structure in this harsh yet beautiful land, which they ascribe a supernatural deific quality, similar, but not identical, to the Japanese kami: the Ainu kamuy.

From the 17th century onward, relations between the Ainu and Japanese devolved from peaceful exchange to exploitative subjugation. During the Edo Period, abetted by shogun and daimyo, Japanese settlers and merchants clashed with the Ainu for rights to land, resources, and trade. Ainu attempts at resisting these encroaching chauvinistic Japanese authorities and policies often met in failure. Following the Meiji Restoration in the late 19th century, the Imperial government officially annexed Hokkaido as part of Imperial Japan proper. 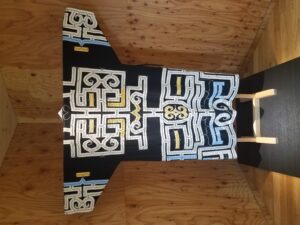 Under direct Japanese Imperial rule, the Ainu were dispossessed of their land and institutionally discriminated against by the Japanese. Their culture would come under systematic attack under policies of colonialist assimilation, the most damaging being the 1899 Hokkaido Former Aborigines Protection Act (HFAPA). In addition to further land dispossession, the Act banned the Ainu from practicing many of their traditional forms of hunting, fishing, and gathering, commonly “compensating” their traditional food source losses with inadequately sized and poor-quality farmland. The Act also discouraged the practice of Ainu religion and promoted exclusive Japanese instruction in schools at the expense of the native Ainu language.

Sustained advocacy efforts by Ainu activists and allies would, over nearly a century and more later, lead to a reevaluation and reversal of attitudes and policy towards the Ainu. A 1997 Japanese court case opinion declared government assimilationist policy to be unconstitutional under the post-war 1947 Japanese constitution, further elaborating that the Ainu were entitled to practice their own culture without government interference.

Shortly following this court case, the 1997 Ainu Culture Promotion Act (ACPA) would repeal the HFAPA and direct government efforts to promote elements of Ainu culture—albeit stopping short of recognizing them as an indigenous people. A decade later, Japan voted to adopt the UN Declaration on the Rights of Indigenous Peoples (UNDRIP), and in 2019, the Japanese Diet passed the Ainu Policy Promotion Act (APPA). The APPA, among other pro-Ainu measures and in line with the UNDRIP, brought the government to finally, officially recognize the Ainu as an indigenous people. As an added APPA consequence, the Upopoy National Ainu Museum and Park (Upopoy) was opened in 2020 to further preserve and promote Ainu culture state-wide.

Through performance, even with my limited Japanese (and non-existent Ainu), I was shown what the Ainu valued: fire and the hearths they huddle around, nature and the beasts they hunt down, community and the kamuy they sing thanks to.

A Trip to Upopoy 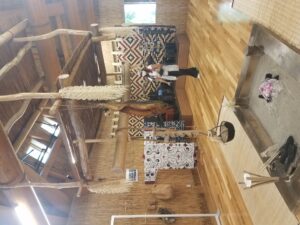 All of that effort, and 2 years later, I ended up in Upopoy. Having read up little else else about what was in Upopoy, or really that much about the history of the Ainu beyond manga—all that aforementioned summarized history was stuff I learned from the museum and research after my visit—I was expecting the place to be closer to your standard museum, exhibits that you simply walk between, study, and read info panels from. To be fair, that museum standard isn’t not valuable, but Upopoy was that and much more: workshops and demonstrations, in addition to indoor and outdoor exhibits.

I arrived at Upopoy by train from Sapporo a little before midday, and realizing all these workshops and demonstrations existed, and held during set recurring time blocks, I was worried I wouldn’t have time to experience everything that interested me inside the museum. I managed though.

Instead of making a straight beeline for the indoor permanent exhibition, I strolled the grounds—which was beautiful, by the way—and brainstormed what attractions I could make in time, and which I needed to make advanced reservations for. I needed to sign up for a few, and I needed to just show up for others.

Soon, I headed into a theater to watch some traditional dance and song. Starting off with that was probably fitting, given the museum’s name. “Upopoy” is an Ainu word meaning “Singing in a large group,” and as it happened, the Ainu performers in the auditorium sang in groups. Through performance, even with my limited Japanese (and non-existent Ainu), I was shown what the Ainu valued: fire and the hearths they huddle around, nature and the beasts they hunt down, community and the kamuy they sing thanks to.

I watched two men sitting and rocking in place, voices booming in front of a fireplace; a hunter dancing about in a projected forest, his bow swirling and slashing in the air, his mouth mimicking the calls of birds; a group of Ainu circling in celebratory iomante around an imaginary bear, thanking the sacred animal for its offering of meat, fur, and organs to the Ainu, praying for its safe journey back to the world of the kamuy. Also there was this weird mukkuri mouth harp that I swear reminds me of rubber bands. 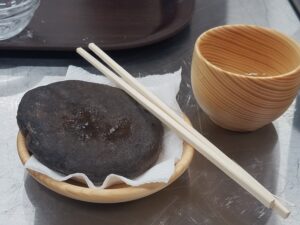 I folded sugar, salt, and a third substance I don’t remember the name of but I trust is edible into a dark smelly dough before shaping the dough into fermented potato pancakes called munin-imo. I waited for the pancakes to fry while chomping on all the dried fish and watching traditional Ainu methods for fermenting potatoes, ala the cold and the snow. I marveled at how the interior of the Ainu cise living quarters centered around a hearth for cooking, smoking, handicraft making, and keeping warm. I noticed from inside the animal cages just outside for keeping animals such as bears put until their ritual slaughter, and the sacred window facing the Ainu’s totems of religious kamuy devotion. I listened to the weird mukkuri harp two more times, and also the tonkori, which is a stringed instrument that looks like a handheld koto and sounds less weird.

And then, I finally visited the indoor permanent exhibition too, which was great, but definitely less memorable than all the other neat stuff I experienced at Upopoy.

I did other great and neat things in Hokkaido, but when I was asked by my kids what my favorite memory was during my summer vacation, I decided it had to be visiting Upopoy. It had to be learning about the Ainu through all the demonstrative ways Upopoy teaches that knowledge and appreciation through. Perhaps that’s weird to those who don’t love history and culture as much as I do, but I do hope, after reading this article, that the Ainu are a little more interesting to you too.

Marco is a fifth-year ALT and the current Culture Section Editor for CONNECT. Living up to his certain Italian explorer namesake, he’s traveled to over 30 prefectures in Japan so far. He really likes history. He got congratulated by the museum staff for being hardcore and eating all the dried fish on his plate at the Ainu food workshop when no one else did.