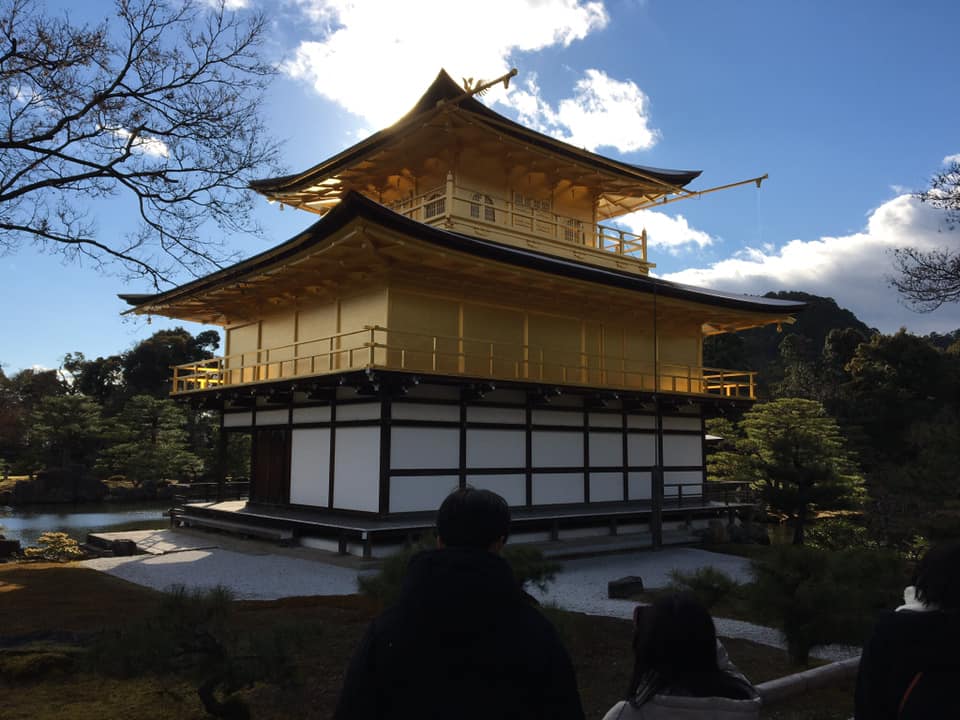 “So are you going to Kinkakuji?” asked every friend, every co-worker, every family member when I told them that I intended to visit Kyoto for Christmas. And every time, when I calmly replied, “No,” I was greeted with amazement or disappointment. After all, Kinkakuji is one of, if not the, most famous of Kyoto’s landmarks. How could I not visit it?

What they didn’t realize was that this fame was precisely why I didn’t want to go. My very first exposure to Kinkakuji was through a novel by Yukio Mishima, The Temple of the Golden Pavilion. The novel’s protagonist is told tales of Kinkakuji’s beauty for years and years, to the point that when he finally sees the temple with his own eyes, he finds it thoroughly disappointing. I didn’t want to put myself through that. The image in my mind would surely be more beautiful than the reality on the ground, so I had resolved to never see Kinkakuji. Instead, I had a completely different travel course planned out. From start to finish, my day was meticulously mapped. Nothing would be left to chance. It would all be immaculate. 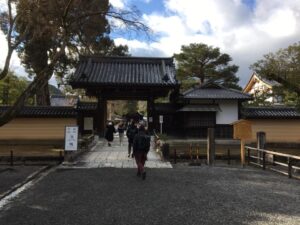 But then, God laughed at the plans I’d made. It turned out Google Maps was notoriously anti-bus, so I ended up lost before reaching my first planned stop. A walk Google assured me would take 20 minutes ended up taking an hour. The museum Google swore was open ended up being closed for the holidays. And, to top it all off, my phone died just as I managed to get on the bus for Kitano-Tenmangu. At this point, I was tired, cold, blistered, starved, and all-around exasperated. And as soon as I got off the bus, I went to the nearest restaurant I could find. I needed a break.

The mom-and-pop place was small, but not crowded. And the mom and pop were kind enough to let me use an outlet by the kitchen for my phone. It’d take at least an hour to charge though, so in the meantime, I had nothing to do but wait and eat, with my thoughts as my only company. And while my first thoughts were shame over my failed plans, eventually, they turned to old times.

I thought of how angry and upset I was, and wondered why I couldn’t simply be like my Buddhist monk friend, Muichi-san. I’d had the opportunity to live with him at his temple for a month, and had always marveled at his calmness and control, while also envying his ability to meditate, something I’d always failed at doing. I’d never known what to think, how to sit, what the meaning was behind the chants we read, and Muichi-san had never tried to correct any mistakes I’d make. I hadn’t been able to understand, and I’d felt stupid for it. And yet, somehow, as I was feeling stressed and embittered, my mind kept wandering to Muichi-san and the way he would sit. Like a phone plugged into a charger, sitting would rejuvenate him.

With all the issues I’d faced that day, I wouldn’t have expected a simple sitting break to make them all disappear. [[pull-quote]]And yet, with no phone, no company, no obligations save those I’d made up, sitting there—alone, with only my thoughts—was peaceful. I breathed more deeply, let my mind wander freely, and felt my worries slowly fade.[[pull-quote]] There was still plenty of time for me to see what I wanted to see, and a whole day for new, good memories to overwrite my stressful morning ones. Then, just as my dessert arrived, a group came to sit at the table next to mine, and we had a pleasant chat. It was then, talking about life, the new Matrix movie, and other topics, that I suddenly realized. The morning may have been unpleasant, but if it hadn’t happened, I wouldn’t have been there, at that exact time and place, having that wonderful conversation.

I am not someone who believes that happy thoughts lead to good fortune. That’s the sort of snake oil that implies you’re only miserable because you deserve it. But by letting go of my carefully crafted plans, and simply appreciating the moments as they come, my day started to turn around.

When the group and I parted ways, they handed me a much-needed map, and asked that same, familiar question: “So are you going to Kinkakuji?”

For the first time, I hesitated to answer. Maybe this was a chance. Not a sign from the universe, but an opportunity I could take of my own volition, to have a new, exciting experience. Kitano-Tenmangu and Kinkakuji happened to be very close to each other. It would be no trouble to hop on over.

So this time, I said “Yes,” and soon found myself at the entrance to the Golden Pavilion. I would go into Kinkakuji with no expectations, no assumptions, only appreciation for whatever happened.

From the outset, I noticed something unique. Unlike all the other temples and shrines I’d visited that day, this place was crowded—as crowded as COVID restrictions could allow. More than that, it was a pre-planned, pre-structured course. You had to pay to get in, you couldn’t stray from the set path before you, and the whole thing was as smooth and mechanical as they could make it.

This all didn’t surprise me too much, since most of the old, famous temples in Japan are supported largely by the travel industry. Tourism is more lucrative than tithing, so if you are passionate about preserving your old monuments, it makes sense to utilize the tourist market to your advantage. That might sound cynical, but so was Mishima’s novel, and so far, my Kinkakuji experience was matching my old, cynical expectations. Maybe coming here had been a mistake. Still, at least I now knew that for certain. I thought I had a good idea of what was in store for me.

But then, as I walked among the current of visitors, I noticed something shining, peeking out from behind the trees. As I stepped closer, I saw it was the Golden Pavilion itself, and at once, I was struck by its beauty. I can’t describe the feeling in another way. I was simply . . . struck. 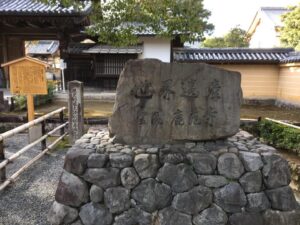 I took a picture right then and there. Not to show off, but to remember that moment and that feeling. The way the sun and water danced along its auric frame. The warmth that radiated from its golden glow. The imperial phoenix that stared down at me, like a guardian angel. Words cannot describe it, and pictures cannot do it justice.

My journey to Kinkakuji was a profound one, shaped by all the little frustrating and enlightening moments I experienced that day and from my past with Buddhism. Life is suffering. This is the essence of the Buddha’s Four Noble Truths. But maybe, the reason we suffer isn’t because of life itself, but the expectations we attach to it. The perfect partner, the perfect career, the perfect trip, the disappointing temple . . . We keep trying to mold people and situations into the preconceptions we have in our heads, instead of simply appreciating them for who or what they are. When I stopped expecting disappointment, and went in with an open mind, I found Kinkakuji all the more beautiful, and my day all the more enjoyable.

I confess, I don’t think I have things all figured out. But I do know that, since my visit to Kinkakuji, I’ve set aside time each day to sit like Muichi-san. And this simple act of sitting has made me appreciate my life even more. Should you visit it yourself, I can’t say what you’ll find at Kinkakuji. But I can say that anything of value you gain from such a visit will largely come, not from the place, but from you. It will all boil down to your expectations going in, and your reflections upon leaving.

Marco Cian is a first-year ALT in Toyooka, Hyogo. He is very glad to have taken his Kyoto trip before Omicron showed up. He also reads a lot, and you can find him on his Youtube channel, È quasi milione, where he talks about fantasy works.