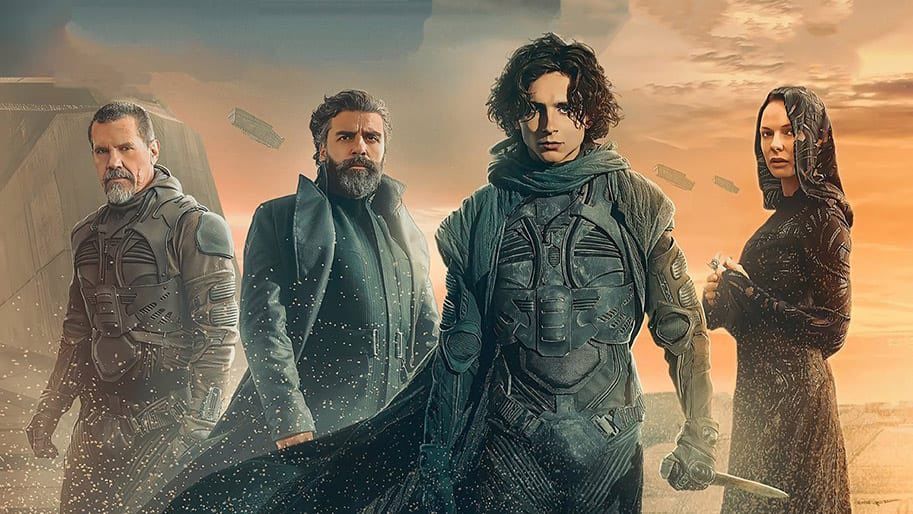 Frank Herbert’s 1965 science fiction novel Dune has been described as “unfilmable,” due to its dense plotting, bizarre imagery, and weird, highly-developed, feudal-future space society. This however, has not stopped people from repeatedly trying to film it. The 2021 movie Dune (also known as Dune: Part One), directed by Denis Villeneuve (Blade Runner 2049, Arrival), is the latest attempt.

Dune: Part One, covers the first half of the book (Part 2 is scheduled for release in 2023), and tells the story of young Paul Atreides (Timothée Chalamet), the son of a powerful, planet-ruling Duke, as his family takes possession of the desert planet Arrakis while various factions within the space-spanning Empire work behind the scenes to destroy them.

So, does Villeneuve’s film succeed—either as an adaptation of its source material or as an entertaining movie in its own right?

Well, it’s certainly a spectacularly good-looking film. On the big screen Dune is often genuinely breathtaking, with a sense of vast scale that is awe-striking. The design choices establish a unique world, and specific sound elements, like the mind-manipulating Bene Gesserit Voice, are incredibly effective.

Dune also boasts a great cast across the board. Oscar Isaac as Paul’s father, Duke Leto Atreides, and Jason Momoa as the loyal swordsman, Duncan Idaho, particularly stand out as bright spots amongst a very talented crowd. Stellan Skarsgård is also clearly having a good time chewing the scenery as the vile villain Baron Vladimir Harkonnen, and Charlotte Rampling steals every scene she’s in as the sinister Bene Gesserit Reverend Mother.

On the downside, the film is dour, self-serious, and emotionally distant from its characters. Like many of Villeneuve’s previous films, Dune is a gorgeous and impressive experience, but not an empathetic one. Throughout Dune I watched various characters express strong emotions without ever feeling like I was experiencing those emotions with them, and that’s ultimately because Villeneuve opts out of actually telling the story of Dune.

When faced with the difficult prospect of having to cram exposition into his film to establish Dune’s rich world building, philosophical themes, coiling political intrigue, or complicated character relationships, Villeneuve chose instead to just, uhh . . . not do any of that. 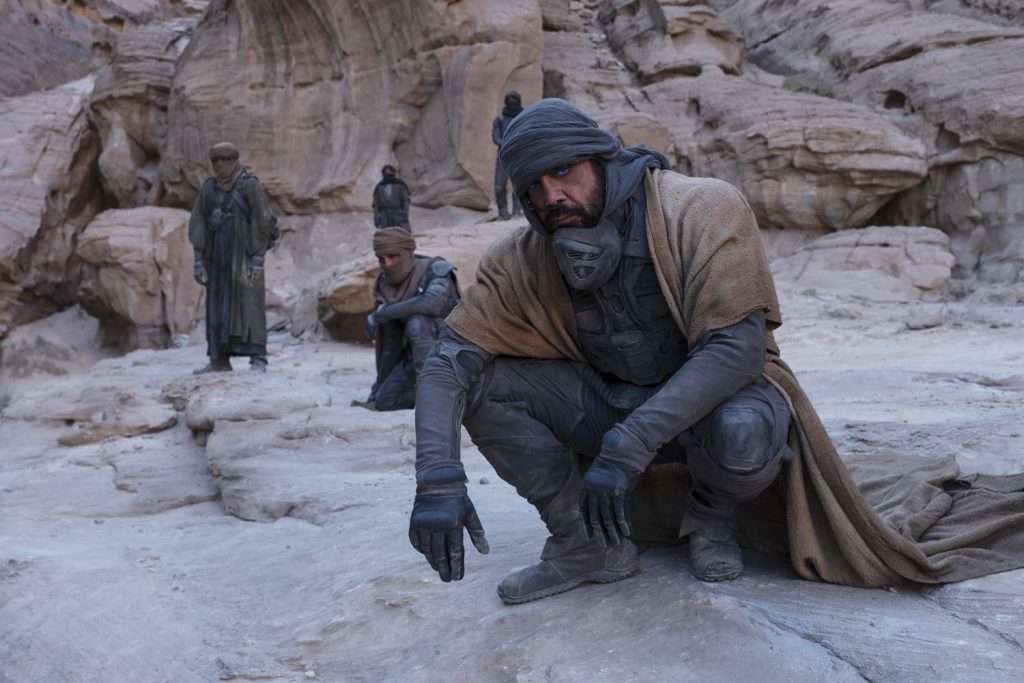 The viewer is left watching a bunch of scenes happening without understanding why the characters are doing what they are doing or why certain things are significant. What explanations we are given have been simplified down to their most generic elements to keep the story moving along.

At best it feels like watching a series of beautiful illustrations of the Dune novel: cool looking pictures without context. While it may delight the ardent Dune fan to see their favorite scenes and already-beloved characters illustrated in such a way, but the film itself is not actually doing the work to establish why these characters are interesting or worthy of love. Why is this sacrifice important? Why is this moment tragic? Why is this situation dangerous? The film doesn’t bother telling us.

On the other hand, viewers who come into the film with zero knowledge of the book may still be swept up enough in the stunning visuals and intrigued enough by the few surface plot elements that did make it to the screen to have a good time.

So, is the film worth seeing? Despite its flaws, I think so, yes. If you have a chance to see it in theaters (and if you feel safe to do so), I think it’s worth watching, if only to appreciate its sense of scale, lovingly-detailed design, and impeccable cast. And hell, overall critics are raving about the film, so it’s obviously working for somebody. Go and have a good time. But if you really want to experience the best version of this story, read the book.

Rachel Fagundes is a 5th-year JET and the Head Editor of [CONNECT]. She likes science fiction, comic books, the Italian Renaissance, and Japanese festivals.