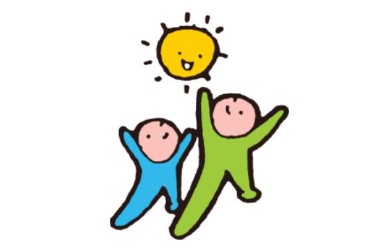 This article was finalized in October before the election took place. Some information may have changed since this article’s publication.

Following a whirlwind of major events and uncertainty, the Japanese political sphere has been disorienting for both its citizens and foreign onlookers. Between the COVID-19 pandemic, Japan’s longest serving prime minister Abe Shinzo leaving office, the controversial Tokyo 2020 Olympics, and a short stint by former prime minister Suga Yoshihide, Japan has had its fair share of issues to deal with in the last 2 years. Yet, the months of September and October provided the Japanese government with an opportunity to decide how to answer the calls of discontent across the nation. (1) With the conclusion of the highly contested Liberal Democratic Party (LDP) leadership race in September, and the hundreds of politicians who competed for only 465 seats in the lower house election held on October 31st, the end of 2021 is crucial in illustrating the path forward for Japan’s future beyond the pandemic. (2)

Whether we are very involved or not interested in the slightest, what happens in politics impacts the lives of every individual. As foreign residents in Japan, we cannot vote in these elections, but being a knowledgeable spectator of Japanese politics will give us the opportunity to better understand our current environment. This article will serve as a run down of the current affairs in Japanese politics (also known as seiji). This includes the LDP leadership race, a brief look into the newly appointed prime minister—Kishida Fumio—and what we can expect from the upcoming administration.

Cracks in LDP leadership initially began when the longest serving prime minister and LDP heavy-weight—Abe Shinzo—stepped down due to illness suddenly in August 2020. (3) Shortly after, he was succeeded by Suga Yoshihide, who inherited the position in the midst of the COVID-19 pandemic and the planning of the Tokyo 2020 Olympics. These events created a great deal of uncertainty and fear in those residing in Japan. The trepidation soon turned to public outrage when citizens—fueled by widespread panic towards rising COVID-19 cases—began to openly protest the Tokyo 2020 Olympic Games. (4, 5) Once the Olympics commenced, Suga’s public approval took a turn for the worst. Suga began his tenure at a very strong 66.4% approval rate, but the Games cut the short-lived administration’s popularity—ultimately dropping it to an all-time low of less than 30% approval. (6) This is known as “the point of no return”. (4) Recognizing the writing on the wall, Suga later announced that he would not be running for re-election and would be subsequently resigning on October 4 when his term expired. (7) The news of Suga’s resignation was initially shocking given his short time in office, but was hardly surprising given the exponential drop in public support just weeks before the highly-competitive, intraparty LDP leadership election.

On the afternoon of September 29, 2021, Japan’s major ruling party, the LDP, (which has largely remained in power since its creation in 1955) held their highly-anticipated leadership race. The winner of the party election not only becomes the head of Japan’s most powerful party, but is also virtually assured to achieve the premiership a few days later. Unlike other systems where opposition parties participate in the election of their country’s top leadership, this party-leader-to-prime-minister pipeline is typical within parliamentary systems. When a party has a majority control over the Diet (meaning the party has the “greatest representation” among the presently-elected seats), that group then becomes the ruling party. (8) Although each party in a parliamentary system has a designated leader, only the elected members of the ruling party are eligible to run for the premiership, with their fellow elected party members being the voter base.

In Japan’s case, the two top brass members and possible candidates for the race—Abe and Suga—were down and out due to their respective circumstances. Thus, four candidates—Kishida Fumio, Kono Taro, Takaichi Sanae, and Noda Seiko—were provided a golden opportunity to try their hand at becoming the leader of the LDP, and therefore Japan’s prime minister. (9) Despite having a historic showing with two female candidates—Takaichi and Noda—in a traditionally conservative party, the two candidates to watch were indeed Kono and Kishida.

Kono, who began his political career in 1996, has held various major positions in the Abe and Suga cabinets: Minister of Foreign Affairs (2017-19), Minister of Defense (2019-20), and Minister for Administrative Reform and Regulatory Reform (2020 – present). (10) The title you may know him by is actually as the “Vaccine Czar.” Kono was placed in charge of the COVID-19 vaccine rollout, during which he has been conducting public outreach to boost confidence and raise awareness about the vaccines. (11, 12) This has greatly increased his visibility and popularity among the Japanese citizens in recent months. Thus, the seasoned politician was widely considered the favorite for the premiership by many popular opinion polls. (13) With a whopping 2.3 million followers on Twitter, the public’s interest in him far exceeds that of his opponent whose following rests in the low 300,000 range. Advocating more progressive ideas than his counterparts such as legalizing gay marriage, protecting the pacifist Article 9 in the Japanese Constitution, and criticizing the relationships between politicians and business leaders, Kono is without a doubt a maverick within his party and in Japanese political history. (14, 15)

Like Kono, Kishida has maintained a long political career. In 1993, Kishida won his seat in the House of Representatives, serving a district in Hiroshima. He later went on to possess a number of important positions within the party such as Chairman of the Policy Research Council of the LDP from 2017-20. But Kishida is mostly known for his time as the longest serving Minister of Foreign Affairs in postwar Japanese history under the Abe administration. (16) Kishida also belongs to an influential group in the LDP political apparatus: Kochikai. According to The Diplomat, Kochikai has a particular diplomatic ideology that has produced “dovish” former prime ministers and celebrated the pacifism of the Japanese Constitution—views Kishida appears to have adopted as well.

During his tenure as the Minister of Foreign Affairs (2012-17) and over the course of his political career, Kishida made a name for himself as being “calm and honest.” This point is strongly illustrated in his track record when dealing with foreign nations. Between Kishida’s connections to the US and his ties to Kochikai—a traditionally pro-China organization—these diplomatic relationships make Kishida well-equipped for walking the tightrope and balancing the relationships between Japan, China, and the United States. (17)

Both candidates have their strengths in their respective areas of expertise with plenty of support coming from different factions of the Japanese political sphere. But unfortunately for Kono, public popularity does not reign supreme in the LDP leadership race. Instead, it would be Kishida coming out on top among his fellow candidates.

The Diet commenced the initial election, totaling 762 votes from 380 lawmakers and 382 rank and file members. (18) This led to a 256-255 close win for Kishida over Kono, with Takaichi and Noda far behind the two men. The following run-off consisted of a slightly different voter base—380 lawmakers and 47 prefectural representatives. Kishida, who has solid support within the party, was able to overcome Kono’s public favour in a 257-170 comfortable win. (18, 19) With that, on September 29, Kishida Fumio became the new prime minister-designate of Japan. (20) But what are the new prime minister’s proposed policies for the future?

Kishida’s Game Plan and What Comes Next

Kishida has expressed that he will implement “careful and tolerant” politics during his tenure as prime minister, making him the safe choice during a time of public unrest and dissatisfaction. (21) Although Kishida is of a similar ilk to previous LDP leaders and is expected to continue policies like that of the previously long-reigning Abe administration. (22) This declaration of “careful and tolerant” politics actually puts him in a stark contrast with the actions of the Abe and Suga administrations, according to The Asahi Shimbun. The newspaper quotes these administrations as being hallmarked by “unilateral changes in the government’s interpretations of laws, abuse of the ruling coalition’s dominance in the Diet and tendency to turn a deaf ear to dissenting voices and remove people with different opinions.” (21) These aggressive tactics were meant to ensure that LDP policies were established with as little opposition as possible. However, Kishida seems keeping in line with his Kochikai roots by attempting to not rock the boat among the Diet members and working to smooth over tensions among the public.

The opening polls for the new Kishida administration were less than ideal. Two days into his role as prime minister, the ratings were reportedly between 45% on the low end among more liberal newspapers and 59% on the high end among more conservative newspapers. (23) At the same point last year, the brand new Suga cabinet had polled a positive 66% approval among the Japanese population. Yet, within the year he would hit a new, astonishing low of 26% nationwide approval. (24, 25) Kishida later expressed that he would reflect on the low approval ratings; but can the new prime minister beat the odds and meet the expectations of his people?

For starters, his game plan appears to be intently focused on economic policy, specifically in directing resources to the financial ruins of the business sector and everyday people due to the ongoing COVID-19 pandemic. In his own words, Kishida has expressed interest in pursuing a “new capitalism.” This includes addressing the growing wealth inequality in Japan by aiming to improve wages for lower and middle class citizens, creating a COVID-19 assistance package, and increasing taxes on those with financial assets totaling more than ¥100 million. (26) These proposed changes did not bode well for Kishida in the few days after he officially ascended to the position of prime minister on October 4, 2021. Two days later, headlines hit with “Kishida Shock.” Stocks took a hit and the news trended across Twitter with memes and jokes poking at Kishida’s interest in wealth redistribution. Negative reactions from the business sector caused Kishida to later walk back his comments on the capital gains tax. Instead, he suggested that he would be focused on creating “economic growth before redistributing wealth.” (27) The prime minister has previously emphasized his commitment to financial changes with comments such as, “There is no new growth without redistribution. If the fruits of growth are not redistributed, consumption and demand will not increase.” (28)

In retrospect, the title of this article has a unique way of tying into the new prime minister’s diplomatic philosophy. Looking at the word Seiji, the Kanji sei refers to government or politics and the ji character can mean “to be at peace,” “to cure,” and “to conserve”. (29) The definition of seiji relates to Prime Minister Kishida’s personal ideology and also the upcoming work he has cut out for him. Party support, public support, and economic support: these are the major interests that Kishida must balance if he is to have a successful, long-running tenure. Will the careful and tolerant politician be able to gain the respect of all three? Or will he ultimately choose to focus on only one of these areas, leaving the others behind?

Sam is a General Section Editor for CONNECT and a fist-year ALT in Gunma with a passion for politics, One Piece, and astrology. When she’s not reading political theory, she’s probably choosing the perfect 15 second interval of a song for an Instagram story everyone will skip or saving an incalculable amount of cryptic memes. She also loves her cat Taiga, Korra from Legend of Korra, and the Pokémon Dragonite.