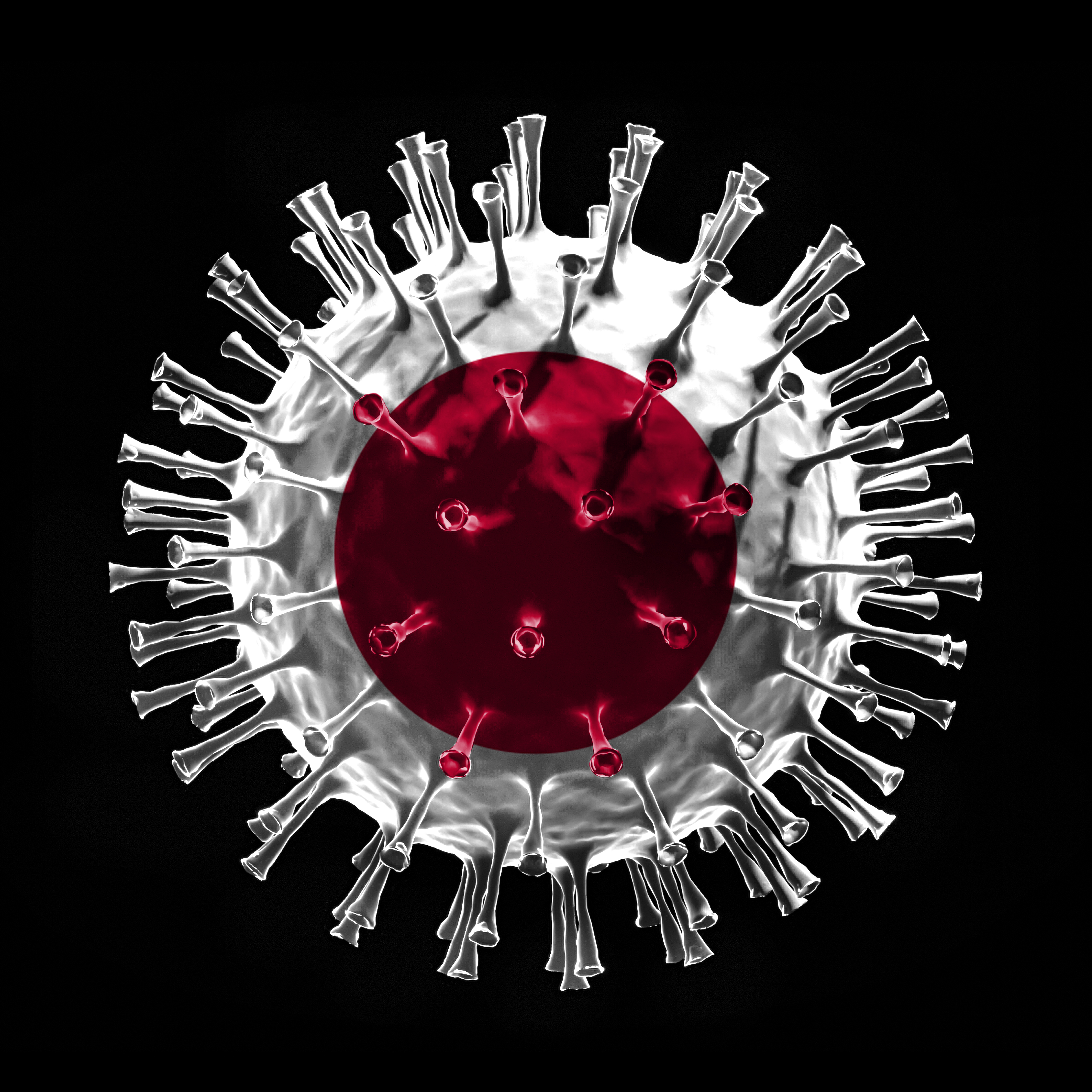 by “Robin” interviewed by Clare Braganza, CONNECT’s Wellness Editor [The names of some subjects in this piece have been changed for privacy reasons.]

Most of us have lived with the realities of COVID-19 for over a year now. With almost 500,000 cases in Japan to date (1), many prefectures have introduced preventative measures, helplines, and increased testing centres. But a year ago, Japan was less prepared. For an American couple who live and work in Japan, when one of them developed symptoms in March 2020, they found that access to testing and healthcare was far from easy. This is an interview with Robin, whose husband “Peter” suffered from anillness a profess-ional suspected was COVID-19 and is still recovering a year later.

Just as the first wave of cases began in Japan, Peter de-veloped the telltale symptoms and followed protocol. “Our company had already put in place a checklist to list symptoms and a tracking chart we could fill out,” Robin tells me. “So we were required to take four to five days off at the first sign of symptoms (stuck cough, fever, trouble breathing).” From there, she says it felt like running “headfirst into a brick wall.”

When Peter’s symptoms didn’t abate and he lost his sense of taste as well, their company contacted the health center on their behalf. “We had heard we might be shipped off to a quarantine location immediately,” Robin says, “so we packed our bags and waited.” But the health center gave a frustrating response (paraphrased from their translator): “You have all the symptoms, but if you don’t have it for real and we send you to the test center, you’re sure to catch it, so it’s better for you to stay home and not be tested.”

Even though Peter couldn’t be tested, his symptoms were severe enough that they sought hospital treatment  Again, they met difficulty. “We were told we should go to the local hospital if it was unbearable without treatment, but but because of his symptoms, we couldn’t go inside. In fact, they said Peter should get a PCR test, but after calling our work to check [. . .] this, once again, we were told that he couldn’t be tested. There was also some confusion,” Robin continues. “It seemed like they were saying Peter needed a doctor’s recommendation to be tested. Meanwhile, the doctor was saying he wouldn’t see Peter without a test!” Although the doctors were doing their best with what they had, without a test, Peter couldn’t see them.

In the end, the hospital gave them some medication and left Peter to recover at home. Robin describes how they could only get a few days’ medicine at a time, “so I had to drive Peter to the hospital, sit him in the parking lot, and go in on his behalf.” Peter had to be there so they would accept his insurance card, so the staff had to come out to the parking lot to see him. Although the staff were patient and kind, Robin notes that taking Peter out during recovery “was probably a terrible thing to do.” At times, “he literally could barely stand.”

Japan is a developed country with a high standard of healthcare (2), so why did it fail Peter? In hindsight, Robin explains how “the biggest problem was logistics. At the time, there was one test center [and] the location was kept a secret.” There were helplines at local hospitals, “but all three [. . .] simply referred us to the other hospitals.

When we realized this, we started to despair.”

Later, she says how “it would have been better if testing had been available sooner at all major hospitals.” These days, test centers are openly advertised at Robin’s local hospitals, but last April, the health system wasn’t prepared.

The other problem was “Peter’s chest X-ray. There was no scarring, so they constantly said that was ‘proof’ he was COVID-free, even though at the time, descriptions of the virus’s manifestation were known to widely vary. It was like they got hung up on this one ‘rule’ and decided nothing else need apply.” Robin describes their fear of passing it onto their schools. “We work with really little kids. If the city hadn’t shut down, they could have been at risk if Peter or I were forced to go back to work or lose our positions.” Fortunately, schools were closed at this time. 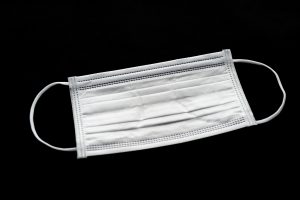 Two weeks later, Peter was deemed non-contagious and allowed a breathing test, then a sputum test. Sputum tests check for bronchitis and whooping cough, but it detected neither. The doctor “expected that whatever was still making him sick was embedded in the lung tissue and not the bronchial tubes [. . .] but there was no way to test without a biopsy.” At that time, the PCR test wasn’t readily offered to people once their two weeks of suspected COVID-19 were up, so in the end, the doctor said (in Japanese): “It’s best if we say it’s whooping cough because if your coworkers think you had COVID-19, it will only mean trouble for you.” Robin notes that whooping cough would explain why she had no symptoms, but without a test, whether Peter had whooping cough or COVID-19 remains unknown.

It wasn’t over. When Peter eventually returned to work, “he nearly collapsed.

It turned out he’d broken his breastbone and ribs from all the coughing.

The school didn’t want him to call an ambulance from the school (so the kids wouldn’t panic) and sent him to the apartment with a coworker, who was kind enough to drive us [to the hospital].” Once again, receiving treatment wasn’t simple. “The doctor at the ER thought Peter had had a heart attack, and after he was stabilized, suggested Peter not eat ‘karaage’ [fried chicken], which was a bit insulting. The doctor hadn’t even looked at the X-ray.” Robin had to push her husband in his wheelchair around the hospital to get a second opinion from another doctor. This doctor “was able to get a chest brace to hold the ribs and breastbone in place to heal.”

The illness left Peter with cough asthma (asthma triggered by various irritants, such as pollen during hay fever season), and the lack of a PCR test just made things harder. “Even if there was relief aid to someone with the virus,” Robin says, “we can’t prove anything.” It also means that some doctors treat his condition with scepticism. Peter “had trouble breathing one day and went to the local doctor. [He told him] it was all ‘psychosomatic’ and therefore [. . .] all in his head.”

In the aftermath, Peter also began suffering from PTSD. Robin says that he gets “panic attacks when something triggers the memory. Sometimes, we can’t even figure out what the trigger is, so we’ve had to hire a counselor online to try to fix the problem. [. . .] I never know when something’s going to lay him out on the floor unable to breathe. He can’t even watch a movie or read a book if it makes his heart race.”

Their quality of life is not like it was before, and they are in the difficult position of being contract workers. “One of our managers basically told Peter at his annual review that [he] had to ‘not so much as sniffle’ for the rest of the year, because the collapse at the school had convinced the Board of Education that he was somehow not up to snuff,” Robin says. “The manager wasn’t mean about it, but it really made me wish I could call up a union or something. Even if the manager didn’t think of it as a threat, it pretty much sounded like the [Board of Education] wanted Peter to be a superhero and work himself to death to ‘prove’ he [wouldn’t] get sick again.”

If you are worried about ending up in a similar situation to Robin’s husband, she has some advice:

1. Network: “What helped the most was our local coordinator and our local friends. We had fellow Assistant Language Teachers (ALTs) willing to do grocery trips for us, and having someone go with you to the doctor who speaks Japanese makes a world of a difference.” Also, express interest to coworkers ahead of time: “Oh, I’ve been thinking of seeing a dentist, etc.”

2. Plan for the lang-uage barrier: “Getting a referral to a larger hospital is best because there’s more likely to be someone who speaks English or other foreign languages, but the International Center in our city has volunteers who can come with enough advance notice, so I recommend ALTs look for those kinds of resources ahead of any emergency.”

3. Be prepared for dis-respect: “Brace your-
self for a GP who might be a jerk. Don’t act like a jerk too, but be super polite and get some Japanese under your belt and, whenever possible, bring a Japanese ally who can speak up for you. When we were trying to find an English-speaking GP to recommend a psychologist, for example, the doctor we found told Peter to ‘go back home if you’re so stressed out.’ Don’t be shocked if this happens to you.” (There are, of course, some lovely doctors, too. Robin says that many doctors and support staff were helpful and understanding.)

4. Prepare beforehand: “Websites like this multilingual medical quest-ionnaire and Dr. Passport are great resources to have on hand. Printing out a bilingual medical form and filling it in before you arrive is super helpful to the front desk staff, especially if you’re not used to visiting hospitals.”

A year on from the first development of Peter’s symptoms, Robin reflects on how precarious his situation was. “I don’t know what Peter would have done if he was here alone. [He] was told not to call an ambulance. What would he have done if he couldn’t breathe? At times, he could barely talk!” The most infuriating part: “the excuse that, ‘Well, you have all the symptoms, but we don’t want to test you because you could catch the virus.’” Even if everyone was doing their best, “while logistics got in the way, [. . .] that kind of reasoning just seems like reckless disregard for someone’s safety. You read about the virus getting worse after four or five days and going from 0 to death in 48 hours. What would we have done if Peter had had that condition?

“There weren’t enough resources in place, and there wasn’t enough care given to the variety of [possible] symptoms. With a deadly virus, there should have been no room for error. Better safe than sorry.”

Clare is a second-year JET in Fukushima and the Wellness Editor of CONNECT.