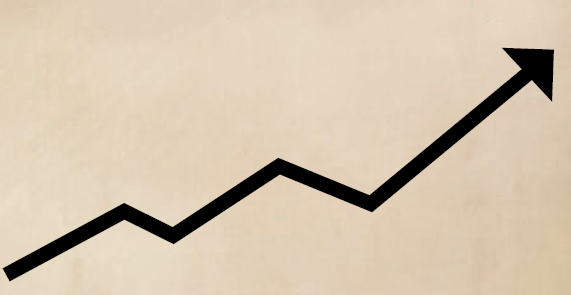 Deconstructing the Market Event of the Year

Gamestop. Wall Street bets. Short squeeze. I’d bet money that, before January of this year, you’d probably not paid much attention to these terms, if you had heard of them at all. January changed all that. In case you missed it, the markets bore witness to one of the most monumental events in history when a group of enthusiastic retail traders, encouraged by dreams of eye-watering profits (and perhaps pure boredom) engineered a once-in-a-decade short squeeze on one of the most heavily-shorted companies in the world. Although the squeeze has now ended, the effects are still being felt, and will probably reverberate for years, if not decades to come. And, there’s still the chance that the squeeze isn’t totally squoze after all. The question is: what exactly happened, and what does it all mean?

For those who don’t know what the heck a short squeeze or shorting is, let me give a basic rundown. One of the methods of making money in the markets is by “shorting” a company, whereby (typically) institutional investors borrow stock from a holder at a set price and then immediately sell at the market price, hoping that by the time expiration on their loan rolls around, the price of the underlying asset will have depreciated to the point where they can pocket the difference when purchasing the stock back. Think of it this way: you borrow a car from your friend and immediately sell it at market value to someone else (don’t worry, your friend has like 50 of this model car). In order to borrow the car, you have to put up about half the value of the car up front, and you have to pay your friend a monthly fee. You enter into this seemingly insane arrangement because you have a feeling that the price of this model car is going to crash in the next few months, at which point you will be able to buy the car back at a steep discount, while pocketing the difference. You’ve made money, your friend has made money (from the fees you’ve paid him) and you return the car to its owner. That’s basically short-selling.

What happened in January is that a group of retail traders congregating on the now-famous WallStreetBets, a subforum on the popular site Reddit, started buying up every share they could of GameStop, hoping to drive the price up the company higher. This would force the investors who had shorted the stock (mostly hedge funds) to put up more collateral to cover their bets, which would further drive the price up. Think back to our car example: you have to pay 50% of the price of the car up front as collateral and have to pay an ongoing fee. If the price of that car suddenly increases, you have to bolster your collateral obligation in order to remain on good terms with your friend who’s loaning you his ride. The problem is, the higher the price of the car goes, the more you have to put up to cover yourself, which in turn drives the price of the car even higher. This is what occurred with GameStop.

Last year, certain traders had identified GameStop as being one of the most heavily-shorted companies on the market, and predicted that this could lead to a short squeeze, in which the price of the shares could be forced upwards by a flurry of buying. Regardless of their reasons for doing it, retail traders, for almost two, brief days of trading, succeeded in their goal: GameStop rocketed from less than 20 US dollars a share to a high of 347 US dollars a share over the course of less than a week. (1) Many of the traders with “diamond hands” as they call it, held their shares hoping that the squeeze would continue to the moon and beyond, while others sold at the height anticipating a steep crash. Alas, it was the later scenario that occurred. GameStop plummeted back down to around 50 US dollars a share within a few days, wiping out hundreds of thousands, and in some cases, millions of dollars worth of gains. The squeeze got squoze…or did it? As of this writing (March 12th), GME is back up in the 200 dollar range, and traders are anticipating further short-term spikes.

Regardless of what happens, what this scenario showed us is that retail traders, armed with access to freely available information and accessible investing platforms (like Robinhood [http://bit.ly/3qJCVCh]), are now able to identify and take advantage of a situation that even a few years ago would have been impossible for anyone but a large hedge fund to do. Usually it is the big boys, duking it out and drawing blood (often at the expense of regular people’s pensions and 401ks) who cause these black-swan events. That’s no longer the case. Wall Street behemoths have realized that the little guy now has access to the same tools they do, and more importantly, are far more capable of dealing crushing blows to their once-unassailable positions. At the very least, this will lead to more transparency within the famously opaque finance industry.

While short-selling is not illegal, its morality can be debated, as big players shorting smaller, struggling companies like GameStop is often more than enough to utterly ruin those smaller companies. Shorting is in many ways an abhorrent investment tactic that underscores the crippling power large market players have on Wall Street today, and why so many are understandably infuriated at the perceived privilege and callousness of hedge funds. The same organizations who largely caused the 2008 housing crisis have finally gotten a dose of their own medicine, and while none of those hedge funds have gone bankrupt as a result of January’s events, (as many hoped they would), this brush with ruin should serve as a sobering reminder that in the 21st century, big players are no longer able to get away with the same shenanigans that have served them so well in the past.

Derek Hurst lives in Nagano prefecture and has been writing about business and finance for several years. Having studied economics in college, he came to Japan in 2008. He now spends his free time rock climbing, hiking and biking.