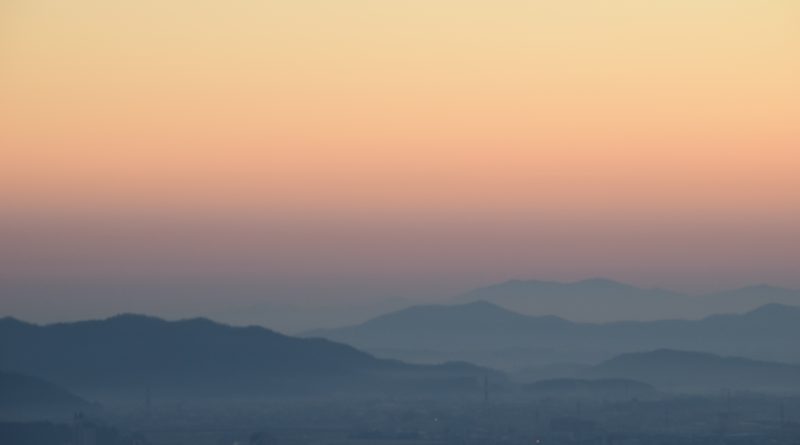 This article originally featured in the January 2019 issue of Connect.

We’ve all been there, right? Living in a foreign country whose traditions and holidays are vastly different from our own. Even worse, sometimes we’re stuck celebrating it alone. But while it could be a depressing season of let-downs and I-wish-this-were-more-like-homes, there is another option.

Last winter marked the beginning of a new tradition for me — hatsuhinode (初日の出). It’s one that I plan on taking back to my home country. It was also my first hatsumode (初詣), though this may be more difficult to do in my hometown. But here, let me start at the beginning.

December 2017 was the first time I had been unable to visit my family for the holidays. You know the schtick — all the holidays from Thanksgiving to Christmas and New Year’s are considerably smaller affairs, if you celebrate them at all. It seemed so gloomy, even with the sparkling illuminations everywhere you turn.

Then I got an offer I couldn’t refuse. Why not spend the New Year with my JTE and her daughter? Naturally, I agreed without hesitation. That’s when I found out how they planned on celebrating the New Year. 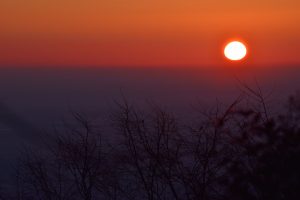 Back home, we celebrate the New Year by staying up to witness the death of the old year. Kind of gruesome, when you think about it like that. Don’t get me wrong, I love staying up until midnight, champagne in hand, watching as the clock ticks down and the fireworks kick off. It’s brilliant and colorful and loud. It’s also the exact opposite of New Year’s in Japan.

Here, they celebrate the birth of the New Year. Instead of waiting up for midnight, the Japanese go to bed and get up before dawn, heading out to witness the first sunrise of the New Year in a tradition called hatsuhinode.

My JTE picked me up at about 5 a.m., the weather frigid and the darkness impenetrable. Her daughter oscillated between being half-asleep and stoked that we were headed to see the sunrise. A short drive away stood Mount Kanayama, the small mountain just north of Ota City. We would be hiking up the mountain in the dark to witness the sunrise from the summit. Carrying our backpacks, headlamps on, we started our trek through the dark winter’s night.

Small pockets of hikers could be seen only by their bobbing lights above us, already well on their way to finding the perfect viewing spot. We carefully followed along, gaining altitude as our breath came out in icy puffs. I may have still been nervous about the narrow, unlit paths, but at least I was no longer cold.

By the time we reached the Kanayama Castle ruins, scads of people were walking up from the parking lot close to the summit. People of all ages, from the 85-year-old grandmothers to newborn babies in carriers, were winding their way through the ruins to the temple.

We finally found a spot to sit on a raised dais, the trellis above empty except for dormant, woody vines hibernating until spring. People all around were setting up cameras on tripods or picnics on blankets. Steaming mugs of tea, coffee, and cocoa were passed around as the sky lightened from the grey or pre-dawn to the first hints of orange.

My JTE had made onigiri and handed one to me, still warm from earlier that morning. We ate and sipped our coffee as the sun continued to rise, bathing us all in brilliant oranges, reds, and pinks. When the sun finally peeked over the horizon, cheers broke out all over the mountain. Friends, families, and strangers celebrated the birth of the New Year together, sunrise reflected in their eyes.

The moment the glowing orb was successfully hanging in the sky, the celebrations moved from the summit to one of the shrines or temples that dot the mountain. While waiting for the crowd to die down, we met Kocho-sensei and a few other teachers to sing the school song in hopes of a good year to follow.

Eventually, we meandered our way over to Nitta Shrine. We each tossed a 5-yen coin into the glistening box and rang the shrine’s bell twice to announce our presence to the gods enshrined there. Clapping twice, we paid our respects and asked for a happy new year before bowing and allowing the next group to petition the gods for the same.

The descent back down the mountain was considerably less treacherous than the ascent now that the sun was out in full-force. We no longer had to worry about stepping off the path and sliding to our death or dismemberment, but it was still exhilarating to hike in the bright winter morning.

At the base of the mountain near Daikoin Temple, a small festival was being held– complete with chocolate covered bananas, oden, yakisoba, and our breakfast of choice: cotton candy. Betcha can’t guess who picked our vittles. 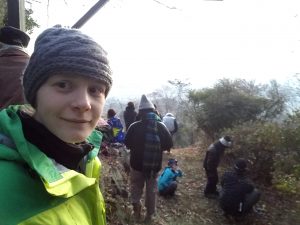 Last year culminated in some new traditions I plan on taking back to my hometown. I think instead of climbing up a mountain, I’ll drive out to the beach and enjoy the uninterrupted sunrise while the rest of the world slumbers after a late night of partying. It’s a simpler way to celebrate, perhaps, but one that soothes the soul and reminds us that even in the darkest of nights, there’s always a sunrise to chase away the shadows.

This year, I’ve been invited back for the whole day of festivities. Now that I’ve experienced hatsumode and hatsuhinode, I can’t wait to learn about other traditions with her family. Maybe we’ll eat o-sechi ryori or make mochi. Maybe we’ll listen to the pealing of the bells for joya no kane. Maybe I’ll get to try my hand at karuta again and not be beaten by a 6-year-old.

No matter what is in store, I’m grateful that I can experience the New Year in such a grand way. Being on JET isn’t just about teaching English. It’s about making friends and exchanging cultures. It’s about trying new things and merging parts of each culture until you find what suits you.

My challenge to you this holiday season is to try something new. Get so caught up in the uniqueness of Japanese culture that you don’t have time to be sad you missed your family’s traditional Christmas morning cinnamon rolls. JET doesn’t last forever, but memories do. Go out and make some and have the happiest of new years!

Nikkita Kent is Connect’s 2018-2019 sports editor. Check out her bio on our Meet the Team page! 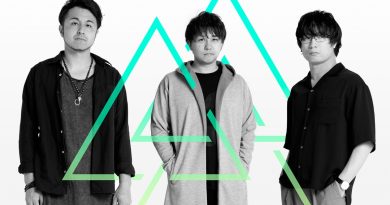 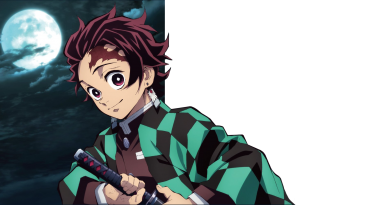 An Open Taisho Secret: The Popularity of Kimetsu no Yaiba 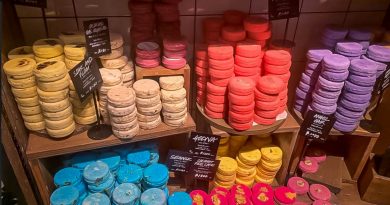