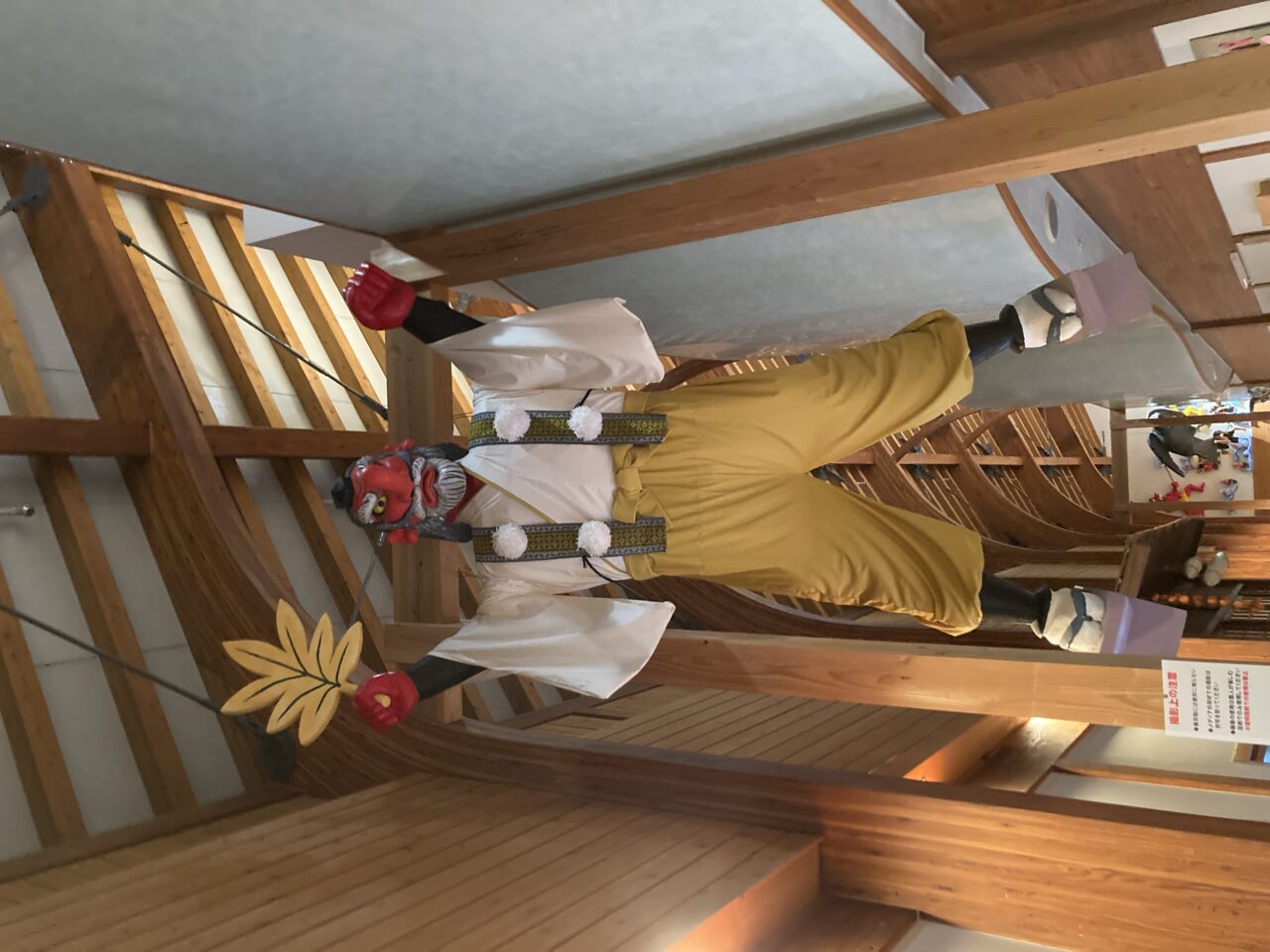 The Mysterious World of Japanese Yokai

I’m hiking a trail in the Shikoku Karst, the highest point on the island, up to its summit. The Karst is famous for its rolling highlands, looking out over a sea of clouds, but now we are in the middle of the forest. What started as a leisurely walk through the trees has turned into a near-vertical path up the side of the mountain, on a narrow trail surrounded by thick green foliage. That’s when I see the big wooden sign: Tengu no Mori.

“What’s with everything here being named tengu?” I ask my husband, whose idea it was to take this grueling hike up the side of the mountain. Last night, we’d camped in the Tengu Highlands, and this morning we’d driven past the Tengu Guesthouse.

“There’s probably lots of tengu around here,” he says.

Those red guys, known all throughout Japan as tengu, are tall with long noses, and live in the highlands. He tells me they not only have superhuman strength and the ability to fly, but can leap between dimensions too. They also like to kidnap people.

When we finally emerge from the forest and reach the summit, the view is breathtaking—dark mountain lines stretching to the horizon, a deep green valley, sand-colored pampas grass fluttering in the wind. There’s not a tall, red creature in sight.

“Kamikakushi ni awanai you ni,” says my husband. Let’s not get spirited away.

“Kamikakushi ni awanai you ni,” says my husband. Let’s not get spirited away.

“Those red guys,” the tengu, are a type of supernatural being referred to in Japanese as yokai. Not quite monsters, not quite fairies, and not quite ghosts, yokai are an important part of Japanese folklore more accurately defined by what they are not: human. “Yokai” has become an umbrella term used to describe a variety of unworldly phenomena. Some look like humans, some look like animals, some shapeshift, and others manifest more like natural phenomena—streaks of light in the sky, or a strong gust of wind. Some cause death and destruction, and others are signs of good luck and prosperity. While some similar are found throughout Japan, most are incredibly localized, resulting in a rich diversity of yokai legends.

To learn more about the yokai where I live, in western Tokushima, I visit the Yokai Yashiki, a small museum in the mountains of Miyoshi City. The exhibits in the Yokai Yashiki display a wide variety of local and national yokai, in mostly Japanese, but occasionally including a sign or story in English. There, I learned that Tokushima is home to the konaki-jijii, a yokai that lives in the mountains, and whose cries sound like those of a human child. When an unsuspecting victim tries to rescue the konaki-jijii, they find what appears to be a lost little kid. But when they take the child into their arms to carry down the mountain, the konaki-jijii becomes heavier, and heavier, slowly returning to its original form as an old man, until the victim is either crushed or loses their balance and falls.

Next, I read about the onago, a yokai who takes the form of a tall woman with long hair, on the lookout for infants to snatch. When she cries, a small sign in English tells me, “the rivers flood and bad luck comes to the village.” Then, there’s the tanuki no souretsu. A long line of glowing lanterns used in Japanese funeral processions appear in eerie processions on the mountain, the exhibit explains, only to abruptly disappear.

The story that stays with me the most though, is one about the tengu. More accurately, the shiba-tengu, a type of tengu found in western Tokushima that hide along walking paths, under fallen leaves, and snatch up children passing by. On a small plaque, next to a drawing of two terrifying squiggly eyes under a pile of leaves, I read the local story of two elementary school students who disappeared in 1940 while walking home through the mountains. Despite an extensive search effort, no trace of the children was ever found. The villagers knew the truth though—it was the shiba-tengu. The kids had been whisked away to another world.

Not all yokai are bad, of course. Some are even considered good luck, like the zashiki-warashi. The zashiki-warashi appears in the form of a child with short hair, and plays pranks around your house, like spilling flour or sugar on the kitchen floor. You might hear it giggling from the corner of your bedroom. It likes to pull your pillow out from under your head at night, and toss it on the ground beside the bed. These pranks never escalate into anything dangerous—in fact, having a zashiki-warashi in your home is a great sign of family prosperity.

During the pandemic, another benevolent yokai has been embraced across Japan—the amabie. The first report of the amabie, a yokai with long hair, a beak-like mouth, and three legs covered in fish scales, dates back to the mid-1800s. According to legend, fishermen in what’s now known as Kumamoto Prefecture spotted a strange, glowing object in the sea multiple nights in a row. When a town official went to investigate the strange object, it emerged from the water and spoke, telling the man to draw a picture of it and spread the image around during times of disease. Nearly two hundred years later, as the COVID-19 pandemic suspended daily life around the world, the amabie’s popularity exploded as people began to share images of the yokai on social media. Companies added its image to their products—in Tokushima, I’ve seen big colorful pictures of the amabie on local sudachi-shu alcohol—and it even became the mascot for Japan’s public safety campaign. When I came across a small painting of the amabie at a gift shop last year, I couldn’t help but buy it and hang it in my classroom—I mean, it can’t hurt, can it?

Not many Japanese people I know actually believe in literal yokai anymore (“Um, no,” my closest friend says when I ask her), but yokai stories are as popular as ever.

With a boom in technology after World War II, it didn’t take long for ancient yokai legends to work themselves into contemporary Japanese media. One of the first series to popularize yokai was GeGeGe no Kitaro, a manga created in 1960 by Shigeru Mizuki which later inspired spin-off TV shows, live-action movies, and video games. In the story, Kitaro is a friendly yokai who helps protect humans from more sinister yokai. Created in recent years, Yokai Watch is an anime and video game series aimed at younger viewers, and tells the story of elementary school students befriending good yokai around town, while fighting off bad yokai.

Chances are you’ve probably seen yokai in popular English-language versions of Japanese media too. Yokai appear in Studio Ghibli movies, the Pokemon series, and horror films like The Ring. The kappa—an amphibious green yokai that likes cucumbers and drowning people in rivers—even makes an appearance in Harry Potter. As Japanese pop culture continues to grow in popularity around the globe, yokai folklore spreads with it.

As avid campers, with a soft spot for sites off the beaten trail, my husband and I often find ourselves in the wilderness alone. Walking through places like Tengu no Mori, it feels like normal life has been left behind, as if nothing exists anymore, except for the mountain, the forest, the birds, and us. It’s incredible.

But I’d be lying if I said I never felt on edge. There will be strange rustlings in the dark green foliage between bamboo stalks. Lights flickering across the mountain valley after sunset. Cries in the middle of the night from the forest, or the sound of a voice, not quite close enough to catch the words.

Neither of us really believe in yokai. I’m not scared of the tengu on a hike, or of meeting a kappa while swimming. But I do feel acutely aware that we live in a word surrounded by mysterious, captivating, unexplainable phenomena—and that some people choose to call that yokai.

Amber Bunnell is a former JET (Tokushima 2016-2019). She runs Kohaku World English, a language school based in Tokushima, and is a founding member of the not-for-profit organization Tsunagu Mima World Community. When not teaching or volunteering, Amber enjoys camping and travel, and is obsessed with onsen. Follow her at ambersensei.mima on Instagram.