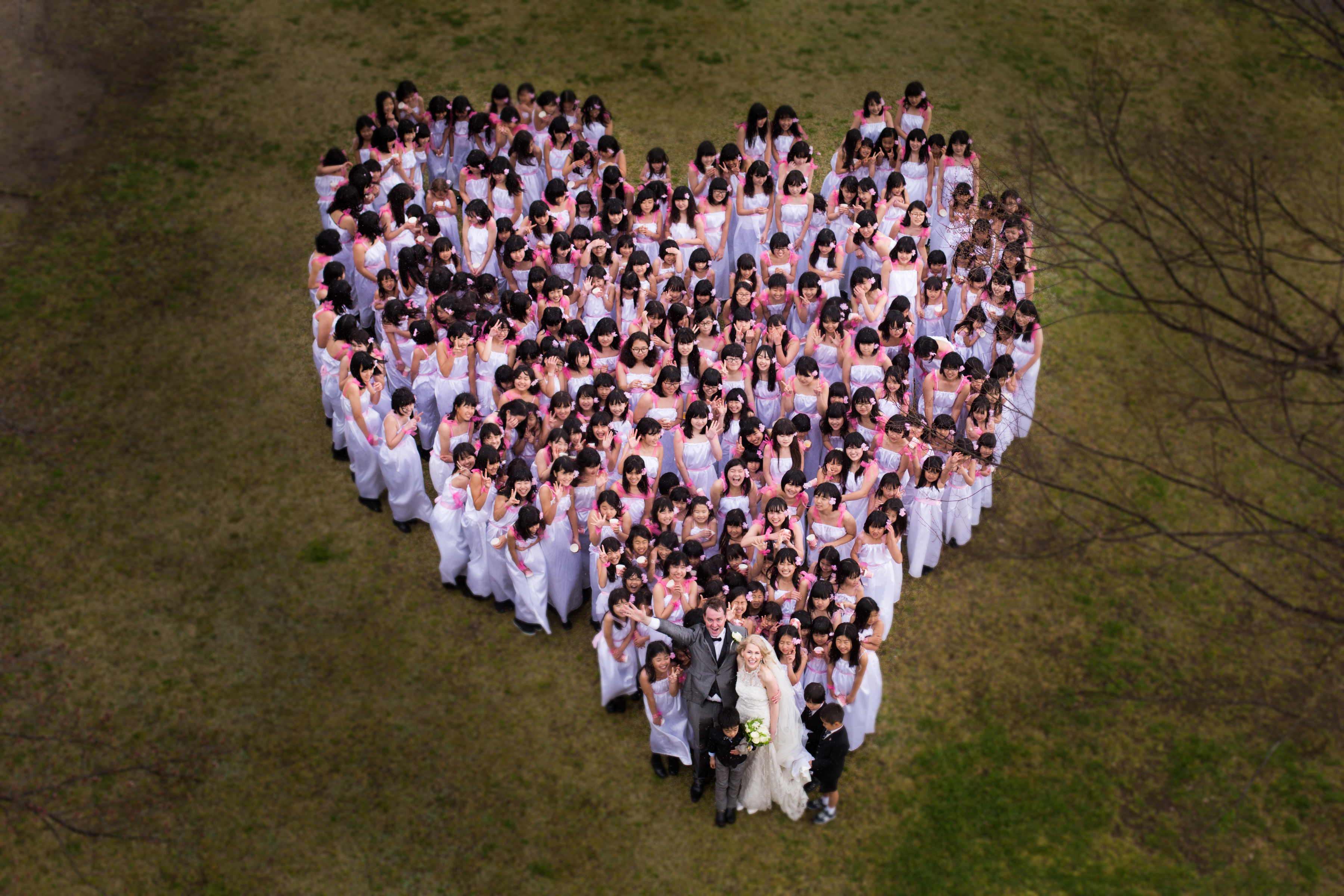 Many of us have a home away from home in Japan, somewhere that will always hold a special place in our hearts. Mine is Hita—a beautiful region with a rich history set amongst flowing rivers and green mountains in the west of Oita Prefecture. The people there are amazing too! I lived there for three years and fell absolutely in love with the local community. I was also in love with a certain someone named Leon. We had been together for seven years before he proposed in the rainforests of Yakushima Island.

After the 2016 Kumamoto earthquakes, our existing wedding plans turned in a new direction and became part of a community project to lift spirits, spread joy, and shine a light on the region. We joined forces with some friends, and after consulting community members and officials, we agreed on a goal: to attempt a Guinness World Record title for “Most flower girls in a wedding.” It was planned to take place in Hita approximately a year after the earthquakes, with the girls marching down the aisle and into spring—a time for reflections and new beginnings.

Word spread around town and we soon had plenty of girls joining the bridal party. I was teaching at nine schools, so I knew a lot of kids! An enthusiastic team of friends, neighbours, students, and parents worked together to plan out the big day and take on the challenge. We were dubbed “Team Flower Girls in Hita” and worked on everything from the logistics of breaking records to hand-making dresses. Everyone had an amazingly positive attitude and worked well together, bonded by our experiences and a spirit of togetherness.

We were finally married in a riverside park on Apr. 2, 2017. We celebrated alongside 253 flower girls, one ring bearer, and two pageboys! Team Flower Girls in Hita had achieved a Guinness World Record and we were married in a place we love surrounded by people we love. We broke open a barrel of sake and enjoyed a hanami-style picnic, making memories to last a lifetime.

Charlene Pearson and Leon Watts’ record for most flower girls in a wedding is featured in select editions of Guinness World Records 2019, out now. For more information visit www.guinnessworldrecords.com

Charky Watts lives in Australia with her husband Leon and their dog Murphy. She stays connected to her friends in Hita with regular video calls and visits. She enjoys festivals, road trips, potato chips, and magic shows.