The Mount Rokko Cannonball race in Kobe stands out as unique, unconventional and popular among trail runners in Japan. Japan seems like a very regimented place. But there are settings where rules seem to take a backseat to having fun. To set the tone of how informal and carefree this event is, the race director has enacted funny rules such as “Try not to complain too much,” “If you’re looking for love, write ‘recruitment’ on your bib,” “Don’t drink any alcohol you may regret,” and “Reach the finish however you want: miniature pony, wingsuit, hang glider, skateboard, bicycle, etc.”

(In reality, those methods are rare on the technical trails. 99.9% of participants use their own two feet.)

The race is a low-cost, no frills event. The absence of course markers is unique among Japanese races—participants use a map of the Mount Rokko trail system, a Strava route or Google Maps. The race director provides YouTube videos (Part 1, Part 2, Part 3) that display the course from Suma Park to Shioheiji Shrine (near Takarazuka Station). In March, the 50 km event (the “Speed” run) starts on a Sunday at the shrine while in October, it starts from Suma Park.

Options for the race include racing as a pair or team—but everyone must finish together. Participants may also start Saturday night from Suma and finish the following morning at the shrine. That run is called “Night Speed.” They may also choose the 100 km “Power” run, which includes turning around and continuing from the shrine back to Suma park. The longest race—the roughly 150 km “Rainbow”—starts Saturday morning at the shrine, goes onwards to Suma, then back to the shrine before returning to Suma for a Sunday evening finish. I ended up choosing—the supposedly 50, but maybe closer to 43-kilometer—“Speed,” which starts Sunday morning at the shrine and finishes in the afternoon at Suma Park.

After taking the first train to Takaraza Station, I followed the crowd on a long, steep incline to the shrine, which warmed me up that chilly, clear morning. Runners scattered around the start, resting or changing their clothes (The large number of women—an unusual sight for trail races in Japan—participating impressed me). Those who had started the previous night in Suma were arriving at the shrine then. I acquired a bib and a couple gifts: a whistle and a cute sticker. Since this event occurred during the outbreak of the virus, the race director decided to proceed with an open start with no official finish times. Participants could freely start the race anytime in the morning to avoid crowding and give themselves more space among each other on the trail.

I wanted other runners to pass me throughout the race to help lead the way, so I started at seven a.m.—an hour earlier than most. Other runners were streaming by in the opposite direction, saying “Ohayou gozaimasu!” as they passed me. The first aid station had weiners, canned fruit salad, onigiri and other snacks. Runners were encouraged to donate to the aid stations they eat at since the volunteers purchased supplies out of their own pockets (I carried a pouch of money to donate 100-yen coins to the aid stations I helped myself at). The course brought us along a wide paved road, treating us to sweeping views of Kobe port.

The temperature hovered around 20 by 10:30 a.m., and sweat rolled off my face—it was obviously much warmer and more humid than in Hokkaido, where snow was still on the ground! The course splits a few times, where runners have a choice: ascend steps (the course presented an uphill climb for the first two hours), a trail to see a nice view of Kobe port, or stay on the road. I opted for the road, for I am clumsy and worry about tripping over roots. Running along a wide road, two other runners and I veered to the right.

But after a couple minutes, we noticed no other runners were ahead of us or behind us, and I checked my location on my phone. We had indeed taken the wrong way (we should have gone straight), but we could continue ahead and join the other runners. Perhaps we had added a km or two to the race, but at least, we were lost together and fixed our error swiftly.

Following a short visit to a rest stop with an aid station offering an impressive fresh fruit platter, we resumed the race and the course led us along a wide paved road while reverting to a technical incline crowded with day hikers. We then passed beautiful shrines and took in expansive views of Kobe and the port. Hikers and runners greeted me with a “Konnichiwa,” “Good Job,” or “Otsukaresama desu” as they passed. Slower runners and hikers quickly let me pass, and I did the same for the faster runners. At times, runners nimbly and swiftly descended the mountain as if they were floating above the rocks and roots.

The course passed through residential neighborhoods between mountain hikes, where we zigzagged through the streets before turning back onto an ascending mountain trail. Twice, we went the wrong way and had to backtrack or pass through narrow ways to find the right route. We were encouraged to stop at a Lawson seven km before the finish, where I refreshed myself. (Many runners were eating ramen on the front pavement). Two English speakers caught me shortly afterwards, and we ran together for a km or two. I let them go while climbing the next-to-last mountain, which proved the toughest part of the course. But I got a much-needed laugh at a tough point in the race from a poster featuring sexy women hung on the mountain for the Cannonball runners.

My feet became sensitive and tender, and my legs throbbed and wobbled as I ascended and descended. I relaxed, took a deep breath and refueled myself with the last of my supplies: sports drink, a fig cookie bar and youkan. I picked up the pace as I felt rejuvenated.

The last mountain consisted of ascending an incredibly long flight of stairs, followed by unsteadily descending endless stairs on the other side. With the end looming, I caught a much closer glimpse of the ocean, which lifted my spirits. The course brought me along a smooth wide dirt path and back into the city. I descended wide stone steps, but increasing my pace proved difficult with such long uneven steps.

Meanwhile, a spectator cheered enthusiastically and let me know the finish was near, which brought a huge smile to my face and reinvigorated me. But despite volunteers enthusiastically pointing the way to the finish, I apparently sprinted there the wrong way. I corrected my error by jumping over a curb to what wasn’t a proper finish line, but space on the grass in front of a “Finish” poster above a robot. A volunteer took a photo of me, while fellow runners smiled, clapped for me, and shouted “Otsukaresama deshita!” “Good job!” “You’ve arrived!”

I had finished in 8 hours, 50 minutes, which brought out emphatic shouts of, “That’s a fast time!” To which I replied, “That race kicked my butt!” My legs quivered for a while after the race. I took off my vest and my shoes. A huge hole had ripped in the heel of my right compression calf length toe sock, rendering the expensive bit of fabric moyasu gomi.

Runners who’d gotten lost or chatted with me during the race met up with me at the finish. We drank and ate snacks, took photos together and exchanged contact information before parting ways.

I’d hesitated entering this race (I had decided on it three days beforehand), as the course was unmarked and I worried about getting lost. I had made no plans in advance to run this race, but other runners reassured me the race would be fine, and I trusted them. During the event, my only goal was to complete the event before staff dismantled and packed away the finish. Yet kind runners nearby always helped me find the way. Last minute adventures are the best. If an adventure reveals itself to you, and you have the opportunity, throw yourself in the experience and see how it goes. Be open to whatever happens and enjoy the ride. 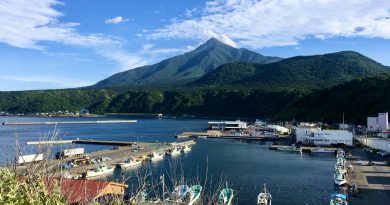 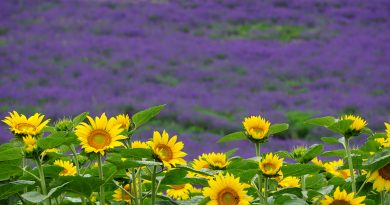 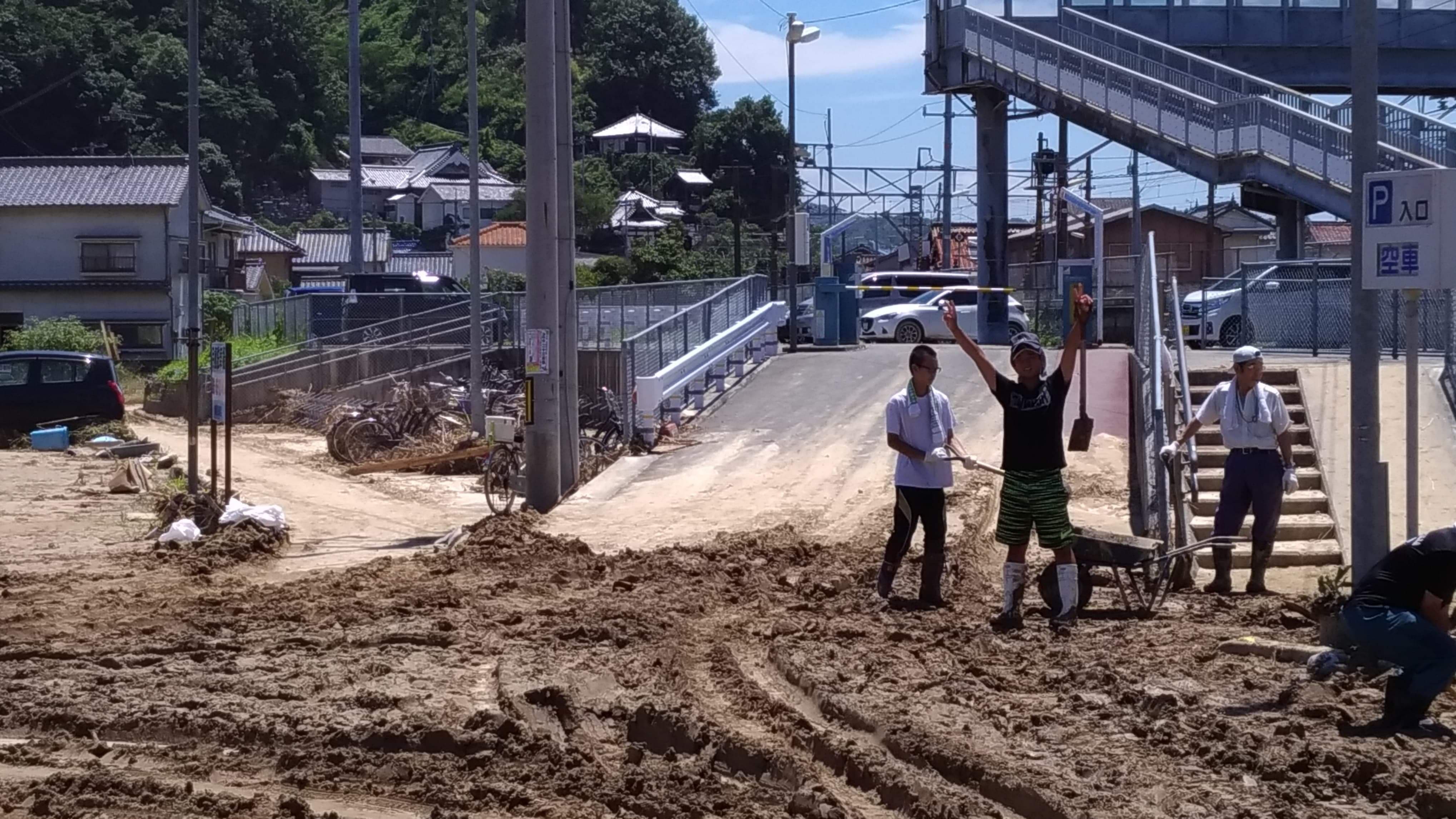