In the time it takes to fly from Atlanta to Tokyo 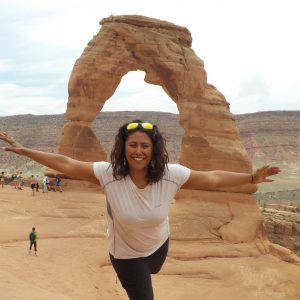 While I know that moving to a new country can be intimidating, I felt pretty confident before arriving in Japan. I have traveled a great deal and speak a couple of languages. I was sure Japan would be no more difficult than say, Morocco, for example. I didn’t know any Japanese and I requested to be placed in a small town. I hoped to be immersed in the Japanese language by force. This would suit me; I like chatting with locals in remote, off-the-beaten-track types of places. When I learned of my JET placement in Tokyo, I imagined an even smoother transition. Tokyo is, after all, an international city. It hosted the Summer Olympics in 1964 and plans to hold an even larger affair in 2020. Little did I know, Japan’s biggest town would set me straight. Two months into my Japanese adventure, I had revised my plan for learning Japanese.

I was not prepared for the surprises of this metropolis. I read somewhere that about 10% of Japan’s population is from abroad.  This made me falsely comfortable in my lack of language ability. I imagined an international city cloaked with signs in the world’s international language: English. I hoped to hear or see the names of the train stations as I approached them. Alas, I was too ambitious. From dining to basic logistics, the challenges of illiteracy abound.

Without knowing a single other JET participant, I jumped into the JET experience hoping to have immersion head on. I found myself incapable of even that. I reflect, now, on how I studied Spanish. It was pretty easy for me as the script is the same as English. Simply add a couple of accents and a few letters, and you’ve got a good basic start. For now, I’ve relegated learning the three Japanese scripts to an in-depth cram course in the unforeseen future. In the meantime, I find joy in the adventures of the unknown.

For the last two months, I have rarely known the specifics of exactly that which I am eating. Often, the English menu has fewer options than the Japanese menu. Other times, the combination or preparation seems suspect. I have put off my desire to eat less meat. I usually point and choose something unusual. Fortunately, though, I am a foodie, and my dining demands are easy to meet. Of course this leads to its own problem. I often find that I cannot effectively explain what I have eaten before, nor order it again!

The logistical challenges are the toughest for a new-illiterate. In late September, I found myself unable to comprehend the choices at the ATM. I certainly wanted to pay my rent, and there was sufficient yen in my account. However, I agonized over the choices of letters several times over the course of a week. Fortunately, my Japanese supervisor at school is perfect. She escorted me to the closest JP Post ATM and we sorted my rent out in the nick of time. She has also helped me sort through the barge of mail slipped through the slot in my door. We joke now that she is my Japanese mother and I am her fourth daughter. The utility bills with barcodes are easy enough. They usually have a logo in English and this way, my Japanese supervisor does not have to have every intimate detail of my Japanese life!

Though some of my language issues were easy to resolve, I had a really difficult time securing a phone plan. Although I sought the advice of my fellow JETs, I was deeply disappointed with the customer service at BIC Camera. Though I can never know for sure, I suspect that in addition to the language barrier, the agent at BIC Camera did not like the fact that a brown-faced American needed a phone plan. My subcontinental tan did not get me any tech advantages. In this particular case, I actually felt that my race was a disadvantage. Reflecting now, I have lived the majority of my life in the racially charged South without perceiving slights based on race. Though BIC Camera won’t be my preferred electronics outlet, the JET community pages were a lifeline. My incident at BIC Camera has helped me to grow more sympathetic toward American immigrants. In my American life, I worked as an immigration attorney. Though I saw how nationality impacted immigration issues were, I never sensed the pain of just looking different. Here, again, the language barrier helped me gain respect for my fellow JETs. I was able to make sense of my purchase and eventually able to operate my smartphone here in Japan.

Ultimately, the two most important things I have needed in Japan, no one told me to pack.  Without my healthy sense of humor, I would have been crying tears instead of reeling in laughter.  My sometimes untimely and awkward smile is a universal ‘hello’. I still believe it is good to speak the language of where you travel: in most instances the effort of just trying is rewarded with human kindness. With the help of a phrase book and a few beers, I am finding the izakaya to be my language school. I am content with this style of intercultural exchange. As a result of my misadventures, I have connected with many people despite the language barrier. Hiragana, katakana, and kanji, I’ll catch you in another world.

Sabrina Hassanali loves traveling. She has had a passport since infancy. She studied abroad in college, law school, and on her own. Sabrina decided to take a long leave of absence from America after Trump won the election. When she is not planning her next trip, she likes to hike, camp, and swim. Sabrina is also writing a blogpost for Verge Magazine. 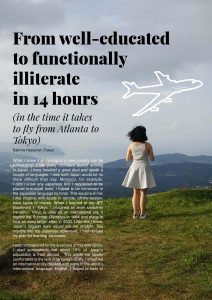 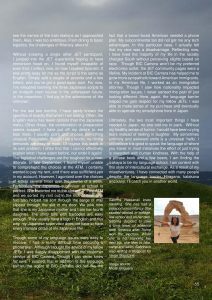 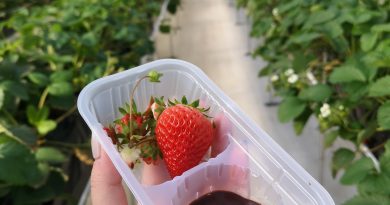 For the Love of Strawberries 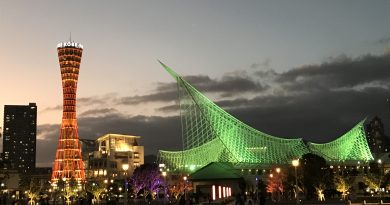 Not just a JET Dependent — The SENPAI 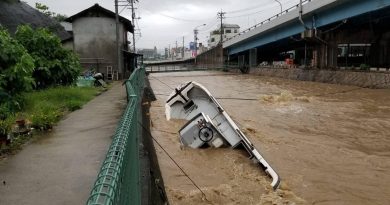 Everyday life after a disaster