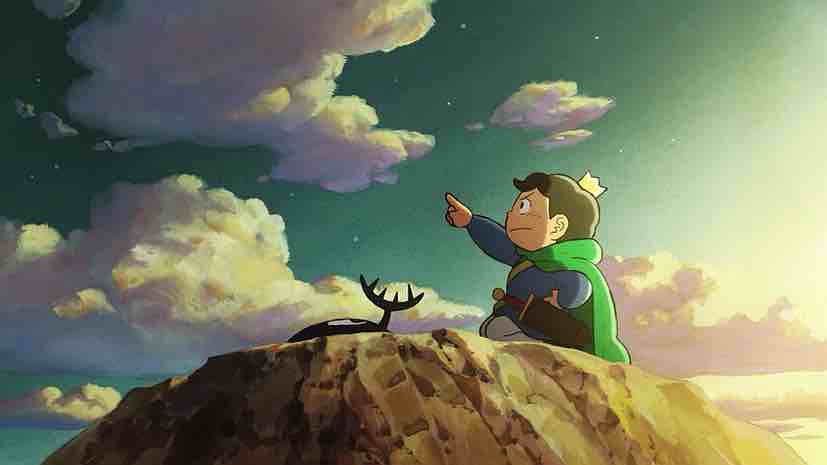 King Bosse is dead. Long live King Bojji! . . . or so he believes, but everyone else thinks otherwise, and they crown someone else king. From a glance, who can blame them? Prince Bojji is small, weak, deaf, and naive. The son of giants, and yet diminutive in size and strength to even to normal humans, how can he speak for a kingdom when he can’t even properly speak? But like many things in this anime, there’s more to Bojji than meets the eye, and over the course of the show, he’s ranked better once people give him a chance to prove himself in other ways.

Ousama Ranking (literally “King Ranking” in English) is a story that loves to reference fairytales and subvert expectations, those two passions often going hand in hand. The story, in fact, begins as a reference to (and then a subversion of) The Emperor’s New Clothes by Hans Christian Anderson.

Bojji is a good-hearted but lonely boy born in a kingdom that isn’t really innocent as its merry old fairytale veneer might have audiences believe. That false impression isn’t really helped by how its characters are designed—curved black lines and sparse facial details making the show look less like a modern anime and more something from a children’s book. And yet the kingdom is swept with intrigue soon after the previous king passes on, the scheming presaged by a literal, towering demon emerging out of the old king’s mouth at the king’s passing. It points at Bojji, laughs at him, then leaves, onlookers horrified by what transpired.

Throughout his life, Bojji has been looked down on for his weakness and naivety, head high past snickering crowds after giving up his best clothes to a swindler. However, the deaf Bojji knows how people see him and endures it without losing his heart, and it’s this underrated strength and kindness that makes swindlers and others into friends.

Ousama Ranking is the anime adaptation of a manga of the same name by Toka Sosuke. It was animated by Wit Studio of Attack on Titan and Ancient Magus’ Bride fame, and directed by Hatta Yosuke and Fuchigami Makoto. While fitting with its inspiration and subversion, Ousama Ranking’s generic fairytale aesthetic is not especially engaging to watch without motion. It’s the animation style that causes Ousama Ranking to stand out. The show’s simply designed characters lend themselves to fluid and dynamic action. Bojji might not have the physical strength of his giant father, but he has unmatched agility and perception in fights that the animation and direction excels at illustrating. 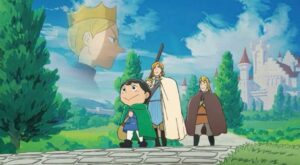 The first half of Ousama Ranking is tightly written and grippingly paced, and the narrative’s penchant for backstory and subversion adds remarkable depth to characters, beyond what audiences who are familiar with fairy tales might assume. The second half, unfortunately, is less so. Story developments become over-explained, the fight scenes are over-wrought, and an obsession with providing backstories to almost every character causes the show to suffer. As dark as Ousama Ranking gets, it’s also determined to rehabilitate as many of its villains as it can. The story suggests that heinous criminals should be forgiven, if they’re remorseful and if they’ve had a tragic past.

That’s a bold idea that I don’t think the show makes a persuasive enough case on, given how easily and . . . strangely it absolves certain characters.

Regardless of its faults, Ousama Ranking is an interesting take on classic fairy tale tropes and underdog story beats. An unassuming boy proves himself to his comrades with his kindness and unorthodox strengths, in the process rewriting what it takes to be a good king.

Marco Oliveros is a fourth-year ALT and the current Culture Section for CONNECT. He likes history. He’s also a freelance writer who writes about anime a lot. You can find a list of his published work here.