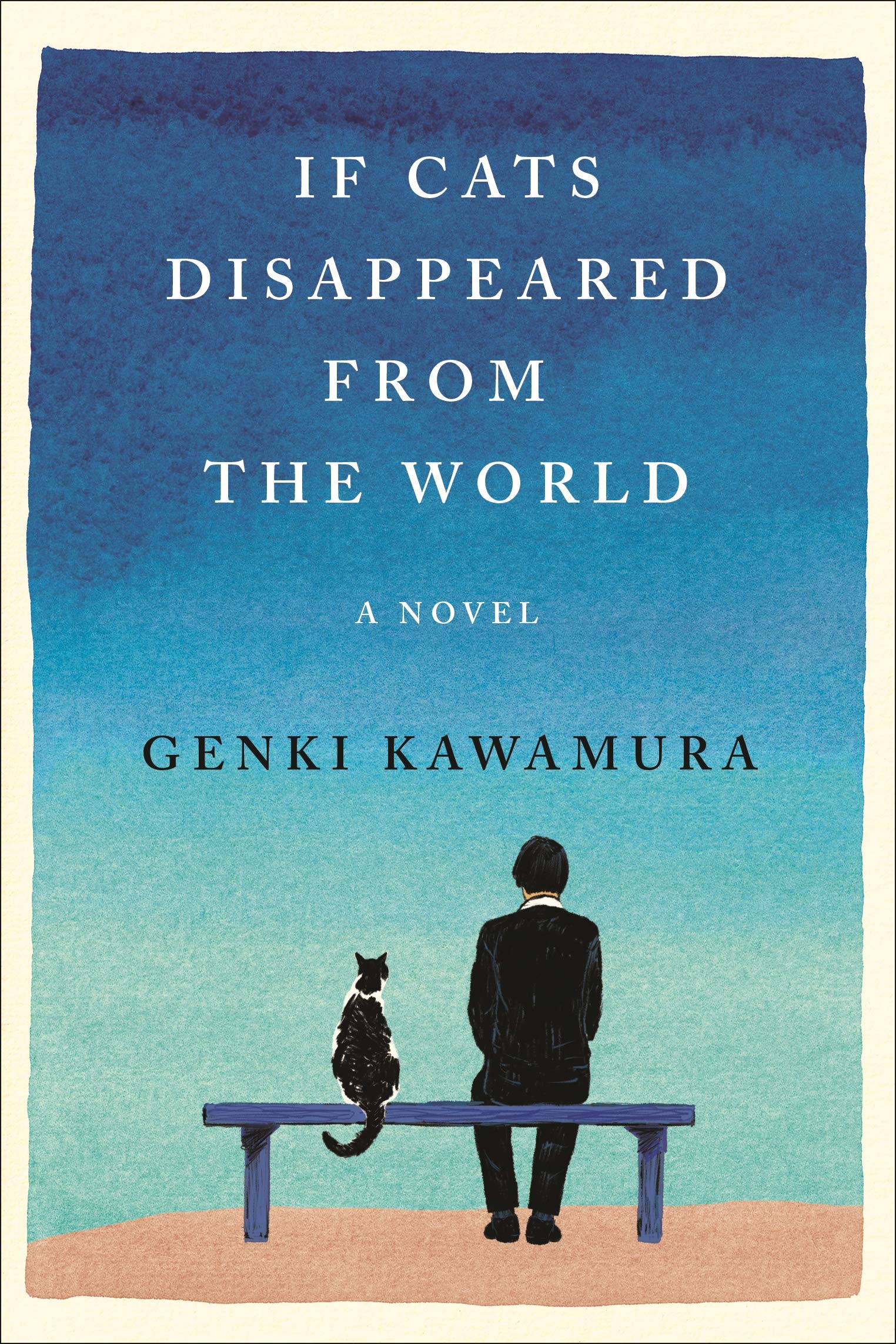 If you knew that your life was going to end any day now, and you were presented with the opportunity to permanently erase something very important to you—something like your cell phone, a favourite movie, or your beloved pet cat Cabbage—from the whole world in exchange for one extra day of life, would you do it?

If Cats Disappeared from the World by Genki Kawamura has a very simple premise with potentially complex meaning. What would the world be like if all cats disappeared forever? Written by a Japanese author, this book has a lot of potential to explore very complex themes about the value of life, and all the little things that make it worth living. Though I listened to the audiobook of the English translation, from start to finish I could tell that this story was very Japanese. I could clearly picture much of the imagery of businessmen shuffling around on crowded trains, cramped apartment living, the simple beauty of the everyday, and, of course, the unabashed admiration of cats. Oh, yes. As a foreign resident of Japan, still more or less an outsider looking in, even I could see and understand some of the cultural nuances in this story’s settings and characters.

However, the English translation of this story is sadly a little lacking in substance. All throughout, it was impossible for me to forget that this was a translation from the original Japanese. From the ham-fisted presentation of its message to the incredibly stilted, almost cringe-worthy dialogue, I really felt like the writing and story-telling fell painfully flat. It made me really wish I could read Japanese well enough to enjoy the story in its original language. It’s a short read, too, so there isn’t a whole lot of room to flesh out its characters and settings, or to explore its themes very deeply.

That said, If Cats Disappeared from the World definitely has a lot of heart in my opinion. The unnamed main character, while kind of a dunce, does eventually come to the realization that every little thing in life is, in fact, precious. Things like cell phones, movies, family and friends—and yes, even cats—play an important role in our lives. I only wish that were more obvious to him as it was to me while shouting out loud for him to grow a brain, dude!!

Despite its lukewarm reception, I’d say this book is worth a read solely for the fact that it’s so short and oddly campy. The audiobook is only four hours long, and the book itself is only about 170 pages. I recommend renting it from a library or borrowing it from a friend if you can—that is, if you aren’t willing to spend roughly 1000 yen on a somewhat mediocre translation to a book about a dumb guy making dumb decisions (at least until he makes one right decision at the end, thank goodness).

Dianne is a third-year JET in Gunma Prefecture, originally from Southern California. She is also a copy editor for [CONNECT] Magazine. As an avid writer, she tries to read as much as she can, but as soon as she starts reading, she just wants to stop and start writing. She hopes to read a lot more books this next year along with her admittedly more bookish friends, with whom she has organized a very small, very casual (and currently very distracted) book club.