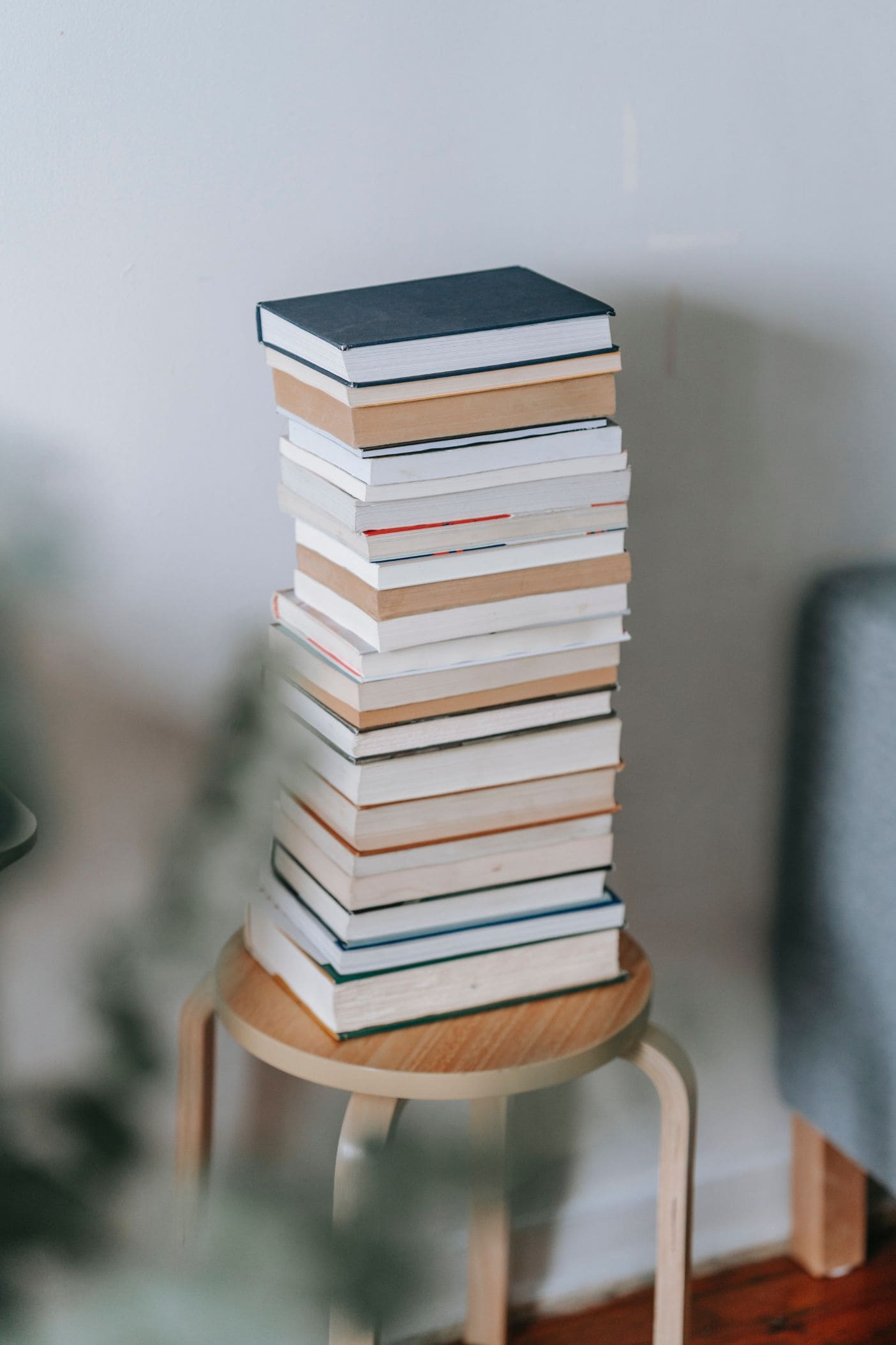 As the world’s most studied language, the English language has a multitude of tests available to test your skills. Though most people in Japan default to the Eiken, there are three other popular English proficiency test options that deserve consideration when coaching students on what exams will help them reach their goals: TOEFL, TOEIC, and IELTS. This article will begin by offering a brief overview of the Eiken test. However, as a result of the Eiken test’s lack of validity among many foreign institutions, it’s important to at least understand the basics of some of the many different test options available.

The Nihon Eigo Kentei Kyokai (commonly referred to as Eiken) proficiency test is the most commonly-known exam in Japan and is the test English teachers and ALTs will most often be asked to assist with.

It’s run by a public-interest foundation and is supported by the Ministry of Education in Japan. The exam has been around for over 50 years and is likely the one you’ll see most advertised in Japanese academic institutions because of that existing foundation. A plus for English learners who would like to see their studies line up with some sort of official standard is that the Eiken exam offers a structure that is congruent with the current Japanese curriculum for learning English. In terms of the exam timeline and payment, it’s also offered more frequently and at around half the price of other English exams in Japan.

There’s a total of seven levels, from Grade 5 to Grade 1, including Grade Pre-2 and Grade Pre-1.

Grades 5 and 4 are aimed towards Japanese junior high schoolers in their first and second years and only require them to pass a listening test, though they’re given the option to take a speaking test as well.

Grade 3 is aimed for graduating junior high schoolers and adds in a required interview-format speaking test. Grade Pre-2, aimed for high school students, ups the difficulty by adding a reading and writing section and is followed by Grade 2, a level aimed towards high school graduates. Grades Pre-1 and 1 are intended for university students and others aiming for a high level of fluency.

Though the test is set up differently depending on the level taken, an interesting quality for a Japanese test (as opposed to, for example, the JLPT)  is that the Eiken’s speaking test is required from Grade 3 and on. The speaking tests for each level vary in content and what’s required, but they follow a similar, strict script in how the student enters the room and engages with the interviewer. All teachers interested in preparing their students for the Eiken should look into the guidelines of their specific grade to help students become used to the exact speech format. There are interactive videos on the Eiken website that can help demonstrate the format. Unlike the other English proficiency tests I’ll be listing, the Eiken is a pass or fail test.

However, it’s worth mentioning that the speaking section is graded kindly, with points given to students who speak any amount of English even if it’s not entirely relevant to the question. Therefore, the focus is mostly on the listening and reading portions of the test.

It’s also important to note that for students aiming to get into a competitive college abroad in an English-speaking country, it’s unlikely to be considered an acceptable alternative to the TOEFL, TOEIC, or IELTS exams. As it’s an exam made in Japan for Japanese nationals, its primary usage is as a benchmark in Japan for businesses and schools that require English. That being said, the highest level of Eiken (Grade 1) uses difficult vocabulary, and the listening section uses some difficult, though short, college-level English material and requires a two-minute-long impromptu speech on difficult topics; meaning it’s still a decent indicator of English fluency. Japanese teachers of English are also required to pass the test at differing grades depending on their school level of choice (i.e. Junior High School versus High School).

Overall, Eiken is cheaper, more well-known, and more widely available compared to the other English proficiency exams in Japan. It’s a great option for students that want to test their English to get certified or test out certain entrance exam requirements in Japan.

The TOEFL (Test of English as a Foreign Language) is an exam created and given by ETS (Educational Testing Service, the same organization that gives the GRE) to test English language proficiency. This is the test often required for English-language schools abroad, particularly in the United States. Many college admissions departments require either this exam or the TOEIC, an English exam also given by the ETS. The TOEFL actually does have different levels to test proficiency as well, titled TOEFL Primary, TOEFL Junior, TOEFL iTP, and TOEFL iBT.

The top level of TOEFL, the TOEFL iBT is the hardest of the available English language exams as it’s meant for more difficult academic English on a college or graduate school level. It requires test takers to listen to five-minute-long college lectures and answer questions relating to them, with some of the English being very difficult. The TOEFL is scored by section, where reading and listening is on a scaled score from 0-30, with 30 being the highest. The speaking and writing are scored between 0-4 and 0-5, respectively.

As opposed to the Eiken, the TOEFL is created and provided by English-language speakers in the United States and is focused on testing academic English ability. In terms of test preparation, the TOEFL will require a significantly larger amount of effort because it isn’t based on the Japanese English-language curriculum.

The TOEIC (Test of English for International Communications) is another exam created by the ETS and is referred to as the “global standard” for assessing business English. It’s more aimed towards adults in the business world, but the nature of the test (answering 200 questions within two hours) makes it  less difficult than the TOEFL. This test is a great option for those who want to show proficiency to get a job of some sort that doesn’t require the academic rigor of the TOEFL.

The TOEIC is scored on a scale from 10-990, with a score over 905 being considered desirable to work comfortably in an international business setting.

What makes the TOEIC so simple is that test takers can actually choose to take just the listening and reading sections or the writing sections separately. The reading passages are more based on business documents, such as invoices, credit memos, and purchase orders, as opposed to the more academic documents and reading excerpts on the TOEFL and higher levels of the Eiken.

Overall, the test is oriented towards business professionals—it’s a bit easier than other options, and it’s a shorter exam than those previously mentioned However, because it’s more specific and people can choose how they take the exam, it’s not as reliable as the others.

The IELTS (International English Language Testing System) is an exam given by the British Council that’s used in Australia, Canada, New Zealand, the United Kingdom, and occasionally, the United States. The IELTS is used to test for universities, workplaces, and immigration into English-speaking countries. It tests speaking, writing, reading, and listening on a scale from 0-9, with 0 being a complete fail and 9 being an “expert user.”

The IELTS is a shorter exam compared to the competing TOEFL, but a bit more expensive. It’s also seen to be slightly easier than TOEFL due to the IELTS having a broader range that focuses on more real-world communication as opposed to TOEFL’s academic focus. It’s not as business-focused as the TOEIC, focusing more on students studying abroad or aspiring emigrants.

In short, the IELTS is the comparative exam to the TOEFL for those considering colleges or more difficult English opportunities in English-speaking countries that are not the United States. For those emigrating or wanting to go to the United Kingdom or Australia in particular, the IELTS is the best, most widely accepted option.

In summary, there are  a large variety of English proficiency tests, all with different strategies, formats, and uses. Though the Japanese default is the Eiken, it’s important to keep in mind the other tests that might better serve students with different long-term goals. So it’s not a bad idea to promote the awareness of these other existing tests. Though knowledge of the subject material is, of course, the most important requisite to passing an exam, knowledge of the format and specific rules will help students feel more comfortable and confident in themselves come test day.

email
Education, From the Magazine, Language