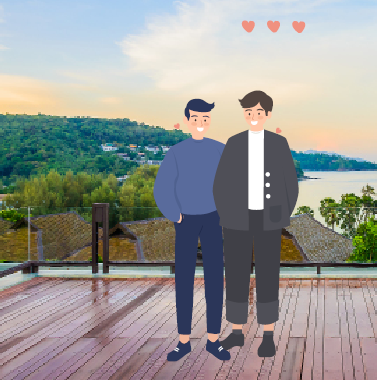 Note: this article contains spoilers for all seasons of Terrace House released at the time of publication.

Terrace House is a reality TV show about six strangers living in a house, but to understand the international popularity of Terrace House, you need to understand what the show is not about. There are no challenges, no eliminations, and no prizes. Instead, people “graduate” from the show on their own terms, usually when they feel they have completed a personal goal. People on the show generally get along and when drama does happen, it’s usually of the someone-ate-my-food-without-asking variety. Stripped of most artificial structures and constraints common on reality TV, the show focuses on new friendships, romance, careers, and personal development. At its core, Terrace House presents itself as a relatable slice of life program in the format of reality TV.

Terrace House appeals to viewers abroad because it provides a window into Japanese culture. I first started watching the show in 2017 as it was easily accessible on Netflix and I wanted to listen to conversational Japanese. I became intrigued because the season that was airing at the time, Aloha State, took place in Hawai’i as opposed to Japan. Although Aloha State gets a bad rap among Terrace House fans, I related to the cast because, like many of the members from that season, I’m a half Japanese person who grew up abroad.

I found it interesting to see members code-switch between Japanese and English. I paid close attention to how members integrated Japanese, American, and local Hawai’ian values to varying degrees into their daily lives. It felt like a social experiment to see these cultural dynamics play out in a group living environment. The current iteration of Terrace House, Tokyo 2019-2020, fortunately, continues to include an increasing number of people who are not Japanese as well as Japanese people who have lived abroad.

As the show, like any reality TV program, portrays an intentionally curated version of the daily lives of real people, Terrace House can give insight to the larger cultural context that the show is situated in. Of course, taken alone, Terrace House is not a definitive guide to Japanese culture and often individual differences hold more weight than broader societal norms. In fact, I believe one of the strengths of Terrace House is that it shows how individual people who have a diverse range of personalities, opinions, and backgrounds can all coexist together. With this in mind, I believe that it’s still a worthwhile pursuit to draw connections between Terrace House and Japanese culture.

Dating is one facet of Japanese culture that I have never experienced first hand. That’s why while watching Terrace House, I like to compare what I know about dating in the U.S. to dating in Japan. Though it isn’t strictly a dating show, the structure of the program promotes dating by casting people who are usually young (in their late teens through 30s), single (though singledom isn’t a requirement), and attractive (so many models and actors). The show’s equation always has three men and three women. This setup is reminiscent of a 合コン (goukon), a blind group date, where there is an equal number of men to women. When members first meet each other, they often ask questions about their goals, relationship status, and ideal romantic partner. Many members say that they hope to find love on the show. All this leads us to the question, what can Terrace House tell us about dating in Japan?

Maintain harmony. A big reason why Terrace House works is that people generally make an effort to get along with each other. This is tied to the Japanese concept of 和 (wa), which means harmony. 和 is used to explain an ideal group dynamic where each person considers how their words and actions impact not only themselves but also the group. That’s a major reason why cast member, Cheri, became a villain during the Aloha State season; she disrupted the 和 of Terrace House by refusing to forgive or apologize to her fellow cast-mates in the wake of conflict. On the show, maintaining harmony becomes complicated as there are several layers of relationships to keep up with, including that between potential love interests, roommates, and friends. In real life, the stakes are probably not as high but preserving a good group dynamic is relevant if you are interested in dating a coworker or someone from your groups of friends. With only six people in the house at once, love triangles often form. The fact that conflicts rarely ever rise beyond awkward conservations is a testament to the strength and importance of the 和.

Read the air. Indirect communication is an important part of Japanese culture, especially when it comes to dating. As the modern Japanese saying 空気を読む (kuuki wo yomu) goes, one should read the air, and if you fail to do so you risk being labeled “KY” or unable to read the air (kuuki wo yomanai). Terrace House has many examples of indirect communication, like the infamous Costco scene in Boys and Girls in the City. When Yuki (aka Tap) tries to ask out Arisa on a date, she rejects him in a roundabout way by suggesting that they turn their plans into a group outing to Costco. Though some find indirect communication annoying, if Tap could understand the unsaid subtext, he would be spared a full-on rejection. Unfortunately, Tap is “KY” so Arisa has to dish out a harsher and more direct rejection.
Confess your love. Want a boyfriend or girlfriend? According to Terrace House, the ideal process of dating generally follows this pattern: go on a few dates, confess your feelings if things go well, wait a few days for the other person to think it over, become a couple if the other person accepts the confession, and then leave Terrace House together. Of course, there is more than one path to coupledom and some people are looking for a more casual arrangement. Still, parts of this template are relevant to dating in Japan outside of Terrace House, particularly the confession or 告白(kokuhaku). After feeling out the situation (kuuki wo yomu) there is an expectation that a direct confession of one’s feelings must happen and an answer must be given before the relationship can move forward. Which is often on Terrace House treated as a very serious step in the relationship. As someone who grew up in North America, confessing but not asking for an immediate answer is an unfamiliar extra step in the dating process. When I really think about it, however, not expecting an answer right away gives the other person time to seriously think about their future without impulsively making a decision.

Age is nothing but a number. I have to admit that the older I get, the more critical I have become of people who actively pursue relationships with others much younger than themselves. In my eyes, two people with a large age gap are often operating at different life stages. Even bleaker, I think that a large age gap can create an unbalanced power dynamic. I held onto this belief while watching the infamous fling that occurred during Boys and Girls in the City between Riko (18) and Hayato (29). I felt uneasy because Hayato convinced her to try to hide their relationship from the cameras when she was okay with it being out in the open. Contrary to my opinion, Riko’s mom, other house members, and the panel did not see an inherent issue with their age gap. In another season, Opening New Doors, filmed in Nagano prefecture, house members Seina and Noah leave the house together to start a relationship. Seina and Noah were another age-gap couple, Noah being just 21 at the time to Seina’s 30. For such a widely-watched, main-stream show, there simply doesn’t seem to be a strong stigma against age gaps. Honestly, this is one cultural difference that is difficult for me to wrap my head around.

How real is Terrace House?

While Terrace House can tell us many things about dating and other aspects of Japanese culture, there are some notable limitations. Terrace House can never be one hundred percent real because the members are placed in an unnatural living situation where they have no say in their roommates. Also because cameras monitor each person’s daily routine, participating in the show necessitates trading privacy for screen time. In return, members indirectly promote their personal brand and projects. Everyone wants to look good for the cameras. Some people even try to hide certain parts of themselves from the screen, like the aforementioned relationship between Hayato and Riko. Other attempts at curation include when Risako, a cast member on Terrace House: Tokyo 2019-2020 tried to hide her smoking habit because she thought it would negatively impact her image as a fitness coach. It’s not just house members that distort the truth, the production team can also alter reality through their off-screen interactions with the cast and through post-production editing.

Considering the filtered nature of the show, can successful relationships start on Terrace House? I think the threshold of success in a relationship is subjective but there are some clues based on the longevity of relationships that start on Terrace House. On the show, lots of people go on dates but only a few couples emerge and even fewer relationships last after the show. Does this mean that love is dead and Terrace House is all fake? Personally, I don’t need Terrace House to be one hundred percent real. As long as the show is still a close approximation of life in Japan with diverse, relatable members, I don’t mind that the show is curated. Each week I will keep watching Terrace House so that I can cheer on members during their journey to find love and beyond all while learning a bit of useful Japanese.

Yoshika Wason is a second-year high school ALT in Aomori. She is also co-president of API AJET, a group for JETs of Asian and Pacific Islander descent. When she’s not watching Terrace House, she likes watching reality shows and listening to true crime podcasts. She writes poetry and nonfiction at www.yoshikawason.com