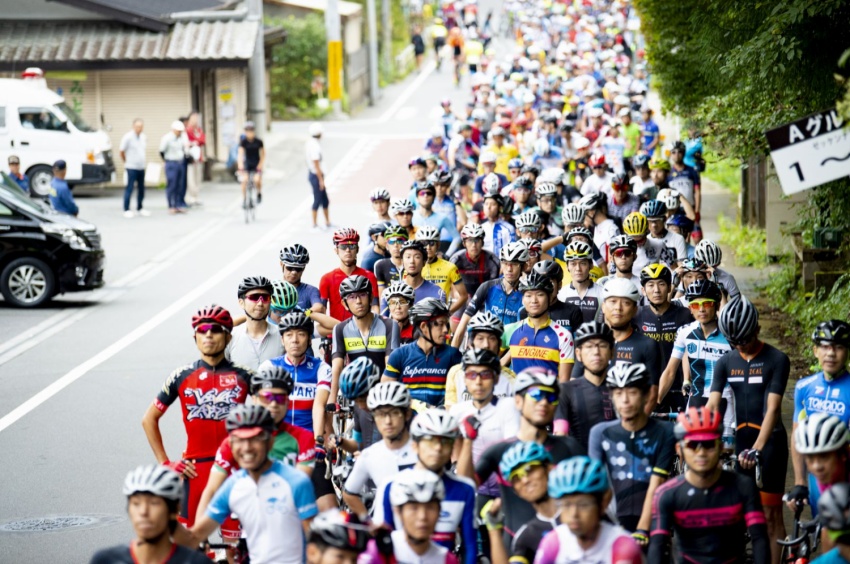 It doesn’t have to be that difficult.

Sports in Japan. Three words that no doubt evoke a myriad of feelings and activities. Many of us immediately think of spectator sports—soccer, sumo, baseball, rugby, etc. Others may think of personal and group fitness endeavors, such as everything from yoga and pilates, to boxing, cycling, and CrossFit.

In my work, we mainly think about swimming, cycling, and running. From registration to pre-race inquiries, athlete guides and post-race follow-up, my team and I work to ensure participants and race directors feel prepared. To do this well, I have to know about sports to best assist people of varying athletic abilities.

Now, they say that the toughest part of the race is the training and preparation beforehand. In Japan, however, sometimes the toughest part is learning about all the races out there, then trying to register for the one that catches your attention. It’s like banking or trying to find an apartment in Japan; what used to be so easy “back home” is often complicated by Byzantine processes.

Things That Make it Hard

Finding a comprehensive race calendar in English is almost impossible. Plenty exist online in Japanese, but those who don’t understand Japanese often rely on word-of-mouth recommendations and friendly suggestions to piece together their race calendar.

Registering and communicating with event staff

Few races offer registration and communication in English. The inability to decipher a trail race course map, read a triathlon athlete guide, or understand the directions of a cycling traffic safety volunteer could quite literally mean the difference between life or death.

Logistics can be difficult

Depending on the race, the start area, nearby lodging, and even the finish line (for point-to-point races) may not be easily accessible, especially by public transportation. For instance, the Gokayama Doshu Trail (deep in rural Toyama Prefecture) has four distances, two athlete check-in locations, two start locations, and just one finish location—45 km from the start.

Wherever your endurance muscles lie, once the “hard part” is over, everything else might seem like a piece of cake. A phrase I like to throw around is “Go for the race, stay for the weekend (or longer).” Practical constraints aside, find time for domestic “destination races,” like the Ishigaki Triathlon or the Niseko Classic. Go as hard or easy as you’d like, but also, make the most of your getaway and explore! Do that peak-Japan experience. Eat that extra snack before dinner. Be spontaneous.

Compared to many races overseas, the deadline to enter races is well before they actually start. For instance, the Miyakojima Strongman Triathlon requires applications by the end of November for a race in mid-April. The Nagoya Women’s Marathon is held in early March, but registration starts and ends in August.

A lot of websites (especially Lawson Do! Sports) can be glitchy, making registration a time-consuming process.

Things That Make Races Worth It

Races often take you to lesser-explored parts of Japan. Were it not for the Oise-san Marathon and Ise Shima Satoumi Triathlon, I would never have traveled to Mie Prefecture, visited the “soul of Japan” at Ise Jingu, or celebrated Marine Day with a refreshing dip in some of Honshu’s clearest waters.

From the volunteers to the race staff, back-of-the-packers to the podium hunters, you feel like you’re all in it together.

Meeting people and interacting with peop

Smile at the start, high five spectators you pass, converse with fellow competitors near the finish line. Connecting with all kinds of people is good for the soul.

Whether it’s the pre-race jitters, heavy lead legs, or crossing the finish line with a personal best, each race comes with a unique set of emotions.

Around Japan, from the northern tip of Hokkaido to the southern edges of Okinawa, there is no lack of races and active fitness events. Since coming to Japan almost three years ago, I’ve participated in and/or worked at countless races. A handful were cancelled, some were memorable, and others were abysmal. Then there are those that consistently come up when you talk about races (because they’re just that good). Here’s a shortlist of notable events that I’ve participated in, worked at, or which are on my bucket list:

Ranked the #1 Olympic distance triathlon and #3 triathlon in Japan by the nation’s leading triathlon magazine, the Ise Tri sells out annually. As popular as it is beautiful, the race starts in the clear, brilliant blue waters at Oyahama Beach and finishes with a run along gorgeous coastal roads.

Held in April each year, the AACR Sakura Group is a 160 km journey through the Japan Alps on two-wheels (the self-powered kind). With just about 1,200 meters of climbing, the ride is challenging for most cyclists. The main draw of this sold-out event are the sakura blossoms and snow-capped mountains that are prominent from start to end. Aid stations provide plenty of food to fuel the riders and it’s an event that truly displays the best of springtime in Nagano.

Officially known as the Fuji Tozan Mountain Race, this is the crown jewel of the Japan Sky Running series. Weather conditions greatly impact the race each year but if you can power your way to the summit in good weather, you’ll have conquered a very technical climb to the peak of Mount Fuji within the strict cut off time of 4.5 hours.

Whether you participate in a race seeking the podium, just want to finish before the cutoff times, or want to complete your first century ride, there’s literally something for everyone. Yes, you may have to search high and low—and you won’t always find exactly what you’re looking for—but your race is out there in Japan.

Even the most experienced trail runners will find Osorakan’s 22 km and 65 km courses a formidable test of endurance. With a total elevation surpassing that of from sea level to the summit of Mount Fuji, the 65 km course requires considerable grit and determination to complete. It’s a great opportunity to toe the line with some of the nation’s hardiest trail runners to see where you stand!

Best known for its half-marathon (shorter distances are also available), the Yokota Striders host about 12,000 runners at Yokota Air Base, an American military facility. It’s a hugely popular race for triathletes eager to kick off their season, running elites keen for competition, and those seeking the unique experience of being on base.

Born in Singapore and raised in Malaysia, Faith Suzuki holds a Japanese passport, a BA from Southern Methodist University, and an M.Ed from Vanderbilt University. She trains regularly year-round for her triathlon pursuits and hopes to one day qualify for Kona. Faith is the Communications Manager at Samurai Sports; she spends her weekdays at a desk and weekends at races.

All Photos Provided by: Faith Suzuki

email
From the Magazine, Lifestyle, SportsMarathonraces