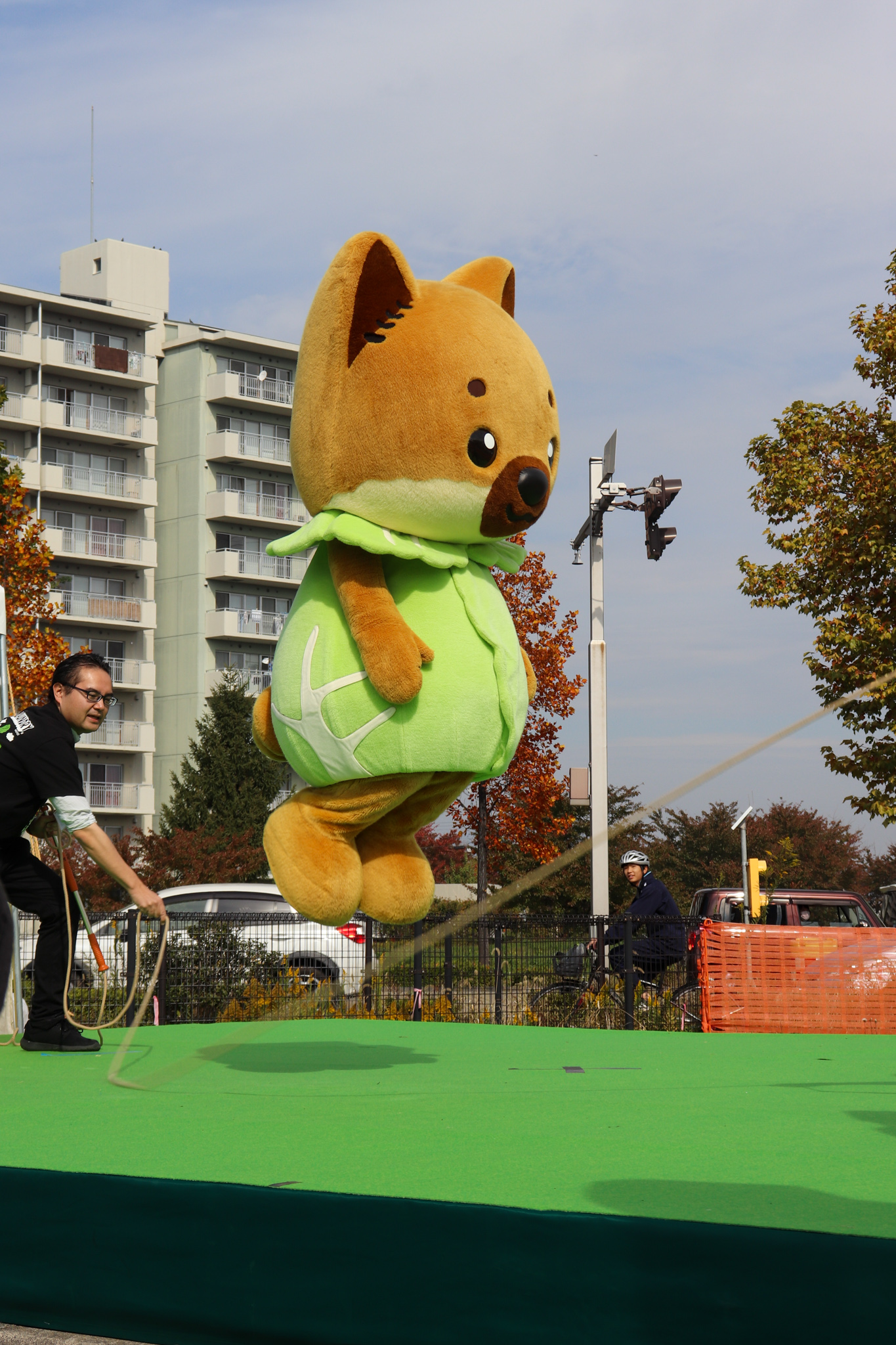 There are a few things that Japan is known for around the world. In recent years, one of those things that has been gaining international attention is Japan’s passionate love for mascot characters. The mascots are known as yuru-chara(kyara), and represent everything from private companies to entire prefectures. The word is a portmanteau of yurui (緩い), meaning “loose” or “gentle,” and the Japanese adaptation for “character.” Yuru-chara was originally coined by mangaka Jun Miura and quickly became the label for Japan’s booming mascot culture. The characters generally carry characteristics of what they’re representing. For example, the yuru-chara for the automotive company Yellow Hat is . . . a cat/tire hybrid creature wearing a yellow hat named Hatonyan. These plush, goofy creatures aren’t just cute though. Many of them are worth millions of yen and serve as international tourism ambassadors for their regions. Famous mascots, such as Kumamon and Funassyi, have expanded their influence beyond regional loyalty and now have fans across Japan and abroad. These fans become truly important once a year, when the yuru-chara gather at the Yuru-Chara Grand Prix to compete for the title of “Most Popular Yuru-Chara in Japan.”

I knew of the Yuru-Chara Grand Prix long before I found out that this year’s competition would be held in nearby Nagano. When I studied abroad in college, I did a research paper on yuru-chara and wrote about the Grand Prix. Ever since then, it’s been on my Japan Bucket List. Now that I live here, I’ve willingly allowed myself to be swept up in the fan culture, and am the proud owner of an absurd amount of Gunma-chan goods. The morning of Nov. 2 found me excitedly driving to Nagano, ready to rub elbows with some of Japan’s most famous ambassadors. As soon as I walked into the venue, I had three strong impressions.

The first was how talented actors within the suits were. It was so easy to forget that there was even a person inside the character, as fluidly and expressively they moved. Somehow, they were able to operate arms, noses, snouts, ears, and even the occasional tail for their audiences. They had clearly established personalities without ever saying a word. In fact, in the Grand Prix, I only found one mascot that could talk: Kyabattsu-san, a singing cat wearing a cabbage dress and hat from Tokyo. In addition to the overall popularity contest of the Grand Prix, there were also events for the “Yuru Olympics.” I only caught one Olympic event, but it was fantastic to witness. Somehow, to my complete disbelief, these mascots were jumping rope—in full costume. If that isn’t an incredible athletic achievement, then I don’t know what is.

My second thought was about the people who came to the Grand Prix. Of course, there were plenty of young kids accompanied by parents, as you would expect would be the main audience for giant mascots, but there were also older retirees, middle-aged people, and some young groups. In some cases, I think the young kids were only there so their parents had an excuse to go. The age range of attendees encompassed pretty much every group. Clearly, yuru-chara appeal to everyone.

My third impression was realizing the true advertising power of these characters. Each character competing had a stall set up. Mascot goods were all over, ranging from the normal items like plushies to the weird and unusual like Sanomaru-kun-themed nail decorations. However, the character merchandise wasn’t the main purpose of the stalls. From them, tourist pamphlets and guides were being handed out left, right, and center. The stalls were decorated with pictures of their yuru-chara standing in front of local landmarks, or eating local foods. The yuru-chara weren’t just competing for the title at the Grand Prix, but also bringing tourists to their area. When I walked out that evening, I was loaded down with pamphlets and samples of local goods that had been pressed into my hands. My most entertaining gift from a stall was a roll of toilet paper with a penguin mascot’s face on it, which I honestly can’t see myself being able to use.

The overall feeling of the Grand Prix was a combination of a pageant, a character meetup in Disneyland, and a tourism convention. I was thrilled to meet my two favorite characters, Shinjyou-kun, (Have you seen John Oliver’s bit about Chii-tan? You need to.) and Sanomaru-kun. What can I say? I love a guy with an upside-down bowl of ramen on his head. I was thrilled to be able to attend the Grand Prix, and it gave me an insight into the world of yuru-chara past the cuteness. I found myself walking away from the weekend falling even deeper into the rabbit hole of yuru-chara fandom, with a smile on my face, a phone full of selfies, and a bag full of merch. I can’t wait to meet up with these goofy, squishy friends again.

Linka Wade is a second-year ALT in Gunma Prefecture from Monterey, California. She is also the Events Section Editor of CONNECT. She lives with her husband and two guinea pigs deep in the inaka. In her free time, she loves traveling, exploring onsen, and not having to plan her wedding anymore. As the weather gets colder, her plans are to evolve into her true form as a kotatsu mushi. You can find her on Instagram as @linkaslens, and on her blog Linka Learns Things.

All photos provided by Linka Wade