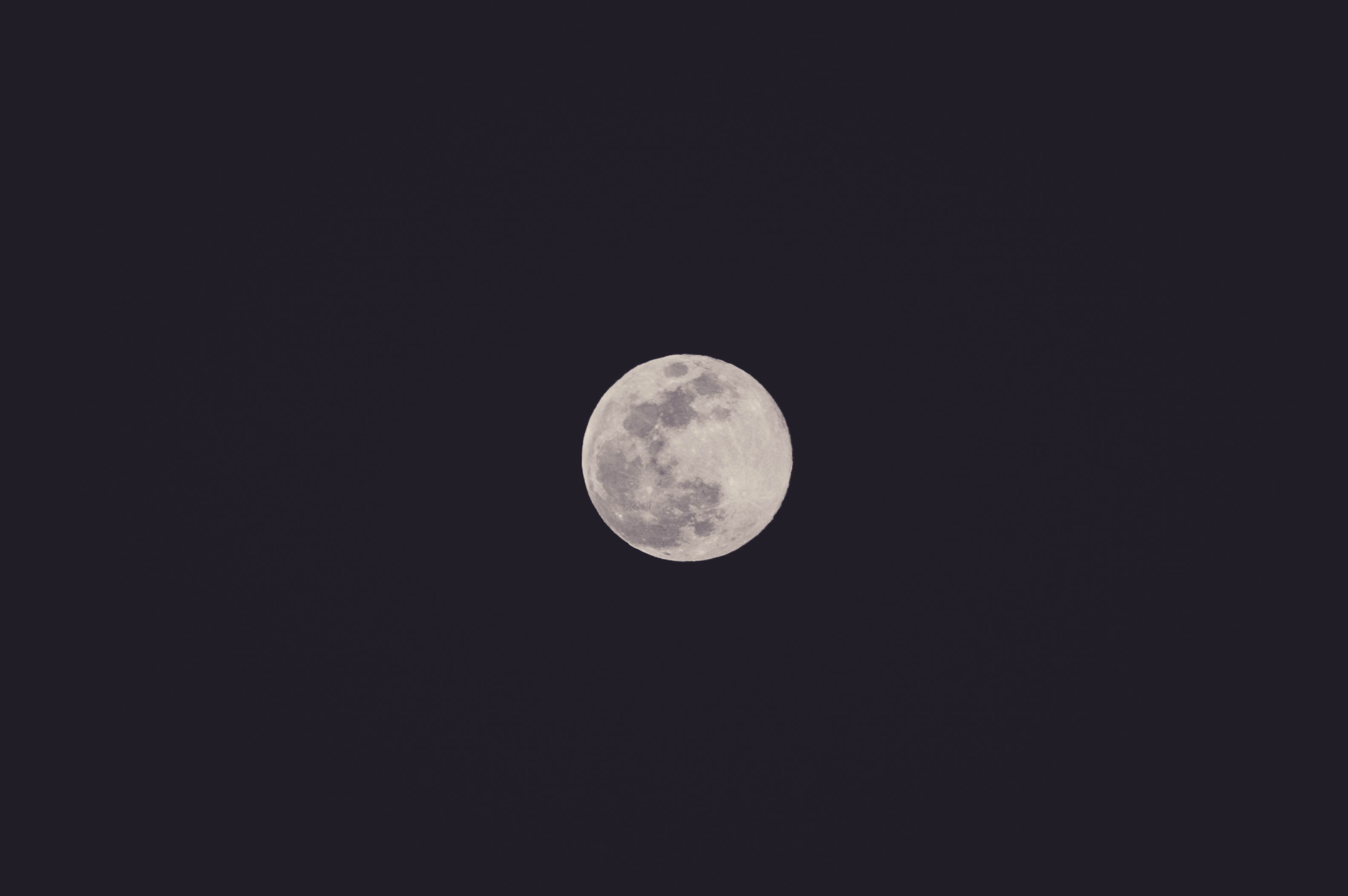 Tsukimi is the tradition of holding “moon viewing parties,” which occur every September throughout Japan. At tsukimi, attendees gather to celebrate and admire the harvest moon—the autumnal equinox’s closest full moon. These celebrations are adorned with decorations of Japanese pampas grass, and guests enjoy traditional foods such as tsukimi dango, chestnuts, taro, and sweet potato.

The tradition came to Japan during the Heian period (794-1185), when aspects of the Chinese Mid-Autumn Festival were introduced to the country. As in China, many of the early Japanese tsukimi patrons were nobility. They would indulge in music and live poetry readings while admiring the moon, often celebrating tsukimi on boats so they could fully appreciate the harvest moon’s reflection on the water’s surface. By the Edo period (1603-1868), tsukimi had proliferated to the general public and doubled as a harvest celebration.

I was fortunate enough to attend a modern day moon viewing party near where I live in Japan—and within my first six months of living here! I, along with a few of my friends, was invited by a Japanese friend of ours who organized the event. We did not simply attend the party, we actively participated by serving matcha to other guests and patrons. We watched amazing live music performances and even wrote haiku for a poetry contest!

Before the party began, my friends and I went to the organizer’s house where we were fitted into yukata by a kimono/yukata expert. I was very thankful for the expert’s assistance. The process of putting on a yukata is quite daunting to me—there are so many steps that are easy to do incorrectly. I had dressed myself in a yukata before with marginal success, but I was not eager to repeat the experience.

With professional hands to help, the yukata fitting took a matter of minutes and was quite effortless. I will admit, I have never felt as beautiful as I did when I looked in the mirror after my yukata fitting. I could not thank the expert enough.

The moon viewing party took place at a small park right in the center of Tsuyama, a city in northern Okayama Prefecture. Within the park, I felt like I was transported to a different place in a different time. The sounds of the city outside were virtually silenced—all I could hear was the murmur of running water, birdsong, and the very faint clamor of a nearby children’s baseball game. The two large ponds that encompass the park reflected the almost cloudless sky, save for the portions covered with lily pads. The small, perfectly landscaped pines that surrounded the ponds were bathed in the golden light of the setting sun. I felt like a figure in a traditional Japanese woodblock painting, like those I had seen in countless museums and textbooks.

The venue itself was a large wooden building with paper screen walls and tatami flooring that faced the pond. It would act as a stage for the performances happening later that night. Patrons could sit on the rows of white folding chairs that surrounded the stage or choose one of the various wooden benches around the building and close to the pond.

When we arrived, there was already a decent collection of people gathered around the benches and seats talking amongst one another. More people trickled in throughout the course of the party and by the time the musical performances began a crowd had swelled around the stage.

As I mentioned prior, my friends and I helped serve matcha to the other party guests. Though I was excited about going to the party, I was downright nervous about serving tea. I am very aware that the act of serving tea is considered a very meaningful experience in Japan, and thus it is a very stylized process. We were not participating in an actual tea ceremony (something I expect would be tenfold more formal than what I experienced at this moon viewing party), however, there were still many steps to serving matcha that we had to learn and follow. My friend Janjay, who served tea several times that night, later said the following:

“It was very intricate and a bit jarring, because I didn’t think so many steps went into serving tea . . . There were things you had to remember, like which angle to serve the dessert and the way you had to hold the serving cloth and pull it out from your yukata—minor details that I never even thought would be needed. I was afraid I was going to mess up a lot. But in the end it was really fun and enjoyable.”

In the end, I ended up only serving matcha twice, while forgetting a good many of the steps along the way! But, like Janjay, I was still grateful for the experience. The patrons and other personnel who worked backstage were all very kind and supportive, even when I and the other foreigners made mistakes.

The musical performances of the evening started not long after the matcha had been served, comprised of a koto, steel guitar, and ocarina respectively. My favorite by far was the koto performance. For those who are unfamiliar with traditional Japanese instruments, a koto is a 13-stringed instrument made from wood. The closest Western equivalent I can think of is an autoharp or Appalachian dulcimer. The sound it makes is hauntingly beautiful: it has the high-noted elegance of a harp, with an underlying deep, otherworldly richness that I cannot fully describe. It began just as the full moon began to rise and somehow seemed to capture the moon’s luminosity and tranquility. The musician who played the koto was likewise stunning—her hair was styled in an elaborate bun and she wore a long, bright red dress.

Earlier in the evening, not long after we stopped serving tea, my friends and the other guests had been invited to participate in a haiku contest. After all the musical performances finished, the winners of the haiku contest were announced. One of the winners was my friend Jaja Navera, who submitted the following haiku:

All in all, the moon viewing party was an unforgettable experience, one that I’d recommend to anyone living in Japan. I am extremely grateful that I was able to attend. Everything about the moon viewing party, from wearing a yukata, to serving tea, to listening to music played on a koto struck home how my life has changed ever since I came to Japan.

In my six months of living here, I had slowly become accustomed to life in a foreign country. Many aspects of my life here in Japan that had astonished or amazed me in my first two months now no longer phase me. But, when I looked at myself in the mirror after my yukata fitting and later when I watched the moon rise over the pond, that awestruck feeling that I had my first day, my first week, and my first month in Japan came back to me.

It is a feeling that I hope will never go away, no matter how long I live here.

Gina Garrett is an Assistant Language Teacher living in northern Okayama Prefecture. She received a Bachelor of Arts at the University of North Carolina Asheville, where she majored in Anthropology. She enjoys exploring other parts of Japan in her free time as well as hiking, crocheting, and watching movies with friends. This is her first year in Japan.