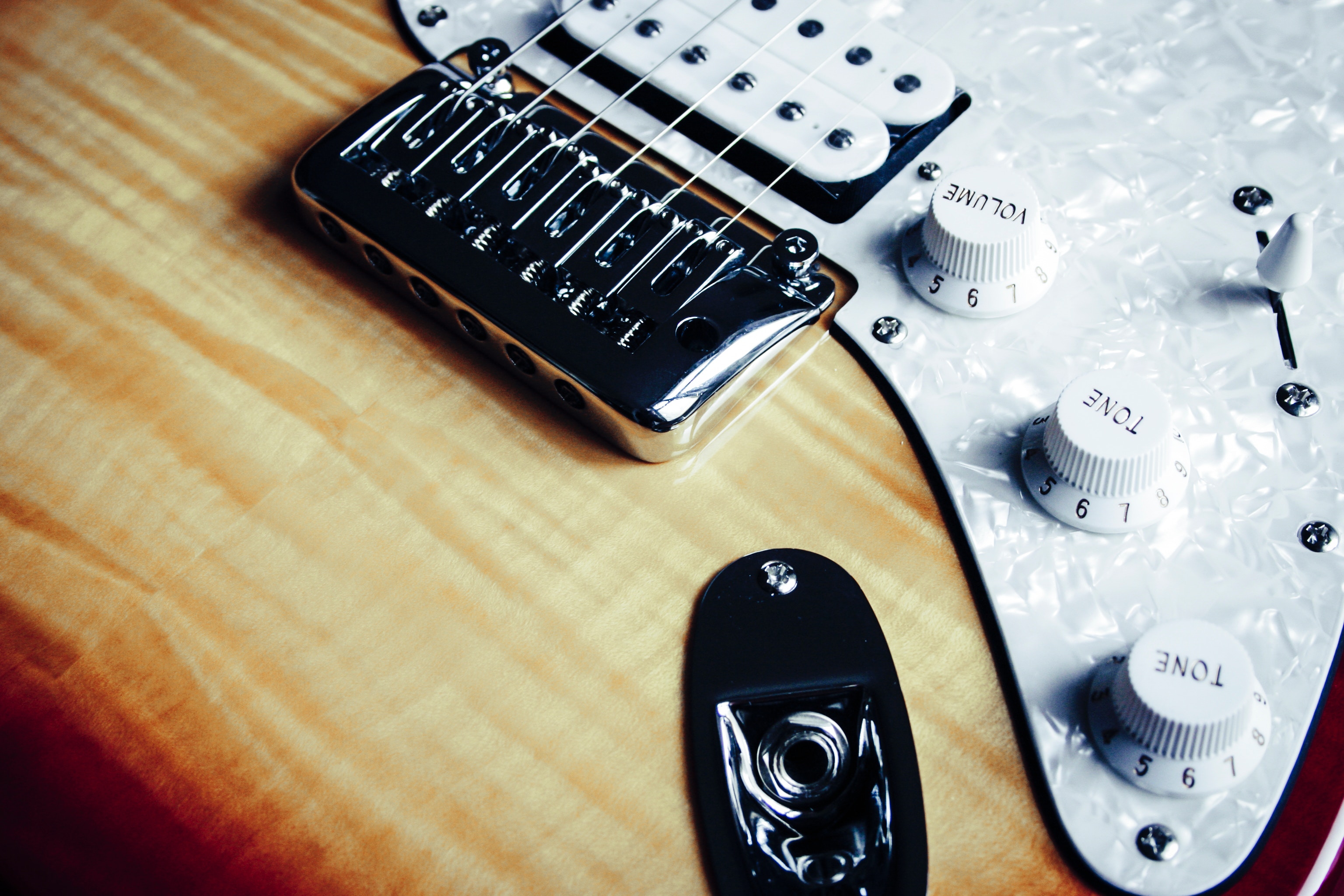 This article originally featured in the December 2018 issue of Connect. Photo by Markus Spiske on Unsplash.

Many of us see going to another country as one of the best times to reimagine the things we love to do. For me, making music is a personal joy I bring with me to new places. It makes me feel at home (even if it means shopping in Nagoya to replace all the instruments I couldn’t bring with me from the States). I was placed in Toki City, a small place in the Tono region of beautiful, mountainous Gifu. Being abroad and surrounded by people of all different backgrounds, I knew I wanted to start making music with people.

Prior to Japan, I pretty much made music on my own (though in high school I did play piano for a punk rock band). I record my instruments through a Focusrite Scarlett 8i6 USB audio interface. From there I rearrange, clean up, and mix the tracks using Ableton Suite 8. I make soft, funny rock pieces for Boxing Day every year but have recently picked up electronic genres like chillhop, lo-fi, and jazz hop.

The music scene in Japan started off slow for me at first, but it would eventually pick up speed. August was more about finding my feet in this mysterious new land, and September was about discovering firsthand what it means to be an ALT. We’re here to teach, and that doesn’t change even when we do find time for our other passions.

Fortunately, Clint felt the same way. We first met during the Gifu mini-orientation at the Keio Plaza Hotel in Shinjuku. I’m an east coast pianist, and he’s a west coast guitarist, so we were excited to work together. He’s a handsome man with an upright bass for a heart. Before long came Hideto, a native Japanese multi-instrumentalist whom we met at the Oiden Matsuri in Nakatsugawa. He loves music so much, he’s already a part of two other bands! On September 8th, we decided to try forming one ourselves- but because we were only a week into classes, we would have to wait until mid-October.

Our first jam session was at Elysian Studio in Tajimi on October 14th. Having a local in the band proves valuable when searching for a place to play. Not only does Hideto already have connections with studios and venues to play at; he can speak fluent Japanese (a skill Clint and I have yet to master). Our jam sessions and practices provide a chance for us to learn each other’s languages. Right now, we’re playing English covers, but perhaps in the future we’ll switch to Japanese!

One of the biggest challenges that comes with trying to form a band is finding the time for it. Weekends seem to be an obvious pick for jam sessions, but even these days can be packed with errands and trips that ALTs/CIRs/SEAs can’t normally make during the week. And if time doesn’t beat us, sometimes our energy does. Some days I just wanna crash at five.

I teach at two elementary schools, a middle school, and a special needs school while Clint works at a prestigious high school. I absolutely love my schools, but playing sixty high-powered rounds of janken with equally high-powered children daily doesn’t make the afternoon hours easy on my eyes.

When looking for venues, Google is everyone’s best friend. A lot of cities have restaurants that host open mic nights occasionally. It’s just a matter of research and trying new places out. Crowds are usually friendly and curious here, and they would be missing out if musicians decided not to perform.

For those who have access to a major city, music stores, studios, and more are everywhere. I got my guitars from a Yamaha Store but my pianos from BIC Camera. If lugging instruments from a store back to an apartment isn’t ideal, it’s a good idea to ask if there is an option for scheduled delivery. I know this was the case for both the Yamaha Store and BIC Camera in Nagoya. If this isn’t an option, taxis or friends with cars are usually the way to go.

But most important of all: go places and try new things! We’re often bombarded at the start of our year with trip after trip, which can be a bit overwhelming at times, but these are the perfect times to bond with people and make new connections. We would have never met Hideto had we not gone to the Oiden Matsuri. And Clint and I desperately sprinting for the Pokemon Center in Nagoya ten minutes before they closed gave us an opportunity to get to know each other better.

Our first show will be at Majolica Bamboo, a popular izakaya in Nakatsugawa, on December 2nd. It’s the same day as the formidable JLPT, so we’ll be needing a big basket of sleep the night before. We don’t yet have a name, so we’re using three all together: Hideto & Logan & Clinton (or HLC for short). We’re endlessly grateful for the opportunities we’ve had so far and can’t wait to do gigs here in Japan!

Logan’s music can be found on Bandcamp, Soundcloud and Youtube. His latest solo release is the chillhop LP Deguchi.