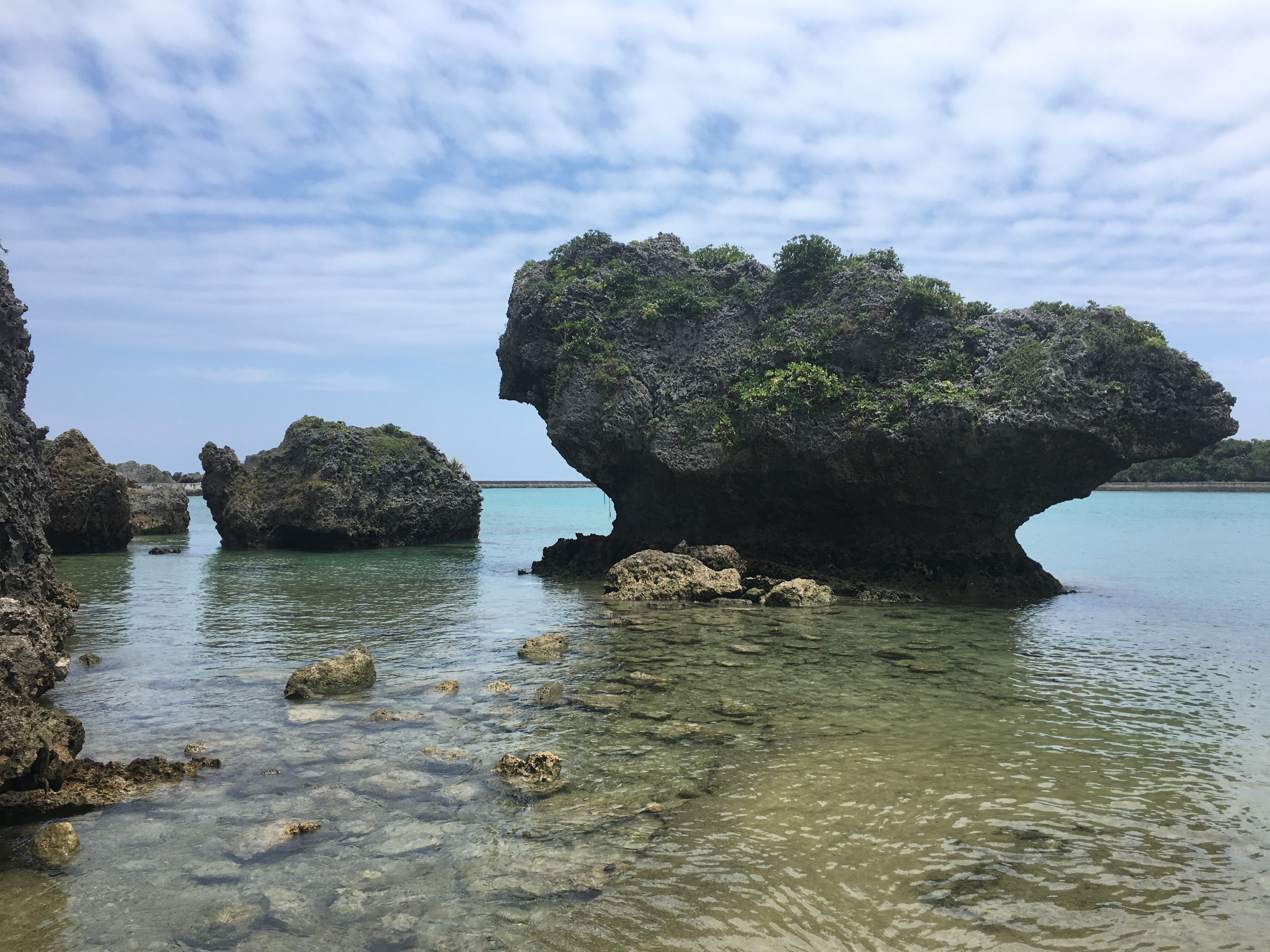 This is a poem I wrote sometime during my second year at the University of Hawaiʻi at Hilo, which I eventually wrote a guitar part for and worked into a song. It’s embarrassing to admit, but of course it is about a girl, with whom nothing worked out. But that isn’t the point; it wasn’t really the point then, and it isn’t the point now. The point is what language it is in. It is related in some way to Japanese, and most would call it such. It is Uchinaaguchi, or Okinawan. The English translation is roughly:

She does (it) in the same way

When (I) see this

Honestly, it’s pretty high on the cheese factor, a bit too “flowery” and awkward, and the Uchinaaguchi lyrics may not be the most correct or natural. Since first writing it I’ve changed the wording and grammar several times as I study more and my understanding of the language grows. The current version, which might still be a bit off, is thus:

Nzoo yunugutu sun (She does [it] in the same way)

But upon first glance it should be pretty obvious that Uchinaaguchi/Okinawan isn’t quite like Japanese. The general consensus in Japan is that Uchinaaguchi is a dialect of Japanese, but some linguists have contested this notion. Instead, they opt to call it a sister language of Japanese, much like Spanish is to Italian. It’s more controversial of a topic than people think (mostly in the academic world), but this isn’t quite the right place to discuss it. I want to focus instead on the current status of Uchinaaguchi, and why I choose to write songs in this language.

For some context, a crash course history lesson (don’t worry, it won’t take long): from 1429 to 1879 Okinawa was an independent kingdom called the Ryukyu Kingdom. In 1879, the Meiji government formally annexed the kingdom as Okinawa Prefecture. For most of Okinawa’s history, Uchinaaguchi was the main language, and when officials came in after annexation they needed interpreters to speak with people in the countryside. A campaign of assimilation from 1879 up until World War II gradually replaced Uchinaaguchi with Japanese. It was so effective that now the majority of people who can speak it fluently are over the age of 75, while those under 50 have little or zero comprehension and those in between have some listening comprehension. When those older speakers eventually pass away, so will Uchinaaguchi, existing only in phrases and traditional art.

Which brings me back to music. So far, I’ve written about 10 songs in the language, some more complete than others, and most of which probably sound like the Uchinaaguchi equivalent of wasei eigo. While I don’t actually know the language, I’ve armed myself with an Okinawan-English dictionary and two textbooks, one in English and the other in Japanese. This situation definitely lends itself to errors, but still allows me to actually write something.

The full version of my first Uchinaaguchi song

But why do I do this? Why Okinawa, of all places?

I get this often. The short answer: it just kind of happened.

The long answer: while studying in Hawaiʻi, a professor of the University of the Ryukyus visited and did a lecture on Okinawan languages (turns out there’s more than one). My only exposure to Okinawa before was through stories about my grandpa during World War II and the controversies of the American military bases, so my interest grew. This led me to meeting Okinawan exchange students and descendants of Okinawan immigrants in Hawaiʻi. Eventually my professor introduced me to a group based on Oʻahu, called Ukwanshin Kabudan, that promotes Okinawan culture through workshops, performances, events, etc (their Facebook page here). I’m still no expert, but through them I learned a lot about a place rarely given a thought beyond beaches and military bases, and their workshops were where I wrote that first poem.

But I didn’t decide to write songs in Uchinaaguchi until, through Ukwanshin, I met Brandon Ing, an Okinawan descendant of Hawaiʻi who writes original songs in the language, among other performance and language focused projects.

One of Brandon Ing’s original songs, from his album “Tiichi”; if you’re interested in hearing more you can check out the album at all the usual music places, iTunes, Amazon, Spotify, etc

I was trying to figure out my place in all of this Okinawa business that I suddenly joined. Music has really been one of the anchors of my life, so I kind of “stole” Brandon’s idea of making original songs, figuring that interest can really be amplified through music. My hope (perhaps in vain since I’m just a dude teaching English in mainland Japan) is that if more songs are written and performed in Uchinaaguchi, it can work as a gateway for people to actually learn it, or at least become curious. For Okinawans, Uchinaaguchi can be something more than just some funny words their grandparents say.

But there is a very fine line with promotion through music, as the language could turn into a commodity, something to exploit or sell. So for myself I see this method of song writing more as a hobby, an added bonus. Besides, Brandon already does a good job of promoting and teaching Uchinaaguchi through music.

Instead, I focus mostly on studying the history and language(s) of Okinawa in the hopes to one day teach them. No matter which way is used, the point is to garner interest for Uchinaaguchi amongst the younger generations. As someone who isn’t Okinawan and just works as an ALT in a different prefecture, there isn’t much I can do for this end. My intention is solely to convince Okinawans of the value of their culture, in the hopes that they make the effort to learn the history and language(s) for themselves. If not, then at least I can say I tried.