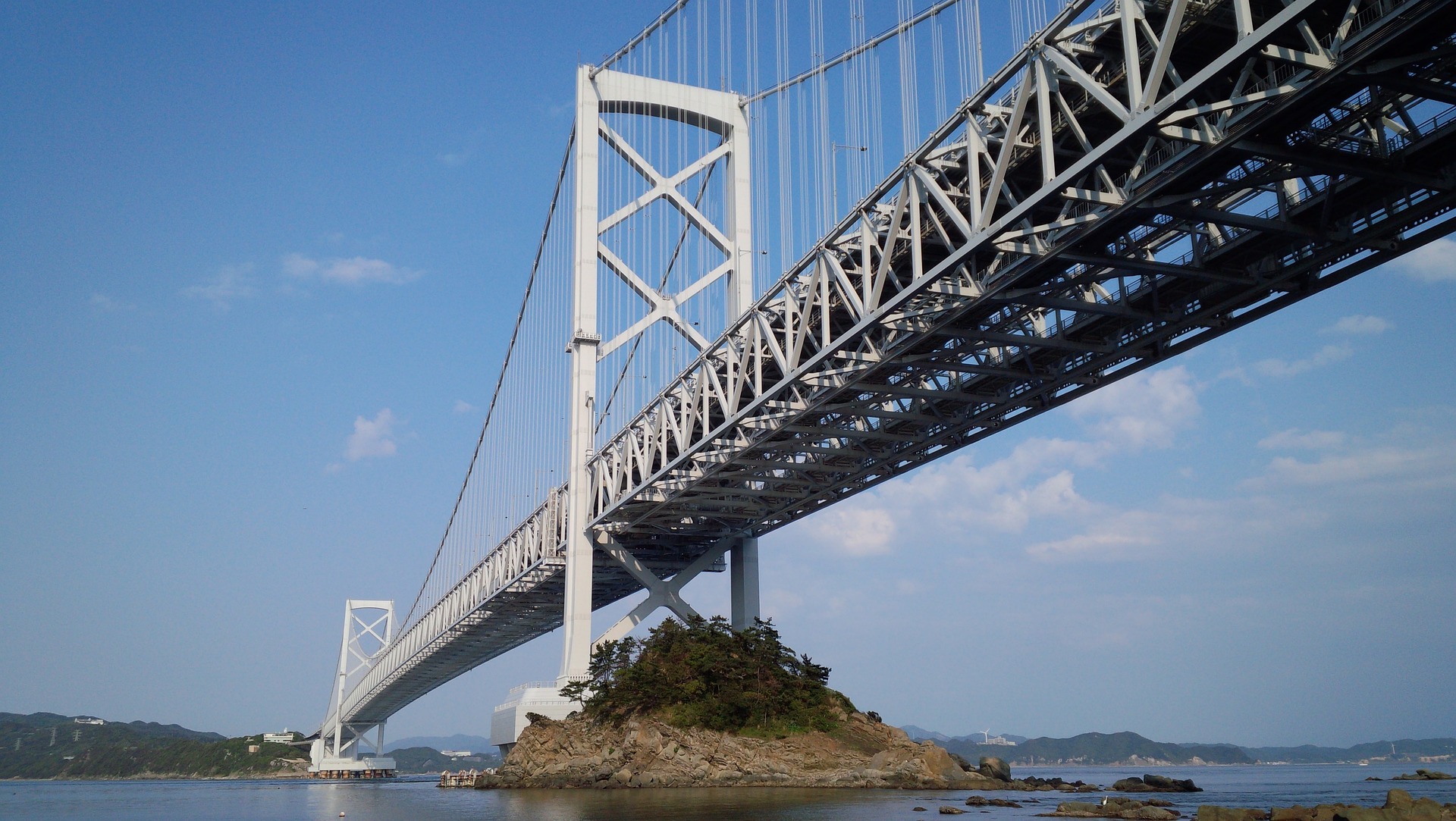 This article originally appeared in the January 2023 issue of CONNECT.
Victoria Clayton (Miyazaki) 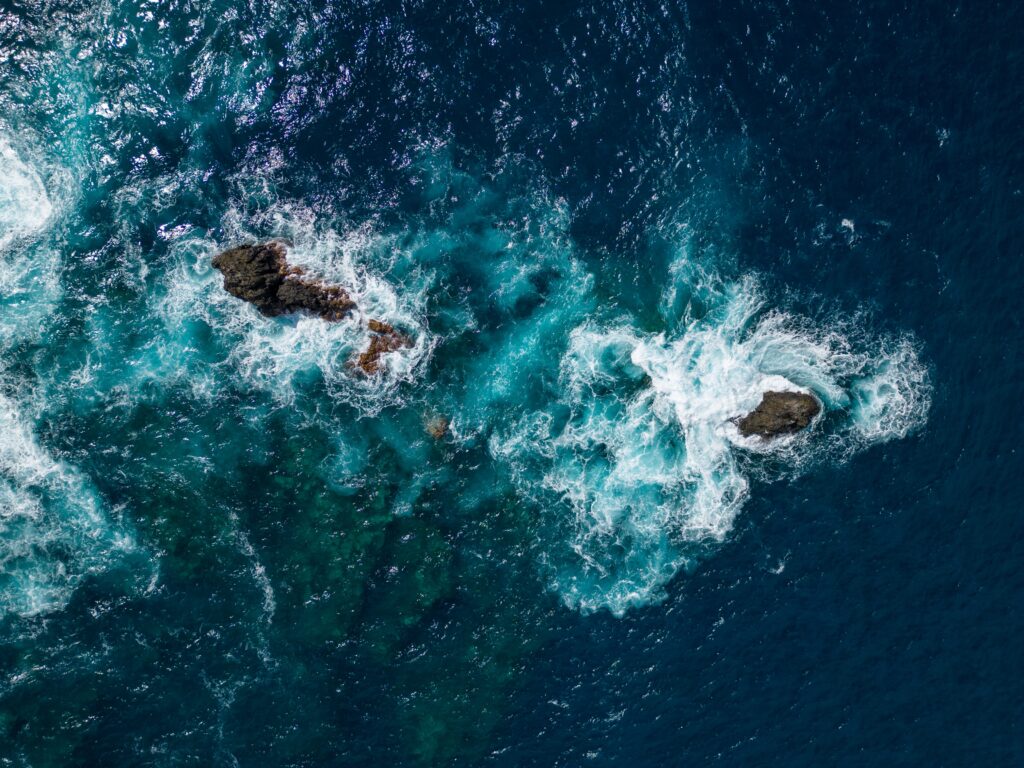 After waiting over an hour I was handed a ticket number for the ferry to Oshima with a long list of rules attached: No eating or drinking on the island. No smoking on the island. The residential areas are strictly off limits. You must follow the guidance of the information centre.

When I decided to visit the Setouchi Art Triennale, an art festival in South Western Japan, I had the impression that it was largely embraced by the residents of the islands that take part. The Setouchi Triennale was started in 2010 and is held every three years over a group of twelve islands in the Seto Inland Sea, a small sea between Honshu and Shikoku.

This area of Japan has a temperate climate, calm seas, and narrow streets that meander up steep hills, reminiscent of the Mediterranean in Europe. The festival is both praised for revitalising the islands and attracting new residents to the area, but it is also criticised for its elitist art that sometimes fails to genuinely reflect the cultural roots of the island’s communities. However, as I had yet to have breakfast, I decided not to concern myself with this and instead quickly went to chug another coffee before the boat set off.

After loading up my reserves of caffeine and nicotine, I boarded the boat. Once I settled inside on the lower deck, I started researching about the island. I discovered the rules were not enforced to appease elderly residents upset by the onslaught of cultural tourists descending on their peaceful island. Rather, this particular island, called Oshima, was in fact a former leper colony and is still an active hospital caring for the former patients of Hansen’s disease as they reach old age.

Upon disembarking the ferry and stepping foot on Oshima, the light and jubilant atmosphere of Takamatsu’s busy departure port shifted to something more ominous. Throughout the vacant town speakers continuously played an inoffensive jingle, as if attempting to drown out the memory of the island’s sinister past. Oshima was one of 13 national Hansen’s disease sanatoriums set up in Japan, at a time when people had more fear than knowledge of the disease. 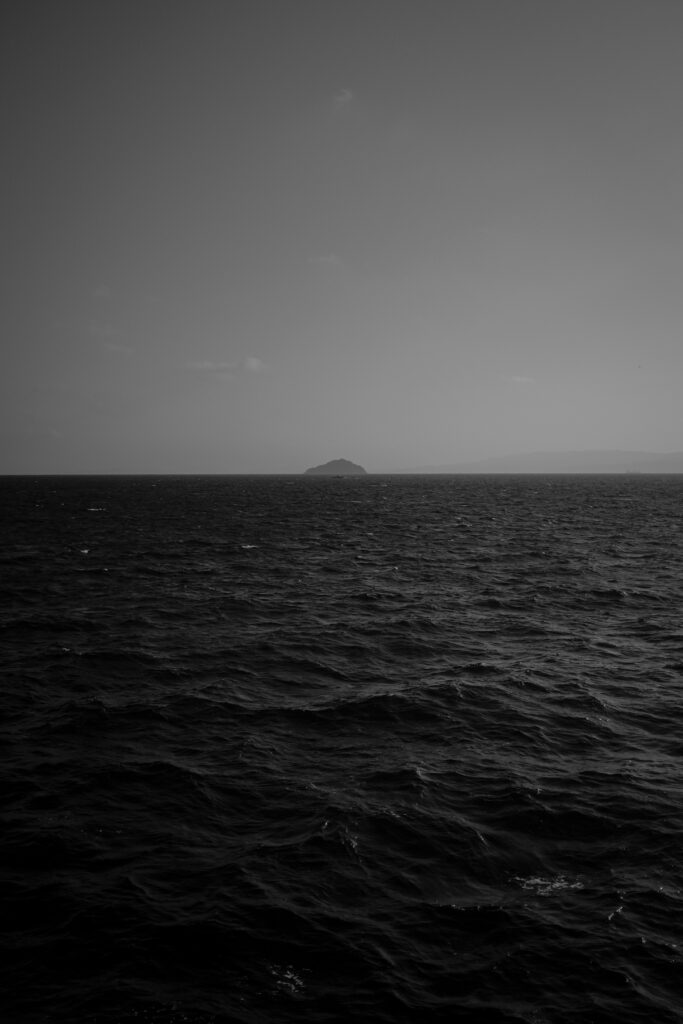 Hansen’s disease, also known as leprosy, is an infection that has plagued humans throughout history. It is thought to be one of the oldest recorded diseases and due to its physical manifestations of deformity, as a result of nerve damage, has long been feared by humans, causing the patient to suffer stigmatisation and ostracization from their community. Although a cure for the disease was found in the 1940’s, the shame and fear around the disease still prevail. Though western countries had eradicated the disease, Japan was still struggling to control it.

This humiliated Japan’s government, and this embarrassment led the government, in 1953, to incite the 46 prefectures of the country to round up anyone with Hansen’s disease. The infected were then isolated and admitted to one of the sanitoriums set up to stop the disease spreading in the wider community. Although touted as a hospital, patients were not permitted to leave and were subjected to abuse. This poor treatment continued until 1995, when Japan finally repealed the law and returned full rights to the residents of these hospitals.

While information regarding this time is now freely available, the Setouchi Art Festival brings the stories of the patients’ lives to a wider audience through both facts and artworks. The artworks and galleries exist simultaneously with the island’s own museum. They tell the story of Japan’s history with the disease alongside the personal stories of patients about the abuse and discrimination they experienced in the hospitals such as forced abortions, hard labour, and isolation.

It’s hard to capture in words the horrors that the patients experienced on Oshima, but one of the works by artist Fuyuki Yamakawa, Straight Songs, attempts to bridge the divide both physically and mentally.

The work is a video of the artist swimming across a small straight from the island to the mainland, the same route that many patients attempted to try and escape the seemingly idyllic, postcard-ready island. However, turning back around to face the sea after viewing the artwork takes away the tranquillity of the landscape. What at first may seem like paradise was in fact a prison. Seeing this work in the context of the island was a weighty reminder: Outer appearances do not accurately reflect the inner landscape.

Another work that perhaps most potently reveals the island’s dark history is an installation by Seizo Tashima, Life of N: 70 years on Oshima—A room with a wooden pot. The multi-room work focuses on one resident’s story, “Mr. N” also known as Mr. Nambu.

Mr. N was taken to Oshima when he was a teenager and although he was cured of the disease quickly, Japan’s strict isolation law prevented him from leaving. The installation is visually loaded in both colour and somewhat aggressive sculptures that chronicle Mr. N’s life on Oshima. Amongst the violent sculptures are small place cards quoting Mr. N on his experiences from marriage, to being locked in rooms, even burying his own child.

Walking through the rooms filled me with a disturbing mix of despair, disgust, and sympathy. On exiting the work, my heavy heart was lifted. Not because I could forget or distance myself from the tragedy, but because the final part of the work leads you to Mr. N’s bountiful vegetable garden which he tends to every day. 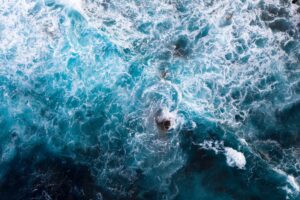 The rest of the exhibits on the island continue juxtaposing deep despair and inextinguishable hope. Walking around you see churches and shrines in eyesight of the hospital’s now disused dissection table, or you’ll read stories of patients’ abhorrent treatment alongside their delicate haiku poetry. The contrasting beauty of the landscape and art combined with the past ugliness of the environment still carried in the memories of the island’s residents, created an uneasy feeling within me. Either that, or it’s because I remembered the last boat back to the mainland is departing soon and after all of that, I needed a cigarette.

As the boat departed, I found myself not willing to look out the window, my holiday spirits dampened by Oshima’s dark history. My original desire to visit two islands that day had diminished, and I instead decided to find a comforting bowl of the region’s famous Sanuki udon. After dinner, I spent the evening tossing and turning, unable to sleep, kept awake thinking about all the people struggling to have their voices heard, especially over the relentless roar of motorbike engines.

Victoria spends her time writing, surfing and exploring all the wonder the world has to offer.