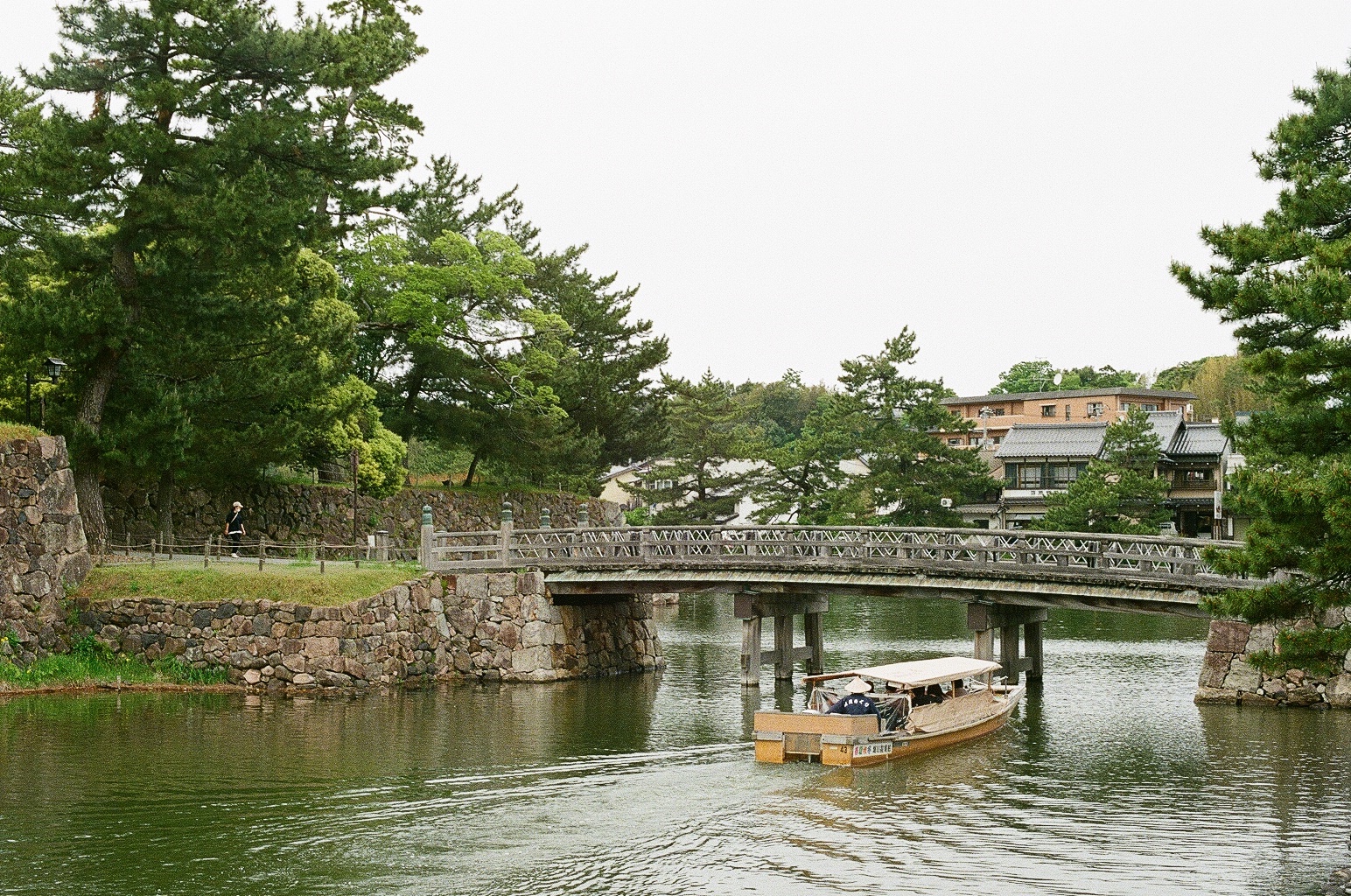 One of the most iconic parts of Japanese culture is the architecturally intricate castles that dot the island country. However, some receive more love than others. Twelve castles in their original forms still proudly stand in Japan, such as the world-famous Himeji Castle. Other castles that look very different from their original designs still attract swaths of tourists, such as Osaka Castle. Today, though, let’s delve into some original and rebuilt castles that deserve more recognition for their history and uniqueness. 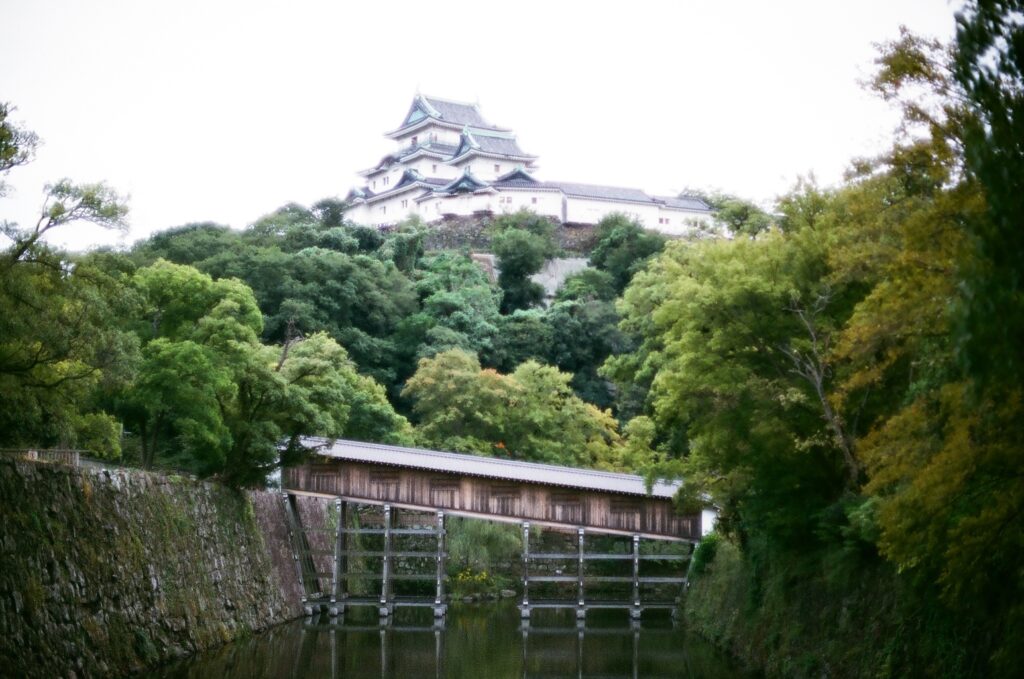 Wakayama Castle was originally built in 1585 under the command of Toyotomi Hideyoshi. In the Edo period, it was run by the famous Tokugawa Clan. The castle has been built, destroyed, and rebuilt many times. However, Wakayama Castle possesses one of the most unique architectural elements ever seen in Japan in the form of the 27 meter-long Ohashiroka Bridge. This wooden bridge was built to create privacy for the feudal lord, his retainers, and ladies-in-waiting as they crossed the river. Completely enclosed, everyday onlookers and commoners from below would not know who was coming to and from the castle. An even more distinctive aspect of the bridge is its 11-degree angle, as slanted bridges are rarely seen in Japan. (1) Viewed from the street, the bridge perfectly frames the castle in the background to create a one-in-a-million shot. 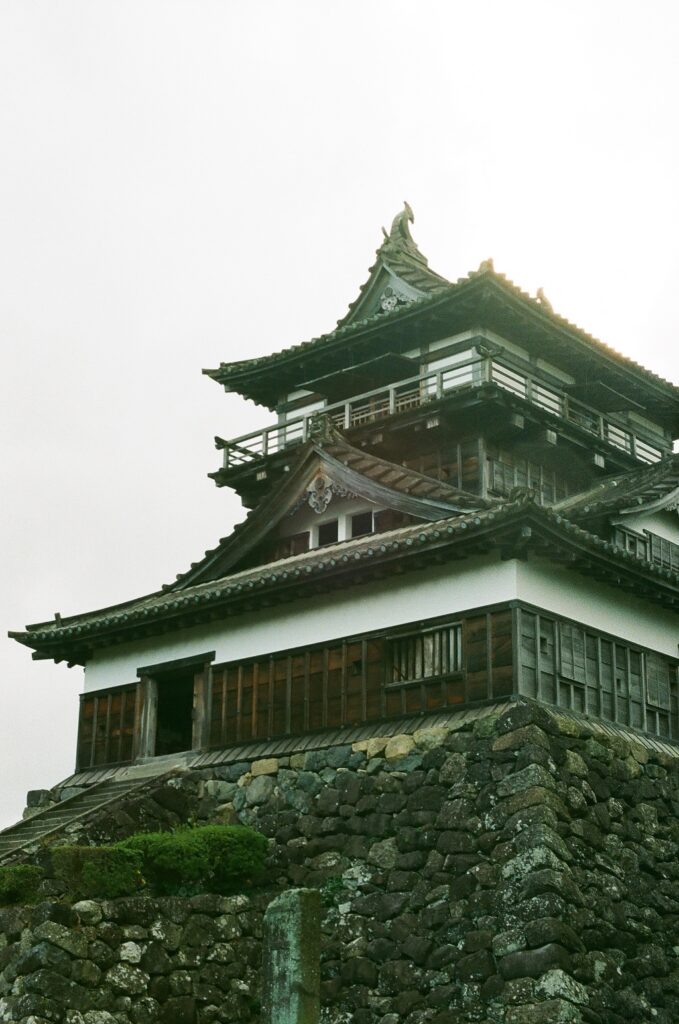 Maruoka Castle is one of the lesser-known 12 original castles, and the only one in the Hokuriku region. First built in 1576, Maruoka Castle claims to have the oldest remaining keep in Japan (though Inuyama Castle and Matsumoto Castle also claim this). Additionally, a grim urban legend is also intertwined with Maruoka Castle’s history. Legend has it  that the construction of the castle involved hitobashira (人柱, literally “human pillar”), a form of human sacrifice practiced in Japan during the construction of large scale building projects like dams, bridges, and castles. A person would be buried alive as a prayer to the Shinto gods, as it was believed the human offering would protect the building from natural or manmade disasters.

When Maruoka Castle was first being constructed, the stone wall would be built and then crumble, built and crumble, built and crumble . . . Then one day, a local woman named Oshizu volunteered to be a hitobashira, but only if the lord promised to make her son a samurai after her death. Oshizu was buried alive under the castle wall, and by coincidence or the gods, the castle never crumbled again. However, Oshizu’s son was ultimately not made a samurai, and it’s said that the spirit of Oshizu haunts the castle in anger. (2) Maruoka Castle can often be surrounded by fog due to its placement, which adds to the spookiness of the legend. 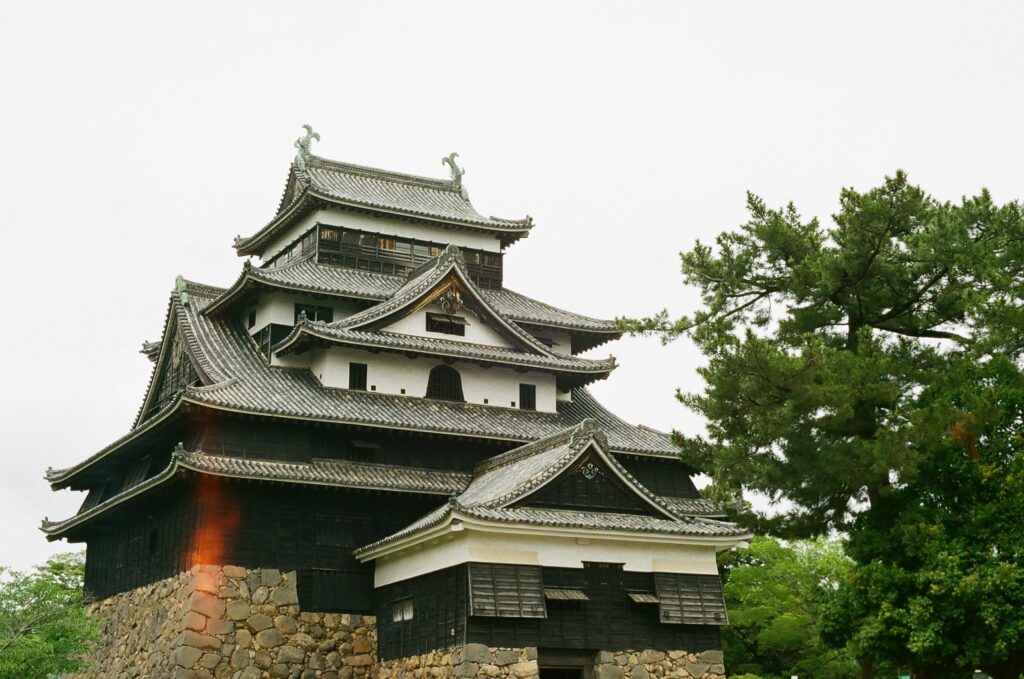 Quietly nestled within a quaint and lush park in the Chugoku region, Matsue Castle is another one of the less-visited 12 original castles. Built in 1611 by Horio Yoshiharu, the castle is unique in color as one of the few black castles of Japan. The castle is surrounded by forests, shrines, and temples. Samurai and ninja reenactors are usually patrolling around onsite. At certain times, sword and archery performances take place in the adjacent area as well. The castle and park are also encapsulated by a moat, providing boat rides and scenic views of the park on one side, and the historical streets and buildings on the other. To complete the visit, a sweeping view of the city and Lake Shinji (one of the largest lakes in Japan) can be enjoyed from the top of Matsue Castle. 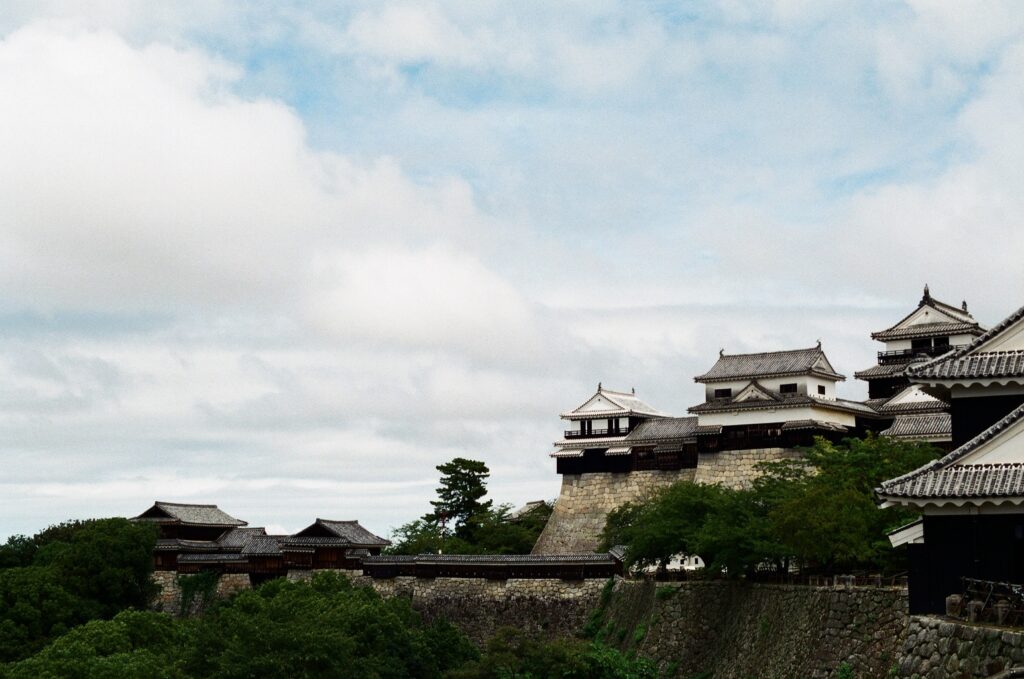 Matsuyama Castle was erected in the Momoyama period, and is yet another one of Japan’s few original surviving castles. The magnificence of the castle is not only established by its buildings, but also by its wonderful, panoramic views of the city, sea, and mountains. Matsuyama Castle sits atop a steep hill within the heart of Matsuyama City. Accessible by a scenic chair lift or ropeway ride (alongside a hiking option), on the top of the mountain (and specifically from the top of the castle) visitors can see all the way to the Seto Inland Sea. Even the layout of the castle structures itself is pleasing to the eye, and with a camera at certain angles, you can take a superb shot. Matsuyama is famous for many different things, and they can all be captured in the view from the castle itself.

You might be tempted to believe you’ve seen them all once you’ve seen one Japanese castle. However, with a little dedication and inspection, the unique and unusual aspects of even the lesser-known castles can shine through, revealing fascinating, underrated stories.

Sophie McCarthy was a JET for four years (2018-2022) in Kobe, Hyogo, and now lives in Tokyo. In her free time, she enjoys reading classic Japanese literature, visiting coffee shops, and practicing film photography. Check out her photos on Instagram: @filmbysophie