As mindfulness and minimalism have become trendy, Zen has grown exponentially popular in the West. Many associate it with Japan and the beautiful dry Zen-inspired gardens of Kyoto, but Zen’s roots actually go back to ancient India with zazen. Preceding even Buddhism itself, the practice of seated meditation, zazen in Japanese, would bring the mind and body together as one through the simple act of sitting and breathing. As a Zen monk explained to me when I first tried it out, zazen asks its practitioners to simply let thoughts come and go without concentrating on any of them.

Gautama Buddha—the historical Buddha on whose teachings the original Buddhist religion was founded—adopted zazen as a way to share his teachings of reaching enlightenment through means other than speech or writing. Bodhidharma, the Buddhist monk famous for spending nine years doing zazen while facing a cave wall (and the model behind the daruma dolls many Japanese people make wishes to), would later spread his form of Buddhism throughout China. That Buddhism would eventually reach Japan and be called Zen Buddhism, with zazen being a part of it. There are three major schools of Zen Buddhism now, one of which is the especially zazen-centric Soto Zen.

​It might come as a surprise that the center of Zen in Japan today is not in Kyoto, but in Fukui Prefecture, hidden deep in the mountains. Eiheiji Temple in northern Fukui, established in the 13th century, is one of two main temples of Soto Zen and the largest Zen training site in all of Japan. To understand how this peaceful corner of the Japanese countryside became so important to Zen Buddhism, let me take you on a journey back in time to the beginning of this fascinating part of Japanese history.

A Centuries-Old Tradition Comes to Life

It all began in the year 1200 with the birth of Dogen, the son of a prominent Kyoto family. A gifted child and an avid learner, Dogen experienced the tragic loss of both his parents at an early age. It awakened him to the impermanent nature of all things, one of the essential doctrines of Buddhism. It is said that this shock was the catalyst leading Dogen to enter the Buddhist priesthood at a young age at Mount Hiei.

Throughout his training, however, Dogen became dissatisfied with the mainstream Buddhist thinking and methods he learned, and no one in Japan could cure him of his dissatisfaction. One priest advised him to go to China and seek different answers there, advice he accepted. However, before departing for China, Dogen first traveled to Kenninji Temple in Kyoto, a major Rinzai Zen temple, where he deepened his understanding of Zen. 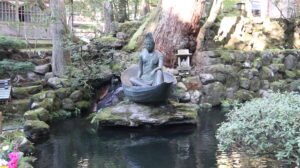 In China, Dogen found a Buddhist master named Rujing. This master employed heavy use of zazen, and in a speech one day about zazen’s importance in casting mind and body off from passionate and debilitating emotions to achieve tranquility, Dogen felt enlightenment. Rujing would task an enlightened Dogen to bring zazen-centric Zen Buddhism to Japan, Soto Zen. Before Dogen departed for Japan, Rujing warned him to stay away from established powers and live deep in the mountains.

Back at Kenninji Temple in Kyoto, Dogen began his missionary work for Soto Zen and published Fukan Zazengi (Universal Recommendation for Zazen in English), an essay and manual on the significance of zazen and how to practice it. The writing provoked a variety of reactions throughout the Japanese Buddhist world, including hostile ones, as Dogen’s teachings—that the most important thing in Buddhist training is to practice zazen—differed wildly from mainstream beliefs at the time. After being accused of heresy by the Buddhist establishment and having his dwelling in Kyoto vandalized, he left the capital on self-imposed exile. 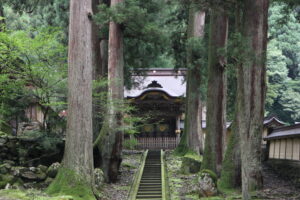 While in exile, Dogen started working on what would become his lifelong project, the Shobogenzo. In the Shobogenzo, he declared zazen to be the true Buddhist teaching, and that training through practicing zazen is in itself enlightenment, and not just a means to enlightenment. The publication of the first volume brought Dogen fame, and as an increasing number of followers gathered around him seeking his teachings, the need for Dogen to establish a place of training, a Soto Zen dojo, also grew.

Dogen first established Koshoji Temple in Uji to continue his teachings. Uji was near Kyoto, and Dogen continued to be harassed by the Buddhist establishment there. On the advice of one of his supporters, he later decided to move even further away to Echizen (present-day Fukui Prefecture), away from the established powers.

The group made it to Kippoji Temple, nestled deep in the mountains of what is now Eiheiji Town in Echizen, to begin a more recluse existence. Before long though, new disciples arrived, seeking training. In 1246, Kippoji Temple was officially renamed Eiheiji Temple and became the head temple of Soto Zen for the country.

The climate of this region was (and still is!) quite harsh; in the cold days of winter, heavy snow made travel impossible, making life at Eiheiji anything but easy. Dogen, however, wasn’t after getting the most followers. He was happy to share his rigorous Zen with just serious followers, even if they were few. For this reason, the location of Eiheiji, away from the hustle and bustle of the city, was ideal. He loved his secluded environment and the surrounding unspoiled nature so much so that he wrote several poems about Eiheiji rustic’s splendor throughout his life. 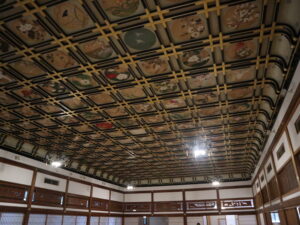 A Centuries-Old Tradition Lives On Today

A trip to Eiheiji Temple is a powerful experience. From the moment you enter the massive front gate, the size of the complex all makes an impression. Going through the 70 or so buildings visitors are allowed to freely roam around—some 120 quiet monks swiftly rushing by guests to get to their next assignment, meal, or zazen session—it’s almost like you’ve stepped into a whole different world, where different rules and customs apply.

What I like most about the place is how it’s made very clear there that the temple was not built, and has not existed for over 700 years, to please tourists. It is still a place of worship and strict religious practice that they happen to generously allow us to get a glimpse of. All the monks there undergo training (zazen included) according to the strict several centuries-old doctrine of the Soto Zen master. 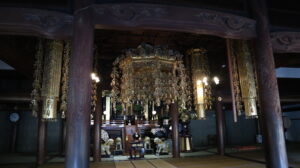 I also love how it’s very easy for people with no prior knowledge on either Zen or Buddhism to more broadly get an idea of how things work around the temple, thanks to almost everything being translated into clear English for Zen newcomers. With all the little details and vestiges of the monks’ daily routine hidden around the picturesque site, there is also something deeper for Zen aficionados too.

I once had the privilege to take part in the morning service among the Eiheiji monks, at the crack of dawn as the sun slowly arose behind us over the mountain forest. Their precise, yet elegant, movements looked like some sort of beautiful dance to me. Add the religious chants, recited in a deep, almost trance-like fashion, and the whole experience was tremendously moving. You really don’t have to understand the actual words the monks are uttering (I know I didn’t!) to get a feeling of the sanctity unfolding before your eyes. It was truly a once-in-a-lifetime experience.

You can find out more about Eiheiji Temple here Visitors who spend the night at the nearby Hakujukan Inn can also take part in the morning service at Eiheiji among the monks (find out more here).

All across Fukui Prefecture, too, visitors can try zazen for themselves under the guidance of Zen priests, or simply take in the centuries-old spiritual traditions that have been cherished and transmitted from generation to generation around these parts. Dogen’s teachings are still deeply relatable in this day and age.

Pierre-Hubert is a third year JET from Canada in Fukui Prefecture. His favorite activities include hanging out by the sea, discovering new soba places, comparing local sake, and trying his hand at various traditional crafts. Follow him through #ExperienceFukui on Facebook, Instagram, and YouTube for travel ideas, local tips, and everything else there is to know about Fukui.