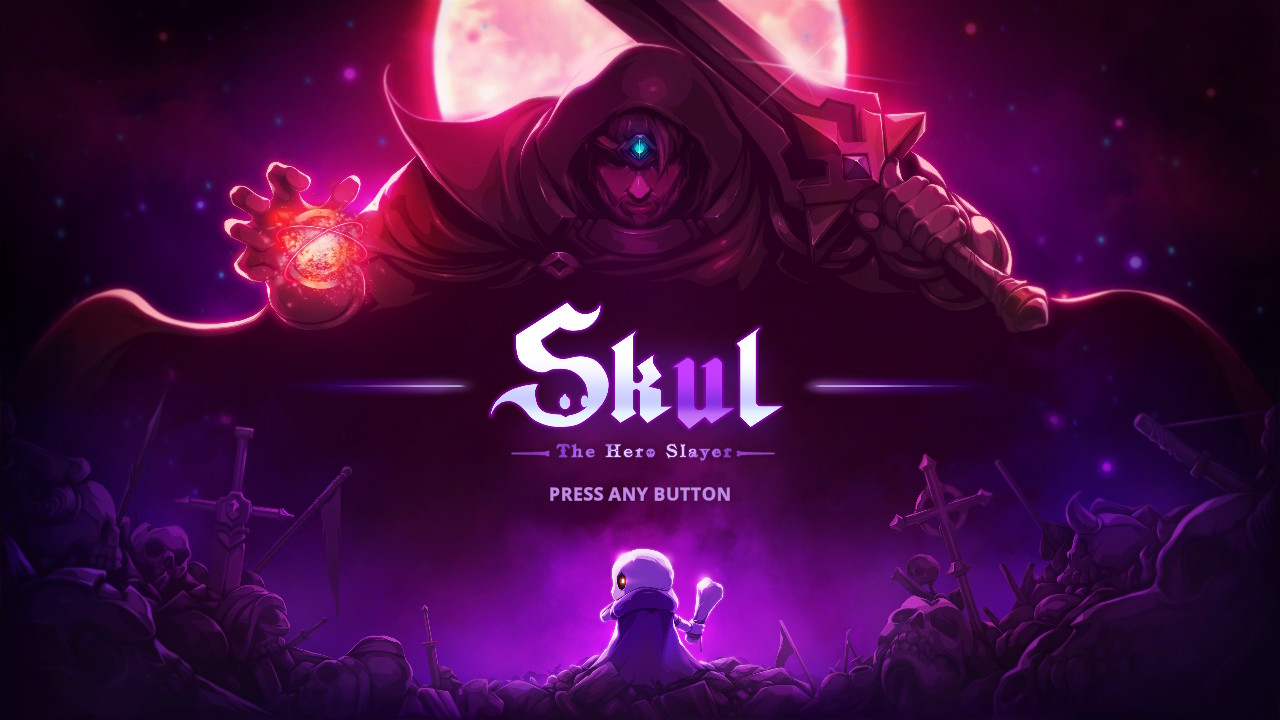 With the Demon King in chains, the First Hero arrives victoriously to the kingdom, unaware that a tiny, adorable, multi-faced revenge would soon cut a swathe through the ranks of his allies over and over again—not to defeat him, per se, but because of the amount of entertainment each attempt would bring.

I am in my 200th+ run through of Skul: The Hero Slayer, a rogue-lite from Korean developer Southpaw Games, and I still have that strong “just one more quick game” feeling well into 2 a.m.

What keeps me going on my quest in this fast-paced 2D pixelated platformer is the hilarious and interesting main mechanic of being able to swap out the main character’s skull.

By changing skulls, Skul (the skeleton of a child, no less) can transform into one of the fallen allies of the demon king and use their powers on his quest for revenge. There are over 30 skulls to choose from, including mummies, minotaurs, dark knights, and even the Grim Reaper itself. There’s also numerous skulls that reference pop culture including 80s arcade and film classics, as well as my personal favourite: a certain fiery motorcycle-riding speed demon with a thing for chains.

You can wear two skulls at a time, which makes for fun gameplay, as each skull has two random abilities out of a pool of four. This means that every combination is unique and can be experimented with in dozens of scenarios. You can call down a devastating meteor as the warlock and then swap to the ninja skull to dodge attacks until the meteor skill is recharged.

Naturally, some of these skulls aren’t as strong as others. Why wouldn’t you choose the (checks notes) skull of the ghoul that lets you eat enemies and grow in size and damage output as opposed to (checks footnotes) . . . the archer . . . who shoots arrows . . . like, normal arrows (insert Hawkeye joke here)?

Skulls are randomly generated as a reward for clearing a stage which means that you might get something amazing, but if (probably) not, you are still able to use the rewards to upgrade the more common skulls to become endgame forces of nature. When I finally felt like upgrading the archer skull to the max, I found myself asking “Why didn’t I try this sooner?” and immediately had a few build ideas. This is something that will happen a lot during the game and that’ll inspire you to try different skulls.

But it gets better! There is a huge variety of random items to encounter with more that can be unlocked during the game. Like the skulls, some are basic and bump up your stats, while others will cause you to explode, dealing damage equal to the physical damage you’ve dealt since your last explosion.

On top of THAT! Each item comes with two “blessings.” Like skulls, these blessings range from ones which provide simple buffs, to  another that periodically summons the King of the Faeries to destroy your opponents. Blessings stack so the more you find of one, the better your blessings get . . . BUT, it might mean having to change out your items. Plan your build accordingly or go nuts and find new things with the same skulls over multiple runs.

The game is not easy and while the randomized levels are fun, you’ll quickly notice a lot of repetition after dozens of hours of failure. However, the head-swapping mechanic and combined item builds are so engaging, it makes the grind painless and keeps you coming back for just ONE more game . . . because what if a clown skull build that shoots lightning, poison, and fire gets you there this time? And even if it doesn’t, it’ll be a good time finding out.