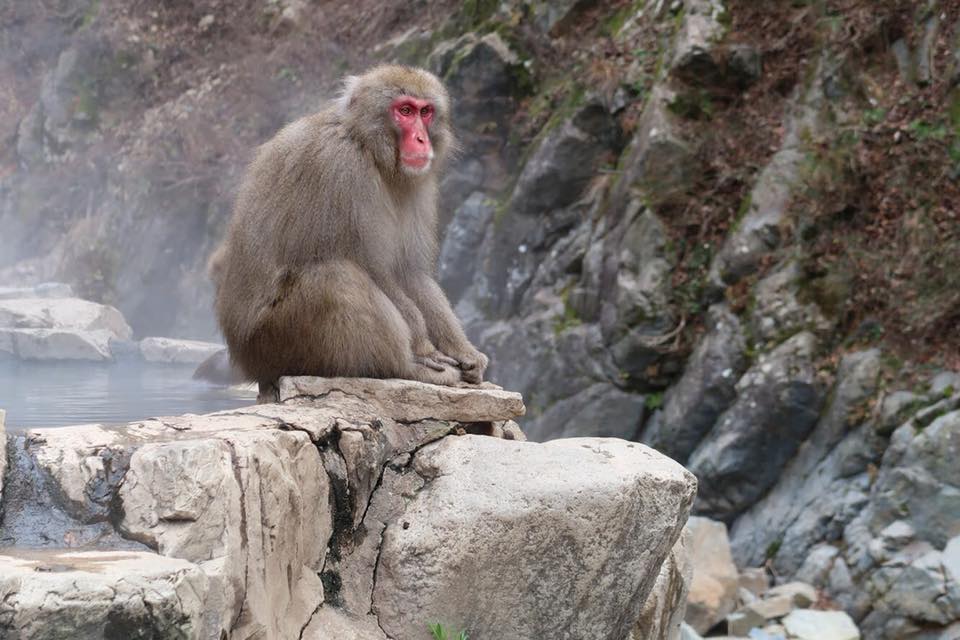 This article originally featured in the January 2022 issue of Connect

You can see the mist in the air and tourists walking around in bathrobes. You can smell the minerals of the bath everywhere. You’re definitely in an onsen town!

Natural hot springs, or onsen, are so loved in Japan that even snow monkeys enjoy them. In the winter, the monkeys at Nagano’s Jigokudani Monkey Park take a soak in the onsen just like humans do. While it’s not recommended that you get in with the monkeys, as an avid onsen lover myself, I can’t say I wasn’t tempted.

Japan has over 27,000 naturally occurring hot springs due to its location on the Pacific Ring of Fire, so it’s only natural that the history of onsen goes back thousands of years. (1) While the exact origin of bathing in onsen in Japan is unclear, the hot spring baths of Ehime’s Dogo Onsen, Wakayama’s Shirahama Onsen, and Hyogo’s Arima Onsen are all referenced in the Nihon Shoki, which dates back to the 1st century. (2)

My personal history with onsen, however, is much more recent. During my first year on the JET Program in 2018, National AJET organized a trip to Shibu Onsen in Yudanaka, Nagano. A trip to Jigokudani Monkey Park was also included. Onsen, monkeys, and the opportunity to meet other JETs? I signed up right away.

To be honest, it was strange getting naked in front of other women I barely knew, and even weirder with my friends. Stripping down was a bit awkward, but the embarrassment I felt quickly evaporated once I experienced the wonderful sensation of soaking in the onsen. Despite my first onsen being indoors and super crowded with other female JETs, I found that bathing in an onsen is not only physically relaxing but can also be incredibly social. It is definitely a great way to get to know someone! I quickly learned that nakedness is natural, and it does not always have to be sexual.

Since that time, I have been to several different onsen towns all around Japan. The best onsen I have ever visited was a traditional outdoor bath at Shibu Onsen in Nagano prefecture. Shibu Onsen has nine public baths, so you can walk around the village in your [[i]]yukata[[i]] and go “onsen hopping.” Nagano is known for its beautiful landscape, and with Shibu Onsen being nestled in a valley surrounded by mountains, it is perfect for a relaxing getaway to soothe the soul.

Each of the nine public baths at Shibu Onsen is said to have unique properties that heal various ailments. There is a bath that is said to promote healthy delivery of a baby, while another is said to provide perpetual youth and longevity, and yet another will allegedly rid you of acne and give you glowing skin. (3)

The onsen of Shibu Onsen are not alone in their claim to heal ailments and improve health. Onsen have long been thought to have mythical and purifying abilities. (2) The practice of using an onsen to heal one’s body and mind is called “toji” in Japanese. (4) In the Edo era, the shogun even had casks of onsen water carried in from Hakone daily so he could partake in toji. It was forbidden for the servants to even set the barrels down lest the water spill or cool. (5) While the shogun’s methods were extreme, to say the least, there is plenty of scientific evidence to back up the ideas behind toji.

Balneology, or the study of health benefits of onsen, is taken so seriously in Japan that there is even an academic society dedicated to it! The Japanese Society of Balneology, Climatology and Physical Medicine publishes studies and offers certification courses to medical doctors looking to learn more about treating their patients with natural onsen therapy. To date, there are 1,006 balneotherapeutic doctors certified by the board. (6) The society has studied all the different varieties of onsen around Japan and has recorded the health benefits one receives from bathing in or even drinking onsen water.

The health benefits of onsen arise from both psychological and physiological pathways. While the heat and buoyancy created by the water have benefits of their own, perhaps the most alluring component is the effects of various minerals on the body. The legal definition of an onsen requires that at least one of the 19 designated chemicals be naturally present in the water. (1) These chemicals include but are not limited to: sulfur, sodium bicarbonate, carbon dioxide, radon, and iron, all of which have unique benefits of their own. (7)

Carbon dioxide springs have a red-brown hue, and due to their fizzy and bubbly nature, they feel like you are soaking in soda. They help improve circulation and heal cuts and burns. (8)

Nagayu Onsen in Kyūshū’s Ōita Prefecture are the most highly carbonated in the nation. One of the springs, Lamune, is nicknamed the “soda pop” hot spring after the nostalgic soda pop drink ramune.(11)

Iron springs, which have a similar rusty color, are nicknamed “springs for women.” They are great for helping with menstrual issues and anemia. (4)

The Kinsen hot springs, or literally “Golden Springs” of Arima Onsen in Hyogo Prefecture are legendary for their healing powers. There is even an old Japanese fairy tale about three injured crows that were all healed by bathing in Arima Onsen. (12)

Sulfur springs have a pure white almost milky appearance. These springs are known for the usual benefits such as reducing arteriosclerosis and high blood pressure, but they are also known for their skin beautifying effect. (8)

Noboribetsu Onsen is often regarded as one of the best onsen resorts in Hokkaido. The waters in its hot spring baths contain sulfur and hydrogen sulfide, which are both known to have skin softening and lightening effects. The abundance of minerals in the area colors the landscape, giving it the nickname “Hell Valley.” (13)

Acidic springs, which are typically colorless, are good for bacterial infections such as athlete’s foot and other dermatological issues. It is said that bathing in an acid spring is similar to a chemical peel. They are also known for improving metabolism. Please note that acidic springs are not recommended for those with sensitive skin. (8)

At a pH of 1.2, the waters of Tamagawa Onsen in Akita Prefecture are famous for being the most acidic in Japan. There is even a resident nurse on staff to help the visitors traveling from all around the country to partake in toji.

Finally, don’t let the “radioactive” name scare you! Radioactive springs only have a minute amount of radiation, which doesn’t do any harm to the body. In fact, they are known for improving gout, arthralgia, dysautonomia, and plenty of other chronic conditions. These onsen are typically crystal clear in appearance. (8)

Misasa Onsen in Tottori Prefecture has a high concentration of radon ions. Radon is a weak radioactive substance produced by the decay of radium and is dispersed in the air. It is said that you can receive health benefits simply from breathing in the air of this onsen town. (14)

For a full list of which chemicals are proven to affect which ailments, please see the guide provided by the Japanese Society of Balneology, Climatology and Physical Medicine. Also, like any sort of home-medical remedy, please consult with your doctor prior to using an onsen. 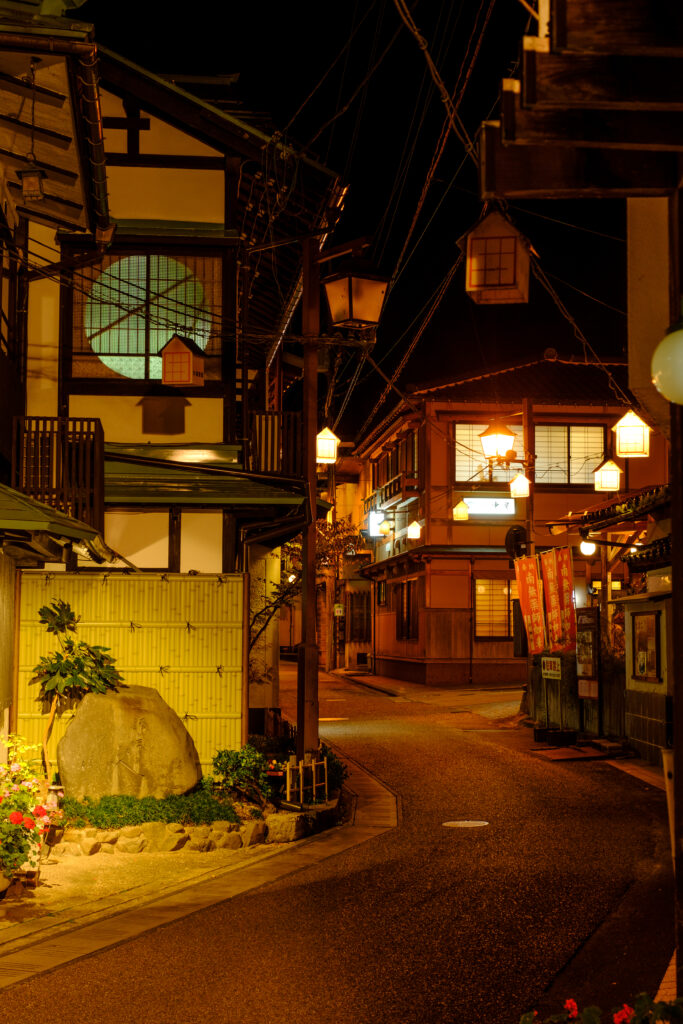 If you are new to Japan or have yet to experience your first onsen visit, then there are some basic things you should know.

Before entering the onsen, it is important to rinse off first. Getting naked in front of others is embarrassing at first, but it is part of the onsen culture. Going into the water with clothes on will bring the dirt into the water. If you are menstruating, you should refrain from using the onsen, even with tampons.

While rinsing off prior to using an onsen is important, unless using an acidic onsen, it’s not necessary to rinse off after your soak. Feel free to leave all those natural minerals on your skin for longer-lasting benefits.

Japan is still very strict with tattoos in onsen. If you have tattoos, please research whether the onsen you plan to visit allows tattoos. There is a great list of tattoo-friendly onsen here. Most will let you cover your tattoo in the bath, but others do not allow it whatsoever. Please be mindful of the rules because there are few things more embarrassing than being asked to leave while you are trying to enjoy your bath.

Bathing is so routine to us that we don’t really pay attention to how other cultures bathe. In Japan, people typically take baths every night, whether it be at home or at a local onsen. And while I was in Japan, I certainly learned to love that aspect of Japanese culture. I suppose I chose to write this article because onsen was one of my favorite things about Japan. It is a great escape, a fun activity to bond with friends, and has plenty of health benefits, both physical and mental. If you haven’t gone to an onsen yet, I think you are missing out!

Annelise Wilp participated in the JET Program from 2018-2020 in Warabi, Saitama. She now works with international high school students in the Chicago area, where she lives with her fiance and their Shiba Inu, Aki.