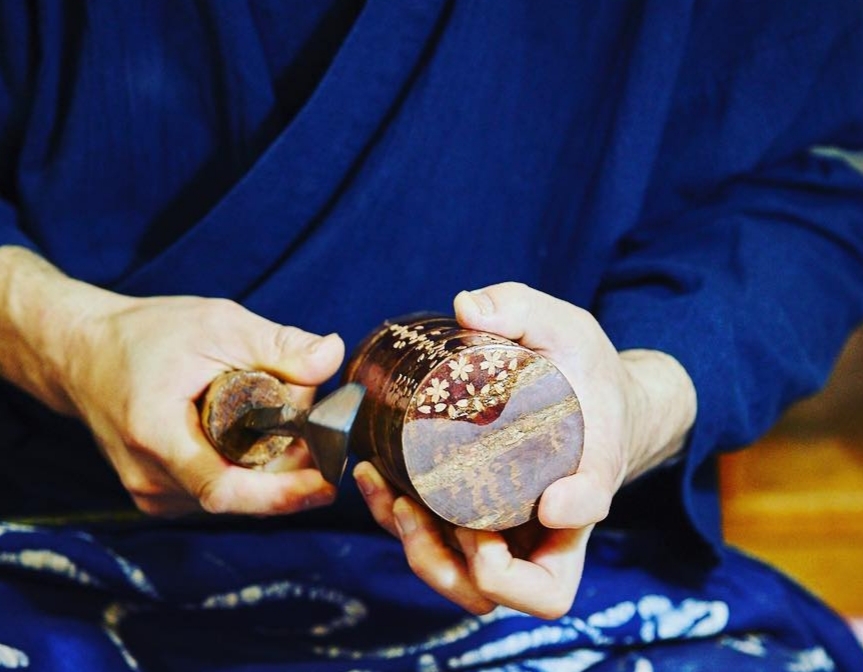 The Traditional Sakura Woodworks of a Samurai Village

For all except perhaps those in the very northernmost part of Japan, the sakura have already bloomed, withered, and rained down upon us, marking the end of 2021’s hanami season. If you haven’t gotten enough of Japan’s iconic pink blossoms for the year and wish to have a memento of the season that has passed, you may be interested to learn about a rare craft from Akita: Kabazaiku.

The term “Kabazaiku” is actually a bit misleading, as it literally means “birch craftsmanship [1].” However, the craft is nowadays practically synonymous with woodworking that is carved out of the bark of a cherry tree, making it a perfect souvenir for those enamored with Japan’s most iconic flower. Although there are about five to seven different types of cherry blossom trees, only yamazakura wood is used in Kabazaiku due to its durability (3).

The craft has flourished in Kakunodate for over 200 years and was introduced to the area by a feudal lord of the Satake samurai family named Fujimura Hikoroku, who learned woodworking in the nearby region and began teaching it as a secondary vocation for low-ranking samurai. The Meiji Restoration (1968-1912) and its unification of Japan made the samurai and their way of life a thing of the past (1), so Kabazaiku became the primary occupation for some of them, and the craft really began to flourish. These families who continued the Kabazaiku production modernized distribution systems so that this one-of-a-kind handicraft became an icon of Kakunodate. 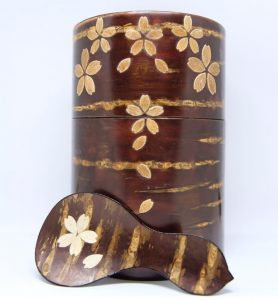 Kakunodate is often referred to as the “little Kyōto” of Tōhoku because of its well-preserved samurai residences and picturesque weeping cherry trees that drape over them in the spring. The town’s history of both samurai and sakura is exactly what has allowed the Kabazaiku to flourish, so they are the perfect icon of this romantic town.

The traditional Kabazaiku process involves scrupulous care and an attentiveness to nature comparable to that of a traditional farmer. The wood of cultivated yamazakura trees cannot be used because it is not tough enough (1), so the early samurai craftsmen went on a missionーthis time searching for prime wild cherry trees instead of keeping their eyes out for enemies. They would scout the mountains of North Japan in the spring, when the blossoms are easier to spot, until they found yamazakura of a suitable age and strength. This practice has been passed down still to this day.

Once the appropriate wood is attained, the work only just begins. There are several traditional processes that are used depending on the shape of the product to be made and the level of polish desired for the finished product. Since tea containers are the most popular Kabazaiku product, I will describe the general process for creating cylinder-type containers.
First, the bark is stripped off the trunk with special tools and left to dry until all of the moisture is completely dried out. This usually takes about one year. Next, the rough surface of the bark is scraped off with a knife and glued onto wooden molds with an adhesive called nikawa(3). The surface is sanded with sharkskin to make it smooth and create intenser colors. Finally, it is polished with a cloth. Through this process, very little wood is wasted as it is only sanded down to the appropriate smoothness. A true master craftsman can also transform imperfections such as knots in the wood into feature elements of the design, so even the “undesirable” wood that is harvested is used. The complete process is also very environmentally-friendly, as experts remove the bark in a way that is not harmful to the tree. The yamazakura tree has an outer and inner layer of bark, so as long as only the outer layer is removed, it will not die and can regrow without suffering damage (3).

The final product is one of great technical finesse, since any minor slight of the hand against the wood’s surface during the polishing process could tarnish or discolor it. The result of a master craftsman has a shiny dark red color that comes from a combination of the bark itself and the tree’s sap, as well as the result of skillful polishing. Often, some areas of the outer bark are left rough or carved in a very intricate pattern, leaving a refined semblance of the texture of bark that we see in nature while still being functional. Decorations are usually added by gluing small bits of wood or paper onto the surface and varnishing them, often into the shape of delicate sakura petals. The yamazakura bark acts as a natural insulator against changes in humidity and is airtight, so Kabazaiku containers are ideal for the storage of tea or tobacco leaves.

As of today, there are only five companies left in Kakunodate that master the skills that have been passed down from the samurai there throughout generations.

Although Kabazaiku is such a stunning craft, like many of the traditions in Akita, it is perhaps at some risk of being lost. Akita prefecture has the oldest population of all of Japan, and coincidentally the oldest population in the world and an overall population that is quickly shrinking. As of today, there are only five companies left in Kakunodate that master the skills that have been passed down from the samurai there throughout generations. Nevertheless, it does seem like Kabazaiku is one of Akita’s traditions that will endure, as the products are increasingly popular with tourists. If you are able, I really hope you get the chance to buy some Kabazaiku products for yourself! I can’t think of a handicraft more symbolic of Japan than something carved out of sakura wood, and your support must also help a local area and its traditions endure.

Jessica is a fourth-year American JET from Arkansas state now living in Saitama. She is the art section editor for CONNECT. On weekends she enjoys hiking in remote areas of Saitama or taking day-trips to Tōkyō. Her first experience in Japan was as an exchange student at Akita International University, and her first trip within Japan was to Kakunodate. When not adventuring, she can be found reading or creating her own artwork, which can be seen on her Instagram @jessica_craven_art.