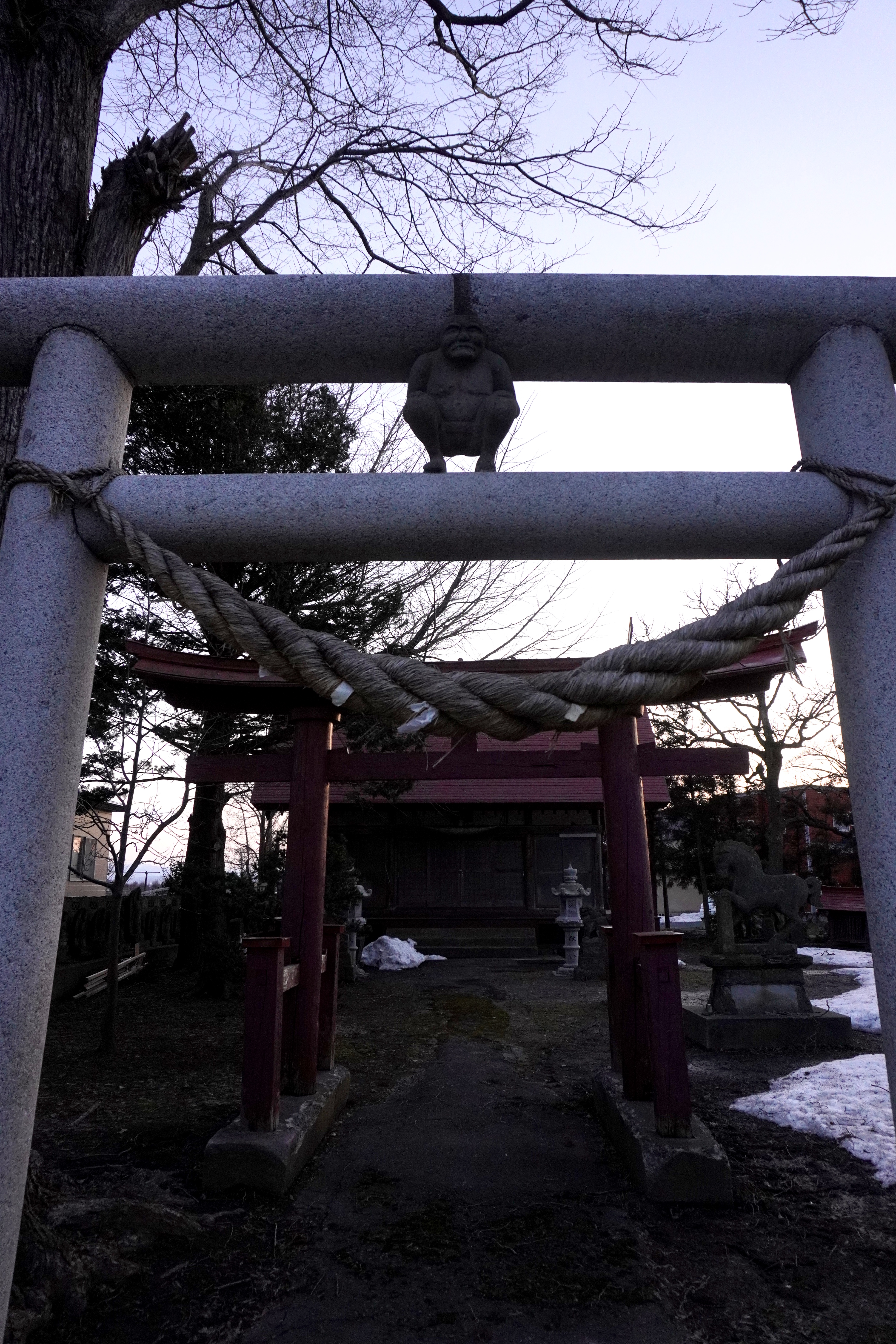 Even if you have only very limited knowledge of Japanese folklore and legend, you have likely come across oni: ogre-like creatures that are the ubiquitous foe to every hapless protagonist. With sharp horns protruding from their brightly-coloured bulbous heads, ratty loincloths, and a menacing club always on hand, it’s no wonder stories about oni have been used to terrify Japanese children into obedience since ancient times. In Akita, every February, the terrifying namahage oni descend from the mountains to scold children for being lazy or naughty. Meanwhile, on Setsubun each year, yells of “Oni out! Luck in!” can be heard from Japanese households across the country as children throw beans out of their front door, or at parents disguised as oni. Setsubun takes place on February 3 each year and marks the beginning of spring in the old Japanese calendar. The ritual of throwing beans is known as mamemaki, and Japanese people believe it purifies the home, driving away evil spirits that bring misfortune and poor health.

However, if you travel just a little further north from Akita to the Tsugaru region of Aomori Prefecture, oni have a very different reputation. Rather than being feared as harbingers of evil, oni are revered by the locals, with some houses even shouting “Oni in! Luck in!” on Setsubun instead. There are various shrines dedicated to the yōkai (collective term for spirits in Japanese folklore), and several place names in the region owe their origins to legends about the oni of Mount Iwaki. 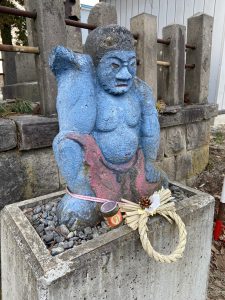 The Kindly Oni of Onizawa

The village of Onizawa is now part of the city of Hirosaki, but as the name suggests, it still retains a unique connection to oni folklore. Long ago, legend has it that a villager named Yajuro befriended an oni from Mount Iwaki, and the two would often play and wrestle together. Yajuro would bring the oni food, and in turn, the oni would share his advice and wisdom like an older brother. One day, Yajuro told the oni about how he was having difficulty irrigating his rice paddies due to a water shortage, and hearing this, the oni built a canal overnight on the condition that no one watched him work. Unfortunately, Yajuro’s wife happened to witness him building the canal, and so the oni disappeared, never to be seen again. The only proof of his good deed was the tools he abandoned as he fled. From then onwards, the village came to be known as Onizawa.

To honour his great deed, the locals built a shrine in which they enshrined the hoe and chisel he left behind, and these tools can still be seen today. The shrine is called Ki Shrine, which is written using the kanji for oni, 鬼, without the small horn-shaped stroke at the top. They chose to omit this stroke to symbolise how he was kind-hearted and not evil like the oni of most legends.

In addition to the shrine, there are two other spots related to this tale. In the middle of the apple orchards surrounding Ki Shrine stands a tall oak tree called “the oni’s seat.” The branches form a perfect oni-sized bench where, locals say, Yajuro and his oni friend would while away the hours chatting. Go a little fur-ther, and you’ll also find “the oni’s sumō ring” where the two would wrestle.

The Cunning Oni of Tokoshinai

Although oni are revered in the Tsugaru region, this does not mean the locals see them as purely benevolent neighbours. Their respect for oni mirrors that which they have for nature—they are seen as god-like creatures that can be both harsh and giving, threatening and friendly. They can provide just as easily as they can take away. The darker side of this balancing act is evident in the legend surrounding the origin of the name of the village of Tokoshinai.

Folklore has it that many hundreds of years ago, a local blacksmith with a beautiful daughter was troubled as he had no sons to inherit his business. Hoping to find both a suitable heir and husband for his daughter, he declared, “I will marry my daughter to any man who can forge ten swords in one night.” Men from far and wide came to the village to accept his challenge, but they all failed. One day, a mysterious, gangly man appeared to try his hand at the challenge on the condition that no one watched him as he worked. He claimed he was unable to concentrate while being watched. The blacksmith was moved by his passion, for he himself became similarly absorbed in his craft when working, so promised to follow the man’s wishes. 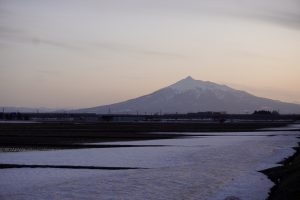 Unwilling to marry a man she had never met, the blacksmith’s daughter secretly peeked at the man from the shadows and was horrified to discover a towering red creature forging the sword with flames bursting from his own mouth. The mysterious stranger was an oni. She watched in shock until dawn when the weary oni settled down for a short rest before the sun rose. Quickly, she grabbed one of the swords and hid it in her room in a desperate attempt to avoid her horrid fate. 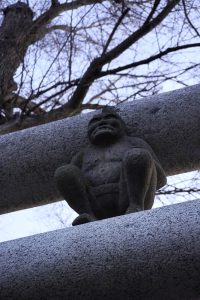 In the morning, the oni brought the swords to the blacksmith and counted them out one by one. After he counted to nine and there were no more, he roared, “There aren’t ten swords,” and ran away into the mountains, never to return. In Japanese, “ten swords” can be phrased as “tokoshi” and “nai” means “‘there are no,” so the words the oni yelled were “tokoshi nai!” His parting words sound exactly like the village’s current name: Tokoshinai. The shrine in this village is called Ganki Shrine, which also contains the character for oni in the name.

Find all 40 Oniko Shrines in Tsugaru

Tokoshinai and Onizawa are not the only two villages that have a special connection to these misunderstood yōkai; there are around 40 shrines throughout the Tsugaru region where you can find oniko hidden on torii gates and shrine buildings. Oniko is a term of endearment used by locals in Tsugaru when referring to oni. Each oniko is unique, with different skin colours, facial expressions, and loincloth fashion, but they all sit in a similar crouched position, supporting the torii gates on their shoulders. If you happen to be in Aomori and want to search out these unique shrines, this handy map lists all 40 oniko shrines in the region.

Mount Iwaki is a towering volcano that dominates the horizon of the Tsugaru region. The mountain’s conical shape and snow-capped appearance during winter inspired its nickname Tsugaru-Fuji. Iwaki has been an important centre for mountain worship in the area for hundreds of years. Halfway up the mountain, you can find the remnants of Akakura Reijo, which was once the largest sacred place in the whole region. Female shamans known as gomiso and kamisama used to train in the numerous huts and shrines that pepper the mountainside. Mount Iwaki was also seen as the home of oni at the time. It is therefore no surprise that the people living in the villages at the foot of this imposing and spiritual mountain have developed such a unique and close connection with its principal inhabitants.

Clarissa Combe is a third-year Coordinator for International Relations (CIR) placed in Aomori Prefecture. When she’s not horse-riding or hiking, she likes to travel and take photos of the beautiful sights of rural Japan. You can find her travel photography on Instagram at @ontheedgeofforever_