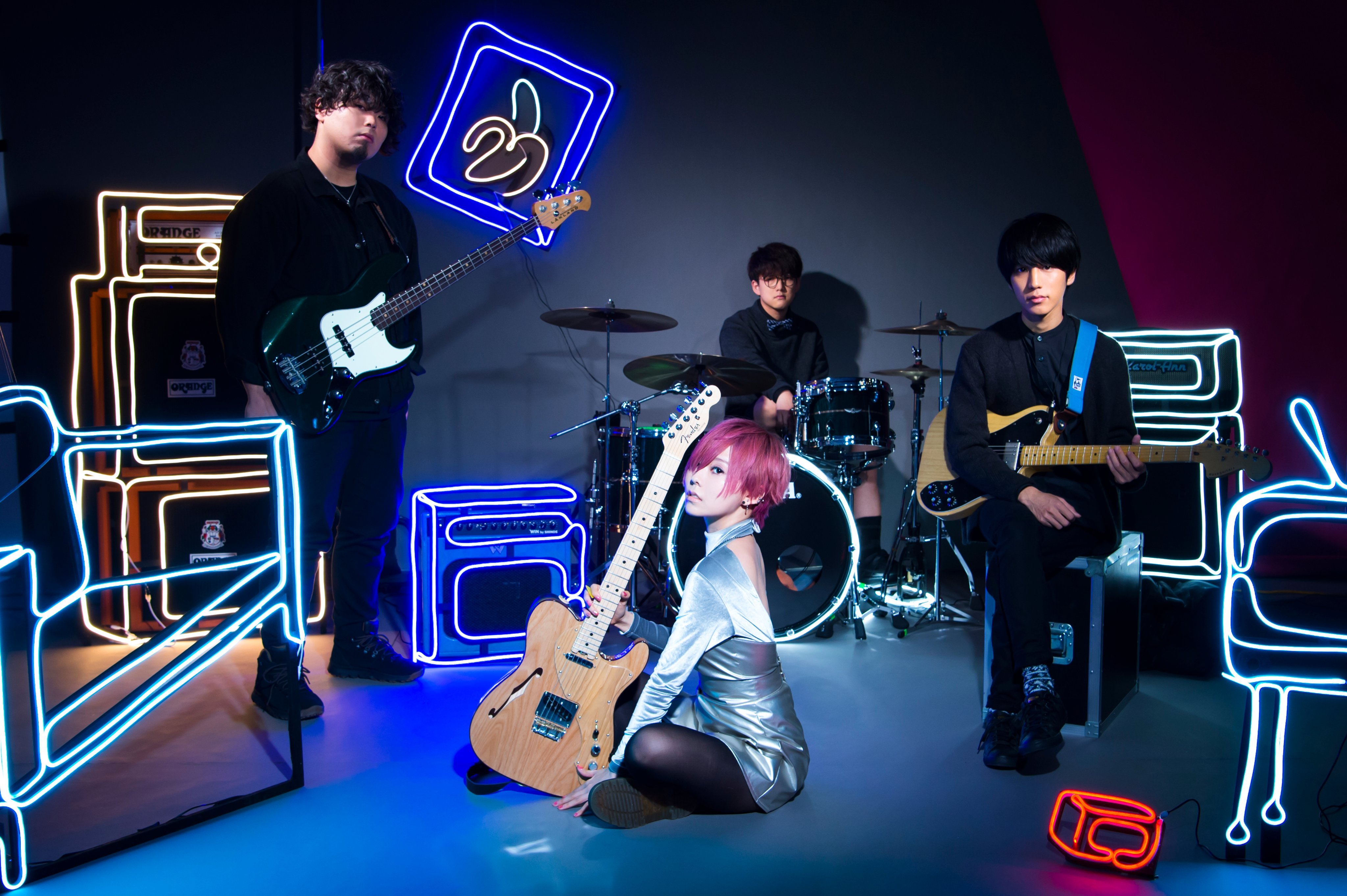 Hailing from Fukuoka, Japan, Polkadot Stingray is a four-person alternative rock powerhouse formed in 2015. After releasing their first EP in 2016, the band’s “Telecaster Stripes” single quickly became a hit among J-rock fans, putting them on the map. On their third LP, 何者 (Nanimono), the band steps further into the pop music realm but retains some of the grittier aspects of their sound on a handful of tracks. While this album lacks some of the speed and distortion of previous releases, it doesn’t come off as forcibly diluted. It’s the natural progression of a band exploring new ground without shedding what makes them recognizable.

Stylistically, Nanimono bounces from groovy rhythms and lighthearted pop melodies to straightforward rock jams, and it works surprisingly well. “SHAKE! SHAKE!” oozes funk with its popping bassline and heavy doses of wah pedal; it was made for the dancefloor. In contrast, “化身” (Keshin) steps on the gas and adds some crunch to the guitar amps. The combo of buttery piano chords and flashy lead guitar licks is straight from the playbook of indie-pop stars like Gesu no Kiwami Otome, but Polkadot Stingray executes it with their own flair.

The album’s introspective, conflicted lyrics, while mostly in Japanese, are another high point of the album and well worth taking the time to translate and think about. Lead singer Shizuku digs into the complexity of relationships and their endings, wrestling with both nostalgia and bitterness on songs like “JET,” which basks in the memories of an ex who is long gone. “トゲめくスピカ” (Togemeku Supika) revolves around a mutually destructive pair, recalling happier times but ultimately coming to terms with the serious flaws in their relationship. The song is somehow warmly sentimental and coldly pragmatic at once.

Nanimono’s overall high energy and fast pace is meant for foot taps and head bobs, and it’s sure to shine when played live. It’s hard to imagine a crowd that’s anything short of wild, screaming along to each song at a Polkadot Stingray show, and that feeling is captured on this record.

You can stream Nanimono now on Spotify and YouTube Music.

Ryon Morrin is a second-year ALT from Boise, Idaho, U.S. living in Shintotsukawa, Hokkaidō, a small farming town known for its high-quality rice and beautiful scenic views. He’s a writer, a traveler, and a lover of live music.