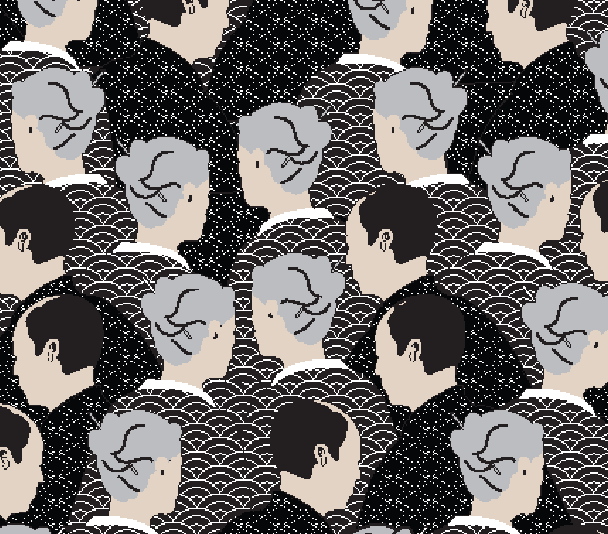 If you are anything like me, getting involved is hard. While I really want to connect with others and try to have a positive impact on my community, it is still a daily struggle to say yes to opportunities that come my way. This is because I feel drained from being a happy English teacher for eight hours each day. However, I still yearn to connect with people who don’t call me sensei or are not my coworkers. Much like all of you, I want to participate in organic, mutual cultural exchange and feel like I made a difference; like I made the world a little bit better. So, when approached about the JET Local Internationalization Workshop, I jumped at the chance to partake in a conference that I felt might allow me to contribute to my community in a meaningful way.
Unsurprisingly, due to the current state of affairs, the event was mov-ed to an online format. Though the thought of participating in a two-day teleconference with a group project filled me with a sense of dread, missing a potentially moving opportunity to communicate with community members about a topic dear to me was worse. In hindsight, I can confidently say that I made the right call.

A Familiar Yet Impactful Format

This event’s fundamental structure is likely familiar to all JET participants. After the opening address, there was a keynote speech. The speaker was Anthony Lieven, a former JET CIR who returned to the town he was placed in to continue his work with the community. There were activity sessions where we learned about a cultural practice, a location, or an organization that is special in our region followed by a question and answer time where we could pick the brains of the presenter. In my experience, all of this is pretty standard procedure when it comes to elective events in the JET Program.

In hindsight, I can confidently say that I made the right call.

What made this conference truly worth it was the previously mentioned group project. There were eight groups, comprised of five members, tasked with tackling one of the following themes: building relationships with locals, creating a favorable environment for the participation of non-Japanese, dissemination of the local appeal, and the role of non-Japanese in local internationalization. It was through these lenses that we approached our experiences in this conference. After each activity, we were to meet with our group members and discuss what we learned, how we wanted to integrate these lessons into our lives, and what challenges we believed each activity could face when examined through our assigned theme. Each challenge was to be accompanied by a few solutions to overcome the anticipated speed bumps. At the end of the conference, each group would present their overall conclusions to the other attendees and session leaders. I dread group projects, especially online ones, as much as the next person, and I generally try to avoid them at all costs. However, this project grounded each of us in a specific theme that was still broad enough to allow interpretation and creativity. For that, I commend the organizers.

Every effort you make to get involved, regardless of the magnitude, makes a difference somewhere.

These assigned themes made the Q&A portions of each session significantly more interesting. In my sessions, some asked for clarifying specifics, but the majority of attendees were keen to know more about the efforts made by the presenters (and their affiliated companies and NPOs) to include the international community members. Many were also interested in the methods utilized by the companies and NPOs to spread information about their activities. Were they using local channels, such as newspapers and billboards, or were they using social networking services, such as Facebook or LINE, which are more accessible for the international community? And finally, many parties were curious about how each of these groups are adapting to fit the needs of the community (international and local) in these ever-changing, confusing times. 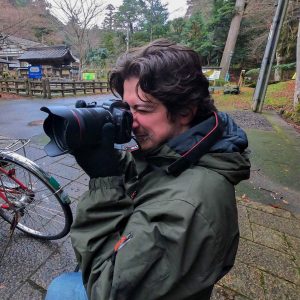 I want to preface this section by saying that I won’t waste space reporting our final group conclusions and findings. In my mind, they weren’t particularly revolutionary. What was special about this experience was that we, the attendees and presenters of this virtual conference marred with technological complications and poor microphone quality, were given a platform on which to constructively work together to make a difference in our region. While it may have been under less-than-optimal circumstances, we all showed up with the goal of discussing internationalization. Presenters described their experiences as business owners or operators, as well as their efforts of inclusivity; JET participants provided helpful feedback. A simple concept that I personally believe provides the most effective results when both parties approach it with the right mindset. Thankfully, most in attendance came to make positive change.

It was refreshing to hear that, generally speaking, our communities are making efforts to more effectively connect with and accommodate non-native residents—both English and non-English speakers. Some of us may live in the rural parts of the country where change often occurs at what feels like a snail’s pace, but the community members are trying! As we learned through this event, even small onsen towns and small(ish) businesses who are off the beaten path are seeking the help of non-Japanese residents in order to better fulfill the needs of visitors or prospective residents who do not hail from Japan. Following our group presentations, some community members who led previous events delivered their impressions and comments about our findings. A fair amount of the comments told us that our work and perspectives provided inspiration for future improvements to make Japan more globalized. One gentleman told us he even contacted his organization before the conference concluded to share his impressions and discuss the changes the organization should make in order to accommodate international communities and inspire further growth.

We did it. Even if it is small or short-lived, we did it. We made a difference. Unfortunately, kind words do not often indicate action, and one organizational change isn’t enough. No one in attendance is so naive to think that we have officially accomplished internationalization. But it means that the community is trying. It means that we are trying together. It may not feel like foreign residents and native community members are meeting in the middle all of the time, but this experience at the JET Local Internationalization Workshop showed that we are indeed working together, and it provides me hope for the future.

I have seen and heard many international residents, be they JET participants or otherwise, express their feelings that they feel excluded and believe that their efforts to get involved and become connected with the various communities around them is often fruitless. While this may serve as little consolation, I can only tell you that change is coming! You are an important part of that change, and every effort you make to get involved, regardless of the magnitude, makes a difference somewhere. You challenge people’s perspectives every day, and you control which direction the tide flows. Perhaps you can’t feel it now, and you may never have the opportunity to feel it directly, but the future native and international residents alike will feel the waves you made.

Justin Swift is a classically trained oboist with a Bachelor’s and Master’s in Music Education. In his free time, he enjoys good coffee, playing video games with his wife, studying photography, programming, and Japanese — and having absolutely no free time whatsoever.