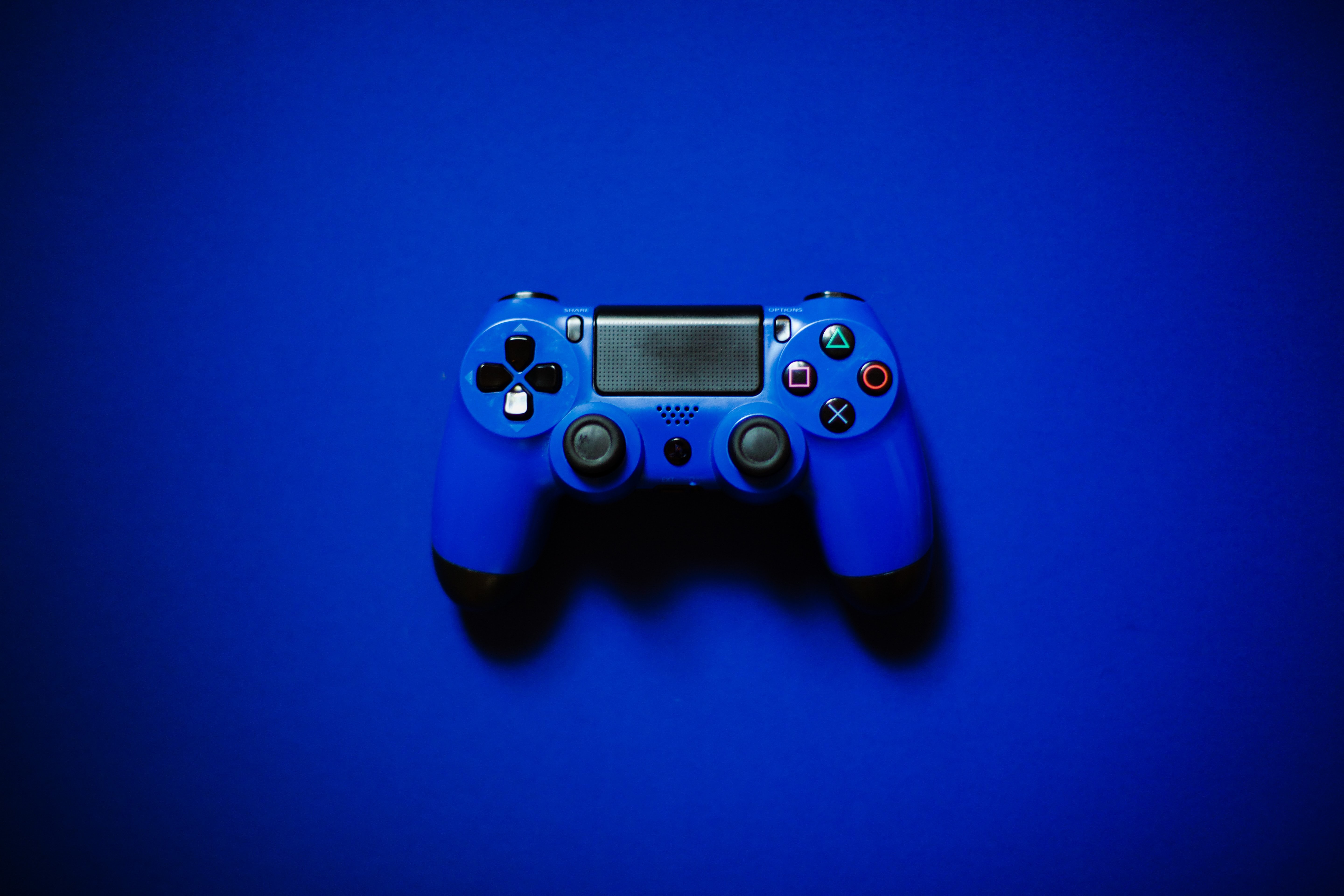 The PlayStation 5 is out in the wild now, or at least it would be if there were enough units to go around. PS5s are sold out across the world. Most retailers are not even taking preorders for them at this point. And supply is so scarce now that used units are selling for upwards of 100,000 yen—twice the retail price of new ones! If you do manage to get your hands on one, though, here are some of the next-gen treats you can expect from it.

The first thing you’ll notice about the PS5 once seeing it in person is how big it is. This is one chonky boy. The console is 39.0 cm x 10.4 cm x 26.0 cm. That’s about twice the volume of the PS4 Pro. It’s also quite heavy, weighing 4.5 kg compared to the PS4 Pro’s 3.3 kg. It’s definitely not the kind of system you’d want to be regularly carrying between TVs or anything, but once you have it set up and stowed away, the size isn’t much of an issue.

While the PS5’s wavy black and white design is eye-catching, the controller is where the new hardware really shows. PS5 controllers are a bit bigger than their PS4 predecessors and fill the hand in a way that’s more akin to the Xbox’s. It definitely feels the best to hold of all the PlayStation controllers. It still has the light bar and touch pad from the PS4 era, though they are resized and moved around a bit, plus a headphone jack (which is extra-appreciated in this modern headphone-jack-less age). New to this generation is a built-in speaker and microphone, adaptive triggers, and a completely reworked rumble system.

The speaker and mic can be used to let you chat with your friends without a headset, and the speaker can also be used for immersive sound effects while in game. In Astro’s Playroom, the tech-demo platformer that comes with every PS5, the speaker plays your character’s footsteps when you move around, plus some ambient sounds like wind blowing or leaves crunching. It mixes with the main game audio well and makes the whole experience feel more immersive.

The new “adaptive” triggers are also a great addition. They can change their resistance level from smooth and loose to stiff and resistant, and anywhere in between, depending on context in game. When using a bow in Demon’s Souls, for example, the trigger will smoothly pull halfway down as you ready your bow, then provide more resistance as you pull it the rest of the way, emulating the bow string. In Astro’s Playroom, there are sequences where it will convincingly mimic the feeling of pulling a gun’s trigger or pressing down on a spring. This is something I had never seen a game do before that left me with a genuine smile on my face. It’s just one small touch, but it is definitely something that you can only experience on the PS5.

The improved rumble also provides a sizable boost in immersion. Before now, rumble was mostly just about how hard or fast the controller was shaking, but with the PS5’s controllers, it can now approximate the weightiness and feel of different actions. For example, swinging a big metal sword into a wall in Demon’s Souls will cause the controller to vibrate in a ring-y sort of way like a tuning fork. It also feels different when you hit your weapon against stone, metal, and wood. Astro’s Playroom also alters the rumble feel with your footsteps to imply what kind of ground you’re walking on. Even with no audio or video cues, I could feel if my character was walking on stone, sand, or grass. It’s extremely impressive, and I hope that more developers will make similarly good use of it in the future. 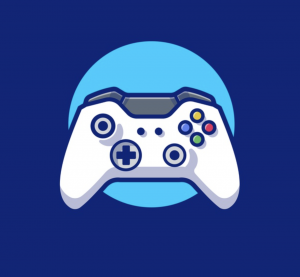 New console generations are first and fore-most about the boost in visual fidelity (unless you’re Nintendo, anyway), and PS5 definitely delivers in that regard. Many of PS5’s launch games support native 4k, 60+ frames per second, and ray tracing technology. If you’re unfamiliar with ray tracing, put simply, it’s a new and very resource-heavy way to render stunning lighting and reflection effects, and it’s been the talk of the town coming into this new generation of consoles and PC video cards.

These new technologies all place a lot of demand on the CPU and GPU, though, so you’ll often be choosing how to spend that power by selecting between a crystal-clear 2160p (otherwise known as 4k) image at 30fps, or silky-smooth 60fps gameplay—usually at somewhere between 1440p and 1800p. Marvel’s Spider-Man: Miles Morales even offers an impressive 60fps ray tracing option, though it doesn’t run at native 4k in that mode. Simpler games like Astro’s Playroom, however, are able to offer an impressive 4k experience at a locked 60fps, even with ray tracing enabled.

Perhaps the most impressive hardware up-grade from the PS4 is the PS5’s blazing-fast solid state drive, or SSD. This allows games to load insanely fast, to the point where the PS5 remake of Demon’s Souls completely removed the original’s loading screens and replaced them with a momentary puff of fog to hide zone changes.

Games also load from the system menu in a matter of seconds now, which is particularly appreciated after some last-gen offenders like Final Fantasy XV, Monster Hunter World, and Destiny could take over a minute to load.

One other big change for PS5 is that the system now enables HDR for everything at a system level, whereas before it was a toggle on a game by game basis.

All of these improvements combine to create a visual experience above anything available on last-gen consoles. That said, visual improvements between console generations are reaching the point of diminishing returns, so while PS5 games absolutely look better
than PS4 games, the generational leap is smaller than it has been in the past. That’s one reason the other new hardware features the system brings to the table on the controller front are so appreciated.

While some of the PS5 games on store shelves right now are good enough on their own to warrant the hardware upgrade (if you can find one, anyway), its improvements to PS4 titles bring new life to some of the best titles of this past console generation. Though backwards compatibility isn’t completely new for the PlayStation brand (PS2s and some PS3s were backwards compatible with old games), this
is the first time a console has actually been
able to make those games look and play significantly better. In addition to playing PS5 games, the system is also doing double duty as a PlayStation 4 Pro . .. Pro!

Many PS4 titles had their own set of options letting you choose between a high resolution and a high frame rate since the PS4 wasn’t powerful enough to support both at the same time. But now on PS5, many of those titles will let you have your proverbial cake and eat it too, running at 60fps even on the mode that used to run at 30fps to allow for a higher resolution.
Many recent PS4 games have also gotten patches to take advantage of the PS5’s hard-ware, such as the excellent Ghost of Tsushima, which now offers a higher resolution, better frame rate, and faster load times on PS5.

This is a great excuse to go back and play or replay excellent PS4 gems with enhanced features on PS5 like Final Fantasy XV, God of War, Dark Souls III, Horizon: Zero Dawn, Destiny 2, No Man’s Sky, and more. This deal is doubly sweet since, just by purchasing a PS5 and activating PS+, you are entitled to free copies of 20 of PS4’s best games, including many of those mentioned above.

The PS5 is available now (if you’re lucky!) in two configurations, a 50,000 yen standard configuration with an Ultra HD Blu-ray disc drive, and a 40,000 yen “all-digital” configuration that lacks the drive. They both have the same amount of storage, identical specs, and everything else aside from the drive, but do note that “all-digital” really means all digital. It won’t be able to handle any physical media, which may or may not matter to you in this ultra-futuristic year of 2021.

With 2020 wrapped up now, it’s nice to have had something exciting like a new console launch among all the chaos. The fact that the system and its games are such a delight makes it all the better. And while PS5s are still very difficult to get your hands on, if this console generation is anything like the last few, that problem should subside in the coming months as the supply catches up to the demand. Good luck on the hunt for one! Happy New Year, and happy gaming!

Nathan Post is a former JET who worked for five years in Gunma middle schools. He now works as a Japanese to English game translator in Tokyo. His New Year’s resolution is to catch up on his embarrassingly long gaming backlog.