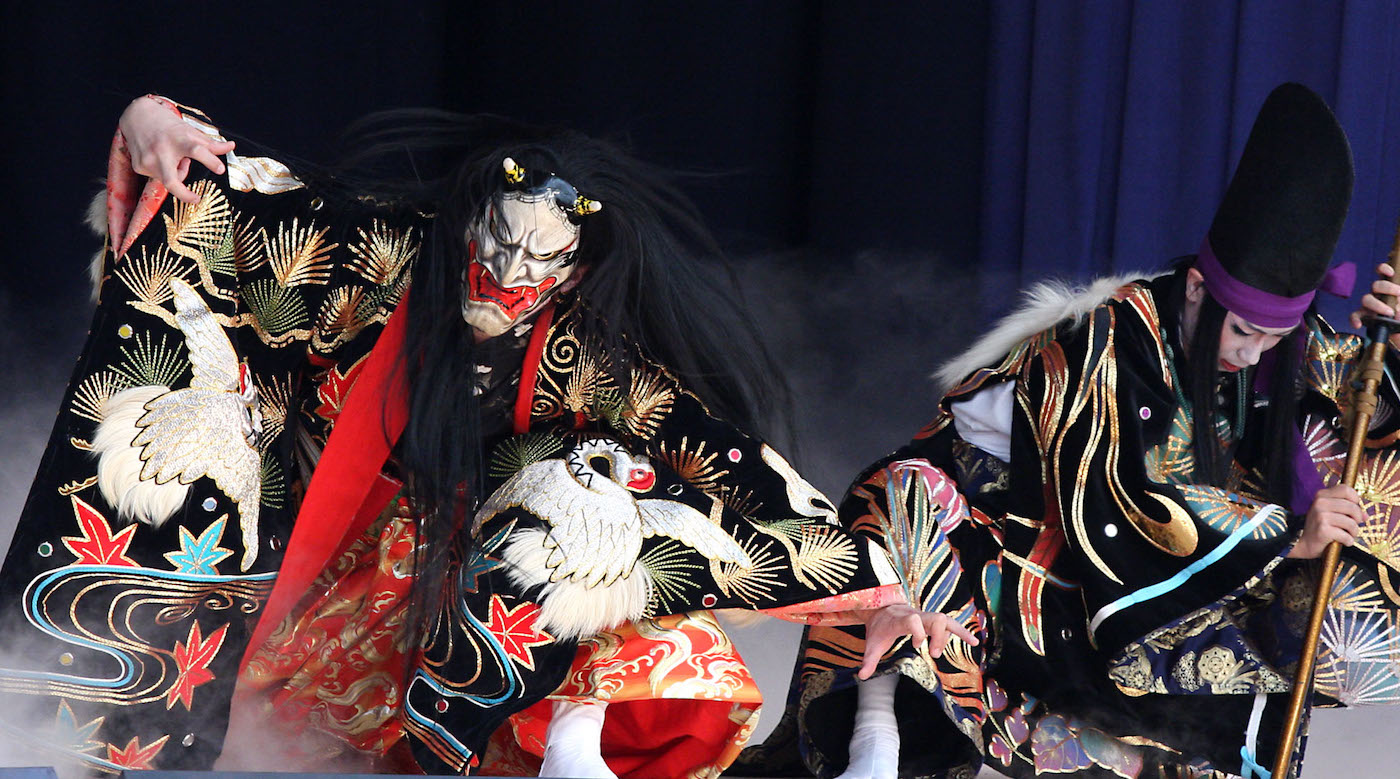 “What is kagura and where can I see it?” is a question you probably haven’t been asking yourself this month—or ever—but boy, have you been missing out.

Different regions of Japan have cultivated unique performance styles, costumes, and stories in their kagura traditions. Hiroshima Prefecture in particular has been very keen to preserve their local kagura style and show off this splendid performing art to the rest of the world.

Thus, “An Evening of Kagura” was developed to make kagura accessible to English-speaking audiences. At weekly events held at Hiroshima Prefectural Art Museum and Hiroshima YMCA, kagura troupes from around the prefecture would perform their most popular act while a translation of the dialogue was projected on a nearby wall. These performances were always preceded by a short video about the history of kagura in English and followed by a Q&A session with the performers.

These events were extremely well organized, and were probably the most fun and accessible way to experience kagura as a casual viewer. Unfortunately, coronavirus has made holding these types of events in person dangerous for everyone involved, so “An Evening of Kagura” was suspended back in February of 2020. However, you apparently cannot keep a Vengeful Spider Demon down. “An Evening of Kagura” has adapted to the times and switched to an online format.

“An Evening of Kagura” now sends a film crew out to record troupes performing at their local shrines and community centers, then uploads the video (with English subtitles) and a following Q&A session onto YouTube. Some performances are even live streamed onto YouTube rather than filmed in advance, allowing viewers to submit their questions to the Q&A session in real time. They will be uploading new content through mid-February (autumn and winter are the traditional kagura festival months) and I highly recommend checking them out.

You can find Hiroshima Kagura’s YouTube channel here. All videos titled “An Evening of Kagura Online” or “Winter Kagura Festival” have English subtitles.

You can also follow “An Evening of Kagura” on Facebook for more updates or check out their website here for information about Hiroshima’s different kagura troupes and story summaries of their performances.

For even more articles about kagura around Japan and interviews with kagura performers, stay tuned to CONNECT’s entertainment section in the upcoming months!
Schedule of Upcoming Performances:

*All performances can be found on YouTube shortly after recording.

Rachel Fagundes is the Entertainment editor of [CONNECT] and a fourth-year JET in rural Okayama. She likes Japanese festivals, science fiction novels, and sassy cats.