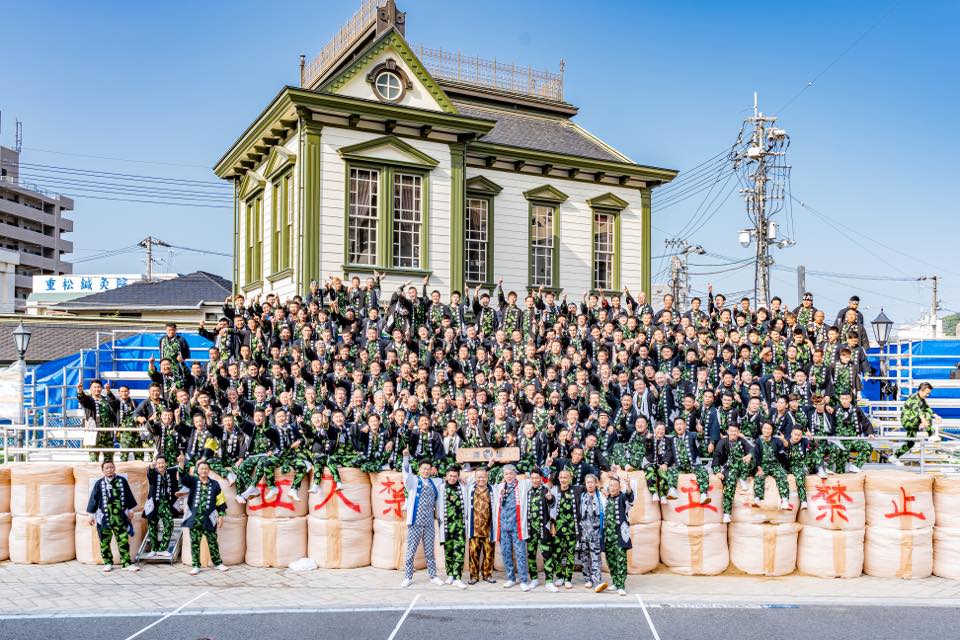 Coming to Japan, aside from the challenge of living in a foreign country, I knew I would be faced with many cultural barriers and possibly new fears I would have to overcome. In order to grow and learn as a person and a language ambassador, I decided to face my fears and experience new things while in Japan. In October 2019, I was invited by friends to participate in Matsuyama, Ehime’s omikoshi festival. Every year in Japan during autumn, this special event is held. An omikoshi is a p

ortable shrine that Shinto believers carry between main shrines and temporary shrines. It is a festival to transport a kami, or deity, from one shrine to another. It is said that the kami comes down from the world of kami to bless the faithful’s homes. What is interesting about this festival is that a sacred symbol from the kami’s shrine, such as a mirror, is placed inside the portable shrine.

I knew omikoshi was danger-ous to participate in, but I didn’t want that to come in the way of experiencing new things while living in Japan. Since the omikoshi is big in size, it is important to have many members to carry it. These members are in teams representing different local areas in the city. The team I became a part of was known as Dogo Mura omikoshi. Dogo is the main area in Matsuyama in which the event took place. The audience consisted of the local area’s citizens and the omikoshi participants. There were six teams in the women’s division and eight teams in the men’s division. The size of each team was different, but Dogo Mura had about 100 members. Both divisions participated in similar activities throughout the event. However, the men’s omikoshi included a special event known as the omikoshi clash. It is said that the winner of this clash is blessed with good fortune and harvest.
Before participating in the omikoshi festival, I didn’t know what to expect since it was my first time. However, the friends who invited me into their team were happy to see me join and get involved in their cultural activities. Little did I know, it would become one of the harshest yet rewarding experiences I’ve ever had living in Japan.

It was around 3 a.m. when my friends and I arrived at Dogo Mura’s meeting spot. We saw other members and greeted them. We then went into an underground parking structure where all members had gathered. The group’s head members gave a prep-speech and talked about the plan for the day. It felt like a sport as they laid out our walking route on a whiteboard. We then drank sake, had salt put on our shoulders (to ward off evil spirits), and headed towards Isaniwa shrine; our destination point for carrying Dogo Mura’s omikoshi. Once we arrived, we entered the shrine’s big gates and placed our omikoshi inside as we waited for the shrine’s monk to bless it. This marked the beginning of the event. It was then time to carry the omikoshi down the stairs. Dogo Mura gathered to carry the shrine down the long stairs of Isaniwa Shrine. When we reached the bottom, people were there cheering, and there was camera personnel recording the event. We raised our hands and started chanting, yoisa, which means “heave-ho!” This chant was used often throughout the day as we carried the omikoshi. It was then time for the omikoshi clash. This part of the festival took place in front of Botchan Karakuri Clock, one of the main spots in Dogo. The goal of this clash is to cause the opponent team’s omikoshi to topple over.

Before our turn to battle came, I was able to communicate with other Dogo Mura members. There was another foreigner here who was from the Philippines. Being the only two foreigners in Dogo Mura, we were interviewed on camera before our team entered battle. We were asked questions like, “What do you like about this festival?” and “Where are you from?” Our turn finally came to battle. I was a little nervous and scared since I heard about injuries that happened in the past—even cases of death—but nonetheless, I was ready. My friends and I went to the middle-back of the omikoshi since it was considered the safest spot. Being in the middle, we were protected from attackers of the other team since we were surrounded by our team members. As we battled the opponent team during the first round, one of the team members in the front fell to the ground. Everyone tried to pull him back on his feet and found he was bleeding from the head. Luckily, it wasn’t too serious, and he made it out fine. We lost the first round since our omikoshi ended up toppling over. After losing the first round, our leader gave us a prep-speech and encouraged us to win the second round. There was still a chance to win, so Dogo Mura was not ready to give up just yet. In the second round, we had better coordination and strength compared to the first round. As we charged to the opponent team’s omikoshi, we were able to get it to topple over and win. In the third round, it was a close battle as both teams fought, but we couldn’t endure and lost the round.

After the omikoshi clash, we walked to our designated lunch spot with our shrine. We ate rice balls and miso soup. After that, we were assigned to carry the omikoshi around Dogo Park to various houses for about two hours. While Dogo Mura carried the omikoshi around the area, we stopped at different houses to receive blessings from the families in the community; usually, in the form of a certificate with sake. The event ended in the evening, with everyone returning to their homes. At the end of the day, I received from Dogo Mura a certificate for participating in the event.

Once in a Lifetime

Despite the harsh aspects of the festival, such as carrying the shrine and walking in the heat, it was very rewarding to be a part of something special; to be a part of a local community. I felt that my bond with my friends and Dogo Mura grew stronger. Moreover, this event helped me see my capabilities. I was able to work well in a team with friends, build endurance, and stay committed till the end of the festival. I saw the potential in me to do anything as long as I believed it was possible and gave it my best. But most importantly, I enjoyed every moment of this event. One of the biggest takeaways I got from this experience is to always try something new even if it might seem scary or challenging. By overcoming my fear of participating in the omikoshi festival—especially the clash—I was able to experience an unforgettable day in my life in Japan, Ichigo Ichie (a once-in-a-lifetime experience). This event would also become the starting point of my many adventures in other events in Japan. 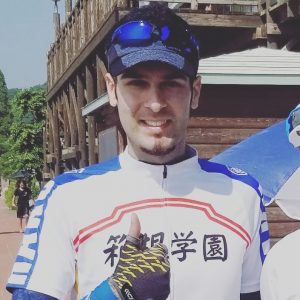 Eahab Masoud was born in California, U.S.A. but grew up in Palestine. Living in different countries, Eahab enjoys learning about different cultures and languages. Japan is a country he has always wanted to learn about, especially its language, culture, and its people. This is his second year as an English ALT (Assistant Language Teacher) in Matsuyama, Ehime. During his first year living in Matsuyama, he participated in many events.

email
Community, From the MagazineOmikoshi