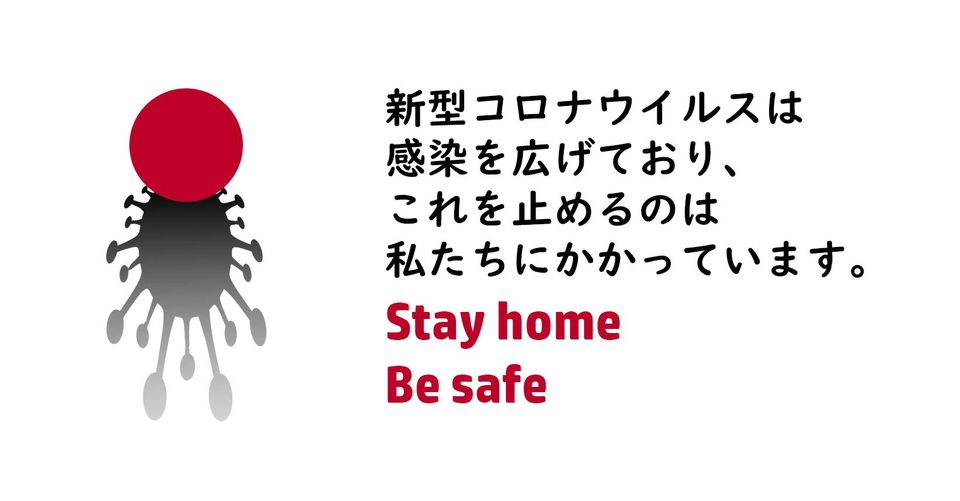 WHAT ARE YOU DOING IN YOUR COMMUNITY?

My name is Simon Yates, I’m from the UK. I came to Japan straight out of university at the age of 23 and went to Japan thinking it would be a stopgap for one or two years. That was 27 years ago, and I’ve been here in Kansai ever since. In my final year at university, I actually applied and didn’t get into the JET Programme and ended up coming over here with NOVA when it was still Japan’s biggest chain of private language schools. I worked in the branches and in the main office for a total of 14 years until the initial incarnation of the company went bankrupt. These days, I’m a Business English trainer at a multinational chemical company in Osaka.

Over the last few months, I’ve been producing a daily English-language summary of Japan’s COVID-19 related news, which I post to my timeline and share with the Covid19 Japan Discussion Group on Facebook. It’s a quick read with screenshots of headlines, official infection numbers, and other important details mostly taken from the morning’s NHK TV bulletin. It brings people up to speed with what’s going on and gives them an idea of what Japanese people are hearing from their mainstream media.

My process for this is pretty rudimentary. I usually get up at 6:45 every day and grab screenshots from NHK’s Kansai news bulletin at 6:53 and the national bulletin at 7 a.m. I don’t even have a TV recorder; I just take pictures of the TV in real time with my phone. Then I upload pictures and caption them with a translation of the text or quotes. Sometimes I add background info for overseas friends, and I put in the occasional comment or opinion of my own.

Overall, people have been extremely positive about what I’m doing and say that it’s been a very helpful service for the foreign community here–people who are busy, people who don’t speak Japanese, people who don’t have TVs! Others like the humour I inject and say that it makes the often-frustrating news easier to digest. I don’t go out of my way to be funny, but I’m quite dry and cynical by nature, which is entertaining I guess.

WHY DID YOU DECIDE TO DO THIS PROJECT?

Starting the Japan COVID-19 news summary wasn’t really a conscious decision. I’ve been working from home and without my usual three-hour daily commute, I had time to follow the news closely, share articles and website links, and comment on things as I saw them. There was info I was seeing on Japanese TV that wasn’t being picked up in the English-language media, especially some quite interesting graphs and infographics. On the newspaper sites, graphs and charts often don’t make it into the English-language articles because the text in a jpeg or png file can’t be copied and pasted into a translation engine and then replaced. You have to reproduce the whole graphic from scratch. So they often just don’t bother even though these are the quickest and clearest ways for the reader to get information and see trends.

So I started picking stuff up off the TV more often, just one or two pictures with comments at the beginning. By the middle of April, my news summary had basically morphed into its current form of a daily report with 20-30 screenshots. I’ve been at this for over 120 days straight now. I was kind of looking forward to giving it a rest once the State of Emergency was lifted, but the seeds of the second wave were already sprouting even as Tokyo lifted the remnants of their first wave restrictions. So infections are rising again and I’m still chained to my keyboard every morning.

I try to keep my posts upbeat, and I would hate to be accused of bashing the Japanese as a people. However, looking back, a lot of what I wrote in April and May was underpinned by frustration with the government for what I saw as a failure to prepare, particularly in terms of protecting frontline medical workers. I felt that the country had a chance to learn lessons from China, mainland Europe, the UK, and the USA before things started to get serious here and missed some opportunities to do so. In the end, we avoided a collapse of the medical system, but I’d say the jury is still out on whether that was due to good policy and leadership, pure dumb luck, or factors still unknown.

WHAT LESSONS HAVE YOU LEARNED ALONG THE WAY?

In the middle of a pandemic, I am very lucky to be where I am doing what I do. I have been able to keep working from home and look after my daughter even when the schools were closed. I’m also very happy that I have been able to do something for the community in that time too.

“The Japanese people have once again shown remarkable patience, forbearance, and cooperation…”

The Japanese government could have done better and could still be doing better, but when you look at other countries, they could be doing a lot worse too. In my opinion, the absence of an effective political opposition over the last few years has been unfortunate.

The Japanese people have once again shown remarkable patience, forbearance, and cooperationin shouldering the social and financial burden of ad-hoc requests from the government.
Japan’s international reputation for cutting edge technology has been hurt by reports of the country’s fax machines, paper-based administration and an initial resistance to remote work and schooling. But the bidets are still world beaters.

Japan has an underclass living in poverty. Living here, I had bought into the idea that Japan is a largely middle-class society without extremes of poverty. However, this pandemic has flagged up a considerable number of vulnerable people who are being overlooked by the government and protected by a patchwork of NPOs.

WHAT OTHER THINGS ARE YOU DOING DURING THESE TIMES?

Not a lot really. Being at home all day rather than leaving at 7 a.m. and coming back home at 8 p.m. has allowed me to do more cooking and cleaning, do things around the house, and spend more time with my daughter.

My son is studying in the UK and we haven’t seen him for a year. The original plan was for him to come back for a month this summer but there was too much uncertainty about immigration and quarantine. So it looks like we won’t see him ‘til Christmas maybe. It’s been hard on the family but we have Skype, Line, and email so we can keep in touch and video chat.

ANY MESSAGE YOU WOULD LIKE TO LEAVE OUR READERS WITH?

It’s tough being in a foreign country in a crisis, especially one that may require you to interact with the medical system, but there is information and support available out there. Stay safe, try to keep things in perspective, and reach out for the help you need.

As one small part of that, feel free to follow my posts on Facebook (search for Simon Yates, or Kansaimon) and/or join the Covid19 Japan Discussion group.

But if you need serious help or counseling, then please check in with TELL, for free counseling and support in English.

Simon Yates is a business English trainer at the Osaka headquarters of a German multinational chemical company. In his free time, he plays guitar in cover bands in Kobe and Osaka but often wonders why he loves doing something he is not very good at. As age catches up with him, he also wonders whether his Impostor Syndrome was actually just sporadic recognition of the Dunning-Kruger Effect. There may be a novel in him somewhere, but right now he’ll settle for catching up on his To Do list.