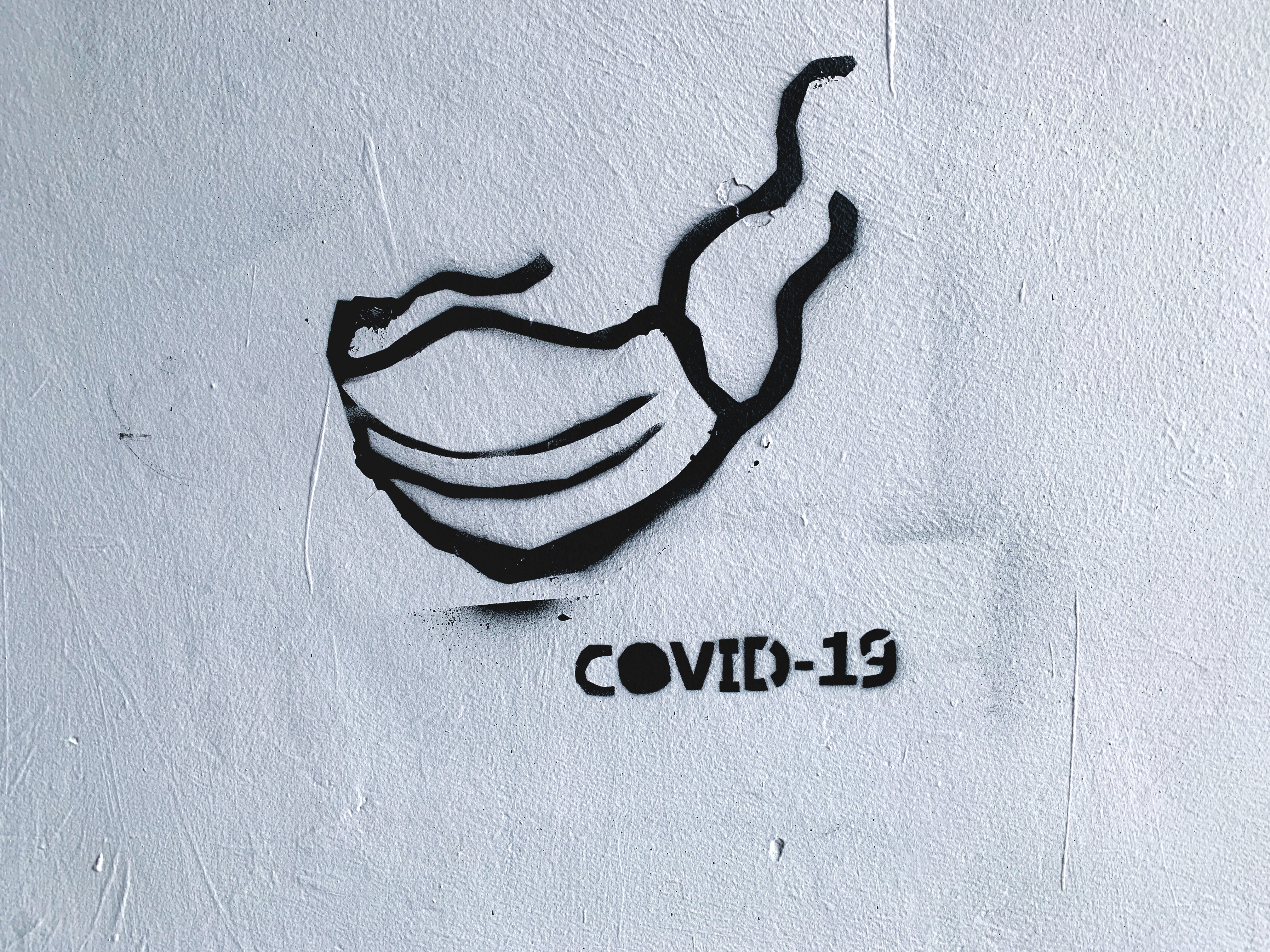 Coronavirus, or COVID-19, has, in the space of a few short weeks, become an international problem. At the time of writing, the disease has been confirmed in 113 countries and territories with well over 110,000 cases. (1) Despite its origins remaining unclear, its global impact is irrefutable, and the effects have been felt across the world. It seems COVID-19 is capable of more than simply making people sick—it continues to test economies, cause political unrest, divide countries, close borders, cancel public events, and has revealed some interesting human behaviour during times of crisis, confusion, and fear. The travel and tourism industry has suffered immeasurably, perhaps more than any other, but what about its impact in Japan? 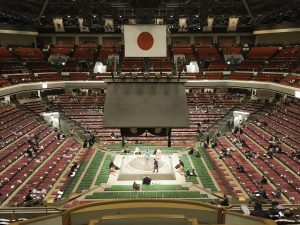 The first case in Japan was confirmed in mid-January. (2) It’s no secret that initially, public and government reactions were slow—despite countries such as Vietnam closing schools early on, Japan’s remained open. As of late February, there were no checks being conducted at Japan’s major airports. Popular attractions and tourist hotspots remained open. It seemed to be ‘business as usual,’ save for one cruise ship which had been docked in Yokohama for weeks. The government’s reaction to the crisis aboard the Diamond Princess would be a grave indication of things to come. It was widely criticised as being too slow, too bureaucratic, and ultimately a prime example of what not to do during an outbreak. Witnesses reported chaotic scenes in which no one individual was responsible for infection prevention, passenger quarantine, and/or plans for disembarkation and containment. In the confusion, the Japanese government underestimated the risks, ignored recommended medical practice for evacuating passengers, and activated only low-level protocols for dealing with such outbreaks. Seven people died and nearly 700 were infected, including several government officials who were dispatched to deal with the virus (and who vastly outnumbered the medical and epidemiological professionals onsite). (3) (4)

Over the course of a few days at the end of February, Prime Minister Shinzo Abe would announce a government recommendation that schools be closed to students, and asked companies to consider allowing employees to work from home where possible. There were no new travel restrictions, however. In fact, for weeks the government had only restricted entry by people from the epicentre of the outbreak in Hubei province, and it wasn’t until well into March that any additional restrictions were put in place. (5) Any real decisive action remains to be seen from the government of Japan—there have been economic assurances for small businesses, and some financial support offered to parents dealing with the school closures, but other than that, Abe has made only suggestions, recommendations, and requests. 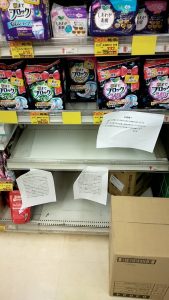 Ultimately, companies, schools, and local governments have been left to their own devices in deciding how to react to the presence of COVID-19 in Japan. Once schools decided to close in Tokyo (in part as a result of the school closures in Hokkaido), many attractions followed—places like Disneyland, Universal Studios, and FujiQ Highland all announced they would close until (at least) mid March. The Kabuki Theatre cancelled all performances for a fortnight, and for the first time in the sport’s history, the Osaka sumo tournament would be televised with no live spectators. Concerts were cancelled or postponed, leaving the thousands of students who were off school with not much to do but congregate in Shibuya, and tourists putting off their travel plans until a later time. For an up to date list of the numerous closures, I am maintaining a live tracker here.

In the absence of any real guidance or advice from the top, the responsibility of prevention and protection has fallen to the Japanese people, with mixed results.

In some cases, the reaction has been decisive and effective. Some companies began to boldly go where no Japanese company had gone before—the world of telework. Employers such as Panasonic, NEC, and Mitsubishi asked (or, in some cases, mandated) employees to work from home. (6) In a country where physical presence and long hours are highly valued, and technology is not, this was a huge step forward. Some education authorities allowed their teachers and ALTs to work from home, however others did not. ESID remains the ethos of the ALT experience in Japan. It will be interesting to observe whether the concept of remote working in Japan outlasts the course of COVID-19. Additionally, the number of cases of the flu has been far lower than last year. This may be because more people have received a flu shot (there was speculation early on that this might protect against COVID-19), or because the population is now simply more aware of hand hygiene and preventing the spread of infectious diseases. 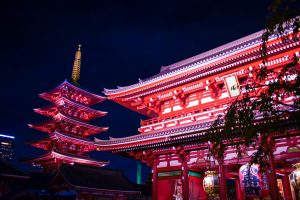 The reactions of people in Japan haven’t been all positive, however. The country has seen panic-buying, acts of xenophobia, and even one man in Aichi who, after testing positive, was not quarantined and instead went on a bar crawl, joking and bragging about having the virus to other patrons. It is not clear whether he has infected any of the people he came into contact with.

In what many describe as ‘hysteria,’ residents in their thousands have been panic-buying products such as masks and toilet paper. In early March, a Tokyo hospital treating coronavirus patients told staff members that only one surgical mask per person would be allocated each day due to a supply shortage. (7) According to a survey conducted by the Japanese Medical and Dental Practitioners Association, almost 90% of hospitals did not have enough supply of masks in Kyoto. (8) There have been robberies and fist fights over the availability of masks in Japan. To some, the desire for masks during this outbreak defied logic—the World Health Organisation have always advised that paper masks are ineffective against the virus, but public demand for them did not falter. (9) (10) 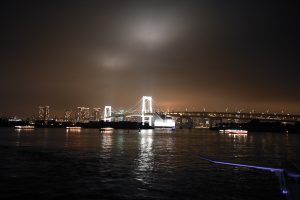 It is not entirely clear why masks are being bought up. Some speculate that it is out of habit, and that there is a deeply entrenched cultural belief amongst Japanese people that a mask will protect you (rather than protect others from you, which is what they are designed for). Others wonder if it’s just a manifestation of the confusion and uncertainty many people are feeling. In the absence of any guidance from local health officials on how to protect ourselves, it is possible many people feel that they should be doing something rather than nothing. Certainly in Tokyo, the number of people wearing masks has observably increased. It’s worth noting however that it is also flu and allergy season, which also necessitates wearing a mask for many people suffering with either. In short, COVID-19 could not have come at a worse time in Japan. Where healthy people have been bulk buying masks in a desperate bid to protect themselves, they have left little to no supplies for those who are actually sick.

The shortages of toilet paper, however, are a much more interesting phenomenon. COVID-19 is not reported to cause diarrhoea, and a quarantine at home should only last for 14 days at most. (11) Therefore, why did some feel it necessary to buy hundreds of rolls of toilet paper? Why not ensure you have hand soap or sanitiser, things the WHO have recommended people use? There are differing views on why the toilet paper shortage happened. It seems the most commonly accepted belief is that false information began circulating on social media, claiming that the raw materials for masks and toilet paper are the same, and that almost all of the toilet paper that is sold in Japan comes from China. Netizens and news outlets speculated that there would be a shortage as a result, and this became a self-fulfilling prophecy.

The Japanese government has said they will try to assist with an increased production of masks, but have not yet implemented a limit on the number of masks an individual can purchase (unlike its neighbour South Korea). On 10 March, the government approved a bill to grant Abe the power to declare a state of emergency but in the absence of any real, decisive action from the government so far, we are left wondering what the PM may announce over the coming weeks. The government has attracted a lot of criticism for downplaying the risk of the virus, especially given Japan is a country in which 28% of its citizens are over 60. (12) 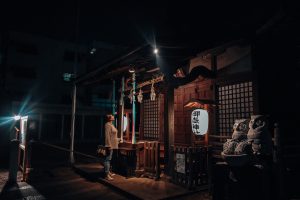 So far, it seems that the significant-international-sporting-event-which-shall-not-be-named is set to go ahead as planned*, many schools are set to reopen, some attractions have begun to welcome guests again (with extra protective measures such as temperature scanning and hand sanitiser) and it won’t be long before Japan is back to ‘business as usual’. With Japan’s leadership demonstrating such a laissez faire attitude, the implementation of any further protective and preventative measures may end up unfairly falling to its people.

*While the Olympics have now been rescheduled for 2021, sadly this decision provided weeks of speculation, uncertainty, and distraction. Time spent on rescheduling the Games could have been better used to prepare Japan’s hospitals or to consider long-term, robust measures to counter the coronavirus threat in Japan.

All Photos by: Emma Harding