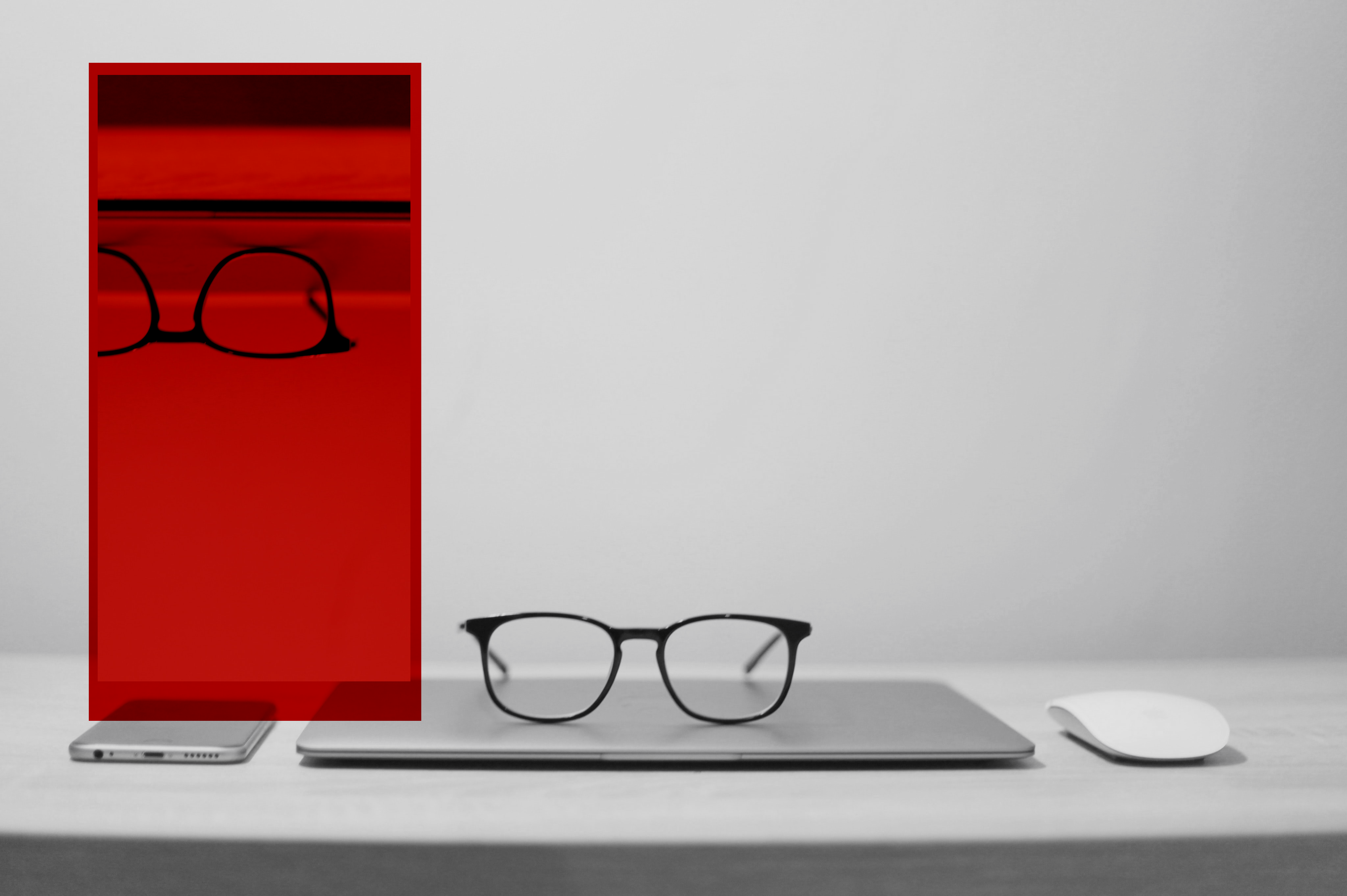 With more media becoming available online, and more streaming services springing up every day, keeping up with English language entertainment while living in a foreign country should be easier than ever before. However, some of us have found geographic restrictions to be more of a hindrance than expected. Whether that’s finding out that Crunchyroll is blocked in Japan, or just missing your favourite national television shows. Many streaming services such as Hulu or BBC iPlayer are only accessible in their native countries, and the recent announcement that Netflix will finally be streaming the Studio Ghibli films on their platform came bittersweet to those living in Japan and North America. While the rest of the world gets to indulge in the fantastic films that marked many of our childhoods, those of us living here in Japan will be left out. But all hope is not lost! VPNs are a simple and legal way to expand your entertainment options.

If you’re scratching your head at yet another technological acronym, let me give you a brief rundown on what a VPN is, why you should have one, and what your options are.

WHAT IS A VIRTUAL PRIVATE NETWORK (VPN)?

VPN stands for Virtual Private Network, which might sound even more confusing than the acronym alone. However, as VPNs make their way into the mainstream, it’s good to know exactly what they are.

A VPN will essentially make that internet tunnel secret. Your internet service provider can still see that you’re sending data back and forth down their internet connection tunnel, but they cannot access the data anymore. A VPN will mask the data being sent by giving you a virtual IP (internet protocol) address.
Your IP address is a unique set of numbers that refers to your internet connection tunnel. This is your IP address, and it locates where exactly in the world you are too. That’s how your internet use is identified. But a virtual IP address provided by a VPN isn’t pinpointing you as you sit at your laptop, it’s pinpointing a server in whatever country you choose. All your data is safe from the prying eyes of your internet service provider, and they can’t geo-locate you through your IP address anymore.

WHAT CAN YOU DO WITH A VPN?

First and foremost, a VPN is essential for internet security. For example, when you use public WiFi networks, any person can access the data that you’re sending down that “internet tunnel”. A VPN will protect you from that. Most importantly, the fact that a VPN can be virtually located anywhere in the world means that the websites you visit can be fooled into thinking you’re actually in that part of the world. So if you set your VPN to virtually locate in North America, all the websites you visit will look like the version that is displayed in North America, no matter where in the world you are. This is great for things like Netflix. If there is a show only available in America that you’re dying to watch, but you’re out here in Japan, then you can set your VPN to virtually locate you in America and access that version of Netflix (or another streaming service or website of your choice). It’s easy to switch back and forth between different countries as well. With the click of a button, you will be able to switch from Japan to North America, to Europe, and back to Japan again. Each time, you will be virtually located in that country and the websites you visit will display as such. 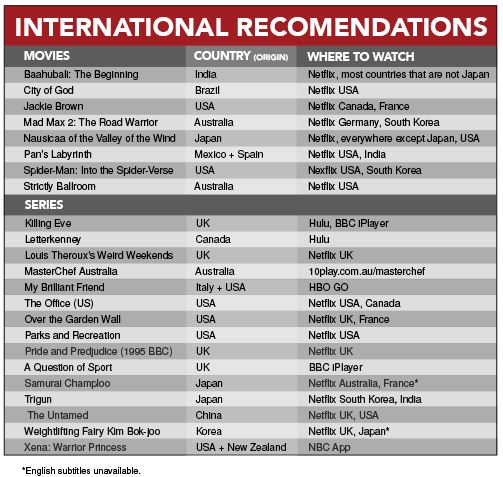 WHICH VPN IS THE BEST?

There are many VPNs on the market and that number only continues to grow. In order to give you some information on which might be the best VPN for you, let’s compare the pros and cons of three highly-rated VPNs.

NordVPN is one of the most highly rated VPNs on the market, for multiple reasons. In 2018 it won PCMag’s VPN of the Year award and has been an editor’s choice ever since. It boasts over 62 countries to choose your server from, and the ability to decide which city in larger countries like the USA. It comes with an application which is easy to install, the basic features are easy to use for novices, and it has been rated highly for first-time users. You can have six simultaneous connections across devices, which is more than the average service offers.

However, NordVPN does come with a larger price tag. A standard monthly subscription will set you back $11.95 USD, but if you subscribe to the three-year plan, your average monthly cost will lower to $3.49 per month. NordVPN comes with a 30-day money-back guarantee as well, so you have a month to decide whether it’s worth splashing out. The service usually allows you to use streaming services such as Netflix, although some individual servers will restrict your access. However, as NordVPN has over 4,000 servers to choose from, this shouldn’t pose much of a problem.

ExpressVPN is one of the other larger services on offer. With servers in 94 countries across the world, it offers the most countries to choose from of any VPN service. The interface is hailed as being very simple and intuitive for novices, and like NordVPN it comes with a 30-day money-back guarantee. Despite this, it only offers three simultaneous connections across devices and the price is relatively high in comparison to other services. A monthly subscription to ExpressVPN will set you back $12.95 USD, and a one-year subscription will lower your average monthly cost to $8.32 USD. When compared to other services, ExpressVPN does not appear to offer as many features for its higher price.

Our final VPN service on this list, Private Internet Access VPN, was PCMag’s first Reader’s Choice award for VPNs. It allows 10 simultaneous connections across devices, which is more than the average service offers, and with a choice of 32 countries worldwide it has a reasonably large choice of servers.

It’s worth mentioning here the legality of a VPN. By law, VPNs aren’t illegal in most countries, including Japan. While it’s contested that using a VPN for accessing streaming services such as Netflix should be illegal due to copyright laws, there is actually nothing technically illegal about it. However, if you’re going to use a VPN for illegal things, such as P2P file sharing (more commonly known as “torrenting”), then you are still breaking the law and can be held responsible if found out.

For more information on where you can and can’t use a VPN, check the resources box!

IS THERE SUCH A THING AS FREE VPN?

VPNs can be quite pricey, but there are free options out there! However, free VPNs come with drawbacks that paid services tend not to have. Let’s look at two of the most highly rated free options on the market.

The VPN service TunnelBear offers a free option that is hailed as one of the most user-friendly on the market. The only restriction is that you are limited to 500MB of data per month. There are more than 23 locations for you to choose from worldwide, and if 500MB of data per month seems like a tight constraint, tweeting your support of TunnelBear could mean that they up your data limit to 1GB per month. While still a little restrictive if your main purpose is streaming, this is a good option for people wanting an easy first time experience with VPNs.

Windscribe is a relatively new VPN service that boasts some impressive features, even in the free version. You get an allowance of 10GB of data per month if you sign up using your email address, and you can have an unlimited number of device connections which is even better than some paid services. You are, however, limited to only 10 location choices in the free version, and it has been noted that some of these locations can be intermittent in their connection. But with such a large data allowance, this could be the perfect option for those just starting out in their VPN journey.

HOW TO SET UP A VPN

Once you’ve chosen the VPN service that you think is right for you, it’s now time to install the application which will provide you with your VPN. Even though VPNs are very technical things, most services are extremely user-friendly. If you’re on a laptop, you’ll just have to download the application like you would anything else on a laptop and log in to your account. On a smartphone or other portable device, you’ll be able to find the service’s application through your device’s app store, then you log in to your account and you’re good to go. This process varies from service to service, but most provide a very streamlined way of setting things up, so don’t worry!

This was by no means an exhaustive list of the best VPNs, but I hope this article has been helpful in your search for a VPN and understanding how they work. Check out the resource box for more reviews and even more options. Now, go out there and consume all the Netflix you can. Totoro is waiting for you!

Hannah is a first-year ALT in Gunma prefecture, originally from the North West of England. She can usually be found on her laptop, or with her phone in hand, at the helm of CONNECT’s social media presence. Otherwise, she’s often playing Skyrim or struggling with learning Japanese.