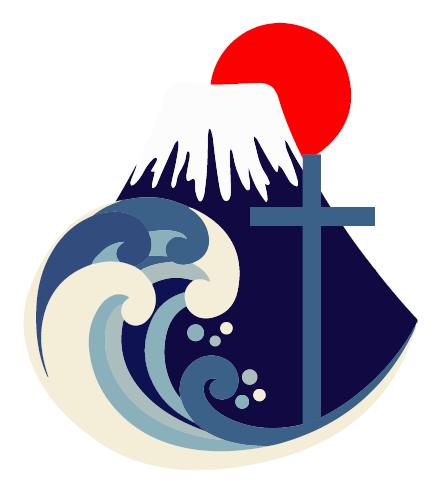 A Peek Into Christianity and the Christian Identity in Japan

Growing up in a Christian home, my favorite thing to learn about wasn’t Bible verses, Jesus’s parables, or the Psalms. Nah. Despite a fairly sheltered childhood, at the very appropriate age of twelve, I was fascinated by the gory, violent deaths of Christian martyrs throughout history. Somehow, I was able to get my hands on a book all about this child-friendly subject, and I remember spending hours flipping through the pages with rapt, undivided attention.

The book did not skimp on the gruesome demises of these Christians, early and contemporary, detailing (and maybe dramatizing) their torture. What began as morbid curiosity gave way to genuine interest, especially when it came to martyrs in Japan, of which there were surprisingly many. The most famous incident was the 26 Martyrs of Japan, where a group of Christians were killed at Nagasaki in 1597. Aside from the brutality of the execution method (being crucified and pierced with spears; a cruel parody of Jesus’s own death), their deaths piqued my tweeny curiosity because, up to that point, I hadn’t realized that Christianity was a minority religion in other countries.

As a Korean-American, Christianity played an important role in both cultures I was part of: in the United States, vacations were centered around Christian holidays like Christmas and Easter, and I used to attend one of the many Korean-American churches sprinkled across California. Although I don’t practice it anymore,

Christianity continues to influence what I consider ‘normal’ (it still feels strange we don’t get Christmas off in Japan!).

After a deep dive into Japan’s relationship with Christianity, I soon discovered that the 26 Martyrs wasn’t some random act of violence; it was both the culmination of years of complex economic, political, and cultural factors and represented the beginning of Japan’s dark history regarding religious freedom. As an island nation, Japan had very little contact with Western countries. In fact, the first-ever documented Europeans to step foot in Japan arrived by complete accident when, in 1543, two Portuguese traders were blown off-course during a trade expedition to China. Within six years of this encounter, the first Christian missionaries from Portugal set out to Japan, beginning with Kagoshima. These initial efforts had . . . mixed success on the Japanese people, and it took time to really take off. 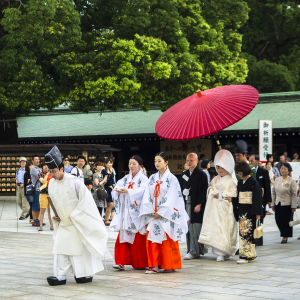 Nowadays, though, Christianity permeates many aspects of modern Japanese culture. Some of the country’s top-ranking universities, like Sophia University and International Christian University (ICU), were established by Christians and openly advocate

the religion. Western-style weddings are popular in Japan, with many couples forgoing formal kimonos in favor of dresses and suits and ditching Shinto shrines for Western chapels, complete with a white foreigner playing as the minister—regardless of whether or not they’re actually ordained. Even mainstream anime incorporate Christian iconography or themes; one of Japan’s most successful franchises, the Evangelion series, appropriates Christian mythos and angelology (the study of angels) despite staff members admitting it was purely for aesthetic reasons.

All this and we haven’t even touched on the wide array of Christian literature in Japan, including Shusaku Endo’s Silence, which was adapted into an Academy Award-nominated film directed by Martin Scorsese in 2016!

With such a conspicuous presence, it’s hard to believe that Christianity is still very much a minority religion in Japan and, despite its prevalence and general acceptance, is still considered very foreign to Japanese people. Many seem fascinated by the aesthetics of the religion, but less by the actual practice of it. In fact, the e

ntire time I lived in Japan, I’d only ever met one person who openly told me she was Christian. Still, I wanted to better understand what Christianity was like currently. I knew that there were other Japanese Christians, and it was clear research would only do so much: I would need to talk to someone who actually practiced Christianity.

Luckily for me, I knew exactly one person who did.

I was delighted to find out that she was willing to speak about her personal experience in her faith. During our conversation together, I finally found answers to my questions about being Christian in Japan, as well as further insight into why Christianity is still a minority religion despite over 100 years of religious freedom in Japan. I hope you will enjoy our discussion as well.

The following interview was conducted almost entirely in English. At the interviewee’s request, she will not be referred to by her real name nor will certain details about her personal life be revealed. In addition, parts of the interview have been edited for clarification or grammatical reasons. 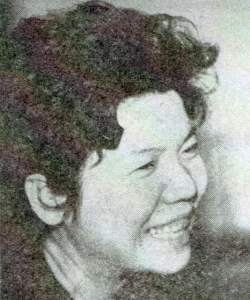 Can you please introduce yourself and your background?

I am a Japanese woman, and I began to believe in Jesu

s Christ as a high schooler. On Christmas, I went to a bookstore and found a book by a Christian author.

My family, however, was Buddhist.

Do you remember the author’s name?

Her name was Ayako Miura. She has since passed away. She wrote many novels, essays, and songs.

The book I found was titled Michi Ariki, and was about how she became Christian. I was so impressed with it. I read the book, and I felt that Jesus Christ is the real God. The Christian God is full of love, and knowing that Jesus Christ loves me, that he saved me from my sins and gave me a new life, made me so happy.

Did it comfort you to know that Jesus and God was with you?

Yeah, that’s right. I was so happy.

Really? But with Buddhism, you didn’t feel that same love?

Yeah, because when I was a child, I thought if I did bad things, I had to be punished.

In Japanese, we say “bacchiga-ataru”. If I do bad things, bad things will happen to me. It’s like Heaven is going to punish you.

Oh, I think I understand. Is it like karma?

Yes, kind of like that. I was afraid of what I might do. But, Jesus Christ is the opposite. Even though I was so sinful, Jesus Christ died for me, because he wanted to save me from sin. I was so happy to hear that he would do that so that I could live in heaven.

Were you the only Christian in your family? 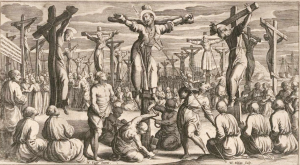 How did your family react to you being Christian?

My family was so shocked, and they had difficulty accepting that I was a Christian. I had to wait until I was 20 years old to be baptized. I told my family that 20 years old is considered a legal adult age.

How do other people react when you tell them “I’m Christian”?

Hmm. Well, when I was a university student, I told people I was Christian, but most weren’t surprised. I think it’s because there are some schools in Japan founded by Christian missionaries. Even though most students don’t believe in Jesus Christ, they know about Christianity, and their image of it isn’t so bad.

What do you think non-Christian Japanese people’s image of Christianity is in general?

In general? I think Japanese people, basically, have no religion. Things like keeping

graves clean and songs, those are more like customs, now. I think their image of Christians is so . . . katai (hard), or serious?

Well, some people think Christians are majime (strict), or too rigid. Have you heard this phrase before: “Japan is the grave of missionaries”?

No, I haven’t. Does this phrase mean many missionaries died in Japan? Or is it because people give up being missionaries in Japan?

The second one. It is so difficult for people to become Christians in Japan. The Christian population is less than one percent here.