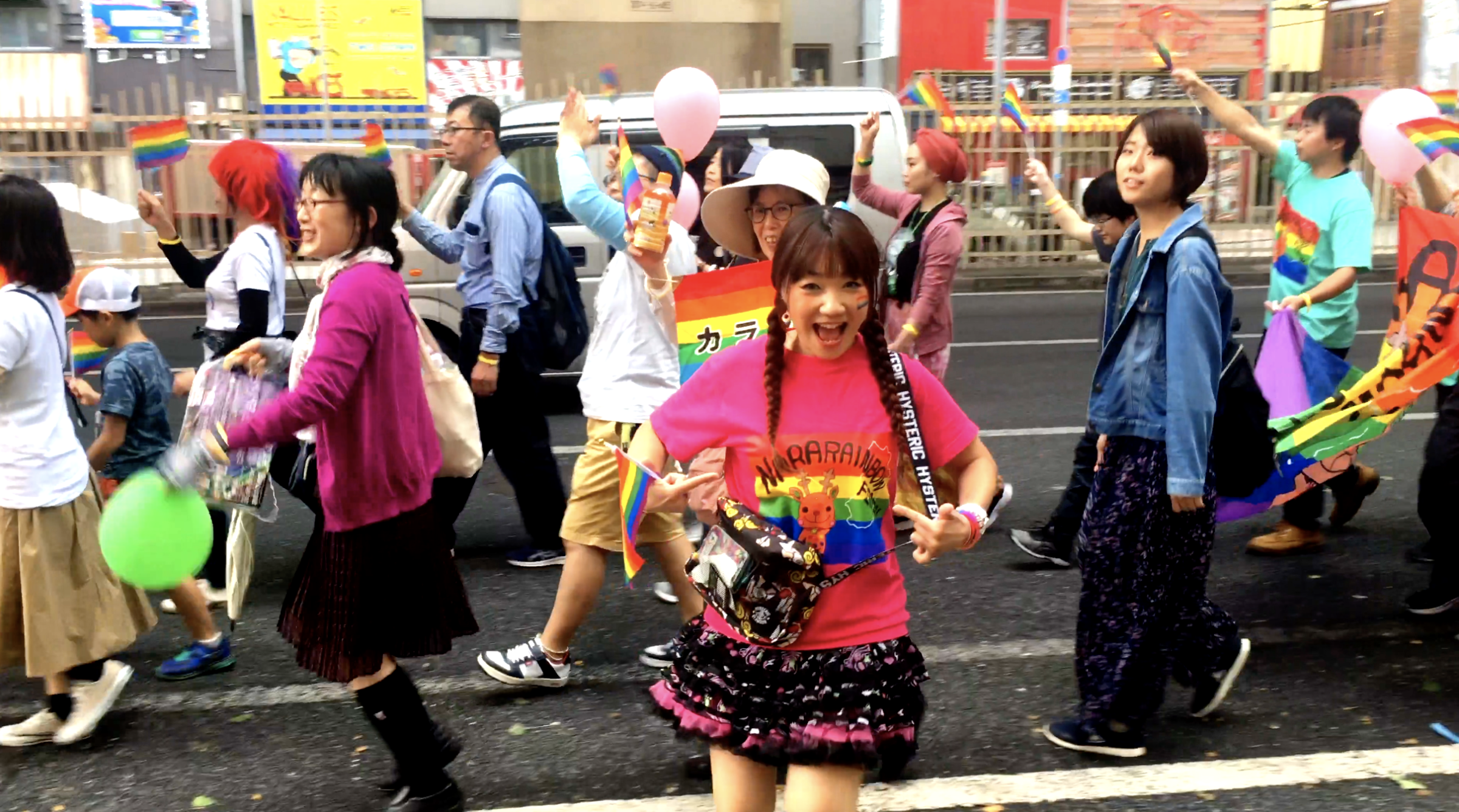 Reflections on the Kansai Rainbow Festa

Kansai Rainbow Festa was my first pride festival in Japan. I went with my boyfriend and some other JETs for the first time just over a year ago now. I was then fresh to Japan and the festival was a sigh of relief for me at the time.

Being a JET couple, my boyfriend Sam and I were both out to our colleagues and community from the beginning whether we wanted to be or not. It was nice in some ways, not dealing with assumptions of heterosexuality. But it was also draining in others, such as my partner being awkwardly asked on his first day which bathroom he would need to use, or people laughing, thinking we were joking when learning that we were a couple (ha-ha, gay people!). 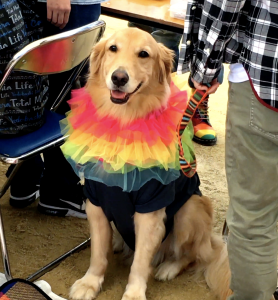 None of the reactions were surprising, but soon my everyday life of suits, seriousness, and the realities of senior high school life in the countryside left me missing the company of the rainbow (1) community and a place where my identity wouldn’t be consistently challenged or misunderstood.

The Kansai Rainbow Festa has been held at Ogimachi Park in Osaka on the third weekend of October since 2006. Festival-goers can enjoy drag shows, speeches, and other pride-like showcases, while also visiting the dozens of booths in the sandy park, which sell everything from rainbow pins and flags to cold beer and special holiday packages. There are also several events in bars and other venues in the surrounding area over the two days, however, the main event is the parade on the Sunday.

Last year’s festival happened to be held on one of the last truly hot days of the year; a very lucky thing for mid-October. We met with a group there and checked out the booths. I picked up a rainbow flag with ‘peace’ printed on it in white block letters, downed a tequila shot at the booze tent with a fellow JET, then retired back to a picnic blanket beneath a tree to cheer while two women were “married” on stage.

I didn’t get to make it to the parade last year, so when I saw the Festa coming up again in 2019 I was determined to experience it in its entirety.

I arrived at the parade only slightly worn down from drinking at gay bars the night before. The white tents, which I had spotted flattened and anchored down on Saturday, were back up and proudly showing off the flags of the community. The first day had been cancelled due to Typhoon Hagibis, so the crowds were ready to make the most out of the day.

Parade attendees were put into five groups, one of which had a strict no-photo policy to protect participants concerned about their privacy. Volunteers patrolled the groups and organised us into walking groups of three across. Over and over again they yelled down the lines, creating the most disciplined and serious parade walk I had ever seen in my life. Suddenly over the loudspeaker, we heard a giant “itterasshai”. We left the park without music, still walking three abreast, waving flags to a missing crowd. Police patrolled and watched carefully for misdemeanours while we reached the road. It felt strange. I didn’t really understand what was going on.

Back home in New Zealand, I worked at a rainbow youth charity. We had hundreds of young people with our float, most of whom held signs of protest against things such as conversion therapy, or demanding adequate healthcare for trans people. We blasted music and the sidewalks were full of people waving, smiling, and taking pictures. But in Osaka, we simply waved a few little rainbow flags at the public (most of whom didn’t seem to have any clue as to what was happening), took up a sliver of space on the road, and chatted amongst ourselves. The few trucks of dancing men and drag queen entertainers were spaced out and often split apart from the rest of the march due to traffic. It was a calm and quiet walk.

I understand that pride takes on different forms in different contexts. Sometimes it’s a protest; an exclamation of support for people of minority sexualities, genders, and sex characteristics. A gathering of activists, community workers, youth, the disenfranchised, and their families and allies. A place of discussion and change-making. And more frequently, pride is a party—a sometimes very expensive, and corporatised one.

For myself as a takatāpui activist and former rainbow youth worker, the recent development of corporatization at pride has felt uncomfortable at times.

Earlier this year in Copenhagen, I danced through the streets of the city’s pride festival, chasing after a beer keg on wheels, snapping photos with costumed performers. It was fun—I enjoyed every moment of it. But most floats were filled not by charities, or community groups, but by banks, insurance companies, and other businesses. It was a generic giant sponsored party with a rainbow slapped on top. I didn’t see anybody advocating for our rights; any young people or youth groups participating. It was as though there was no longer a need to.

The Osaka walk was different from both of these. It felt like a demonstration. A declaration of existence. There were no overbearing corporate sponsors, hundreds of rainbows with logos, or flying company banners. The parade was by, and for, the community.

I later learned that the reason we had to walk three-abreast was that if the group became too large it could be treated as something else by law enforcement; a protest or riot. For a while, I walked on the road seeing no rainbows; no people celebrating on the streets. Until in a shop doorway stood an old man furiously waving a little flag smiling and cheering for us all by himself. I would go on to spot a few people doing the same and they made it all worth it.

Even though the parade felt strange to me, I couldn’t help but grin at the high-fives, tadaimas, and otsukares from an awaiting crowd on our return. People were proud—and so happy—-that this was all happening.

Arriving back to the park, a huge cheer went up as the world-famous-in-Japan Obachaan group were for some reason scheduled to start the party. I waved my rainbow peace flag and jumped with the crowd. At this time, surrounded by the community, and unashamedly holding my boyfriend’s hand up in the air, I felt just a little bit more at home in the world over here in Japan.
Footnotes:

1) ‘Rainbow’ is used by the author to describe people of minority sexualities, genders, and sex characteristics, and the term is commonly used as such in his country. He prefers it over acronyms such as ‘LGBTQI+’ which have the potential to exclude non-Western concepts of gender and sexuality, although recognises that not everybody shares this same opinion, nor identifies as part of a ‘rainbow’ community.

Connor Mcleod is a second-year ALT living in Mie Prefecture. Before living in Japan, he worked with schools, universities, and community groups to give rainbow people in Aotearoa, New Zealand a sense of safety and belonging. He enjoys gardening and experimenting with vegan cooking using Japanese ingredients in his spare time.