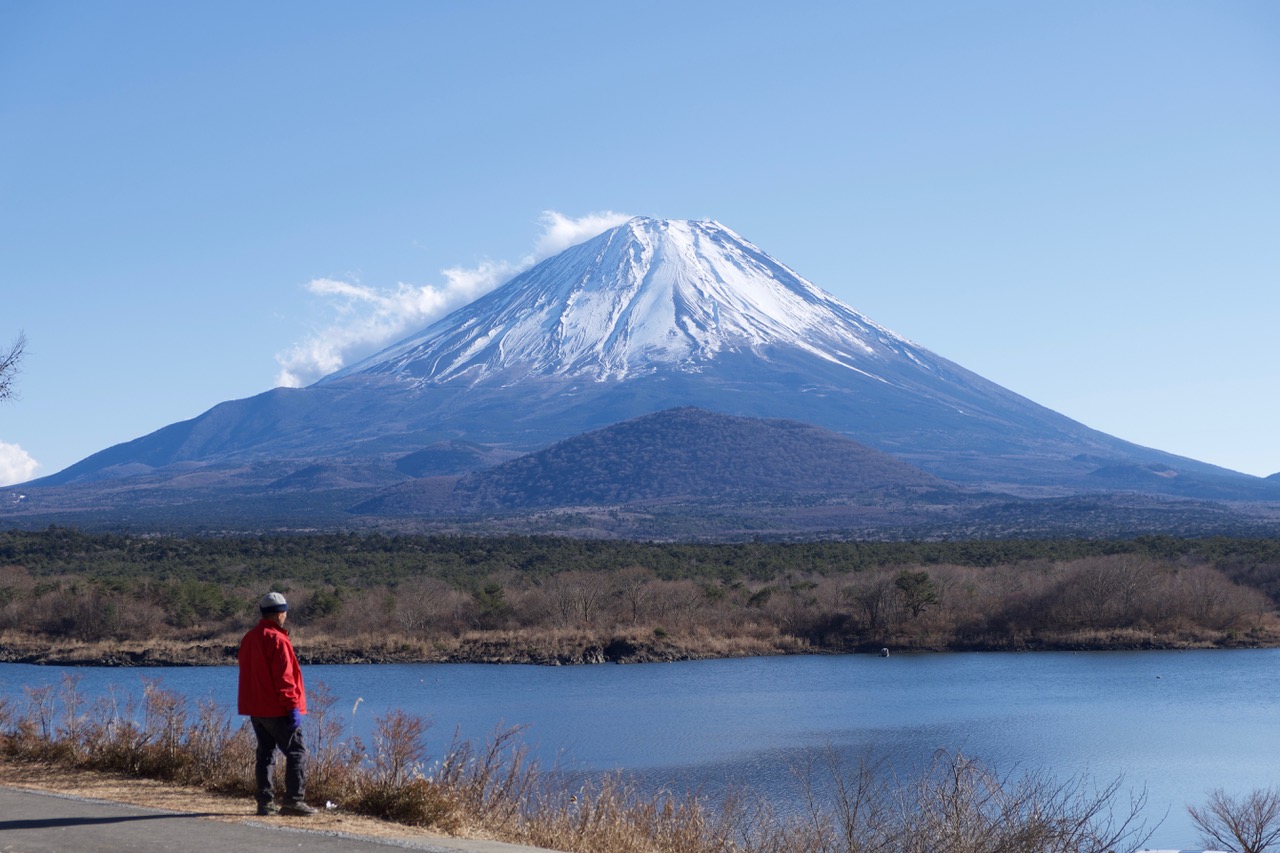 The prospect of moving to a new country and making new friends can be a daunting task— especially when moving to a country as culturally different as Japan. Ultimately, new friendships will largely define our experience living away from our home countries, which is why it is important that we start our new lives with an open mind and an open heart. This is what I set out to do.

The friends that we make can be grouped into two main categories: international residents such as ourselves, and those who are native to your new country. For better or for worse when I came to Japan last year as part of the JET Programme, I consciously decided not to restrict myself to the expat community. I wanted to immerse myself in Japanese culture as much as possible and felt that this would be hindered if I only mixed with other English speakers.

I decided to focus on integrating with my Japanese work colleagues and other Japanese friends that I made along the way. Ultimately, I achieved this by making a conscious effort to speak to my colleagues and perhaps even more importantly, ask them for advice. Whether it would be a question about how to say something in Japanese or where to find something in the supermarket, I would ask them. I believe this played a big role in building relationships with them.

In hindsight, choosing to focus on only making Japanese friends was a choice that I didn’t need to make. I could have just as easily made friends with other English-speakers too and balanced both groups of friends together. Throughout my first six months in Japan, I made wonderful friendships with Japanese friends, many of whom I now consider to be friends for life. At the time, however, I felt like something was missing.

In the following six months, I decided to mix more with the expat community and I found and made connections that I didn’t even realise I was looking for. As obvious as it may seem, I found that they were going through essentially the same experiences and emotions that I was going through. Everything from missing friends and family back home to wondering what career to pursue after teaching in Japan—these were all things that only they could relate to.

Like many who move to Japan, I hit the ground running with a very busy schedule. On the first day after landing, I attended a two-day orientation before I was whisked away to my new home in Fukushima Prefecture. When I arrived there, a few days were allocated for sorting out my new bank account, mobile phone and gas and electric suppliers. Then in between all of the different welcome parties and other gatherings, I started my new job—all before I ever had a moment to process that I had left my home to start a new life on the other side of the world.

It wasn’t until I took annual leave around Christmas time that I actually processed everything for the first time—it was also the moment when the excitement of living somewhere new started to wear off.

This is a moment that all expats go through and it is only them who truly understand and can help you through it.

After one year living in Japan, I am happy to say that I have made strong connections with other foreigners, as well as Japanese friends, and I am now doing a better job of balancing and even mixing both groups of friends together. Several months ago, I invited some English teachers along to a dinner with some Japanese friends and we had a wonderful evening as we laughed and joked about cultural differences over a traditional Japanese BBQ. My only thought after dinner was that I should have mixed these groups of friends sooner.

Throughout this past year in Japan, I have made friends from other English-speaking countries such as America and Canada and it has been an absolute joy discussing the different words that we use to describe the same thing, despite speaking the same language. I have also made Turkish friends in Japan, which has been a blessing as this is a side of my culture that I haven’t been able to share as much as I would have liked to in my life so far. To be able to talk to them in English, Turkish and Japanese (and sometimes a combination of all three) has led to some of my most precious memories here in Japan.

Don’t Let Language Be A Barrier

On the surface, you may think that not being fluent in Japanese puts you at a disadvantage with making new friends in Japan. In fact, in many instances, the opposite is actually true as many Japanese people would love the opportunity to connect with someone from abroad.

Generally speaking, Japanese people are a bit more reserved than people from Western countries, but this is by no means a roadblock to making new friendships. It just means that you may need to be the one to make the first move to initiate the relationship. When you start working in Japan, you will be shown a very warm welcome at the start and perhaps will even have a welcome party.

However as you would expect, the rockstar treatment will start to fade away and it will be down to you to make more effort with your colleagues, not the other way round.

You may also find departmental barriers at your workplace too but these may not necessarily be unique to Japan. At a work enkai in my first year, I started speaking with one of the teachers and over time we went on to become good friends. Out of curiosity, I asked him if he had spoken to other English teachers from abroad in the other schools that he worked at and his answer was quite interesting. He said he hadn’t spoken to the English teachers before because they were not part of his department.

In all honesty, the same scenario could play out in any line of work anywhere else in the world. I took this example as another healthy reminder that it should not always be left down to the other person to start a conversation. A little effort on your part can go a long way, don’t miss out on making friends through fear of standing out.

It’s also important to recognise that communication goes beyond language alone. Some Japanese people can be excellent communicators and get their point across using keywords and gestures. Others, however, may know a bit more English than they initially let on, but may not have the confidence to speak with you at first.

In both cases, striking up a conversation with someone about your own study of Japanese is an effective way to start talking to someone new in Japan. In fact, everyone in Japan can remember how hard it was to learn kanji, so when I meet new people I often bring it up in conversation and it helps us form a mutual respect for each other. Asking for recommendations is also a great way to start a conversation. For example, asking where the best ramen restaurant is or where the best place to view the cherry blossoms is, are two questions that anybody would be more than happy to help you with.

Making friends with other international residents, however, is a process that can be almost instantaneous, as you are already connected by the fact that you both took a leap of faith and moved to Japan. Meeting one another couldn’t be easier in the modern-day, especially with social media groups in place to connect people and arrange meetups.

For example, here in Fukushima we have FuJET, an organisation run by Fukushima residents on the JET Programme, however, it is open to all international residents. FuJET have a Facebook group which they use to arrange trips and events both inside and outside Fukushima and I have found it to be a great way to meet other international residents here who work in different types of jobs outside of teaching.

Each region of Japan will also have various international associations, language exchange meetups or even tours arranged by the members of the community. In Koriyama City in Fukushima for example there is the Clover Ladies tour, which is a fine example of locals getting together to help teach expats about the local area and its history. Any one of these paths provides a chance to meet so many different types of people from all walks of life that you would otherwise not have the opportunity to engage with.

A Journey of Self-Discovery

One of the most important things that I will remember about my time in Japan is my own journey of self-discovery and the realisations that I have come to while being away from home. In my life, there are three facets that I feel are very much central to my core—my Londoner side, my Turkish side and the side that lives in Japan. Each culture in its own right has shaped the person that I am today.
Did you notice how I mentioned London specifically and not the UK? The reason for this is because I have seen virtually nowhere outside of London. Since moving to Japan, I have met many other expats from all over the UK, each from places that I have heard of but could never pinpoint on a map. I’ve learnt much about the UK’s varied regions and vast cultural differences despite being in Japan. It does feel strange that I know how to navigate Japan more than the place where I spent the first 30 years of my life. This is something that I plan to change, and it took me moving to Japan to come to this realisation.

It’s merely a roll of the dice that determines where you are born on this planet of ours; don’t let that limit your experiences. The different cultures and different languages of our world may separate us, but they can also be what bring us together.

I’m sure when I look back on my time in Japan, I will have nothing but fond memories of my experiences, but the truth is they wouldn’t be half as memorable without the friends that I have made along the way. If I could pass on one piece of advice to you, whether you are already in Japan or planning to move here in the future, it would be to be open. Be open to bonding with both expats and Japanese people, be open to meetups and other events and be open to new experiences. It is only when you are open that good things will come to you.

The world has never been smaller and more connected but by making friends from other countries, your world has the opportunity to be wider. Embrace these friendships and see where your journey takes you.

Şenol Hasan is an English assistant language teacher (ALT) for Motomiya City in Fukushima prefecture. In August 2018 he left his former life in London, where he worked on construction projects for an NHS Hospital, to embark on a new adventure in Japan. When Şenol is not in the classroom, he is out on the road exploring Fukushima and Tohoku. Şenol was born and raised in London, however, his family are originally from North Cyprus.

All photos provided by Şenol Hasan

email
Community, From the MagazineALTfriendshipFuJETFukushima Prefecture